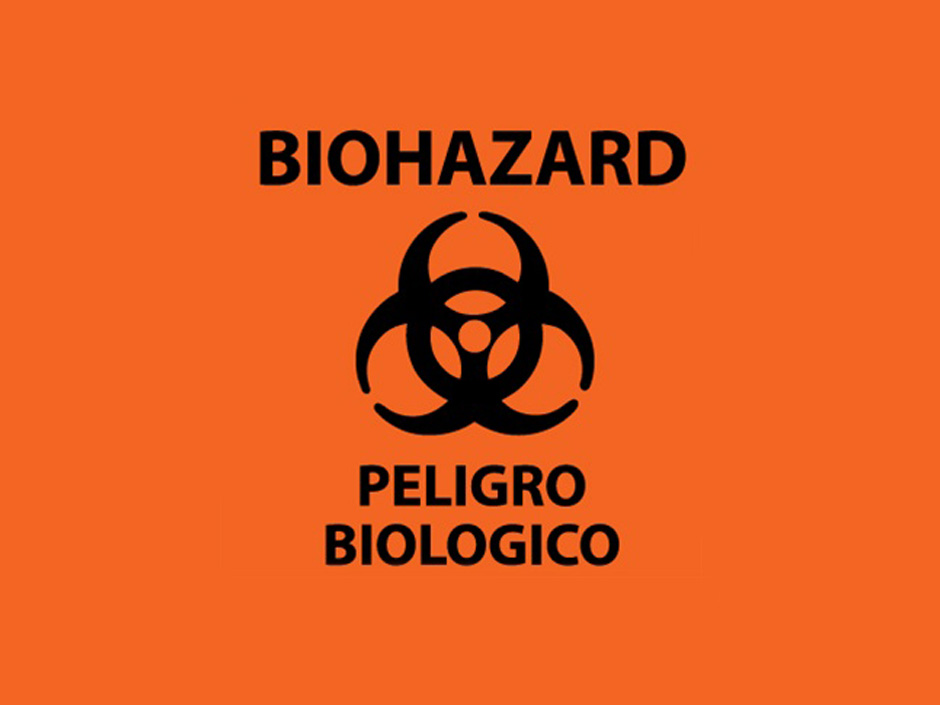 I hope you survived the weekend and the ravages of the growing Corona virus epidemic. Over the past few days I’ve seen increased chatter in the comment section about stocking up on food, water, and basic supplies (like hollow point bullets for the impending zombie apocalypse). Let me tell you that this is a much easier endeavor back in the U.S. where a) fridges and freezers aren’t the size of small shoe boxes, and b) population density is a lot lower than over here in Europe.

Mrs. Evil and I always have a 1-month emergency food supply at hand, but if Corona strikes over here in Spain we’re probably going to catch it as Valencia is a major tourist hub. As far as I know (and I may be wrong) Spain does not seem to be taking any precautions regarding the looming threat of transmissions given the millions of people that pass through this country every single year.

Worst yet – in a few weeks the annual Las Fallas celebrations are scheduled to begin, which is expected to bring hundreds of thousands of people to the city of Valencia alone. I haven’t heard a peep from our city government about the real possibility of contracting the virus while masses of international (and potentially contagious) people prowl the streets in close proximity, most likely whilst being intoxicated.

Luckily for now there have only been two reported cases of the Corona virus in Spain: one on the remote island of La Gomera near the African West coast, and one on the island of Mallorca which happens to be only a 1-hour flight away from where I live. As a matter of fact there’s a ferry that travels directly from Valencia to Mallorca and only takes 2 hours to get you there.

What can I say – Spaniards and the concept of emergency preparation are a bit like oil and water – they just don’t mix. 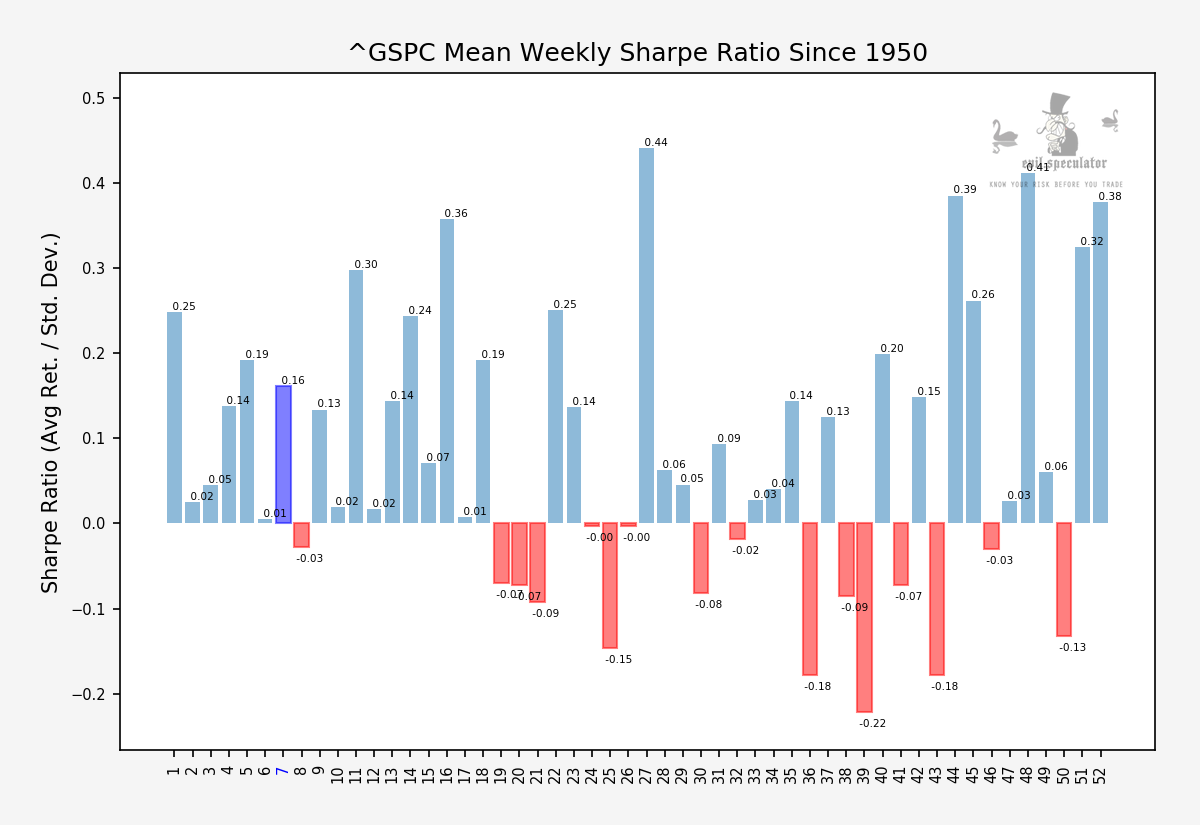 Let’s kick off the week with our weekly statistics. Sharpe ratio is looking pretty good with an average of 0.16. It’s not much to write home about but it’s the best February has to offer. Remember we hate February and we are long March. 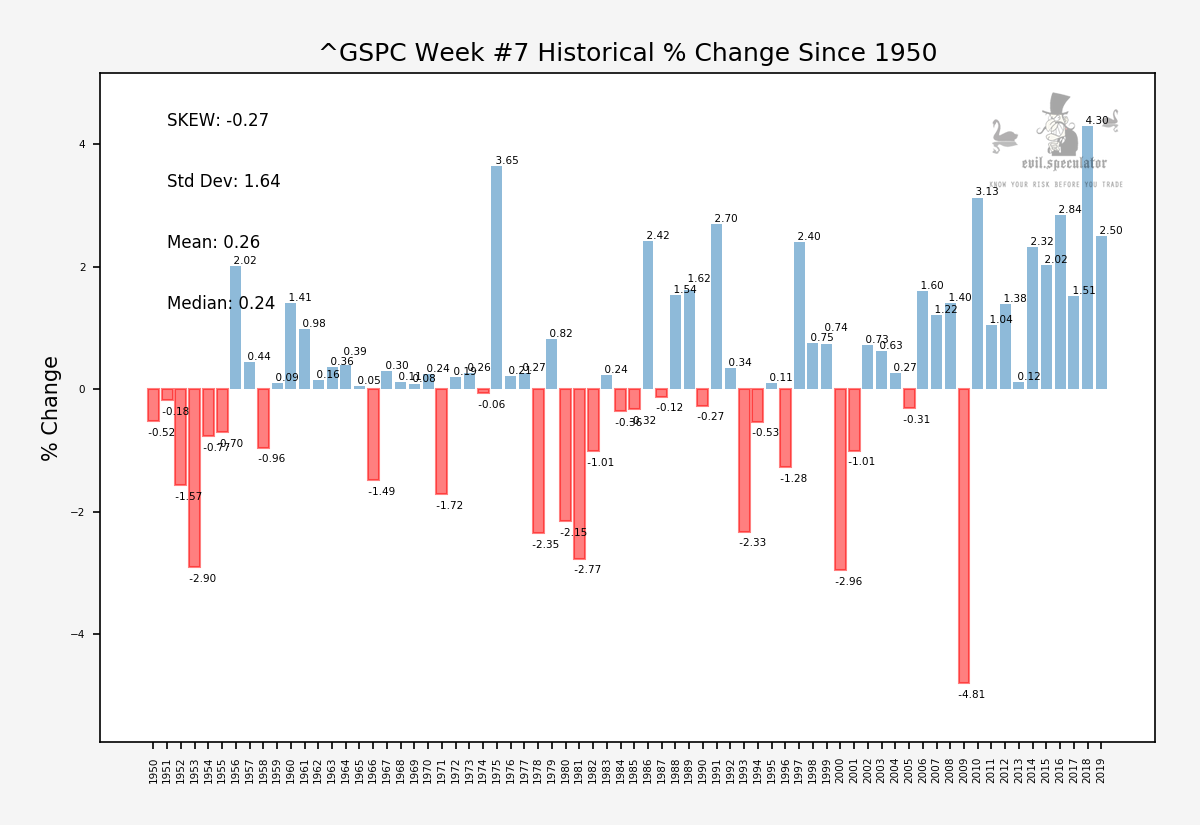 Weekly percent change is very interesting to say the least. Until the 2008 financial crisis week #7 was a bit of a mixed bag. Positive on average but plastered with large negative outliers. Since 2009 that has been completely shut down as it has been smooth cruising ever since. 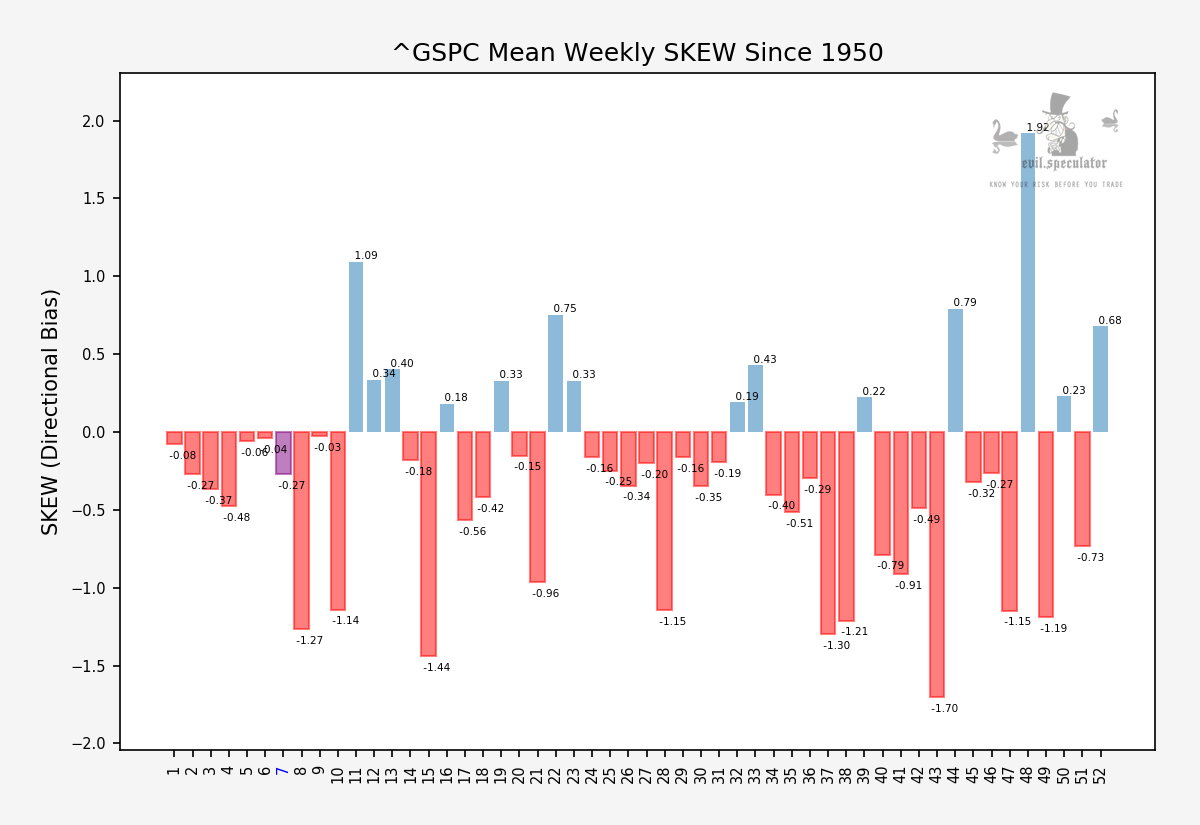 Weekly SKEW is slightly negative but not hugely so, meaning the distribution of winners and losers is fairly ‘normal’ from a statistical perspective. 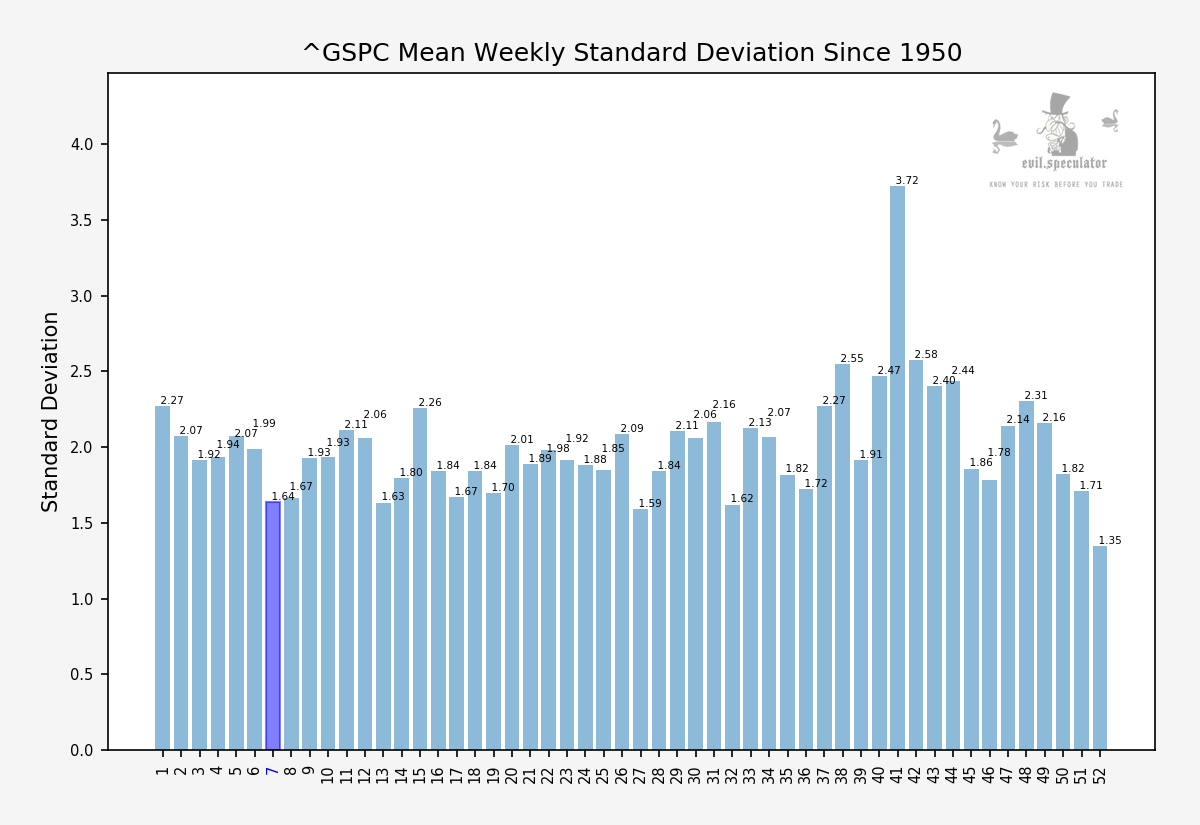 Weekly standard deviation is actually quite contained at 1.64. What the means to you as a traders is that we should – as a whole – not expect huge swings, but I made that emphasis due to week seven’s historical propensity of suddenly falling of the plate.

Find my bottomline assessment and list of weekly stock victims below the fold: