Steady As She Goes

So our new Fed chairwoman (so they say) Janet Yellen is scheduled for the Congressional hot seat this morning. Based on her track record the overall consensus is that she doesn’t intend to rock the boat, which probably means more of the same extended QE approach we have seen during the Bernanke years.

Nevertheless we should expect the MSM clown parade hovering over every single word she’ll utter this morning, and that means possible gyrations during and shortly after her speech is being digested. Which also means I’m not touching anything with a ten foot pole until she’s done and then some. 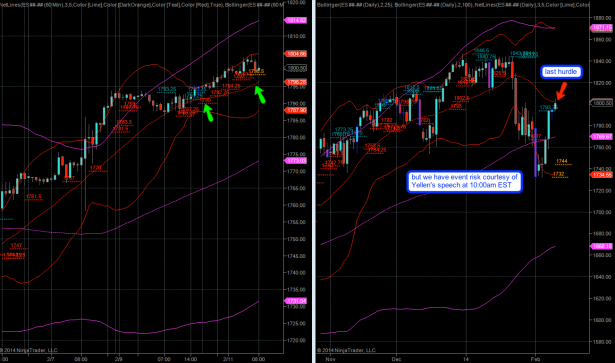 However if she indeed assumes a ‘will not rock the boat’ stance then our technical support/resistance clusters should hold up as they did last week during the NFP report. I fully expect to eat my words later this morning but let’s review them anyway 😉

The spoos are still riding the 25-hour higher. Good chance we’ll see some wild spikes but if it holds then we may have a good chance to push above that 25-day SMA which is currently being tested. That daily NLSL at 1793.75 is still blocking the way as well – both will have to go away in order to lead us higher. I think for the bears this is really the last line of defense – and theoretically there is an opportunity here ahead of Yellen’s speech. I do not think that the bulls are out of the woodwork just yet – Yellen Schmellen – price is the final denominator. 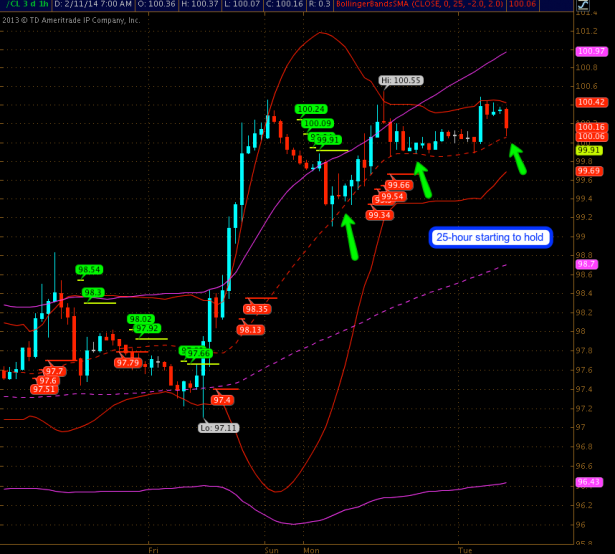 I also like crude this morning and I wish there was no event risk right now. I’m going to wait until after Yellen and with a bit of luck that 25-hour will still be in place. 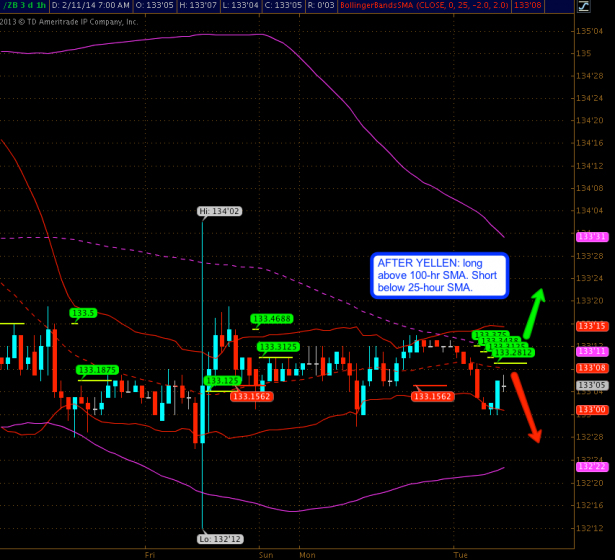 Bonds are in a sideways pattern and those Bollingers are converging. I expect a big move here shortly and that 100/25-hour combo makes for a wonderful inflection point. Triggers on the chart. 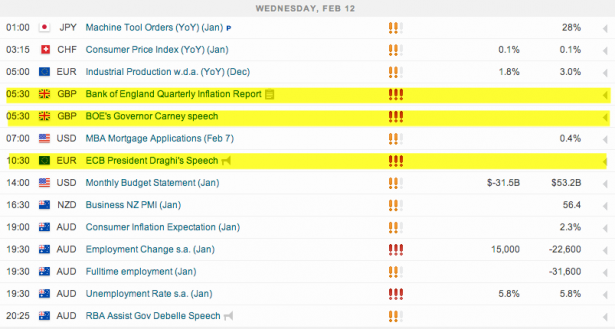 Talking about event risk – tomorrow will be Europe’s turn when both Carney and Draghi are scheduled to deliver their respective speeches. So if you’re in any GBP related trades you want to probably be out tonight unless you’re on the East Coast and a very early riser. Any short term setups tomorrow morning will also be subject to a possible grenade dropped by Draghi – you cannot never read the guy and he enjoys pulling surprises on us yanks 😉

Bottom Line: I expect muted price action ahead and then after Yellen’s speech in anticipation of tomorrow’s news circus. Plus Yellen speaks again on Thursday – oh joy. This will be a rough week with market moving events scheduled every day – batten down the hatches and keep your emotions on an even keel.