Still Room To The Top 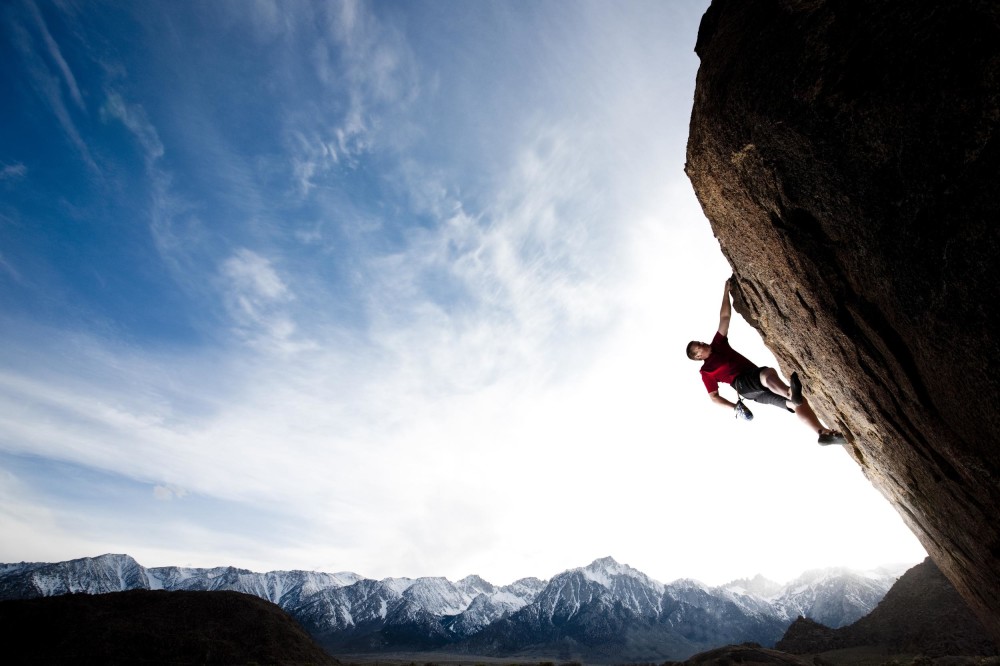 It’s lonely at the top, so the saying goes. But we’re not even at the top yet and I am already noticing a distinct lack of good company. I was pondering a bit yesterday on the fact that I hadn’t seen a single joyful comment regarding the ongoing two week plus rally, especially given that there hasn’t been a single attempt to produce an obligatory correction. What I did notice was a heck of a lot of chatter regarding the miners and pretty much everything else. The big elephant on the trading floor remains to be this relentless equities advance which for some reason is barely being talked about. Not counting of course the obligatory MSM clickbait attributing it to Trump, a flurry of sun spots, the Easter bunny, or whatever.

And my suspicion is that the lack of attention may be a symptom of the very lack of participation that has been fueling the ongoing rally in the first place. I’m quite comfortable to proclaim at this point that almost nobody hopped on the bus two weeks ago, perhaps due to ideological reasons, personal opinions, directional bias, or various other reasons. Except yours truly of course and perhaps a handful of stone cold system traders. Because technically speaking this one was clear as crystal. And I’m not talking about the extent of the rally, which nobody could have predicted, but about the inflection point that had presented itself at a moment when very few participants apparently had paid attention. 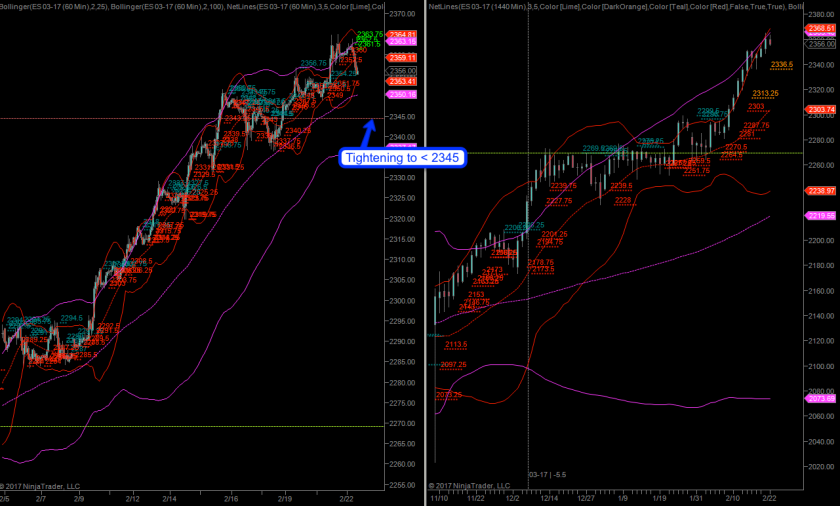 And to the victor belong the spoils, or perhaps in this case it’s a matter of being one of the last men standing? [yeah I’m not changing that for the sake of political correctness]. As I’m now 6R+ in profits I’m now tightening things up a little by moving my trailing stop to below 2345 – an easy number to remember 😉 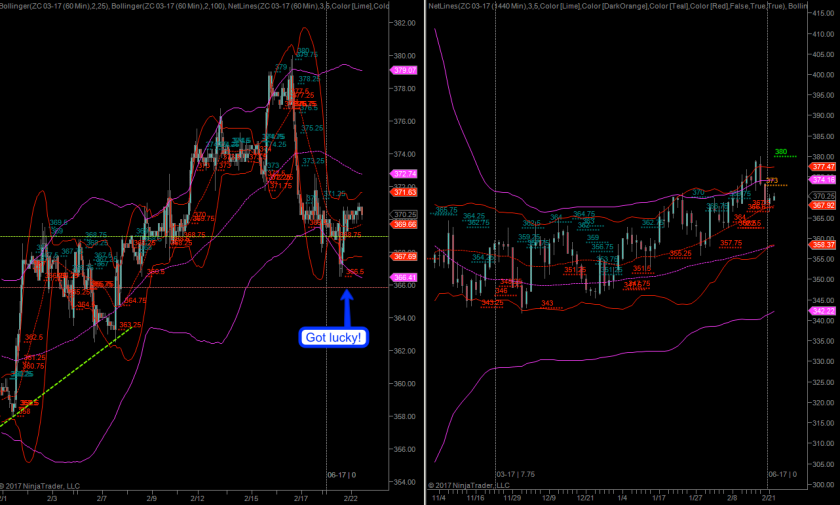 Corn just rolled over into June and I’m having problems charting the new contract for some reason. But of course that’s the one we’re trading and if you took the March contract then it’s time to roll it. That new spike low actually plays hugely in our favor and with a bit of luck and Scotch tape we ought to be on a roll here soon! 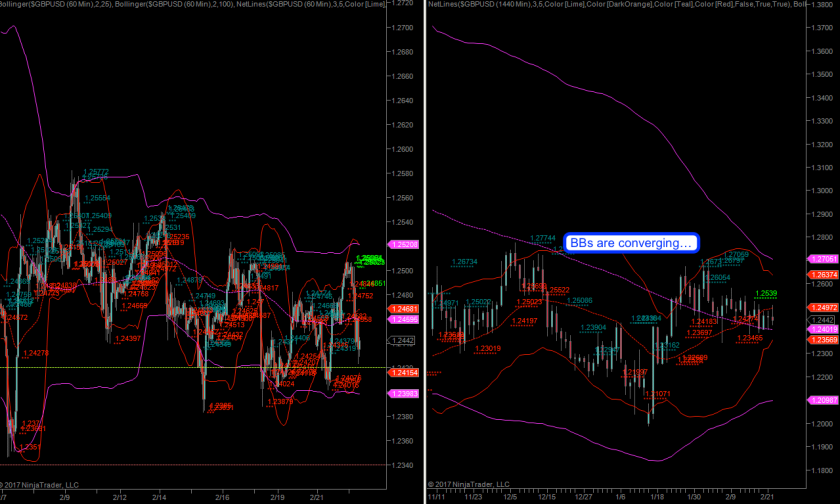 No such luck on cable this far although the current formation would become extremely useful later down the line if it manages to produce a convincing jump higher. Well, alea iacta est – I’m not touching this one right now and my ISL remains in place. 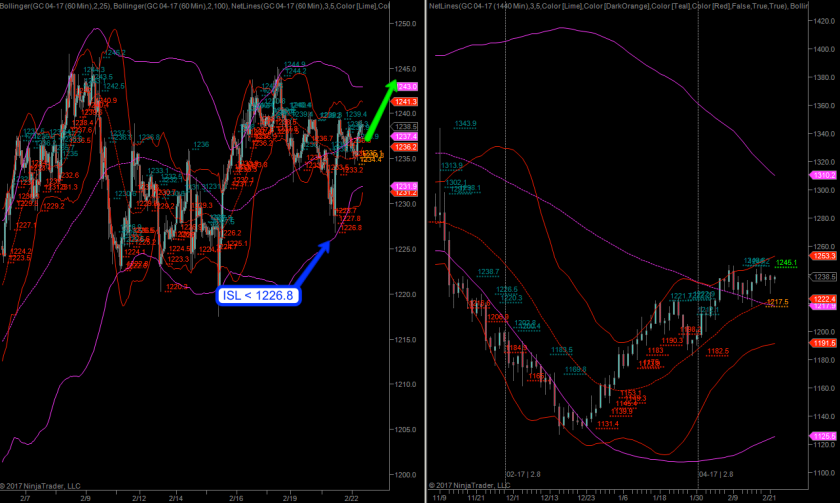 Gold is looking like a long to me here with a stop below 1226.8. The odds are mixed but IF it can breach above its daily Net-Line Buy Level then we are good to go until 1300. Half an R devoted to this one only because…