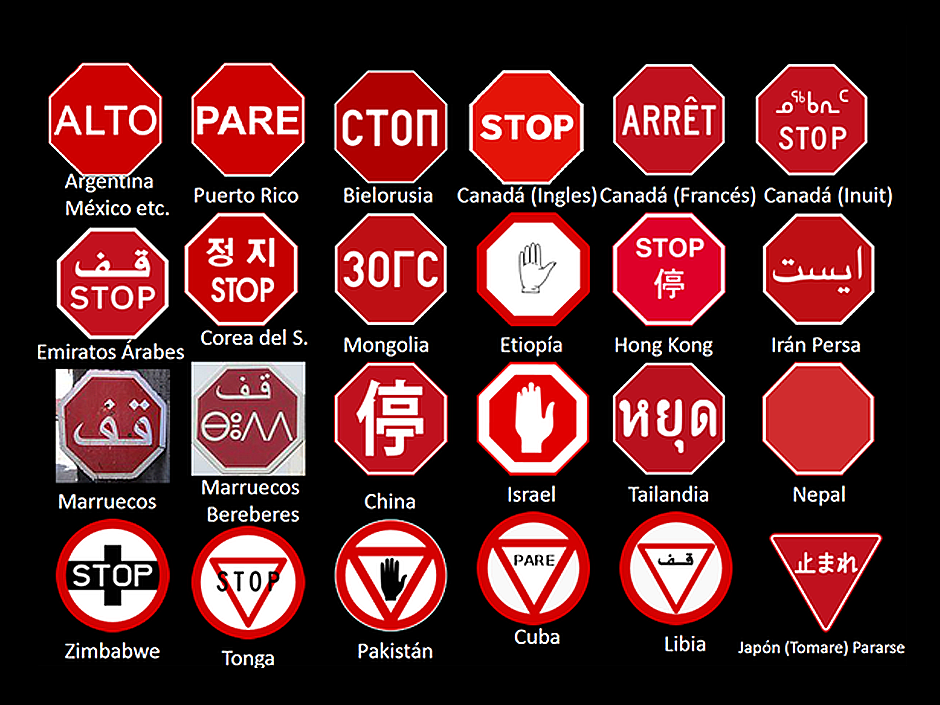 The past few days have been rough on my open campaigns, most of which had been scraping the 1R mark in paper profits by Monday. One after one turned on a dime and hit my trailing stops which were still set to break/even. Could have been worse I guess and I should count my blessings as whipsaw during the summer season is simply par for the course. 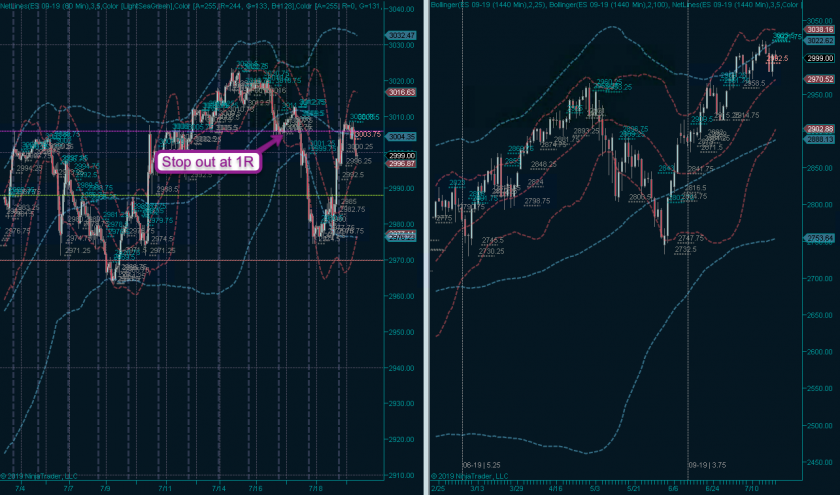 The E-Mini looked like it was ready for a ride into the sunset but the 3k mark continues to act as magnet. I’m out at 1-R here which is better than a kick in the shin. 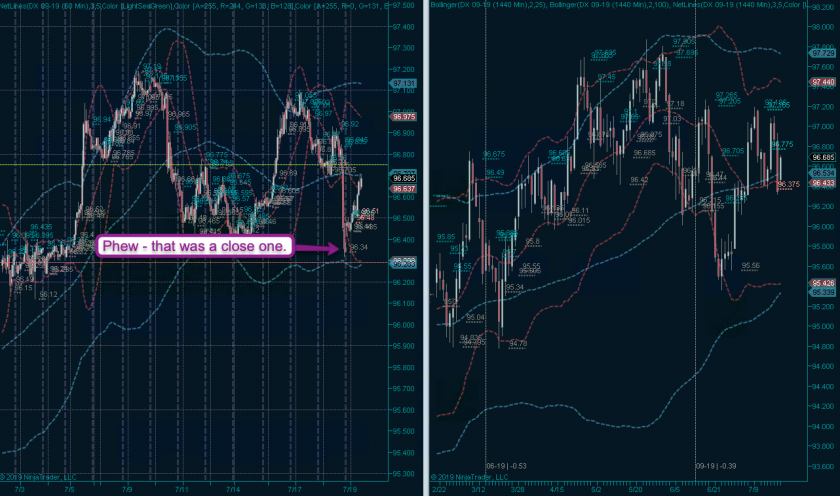 My ISL on the DX futures almost got snagged, which would have been extremely annoying given that it’s since turned on a dime and is once again approaching my entry range.

Unfortunately the liberated curvy lady hasn’t yodeled just yet and I actually believe a drop back down from here has pretty good odds. If you peek at the formation on the daily panel – that drop through the previous spike low is looking pretty bearish.

I’m trading the plan here but the odds aren’t great after this drop lower. 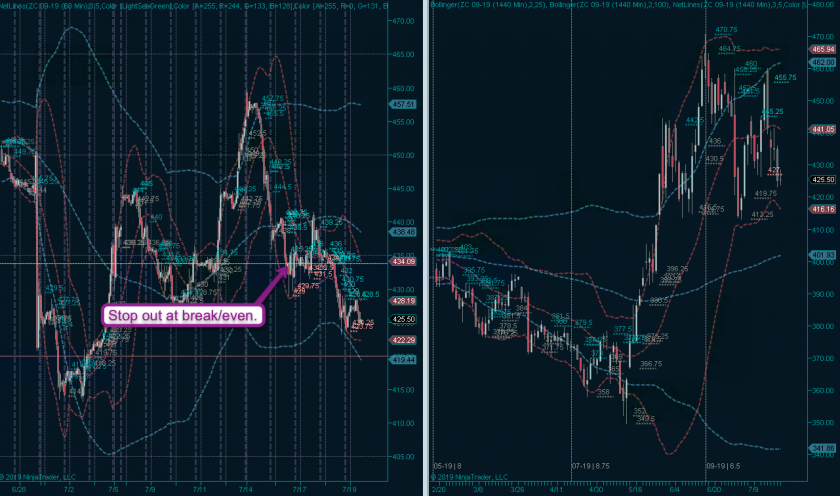 On the grains we have corn which unfortunately is a stop out at break/even after it literally turned on a dime mid-week. From a tape reading perspective the growing historic volatility on this contract is extremely interesting and suggests we’ll see some big moves here over the course of the week. 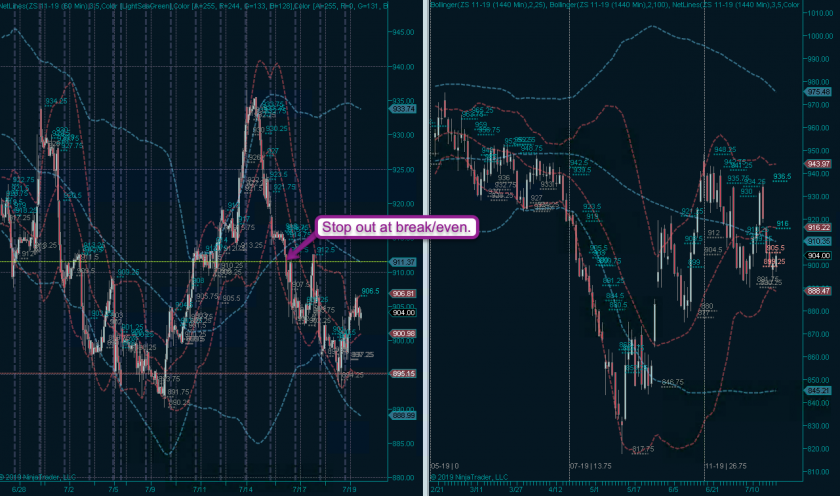 Not surprisingly the exact same thing happened with soybeans. Again look at the daily panel and compare the recent price action with the one until about mid April. Massive increase in volatility – if you want to know why search for the hashtag #noplant19 on twitter.

Thus far every break out we traded has ended at stop out at break even. However the one lesson I learned after trading the grains for years is that hard sell downs after a breach higher usually serve to shake out weak hands ahead of big directional moves in the original direction. We’ll be keeping a close eye on these contracts over the coming weeks. 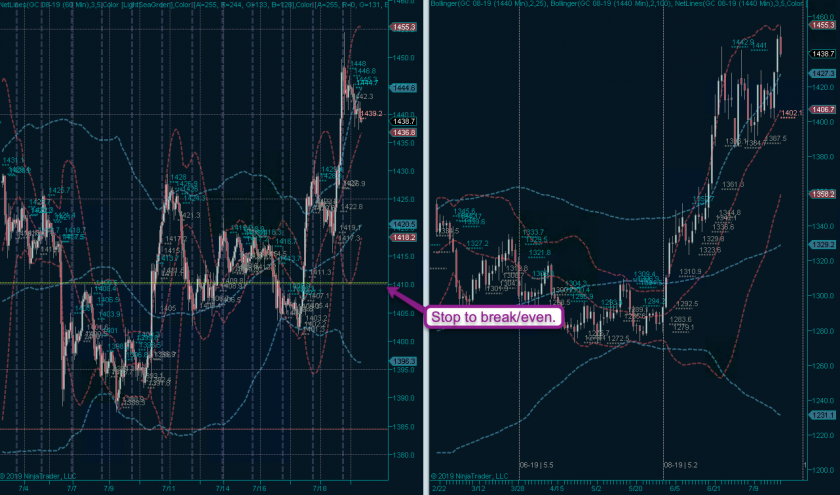 Let’s end this post on a high-note: Gold appears to be playing by the script and although my stop still sits at break/even I have an inkling we are about to witness a mighty short squeeze here.