Storm Clouds On The Horizon 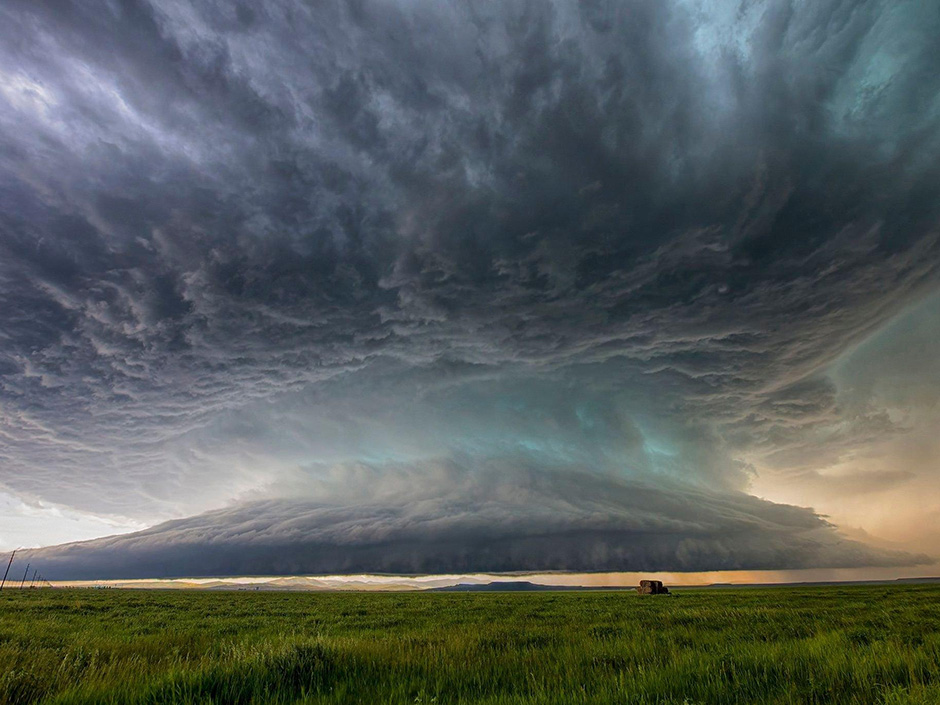 I’d wager that the majority of retail traders chose to listen to the onslaught of bearish siren calls peddled in the MSM over the past two months, once again causing them to miss out on yet another massive push to the upside As we’ve now advanced all the way into new all time highs you may wonder if at least an obligatory shake out may be in sight. Let’s see what my market momentum charts have to say about it. 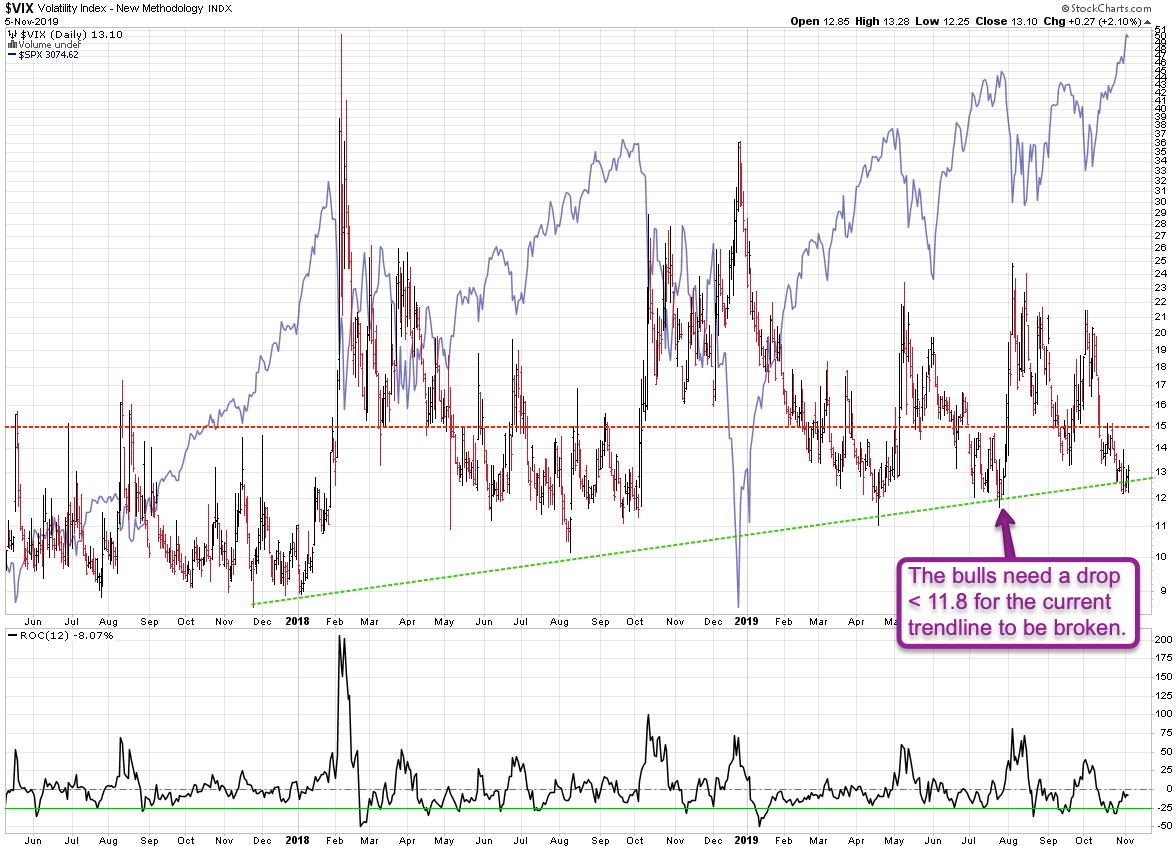 Let’s start with Mr. VIX – despite all time highs the 12 mark has yet to be broken and IMO the bulls require a drop < the 11.8 mark in order for the rising trendline above to be broken.

There are of course no iron clad rules that were handed down to Moses about any of this. But it has become clear now that we have built a new IV base over the past two years and investor confidence is needed in order to abandon the high volatility market regime that has reigned since early 2018. 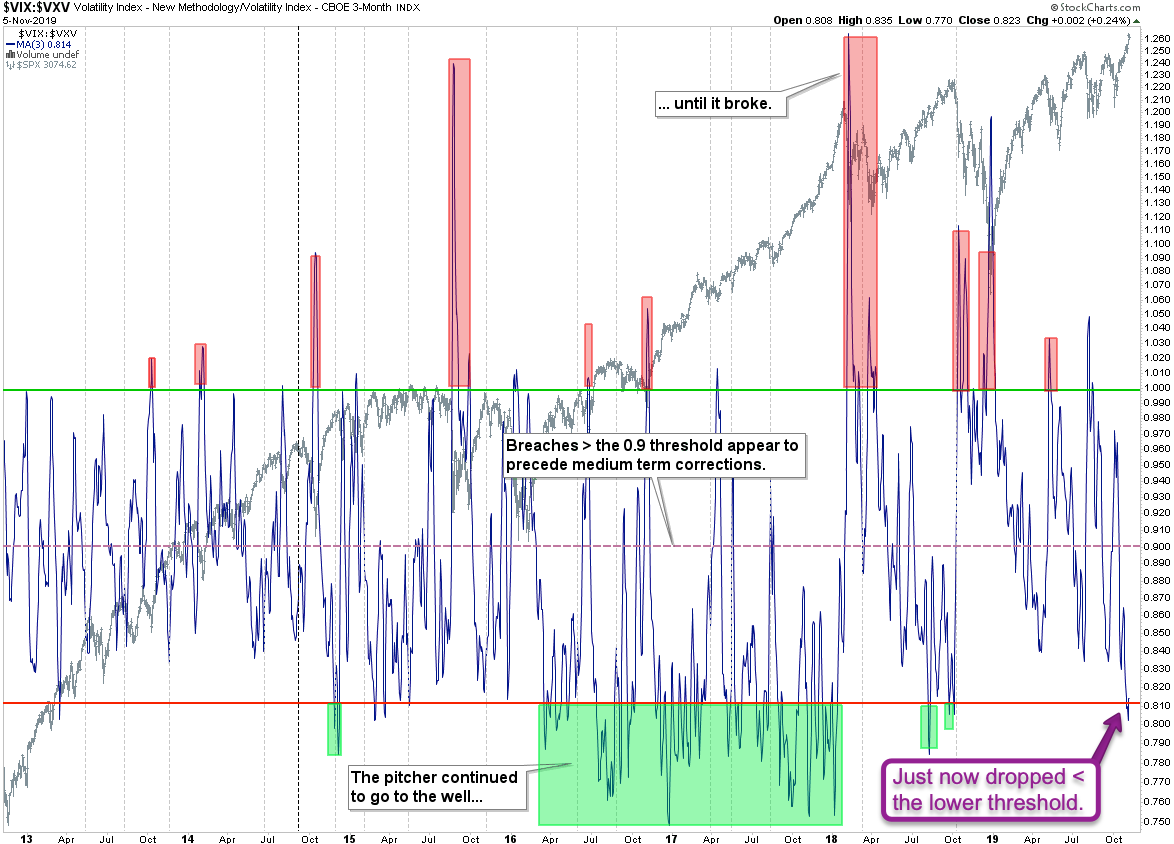 The implied volatility term structure, a.k.a. the VIX:VXV or VIX:VIX3M, has dropped into its traditional reversal range < 0.81. Usually it takes a spike higher followed by a breach > the 0.9 mark for bearish forces to take hold.

Note that this dynamic was completely suspended during the period of spring of 2016 and late 2018. We seem to be ‘back on track’ but I wouldn’t base a short campaign in equities just on that, especially given the current seasonality.