And that is why I despise holidays. I mused last week that we were sitting at an important inflection point, however that holding any positions over Labor Day was a less than tantalizing proposition. Not to go conspiracy nut on you guys but we’ve seen this play out on several occasions now – i.e. parking the tape near a prime inflection point ahead of a holiday, then take off without an entry opportunity. How dare those bastards!? 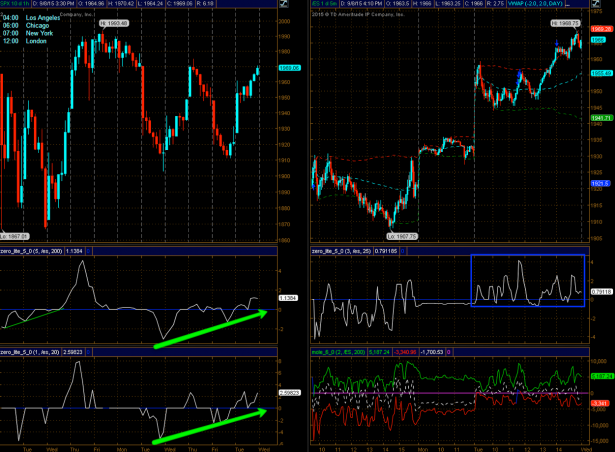 Alright – seriously now, I’m a bit miffed but we’re used to that by now, and as I pointed out last week: You have to be willing to walk away from a campaign unless you the odds are clearly in your favor based on your particular lens.

The only way in may have been courtesy of the Zero – I personally did not partake as I was busy during the session. However the signal range was clearly bullish all day and there was no reason to even think about short positions. I suggest you keep watching the Zero today as we are approaching the final hurdle for the bulls… 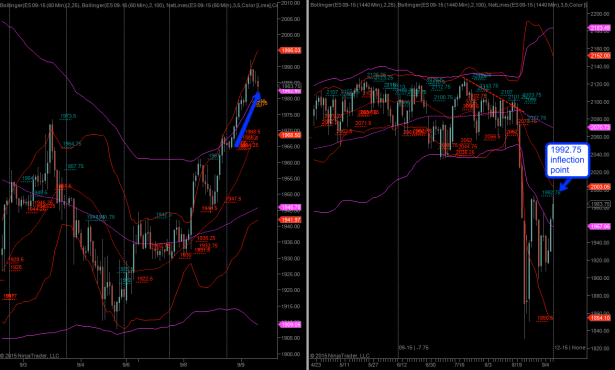 Because since yesterday’s solid positive session the spoos have been pushing even higher overnight. At this point the bullish case is increasingly getting traction. We are near what I consider our final bullish inflection point. If 1993 is breached then I think the squeeze is on. Until that happens there is a tiny opportunity for the bears to really stick it to the bulls. Low odds and potentially large payoff. I’ve thrown 1/4R at this play with a stop near 1993. Expect to lose it though – it’s a crap shoot. 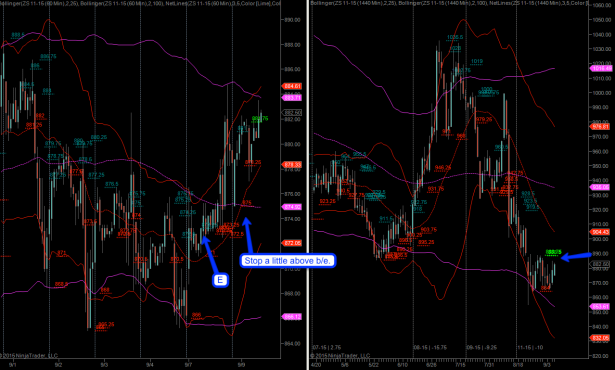 Soybeans update: Brilliant entry yesterday and I’ve moved my stop to a little above break even. This really has to get out of the gate now. 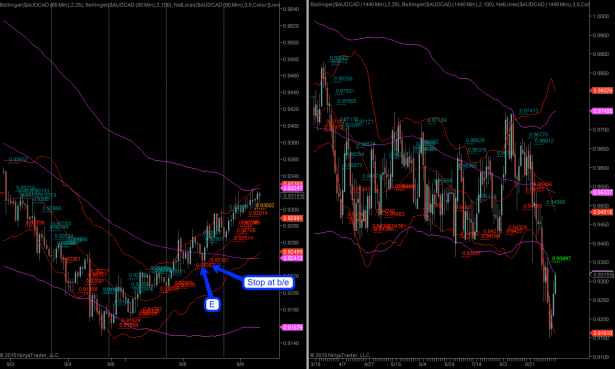 AUD/CAD update: Did someone use a ruler on this chart? Can’t really complain though as our long entry is progressing nicely. Stop to break/even – could turn into a runner but be aware that we may retest the 100-hour. 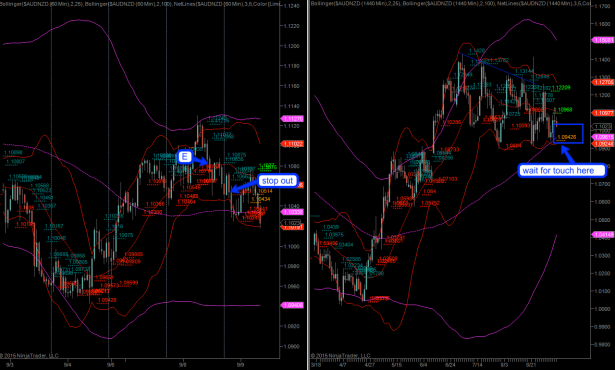 AUD/NZD update: got stopped out here yesterday but the good news is that we are producing a beautiful sideways flag (of some sort) that may find resolution in the near future. I’m waiting for a touch of 1.0942 and change and so should you. 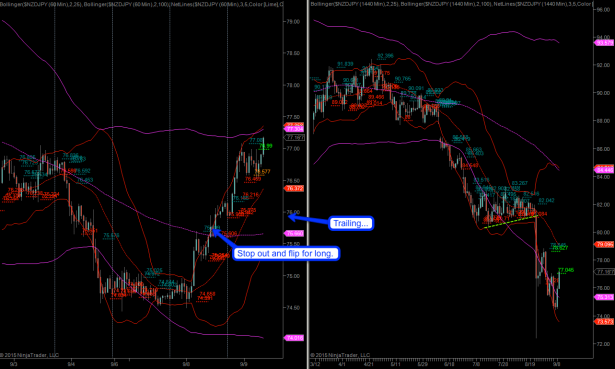 NZD/JPY update – got stopped out and flipped according to plan. Has made up for it and then some since. I am now trailing a respectable distance away.

Setups only for the subs today – please meet me in the lair: 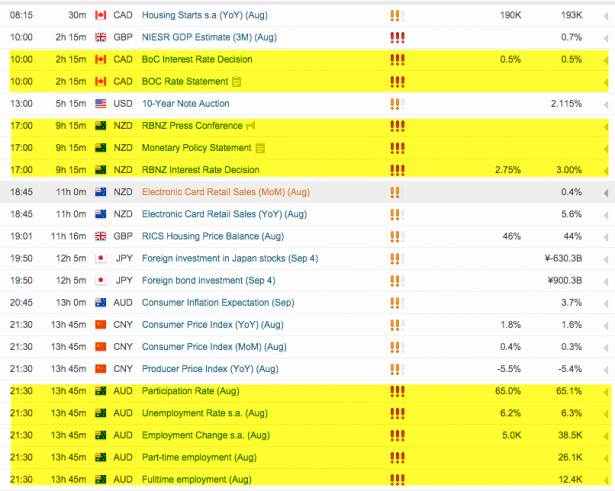 Quite a bit of event risk today affecting CAD, NZD, and AUD crosses. So watch your six! 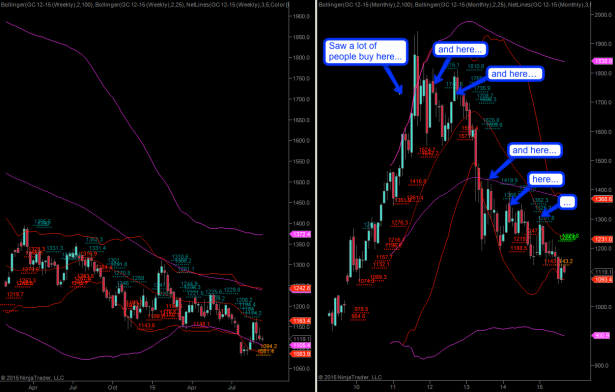 Before I let you run and play a few thoughts on gold. Remember a few years ago when everyone was loading up on gold as it was scraping 1900. I think I posted a chart about exponential curves back then and how they usually resolve. After the obligatory first leg down everyone piled back in – here’s a link to a ZeroEdge article that listed a laundry list of reasons as to why gold was expected to hit the $2k mark the year after.

Of course it was not to be. As the old saying goes – it doesn’t matter where it’s been, all that matters is where it’s going. Think back to those days and revisit your own emotions/opinions at that time. Of course now you may look at this chart and chuckle but perhaps you were equally convinced back then? That’s how the human brain works – we always trade based on prior recent experience (i.e. recency bias).

For me personally charts like this represent the crucible that has forged me into the trader I have become over the past few years. Never believe a word they say – simply follow the charts and never ever try to fight price.