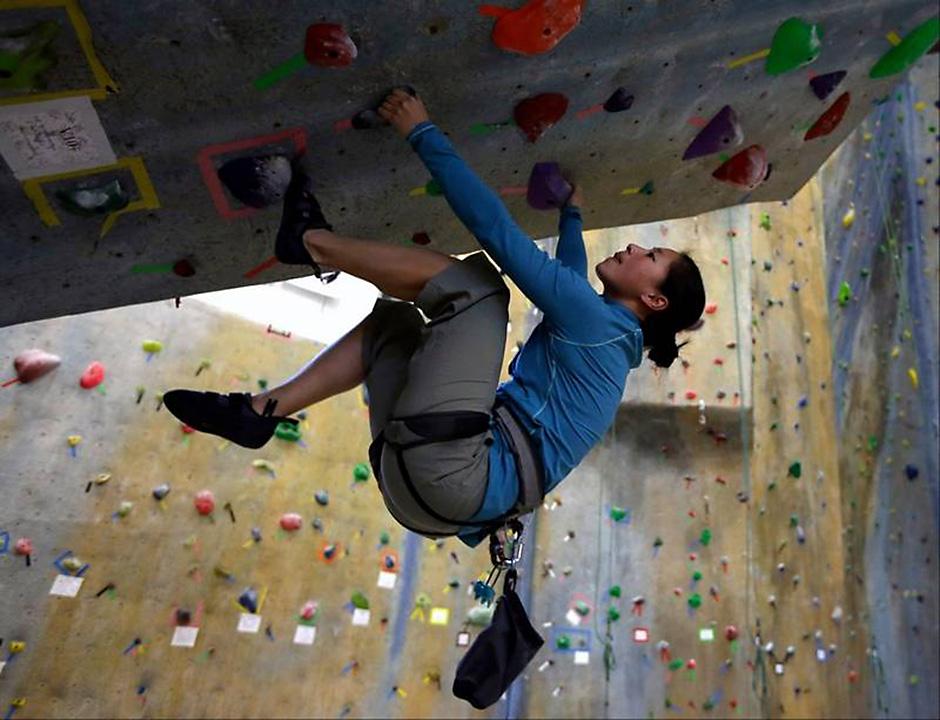 I really hope you enjoyed your Labor Day weekend because things are heating up fast now and it’s finally time to get back to work and earn our keep. We’ve got a few weeks of quiet but before you know it they’ll shift all gears into Christmas season, and you better make sure Santa has  you on his VIP list (yes, he is a man – suck it). Time to stop slacking around, let’s bank ourselves some coin.

The spoos look like one big mess at first, but maybe a bit of time off re-sharpened my senses because it suddenly made complete sense to me. Since you’re probably still recovering from employing over generous quantities of cheap American beer to wash down way too many of those greasy hot dogs, let me make it easy for you and just focus on the skinny: 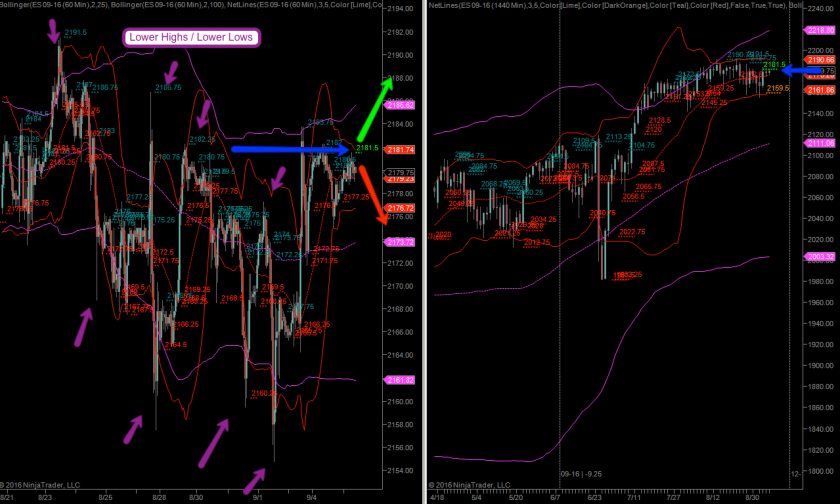 Before the long weekend we started to see a pretty wild but pronounced series of higher highs and higher lows on the short term panel. That is a bearish pattern which is currently in the process of being challenged. A breach above 2182 would most likely unleash more short squeeze momentum and, barring any event based surprises, put us on the road to exiting the ongoing trading range from hell and a push into new highs. At least one would hope – we have been waiting for months now.

On the downside of course we are coiled up for more extended correction, which finally appeared to be in the works two weeks ago. But then, just like Congress, everyone suddenly took off and the final vote got postponed for after the summer break. At this very moment I believe that a short position here is warranted and could succeed. However it comes with a caveat:

Be aware that we’ve got a bit of event risk here at about 10:00 which could be used as an excuse to bang the tape around a little and run some stops. So if you make a play here before 10:00am EDT then be prepared for that.

I believe that we are currently sitting at a very exciting strategic inflection point with its separation point at around ES 2181.5 (i.e. the Sep contract). If you are new here then be advised that we stainless steel rats at Evil Speculator live for such precious moment, as they represent a momentary state of equilibrium between bullish and bearish market forces. Getting positioned here is rather tricky as more often than not market events are skillfully used to clear out the ranks and then ultimately resolve the stalemate. Thus initiating a new medium term market phase which may last weeks and in some rare cases also have the potential to trigger long term trend changes. 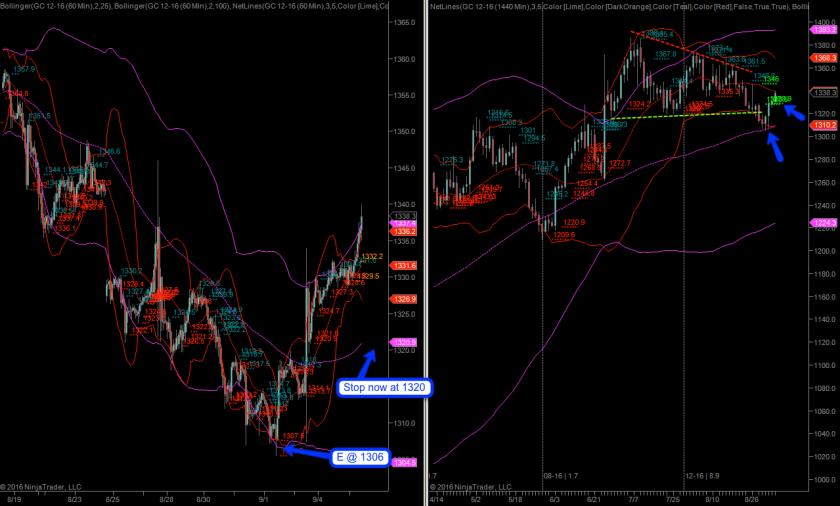 Last Thursday I put on my old prospector hat hoping for an opportunity to snag a position on gold near 1305. Fortunately GC got dangerously close on Friday and I hopped on the bus with a stop a few ticks below the 1300 mark. I truly hope some of you guys did as well as gold seems to be off the hook and pointing upwards. 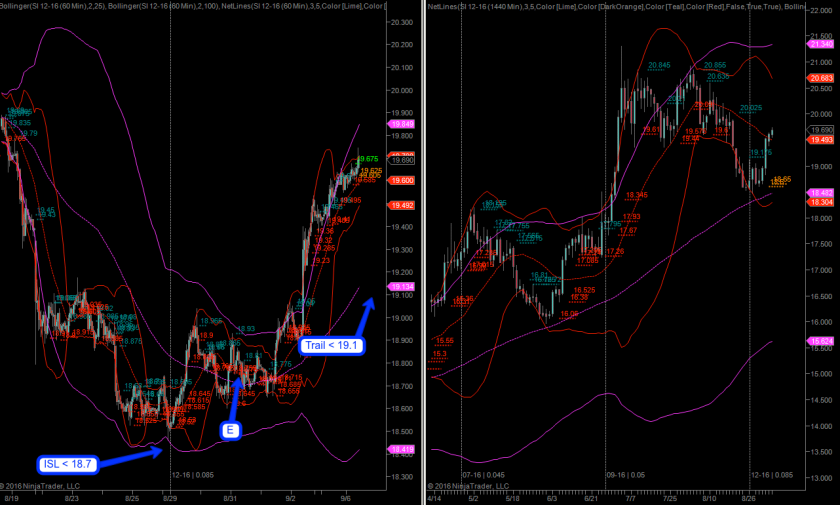 The subs and I actually snagged an early entry on Thursday courtesy of silver which seemed to point the way. Our stop was below the 18.4 mark (mistyped on the chart – 18.7 was the entry) and boy it’s been printing money ever since. My trailing stop is now at below 19.1, which is rather conservative but I think silver is just getting warmed up for a Bolt style sprint to the upside. Given all that this may be a good time for a …

As the saying goes: ‘Sell in May and go away, come on back on St. Leger’s Day.‘ Of course the blog isn’t spared the low summer participation which expresses itself in a more subdued comment section as well as a drop in subscriptions. If that is you then I strongly encourage you to once again support the blog in whatever fashion you deem fit.

At minimum help this community by helping yourself. Of course I am talking about participation in the comment stream, the sharing of charts and pertinent analysis, or perhaps spending a few minutes to point a promising noob in the right direction. It goes both ways really and quite often you are being rewarded with constructive input and sometimes criticism that aid your own trading activities. If nothing else, we’re here for you if you’re having a shitty day. At times you may not like what you’re hearing, but be advised that the truth is a dish often requested but rarely appreciated. Either way – we aim to keep it real here at Evil Speculator.

Signing up again for one of the core services offered here – either the Gold sub or the Zero indicator – is of course always welcome. Consider this a friendly reminder of the fact that this place doesn’t run itself. There is a ton of my own time and effort that goes into keeping things humming, interesting, productive, and at times just entertaining to keep everyone’s spirit up. As you can imagine that proves to be challenging sometime but as of now we are counting eight glorious years. Can we try to shoot for a decade?