Every morning when I wake up I immediately reach for my iTampon to take a look at the Zero chart. Since I live on the West Coast I usually catch the market about an hour in, most of the time I wouldn’t have traded the first hour anyway so I exchange a few lost trades a year for more beauty sleep. In the last two weeks it’s been the same game over and over again: A gap either down or up – which is then quickly reversed reverting the tape back to into the 1140 zone. In a nutshell we are not going anywhere fast, as the tape has now switched into limbo mode in which neither side has any appetite for risking a cent on betting on a clear direction.

Where is all this going to lead us? Well, there are some subtle pointers if you bother to look: 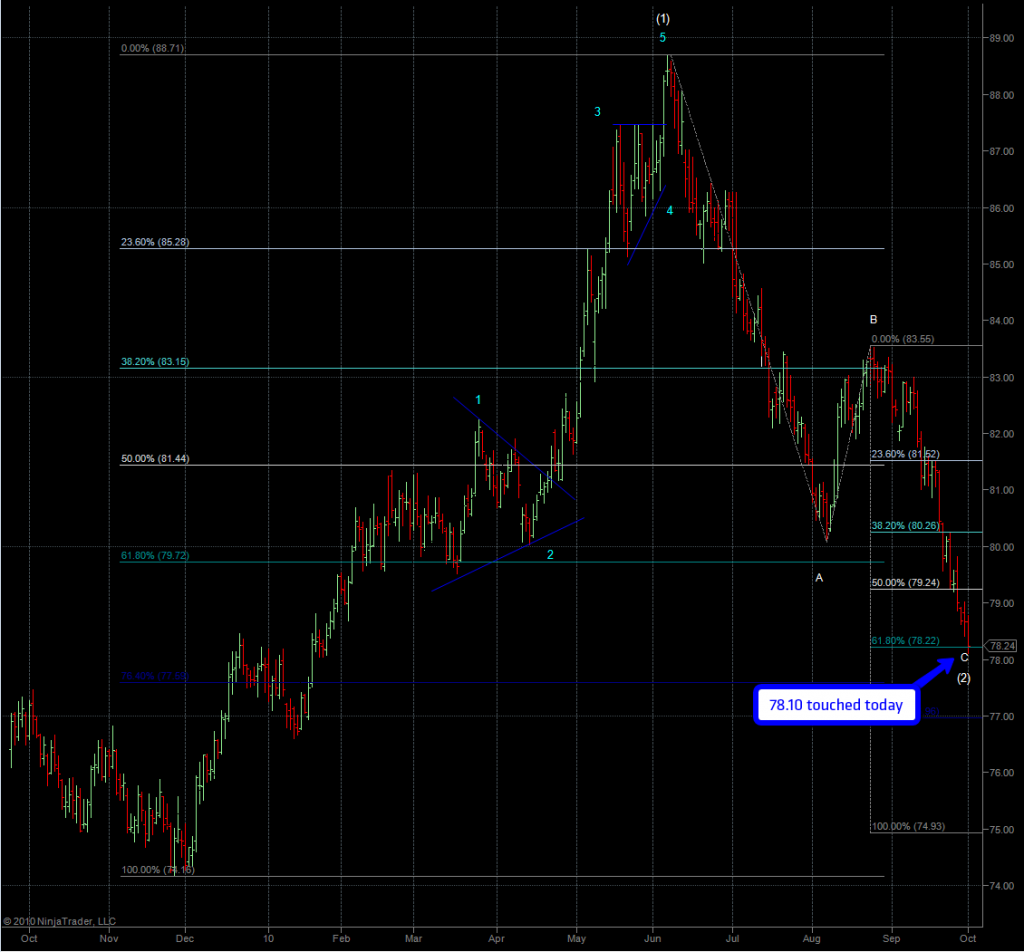 This chart is actually pretty significant. And I’m not talking about the fact that the DXY now reached a support line which it may or may not hold. Yes, the Dollar is being manhandled Ron Jeremy style, but that’s not the real story here. 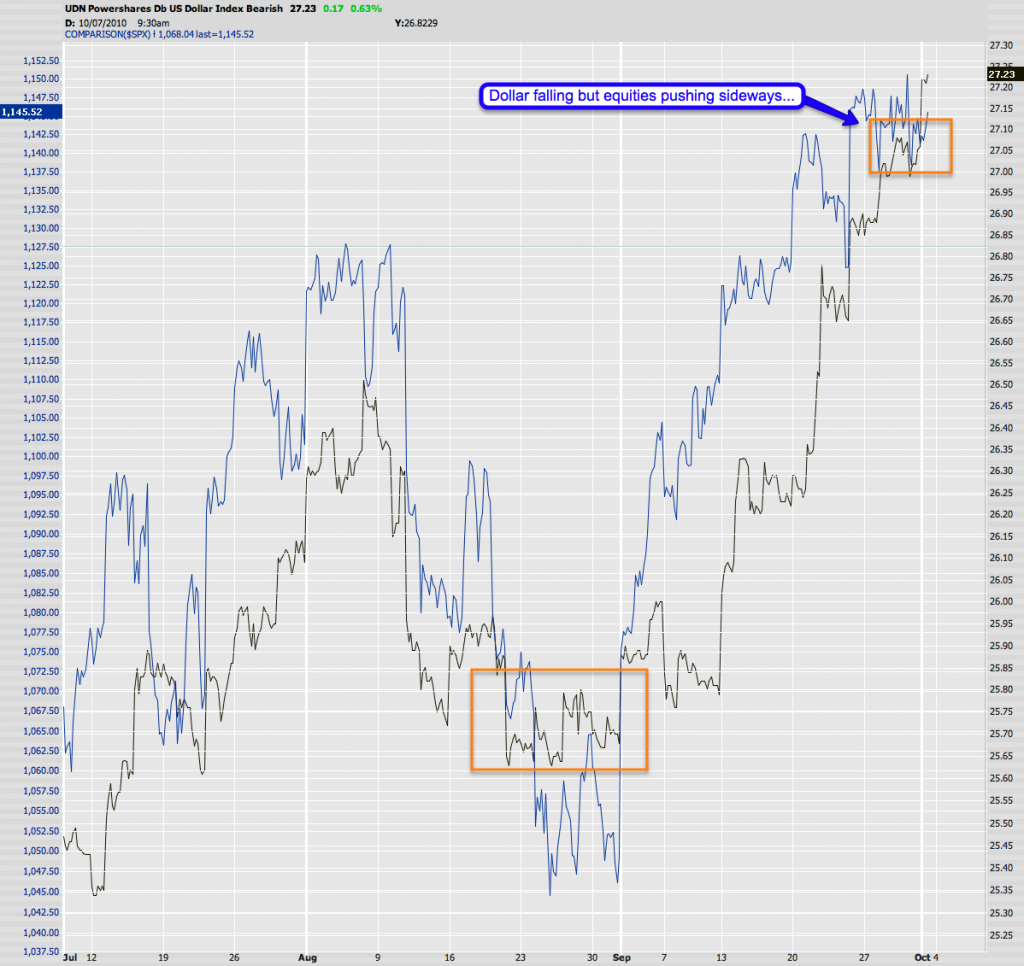 The real story here, my dear stainless steel rats, is that we may have reached a point at which continued Dollar destruction has only marginal impact on equities. Since September 1st the SPX has been on a rampage while the Dollar was getting killed. It was quite obvious what was going on – the continued devaluation of our fiat currency drove equities higher. Of course the expectations of continued QE2 style initiative by the Federal Reserve also had a hand in it.

But fact is that a rising Dollar has meant falling equities in the past year, and I don’t think that is about to change anytime soon. Now when the Dollar finally paints a bottom – next week – next month – next year – whenever – what will happen to equities as a result?

As you know I’m not much of a correlation trader – meaning I don’t use a correlation as a reason to take an entry. But I do consider correlations when it comes to analyzing markets as a whole. And in particular how moves in a $4 Trillion/day FX market may affect equities which have been floated by the destruction of the world’s international reserve currency. 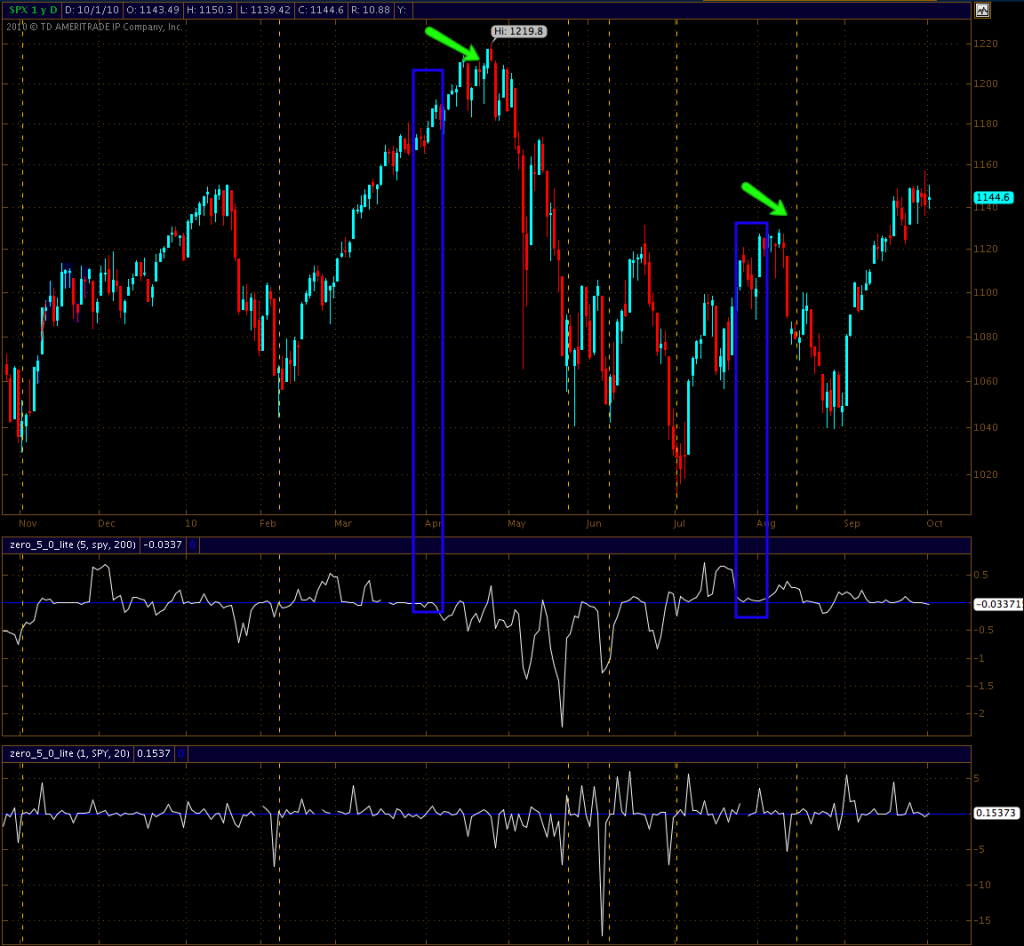 But I have learned the hard way that a turn may not happen the second your tea leafs tell you so. Look what happened the last two times the smoothed daily Zero went flat. We pushed higher just a wee bit more – frustrating impatient bears and in the end causing many to miss out on the big leg down. 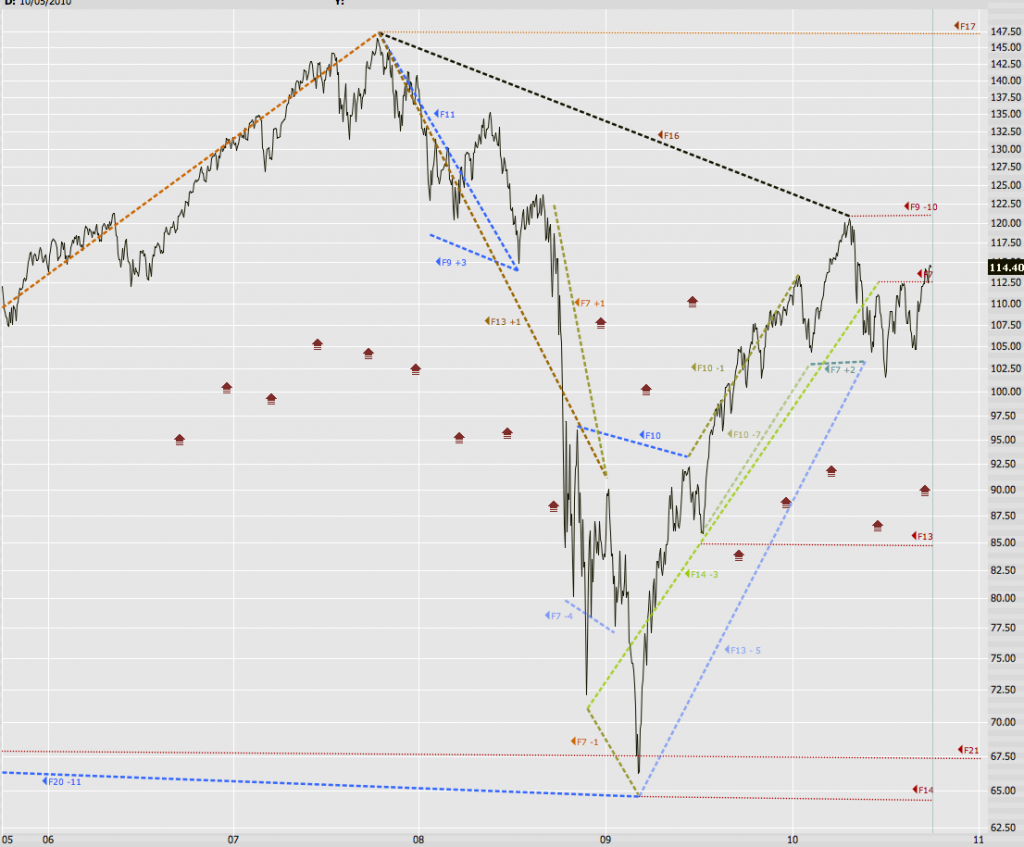 And let’s not forget that October 4/5 turn date that’s on the horizon, which also suggests we may have to endure a few more days of whipsaw before seeing anything resembling a correction to the downside. And let’s not forget that these cycles are not accurate to the day – especially when projecting forward with long term cycle periods you can expect a variance of up to a week. So we could drop right here today or we could drive everyone crazy for another week or two.

I’ve said it before and I’ll say it again: The shorts have an opening here but someone has to step up and close the deal. The bulls are vulnerable right now as even a freefalling Dollar does not seem to invigorate their collective mojo. If the bears decide to grab the tiger by the tail (ponder upon that image for a second) and close the deal we may see some fireworks, otherwise what’ll see most likely will be sideways tape for the remainder of the last quarter.