Alright, it’s time to talk about the ole’ greenback. Which, in case you haven’t been paying attention whilst increasing your odds of skin cancer at some overpriced beach resort, has been dropping rather precipitously since the beginning of the year. You may counter that a correction was long overdue since the Dollar has had a pretty good run over the past two years. And you would be technically correct – in relative terms compared with everything else the Dollar has been on a solid run since mid 2014. But in real purchasing power today’s Dollar is a whopping 27% weaker than when Will Smith’s big hit was hitting the charts in the summer of 2002.

Which means what you were able to buy for $1 back in 2002 will cost you roughly $1.37 today. Heck, I don’t know about you but this crusty old market mole considers a loss of 1.8% per year pretty shocking and only permitted to occur as most people are either bad at math or simply don’t understand the concept of compounding. In other words inflation is a hidden tax on the stupid and the rest of us are simply being dragged along into the dark abyss of fiat insolvency. 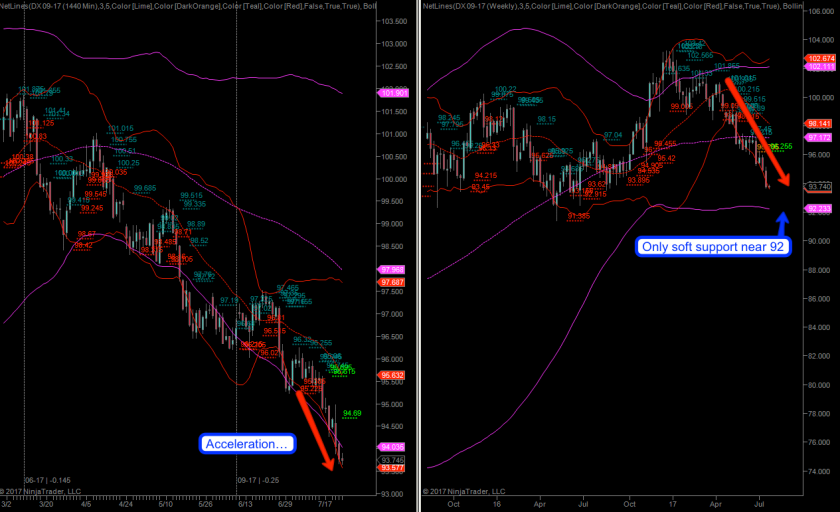 More immediately it’s not looking good for the Dollar either. On the daily panel we are now facing an acceleration to the downside with no bottom in sight. The only soft support range on my radar is that 100-week lower Bollinger near 92, which quite frankly has very little credibility as it hasn’t been tested for a long time. 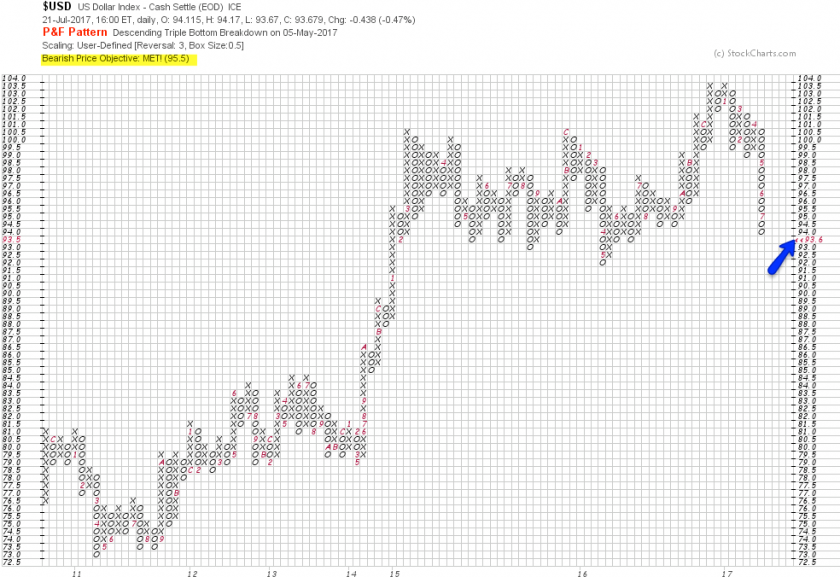 And it doesn’t exactly help that our bearish P&F price objective has been met one and a half handles ago. Central banks on both sides of the Atlantic seem to be comfortable about the current situation with the Fed continuing its stealth QE initiatives and Mario Draghi apparently having been kidnapped by the Germans and replaced by an engineered clone featuring hawk DNA. 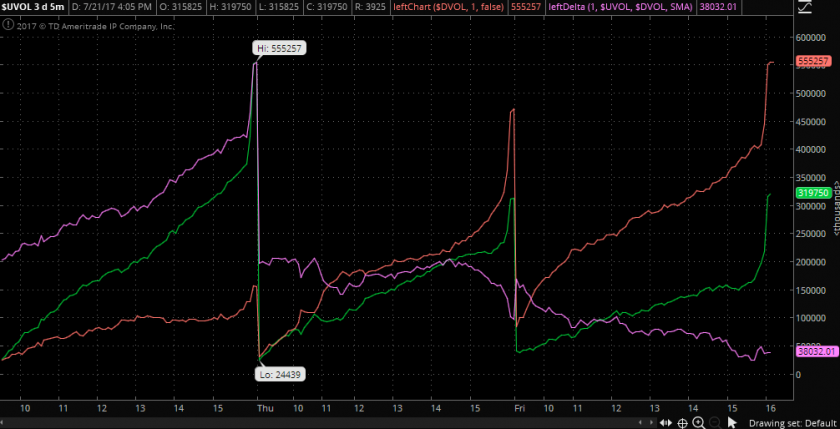 Equities of course have been benefitting but we started to see lackluster buying participation starting Thursday going into Friday. We’ll have to see whether or not this continues today or if buyers are ready for another round higher. I recommend you keep a close eye one the Zero today. 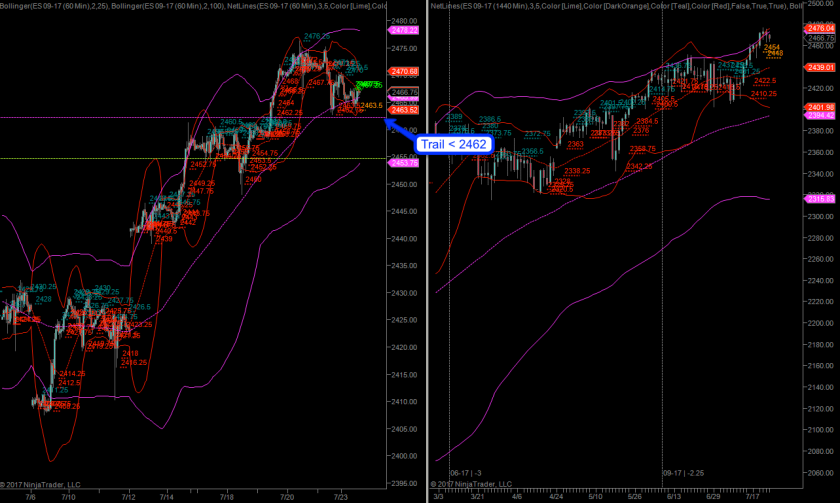 I’ve just tightened my trailing stop on the current E-Mini campaign to below a recent double bottom on the hourly which also coincides with the 100-hour SMA. The daily is looking like a trend candidate (consolidation near the upper BB) and we may be actually hitting acceleration higher here. 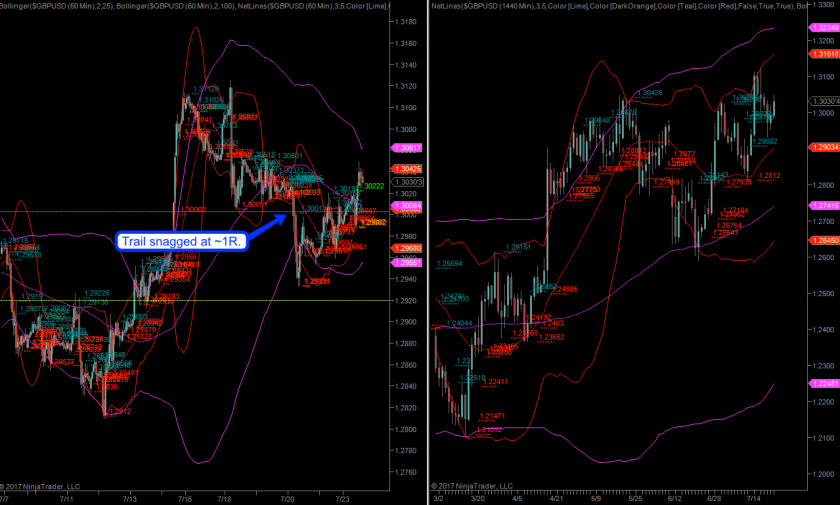 Bad news first – well at least not so good news. Cable did stop me out last Friday at about 1R, so it hasn’t been a complete waste of time and resources. Of course since then it has made a u-turn and I’m pretty sure it’ll just keep running from here. Lesson learned: Even the best campaign management rules are futile if a symbol goes spasmodic. 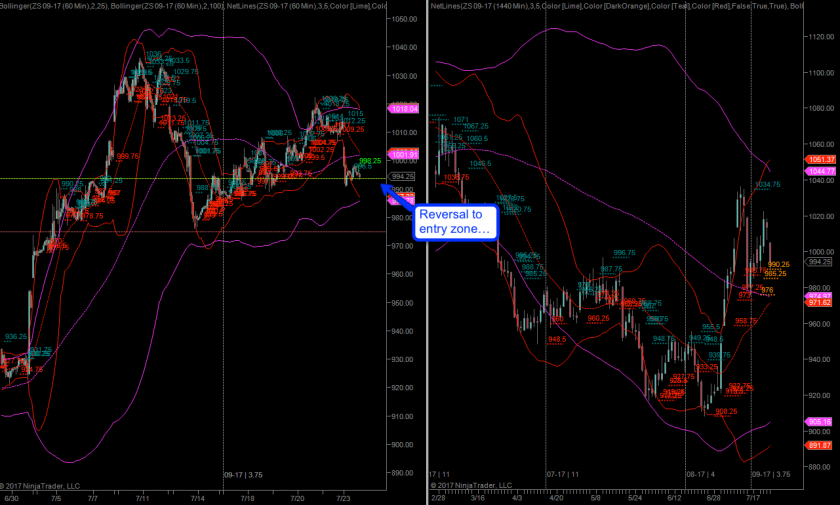 Soybeans still in the running but has reverted to our entry range. I’m not touching this one for now as there frankly isn’t any reason plus the lower hourly BB is starting to head higher. Ergo, the fat lady hasn’t sung here yet. 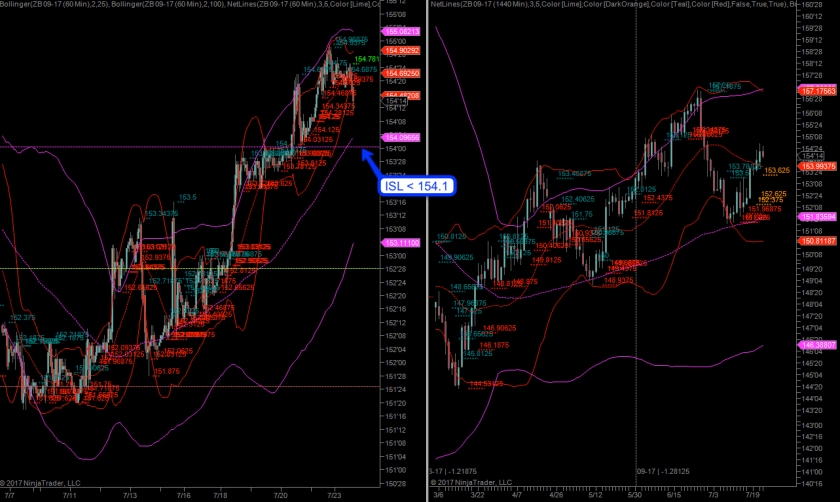 Fortunately bonds continue to head higher and I’m now advancing my trailing stop to below 154.1, locking in about 1R (we had to pick a pretty wide ISL for obvious reasons). This one is looking pretty good and with the Dollar on suicide watch it may just trigger a massive short squeeze here.