In my Friday post I told my subs to watch the AUD/JPY on Sunday afternoon with possible implications on the spoos opening later this evening: 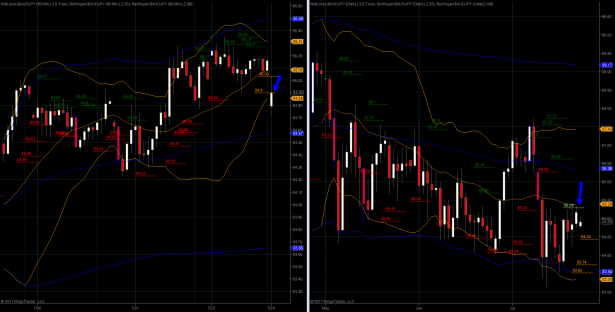 Admittedly a lot can happen between now and Monday 9:00am EDT, but clearly we have NLBL that has thus far proven to be resistant. If you are short equities right now then that NLBL could serve you well as a hedge threshold.

Based on what I’m hearing out of Europe this weekend I devote this post to Germany – soon to be renamed the EU Charity Fund:

Of course I do have a few more charts for the subs: 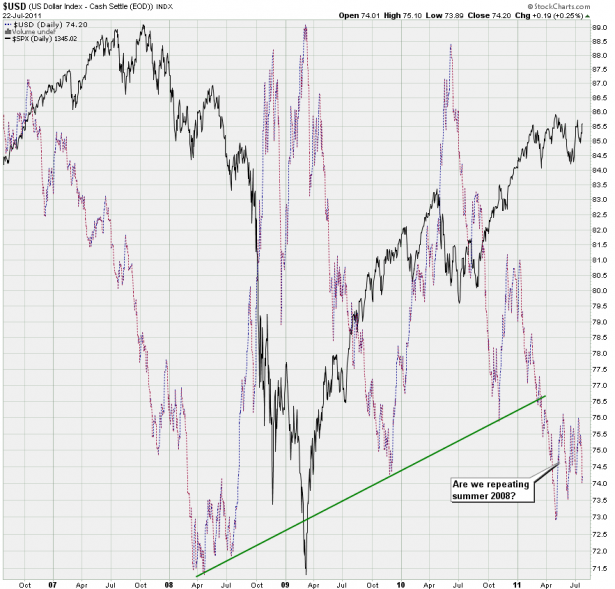 Let’s zoom out first. About a month ago I mused about a possible repeat of the summer 2008 action over in the Dollar index. And until we see 73 breached that possibility remains – so far the pattern seems eerily similar. In order to increase the odds for a long term bearish case what we want to see toward the end of the summer is a steady push higher on this chart. In other words – Mr. Bucky needs to complete its flooring process and finally get out of the gate. 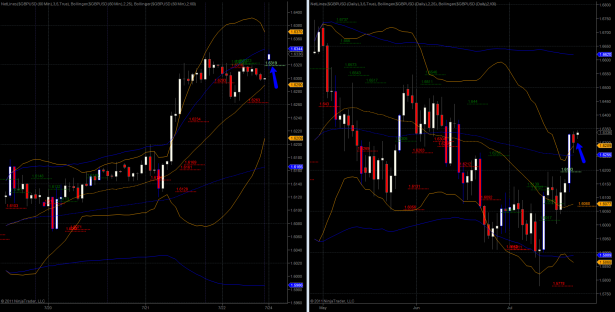 More short term cable may be able to overcome its 25-day MA and push toward 1.66. Until we clear the 1.64 mark it’s possible we’ll see a retest of the 1.63 mark, which should now serve as support.

Very short term on the hourly 1.639 represents the current NLBL and ideally should hold and provide a base for a push toward 1.64. 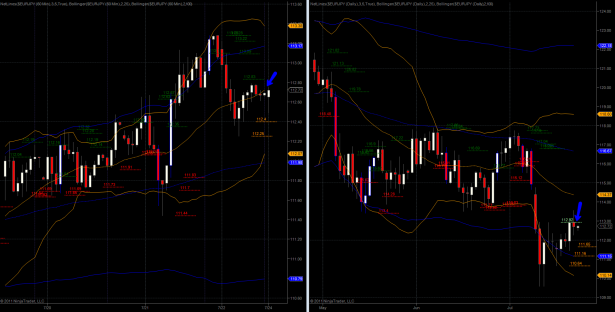 EUR/JPY is moving fast and the hourly chart already looks a bit differently by the time you read this. The daily 112.92 NLBL thus far has been rejected and on the hourly we’re bumping against the 25-MA. Maybe a possible short opportunity which would be confirmed by a drop below 112.4.

That’s all I got for now – see you guys on the other side.