My subs enjoyed some late night goodies a few days ago. It’s time to revisit those as I hate blogs which throw out symbols and then conveniently forget about them as the tape rolls on.

First we had CF – I suggested a long position on a drop, so let’s see what happened: 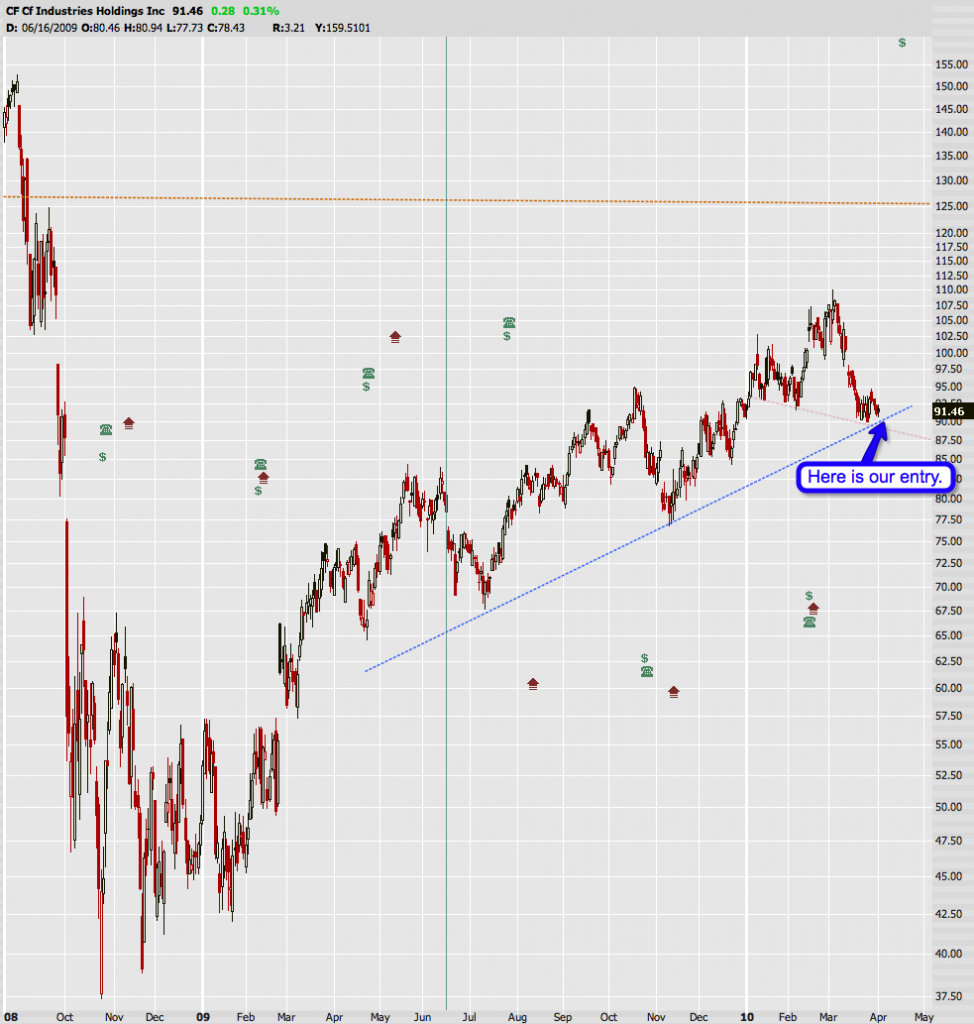 CF listened and came down to revisit that mental trend line (i.e. they are all products of our imagination). It’s time to grab some of those if you have not already. Heck since it’s a slow week I’m treating all non subs to this one.

Alright next runner up is CHK – where I similarly suggested a long position on a drop: 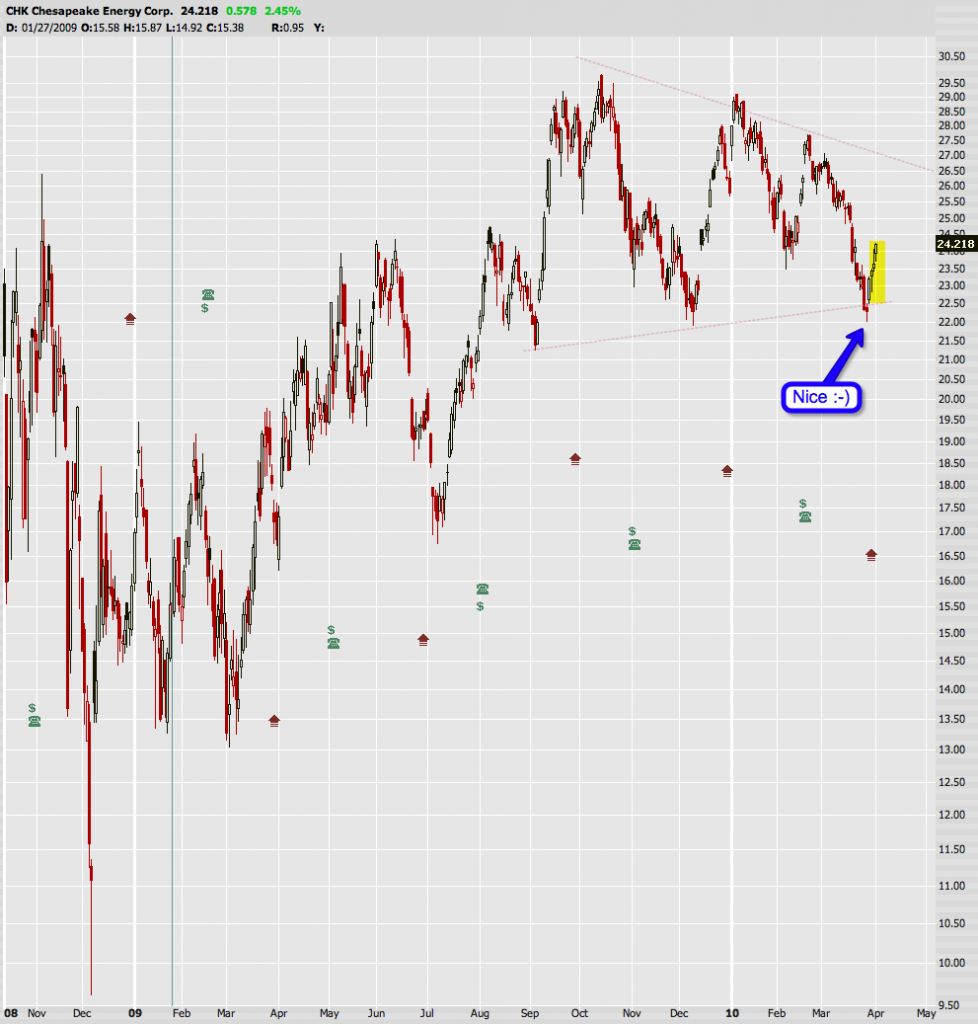 Boy, was I right on the direction, but the beast ran off without us tightening the sattle. Well, if you’re the dare devil type and grabbed those – mighty nice play, good sir (or m’am – are there any hot trader chicks left on this blog?).

Last we had FLSR – an old favorite of Berk. Anyone remember the Berk-meister? Haven’t heard from him in ages – too bad. Anyway – I suggested that it was about to run into a wall and that a regularly scheduled butt kicking was about to transpire: 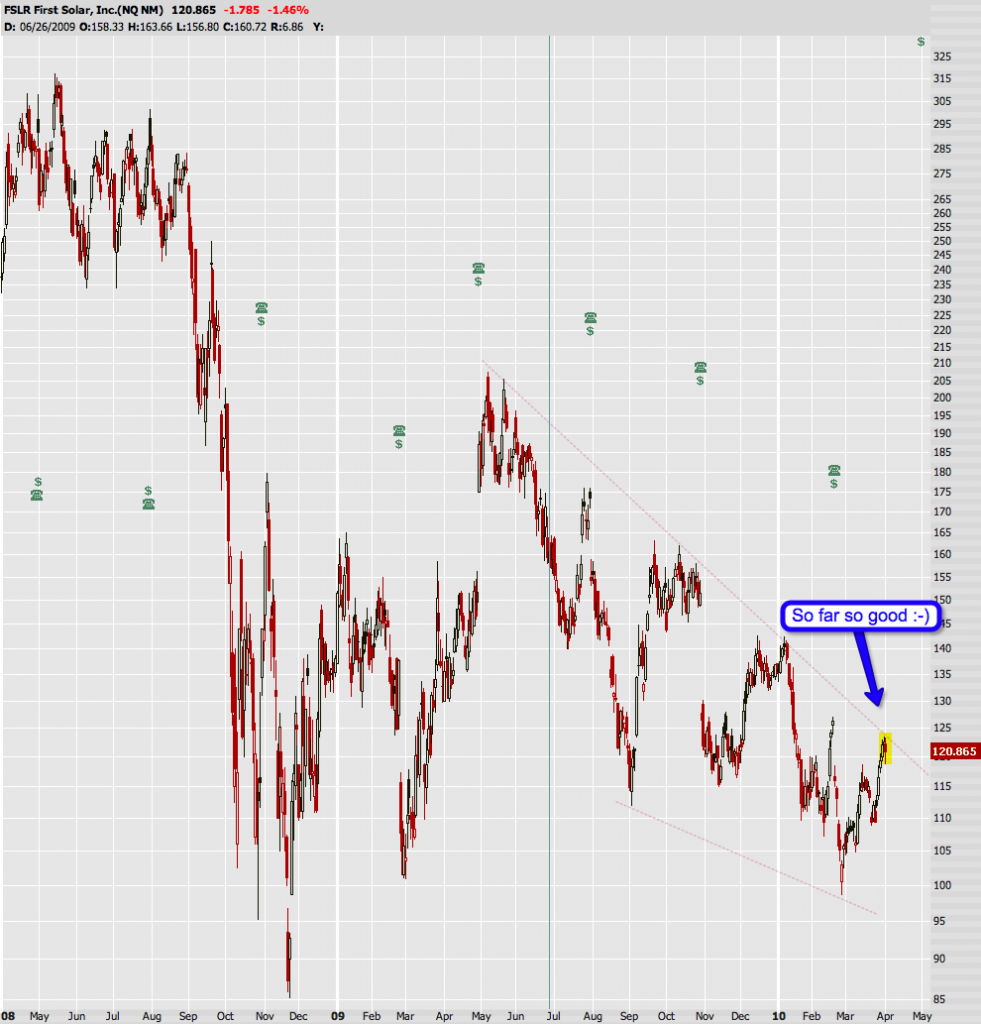 So far so good I’d say – my stop hasn’t been touched yet – I think we have a fair chance that this thing is going to obey its Bollinger, just like the last 10 times. Leave your stop where you set it and consider a target of about 100 – now, wouldn’t that be a nice move 🙂

And we’re just getting started – that’s right. I’m going back to the basics – which is something I used to do very well back when I was trading with Berk. Somehow in the past year or so I got caught up in all the b.s. but fortunately it seems I haven’t lost my touch just yet 😉

Happy Eastern to whoever observes it.