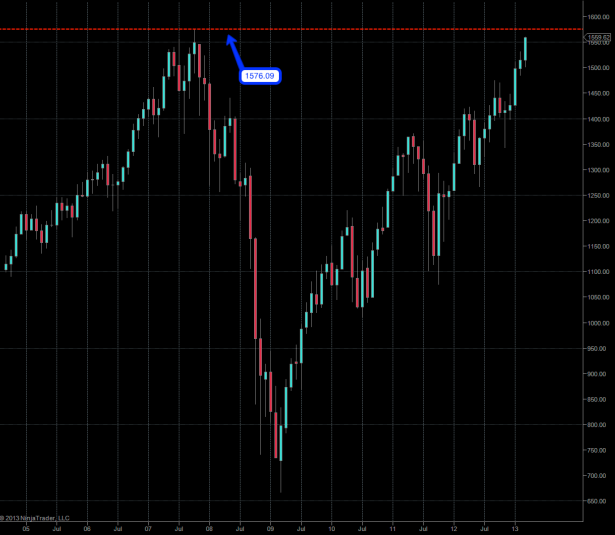 Of course let’s be frank – this really means absolutely nothing to us. It’s simply a number and thus abides to the same basic logic I tell anyone who’s willing to listen: It doesn’t matter where it’s been – all that matters is where it’s heading. 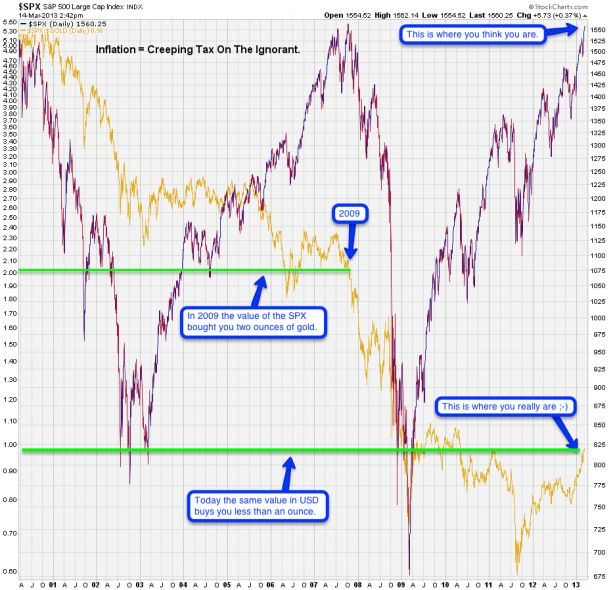 Besides even this is academic in the face of the chart above – here we’re looking at the SPX in blue and the SPX/Gold ratio in gold. Let’s not  make the mistake to compare the 2007 USD with the one in your wallets and accounts today. For at the very top of the market about five and a half years ago the value of the SPX in U.S. Dollars bought you around two ounces of gold. The very same amount today buys you less than one ounce. I apologize if this may spoil your party – for the truth is quite often inconvenient but true nevertheless. 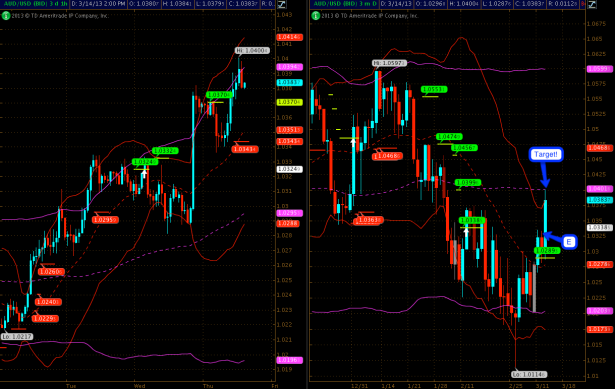 Quick update on the AUD/USD – if you were crazy enough to take that inside day entry yesterday (or the NLBL touch) then you are in luck today as it took the express elevator to our target zone at the 100-day SMA. Take profits now and thank your favorite deity for being at the right place at the right time. 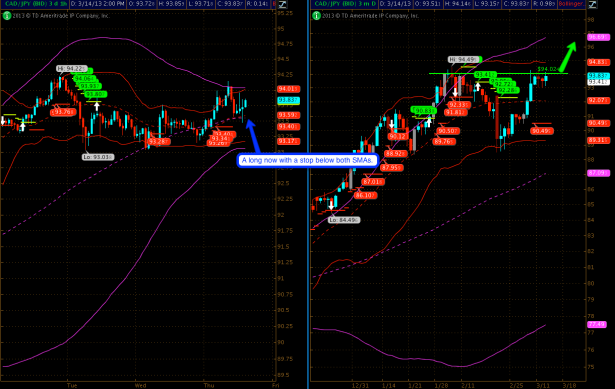 Slim pickings on the trading front – sorry, I don’t make the tape I just report it 😉 The CAD/JPY is back at its daily resistance line and given what I’m seeing on the ST panel I’m tempted to slip into a long now with a stop below the SMA. 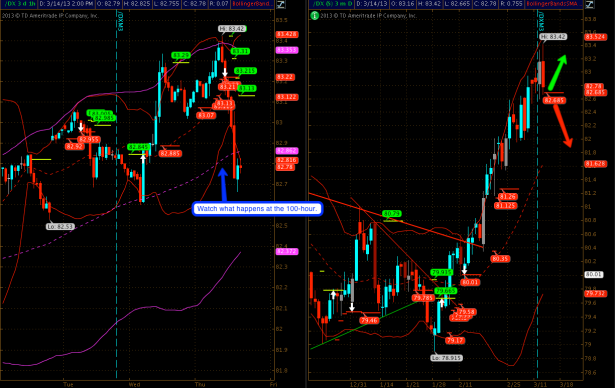 Keep an eye on the USD – the DX has been already testing a brand spanking new daily NLSL and if it fails we may be getting a long overdue correction. It’s already below its 100-hour SMA and may be doing a last kiss goodbye here. If you’re in this trade the hourly is really what you should be watching today. On a daily perspective that NLSL needs to hold or we’re probably retesting that 25-day SMA.

Public Service Announcement: Yes, the rumors are true – I’m heading out of town tomorrow morning as it’s Las Fallas over here and I desperately need a few days away from the non-stop festivities which have been plaguing my ear drums and disrupting my sleeping patterns for the past two weeks now. I will be returning Sunday evening and my next post will be on Monday – thus no post on Friday (tomorrow). I will occasionally be checking my emails but am planning to air out my brain a little and not think about trading. So please forgive me if your email most likely won’t be answered until Monday. 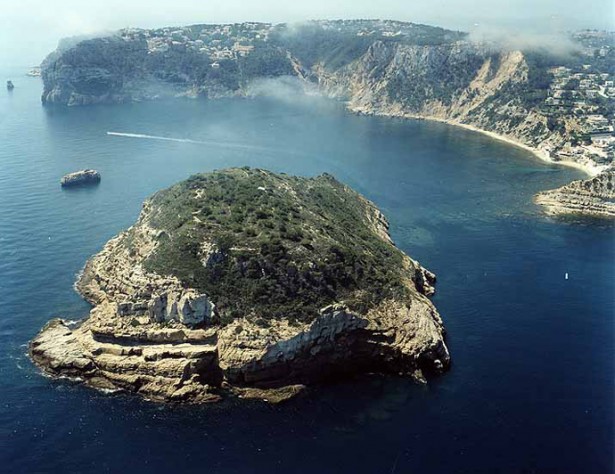 This is where I’m heading. I’m considering the island as a secure location for my new Mediterranean lair. Think Goldfinger but with better lasers and without Gert Fröbe. 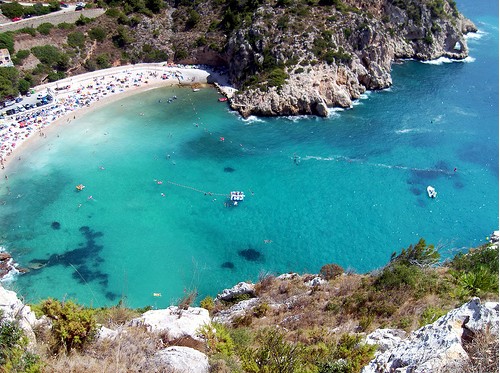 Be honest – would you check your email even once? Exactly…

In the meantime I implore you to stick with your charts and don’t let emotions interfere with your trading. Here at Evil Speculator we ignore the buzz and instead focus on our charts. Has worked wonders for us now since 2008 and counting 😉