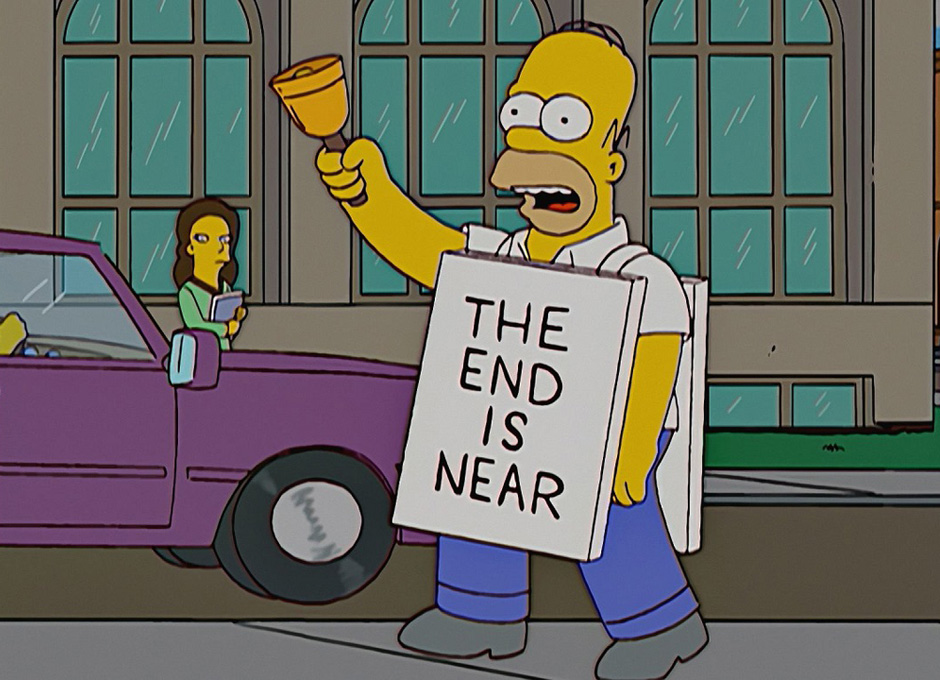 If you still pay any attention to the incessant clickbait peddled on perma-bear frequented watering holes like ZeroEdge then ‘thank God it’s doomsday’ has probably become your daily maxim since back in 2010, give or take a year. Most likely you are either not a trader or were eventually forced to give it up after watching your account being taken to the woodshed on several occasions. To the more nimble and reality focused rest of us this does however not mean that we should let ourselves grow complacent. After eight plus years of almost continuous upside advances the question bodes as to how much upside we have left here before we’re forced to endure a deep correction. 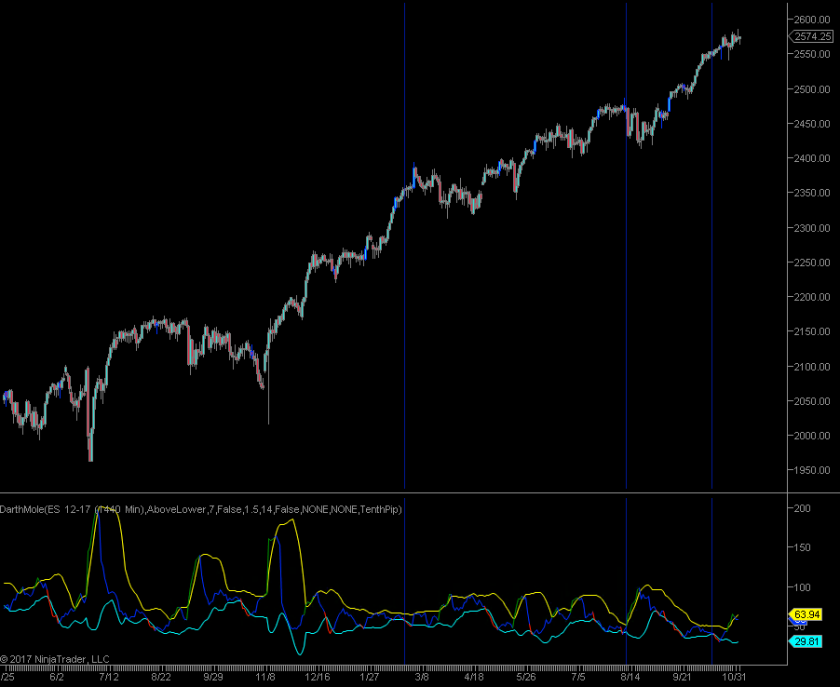 The panel on the bottom shows us realized daily volatility on the E-Mini, which seems to be in the process of expansion off its lower range. Clearly another drop or two back down are possible but those pinches I highlighted do suggest that the quiet days may soon be behind us. 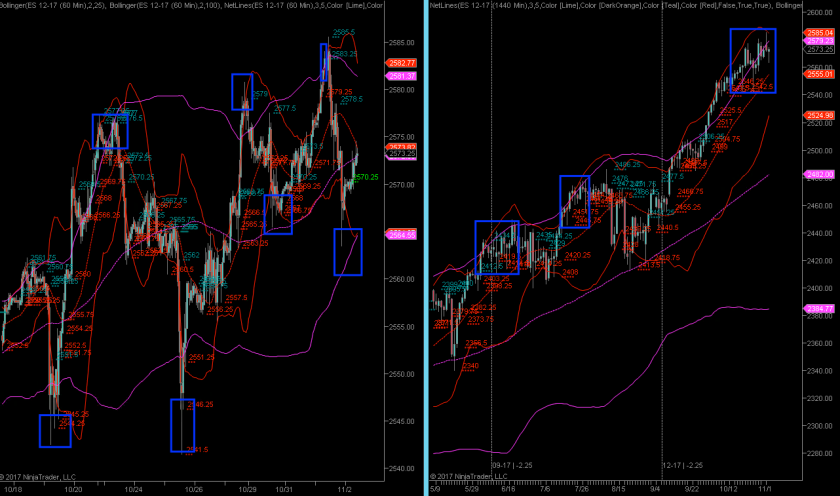 What’s causing the current expansion is increasing short term volatility which may be enjoyed by swing traders but does raise concern as to the prospect of an impending correction, at least if prior history is any guide here. 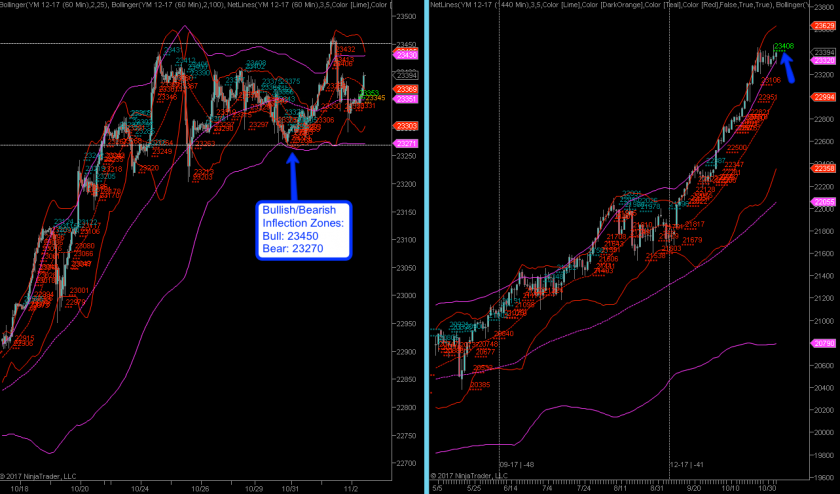 The YM has been more bullish than the ES recently but even here we are seeing signs slowing and the channel I drew is where I see the respective bullish and bearish inflection points. A breach of either threshold will most likely translate into continuation in the respective direction. 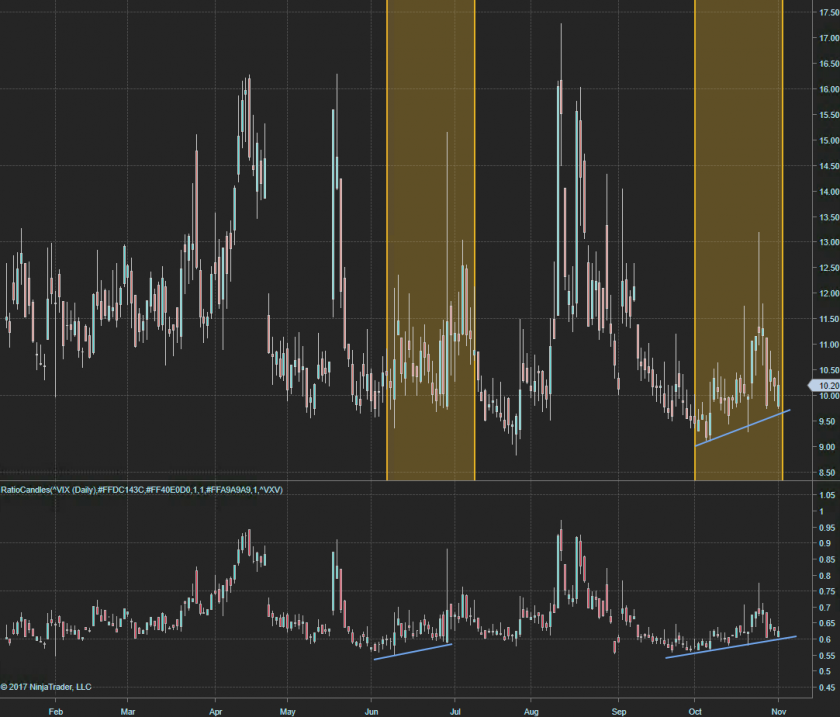 With the VIX repeatedly dipping into single digits downside protection in the form of longer term puts continues to be available at rock bottom prices but, more importantly, may improve sleeping patterns as we continue to advance to ever more lofty heights.

In ratio with the VXV the VIX offers us a view on the Implied Volatility Term Structure (IVTS), which for me has long been one of the most important measures of market sentiment. Divergences here can offer important and early hints of future market direction. What I’m seeing right now is compelling but not yet conclusive. The formation it’s painting right now could either be concluded or could turn into something bigger. Note however that while that diagonal I drew is being respected the odds slightly favor the bullish side in IV (and thus the bearish side in equities).

Impending doom and gloom has been predicted almost every single day since 2009. A large majority of retail traders have already completely missed out on what will one day be called the Great Bull Market of the 21st century. And s long as a significant portion of traders continue to look for a reversal odds will continue to favor the long side.

As always we’ll resist the urge to jump the gun and attempt to call a top. But all that said – when dark clouds loom near the horizon you may want to think about bringing along an umbrella. Which is why I keep harping on downside insurance in the form of long term puts. For now we take note and remain vigilant as it’s a bit too early too consider short positions. And when that time finally comes there will be plenty of time to jump into the ensuing feeding frenzy. 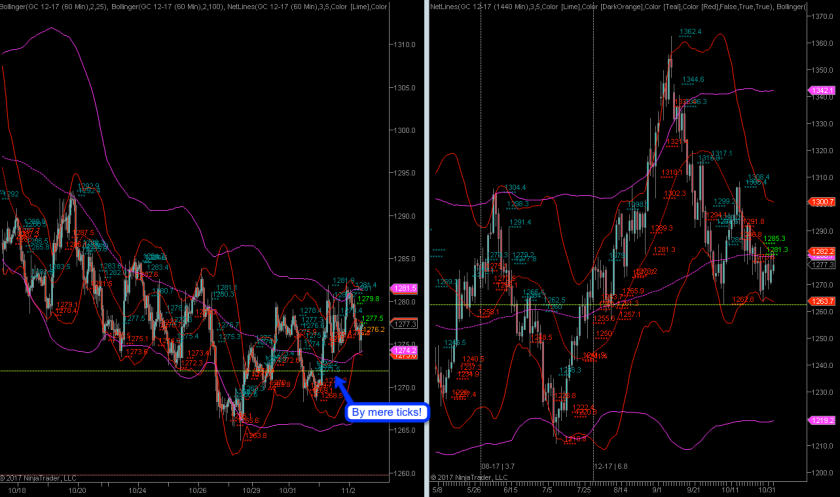 Gold was almost nabbed yesterday and I hope your stop near break/even was spared like mine. The formation is still developing but is increasingly gaining credibility. Nothing to do here right now and my stop remains where it is. 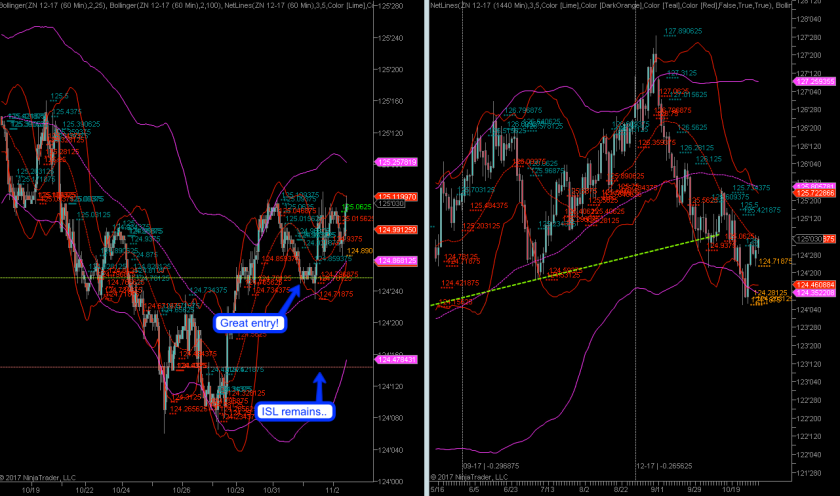 10-year bond futures turned out to be a great entry yesterday and once again the formation is starting to look better by the minute. Here however we keep our ISL where it is for now as we are still far from reaching 1R MFE. 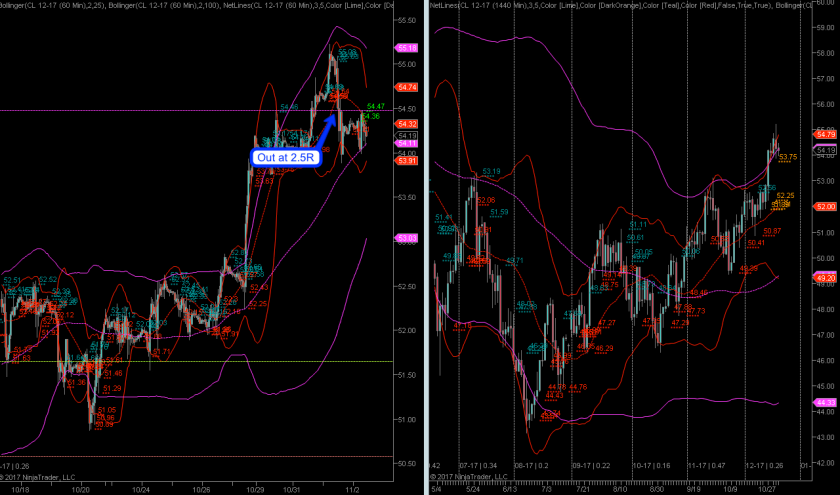 The crude finally met is maker but it left us with a juicy 2.5R in profits. I have further and rather important perspectives on this down in the subscriber section. If you’re not a member yet then now is good time! 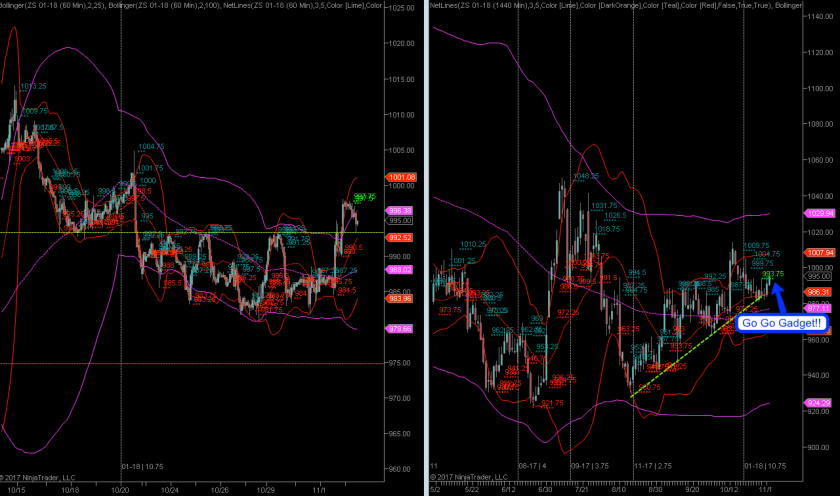 Soybeans doesn’t seem to know what to do with itself but the daily formation keeps reminding me to shut the hell up and let it do its thing. After all, if I wasn’t in this already I would probably be tempted to grab it now.