Is it true? Could it be? Someone please pinch me because it looks like we may just have departed this dreaded trading range which has been the source of much stagnation and whipsaw as of late. Well, let’s not jinx it – shall we? The session still has another hour to go and we haven’t really punched into fifth gear just yet. 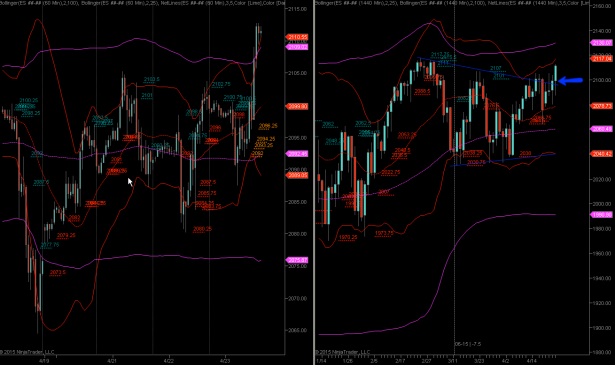 Here are the E-Mini S&P futures – a.k.a. the spoos (technically that’s the big contract but anyway) – nice punch higher here when most of us expected another trip to the downside. Yes yes, hindsight is 20/20 – ain’t it? Which is why I suggest you don’t beat yourself up and remember – it’s much better wishing to be in a trade than wishing to be out of one. 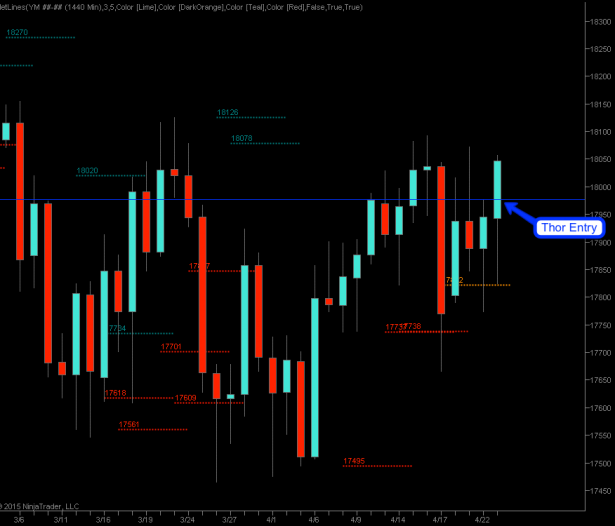 Thor actually grabbed a long here last night – I only took 1/2R as I’m a highly suspicious here. Plus YM is lagging the spoos it seems but hey, let’s see how she flows. 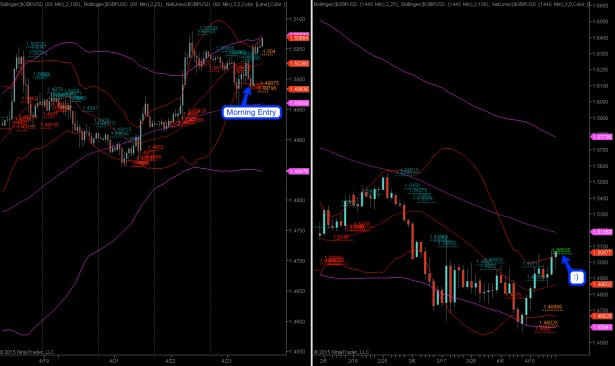 Cable update from this morning – so far so good and we’ve got a decent chance to breach that daily NLBL. Next hurdle would be the 100-day SMA but let’s address that if/when we get there. 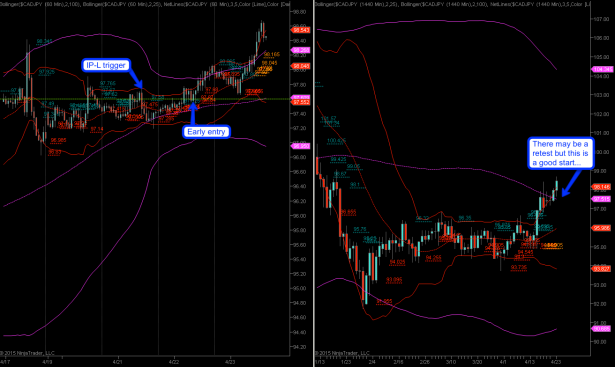 CAD/JPY – one of my favorite charts in my roster right now. We took an early entry yesterday and the actual IP long trigger was a few ticks higher. Which ever you took – so far it’s looking fine but we can’t rule a retest of the 100-day SMA, which is still falling, let’s not forget that. So we are far from being out of the woods here. 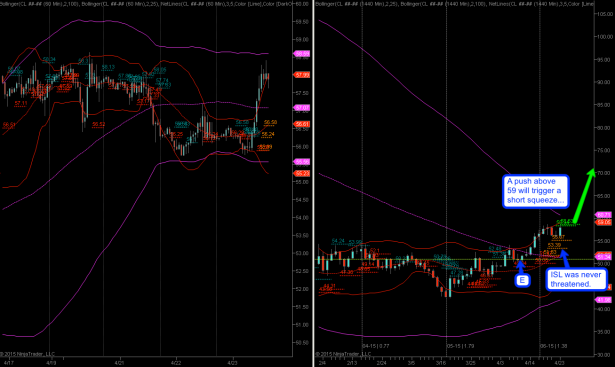 Crude – definitely out of the woods on that one. My trailing stop was never threatened and I’m keeping it here as I don’t want to be swiped in case we see a stop run lower before she blows. If it manages to pass 59 we are entering short squeeze territory – wouldn’t that be a shame… 😉 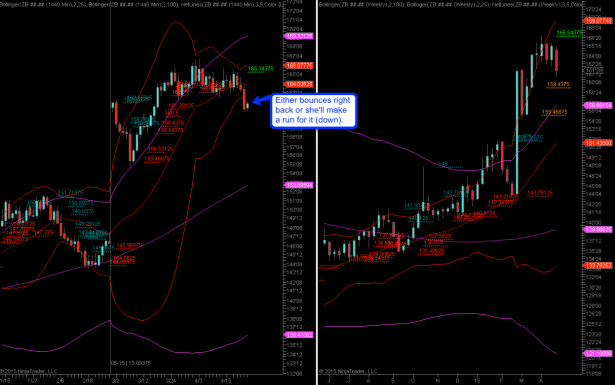 Bonds – no setup here, just a general observation. I’m actually short ZB via Thor and it’s looking good but has not locked in the 2R mark just yet. IMO this thing either falls apart right here or we’ll see another trip higher.

I’ve got some setups but will reserve them for my intrepid subs: