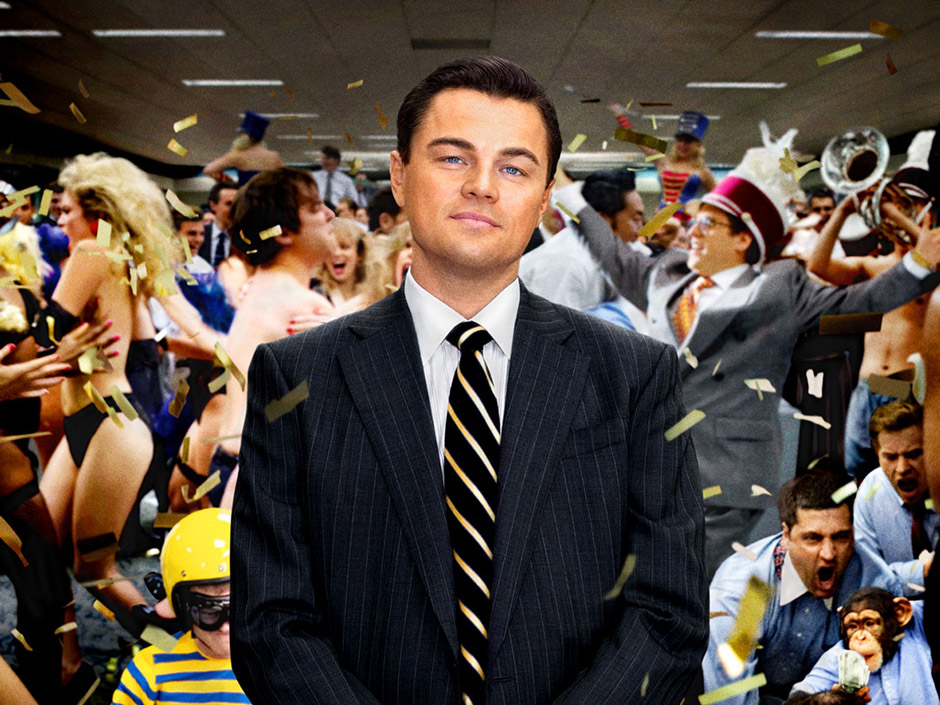 Try to say that one three times in a row – heck, I tried! Anyway, it’s now ten days post election election day and we still do not have an official tally (don’t start with me!) and vote by the electoral college. The market isn’t liking this limbo situation one bit as trading whilst strapped to a chair with a Damocles sword dangling over your head isn’t exactly anyone’s definition of wholesome entertainment. Plus it seems everyone’s getting tired of the endless drama and just wants 2020 to be written off as a the year you shall never speak of again. 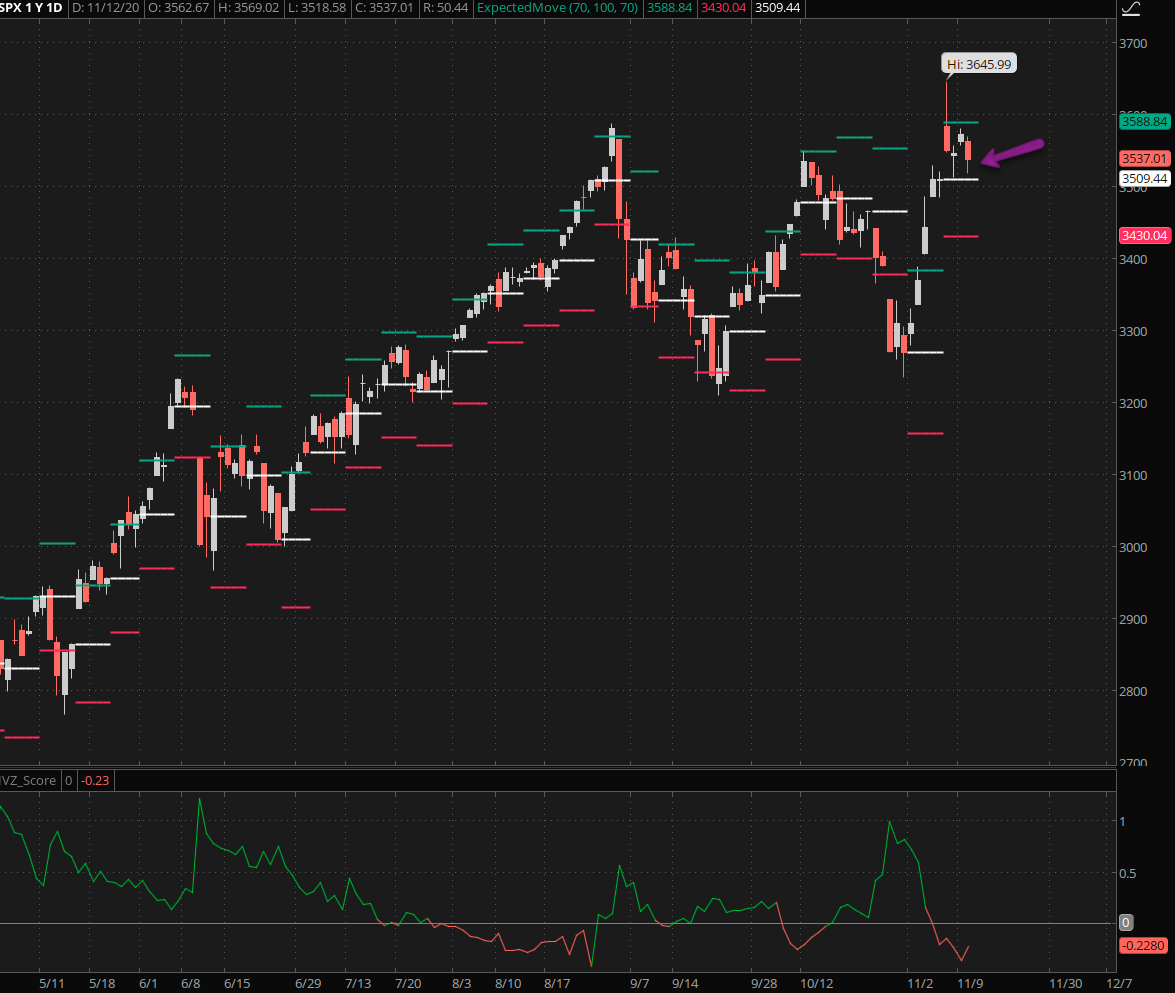 But you didn’t come here to be bored with political platitudes so let’s drive right into the market which is currently offering us a kick-ass money printing opportunity. Assuming you know how to read between the lines and also understand how to take advantage.

So let me illuminate you via a simple show and tell I’ve prepared for your edification. Look at the SPX over the past three weeks. Does anything stand out by any chance? Yes, there are big moves, thanks for pointing that out Sherlock.

No but that’s not what I’m referring to – it’s the fact that equity markets continue to do a horrid job of handicapping risk as evidenced by three consecutive breaches through the weekly expected move. Cue HD with his weekly derogatory remark about quant traders.

Well, those cats aren’t actually the dullest tacks in the box and may I point out that they’re not the ones pricing risk, it’s the market as a collective. Whatever the reason the fact that one half of the population is currently crying foul about a presidential election does not seem to have any bearing on the pricing of future risk. 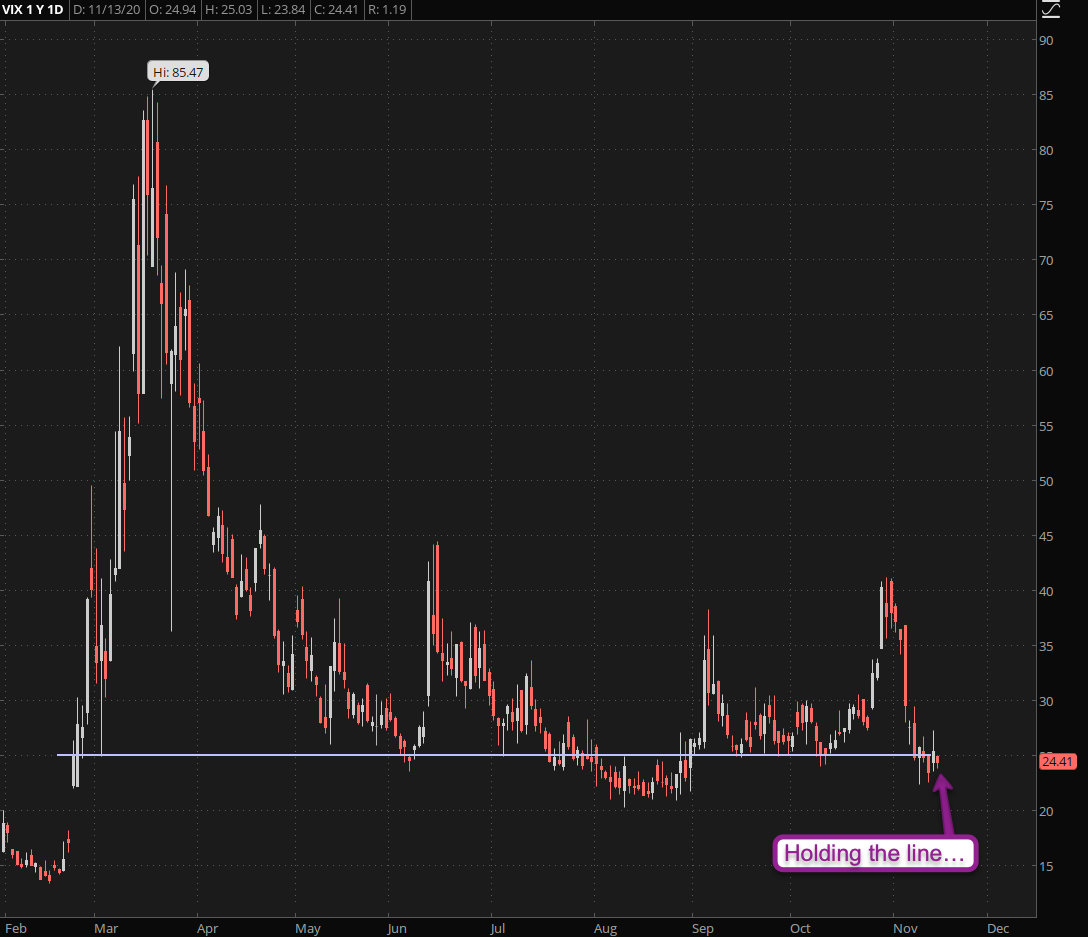 Which is exactly where we come in but more about that later. What’s important right now is that IV is still relatively cheap and seems to have stabilized post election. This is something that has rubbed me the wrong way for the past week and I frankly smell a stinking rat here. 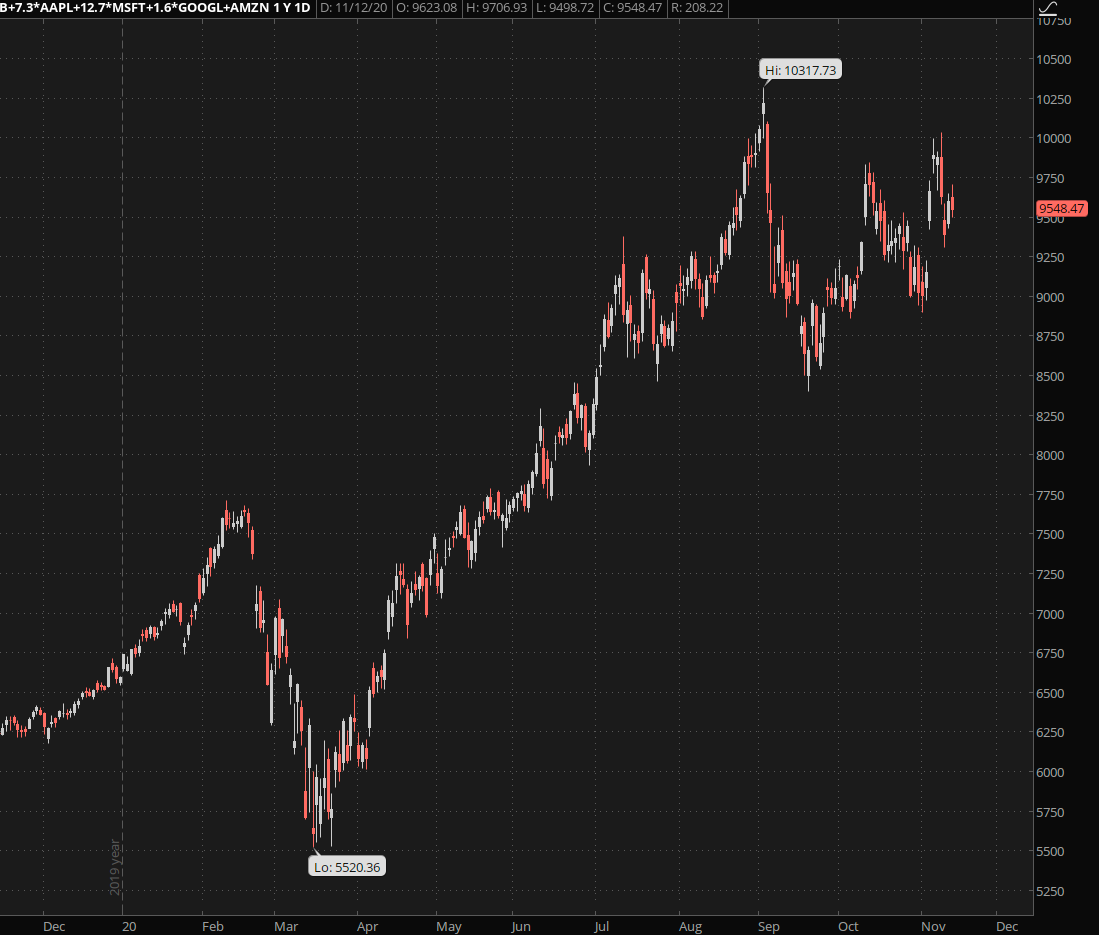 Not surprisingly big tech was elated about the prospect of a Biden win but it has now pulled back a little while waiting for new instructions. And that’s the big conundrum the market is experiencing right now – it may take weeks for this political train wreck to be untangled, so effectively it’s operating in limbo right now.

Now for directional traders the risk of a big swing in either direction is not a very attractive prospect as a wipe out in either direction could be extremely costly. Option traders on the other hand, especially of the professional kind live for that kind of stuff. After all done right, a big move has the potential to print bucko bucks in a short amount of time. What’s not to like?

So let me show you what the cool quant kids are currently cooking up: