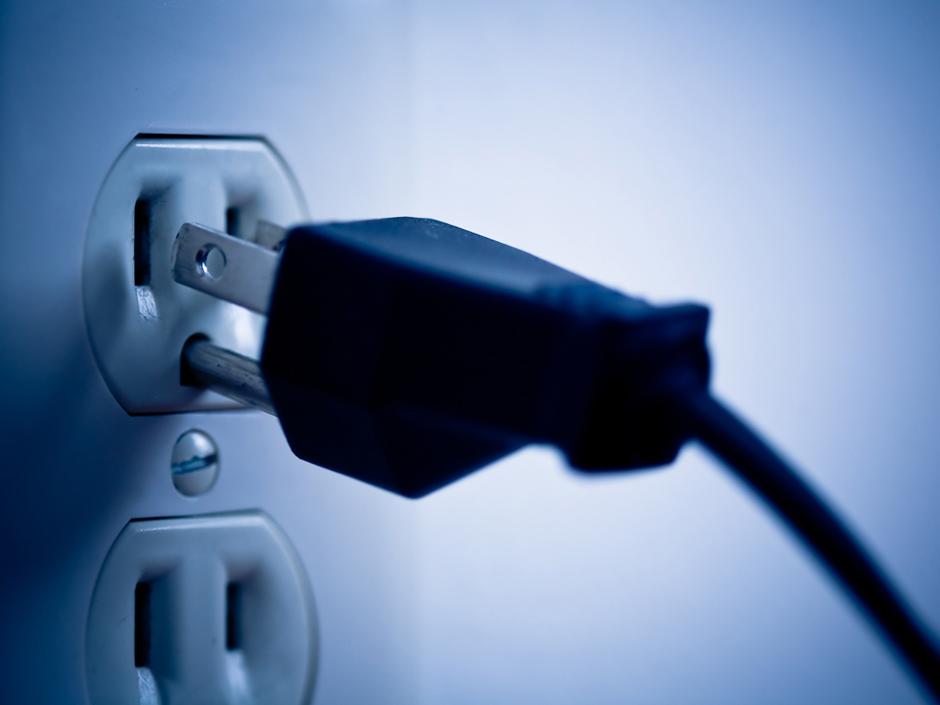 With the S&P 500 mostly treating water this week the big question in my mind was what the heck is driving the Russell to advance higher as if being juiced by a double dose of Martin Armstrong’s Tour de France special. Time to lift up the market’s skirt and dive in for a closer inspection. 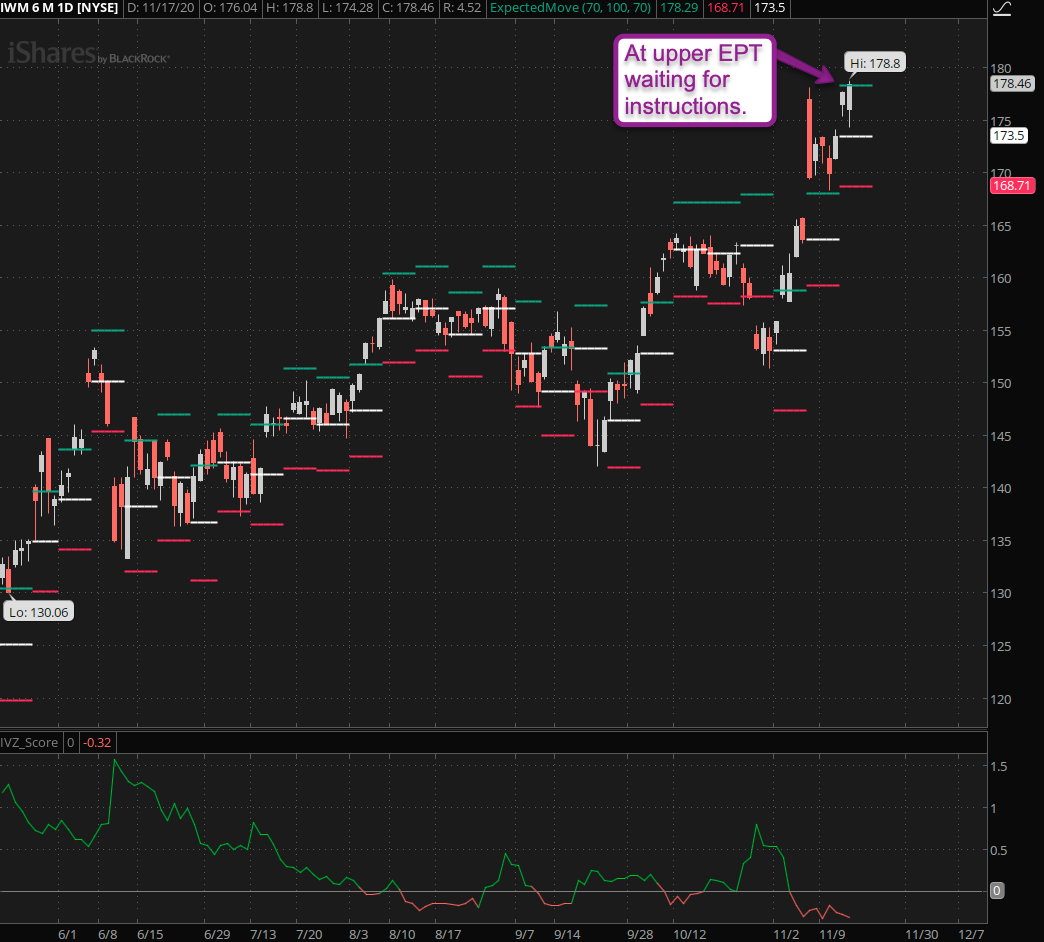 As you can see the IWM has been a very naughty boy lately, continuously disappointing option sellers handicapping risk on a similar anticipated weekly range and getting their members slammed three times in a row now. As Albert was fond of saying: “The definition of insanity is doing the same thing over and over again, but expecting different results.”

Thus far the IWM has remained range bound thus far but with three more full sessions to go it’s easy the potential for another IV wipeout is pretty high. 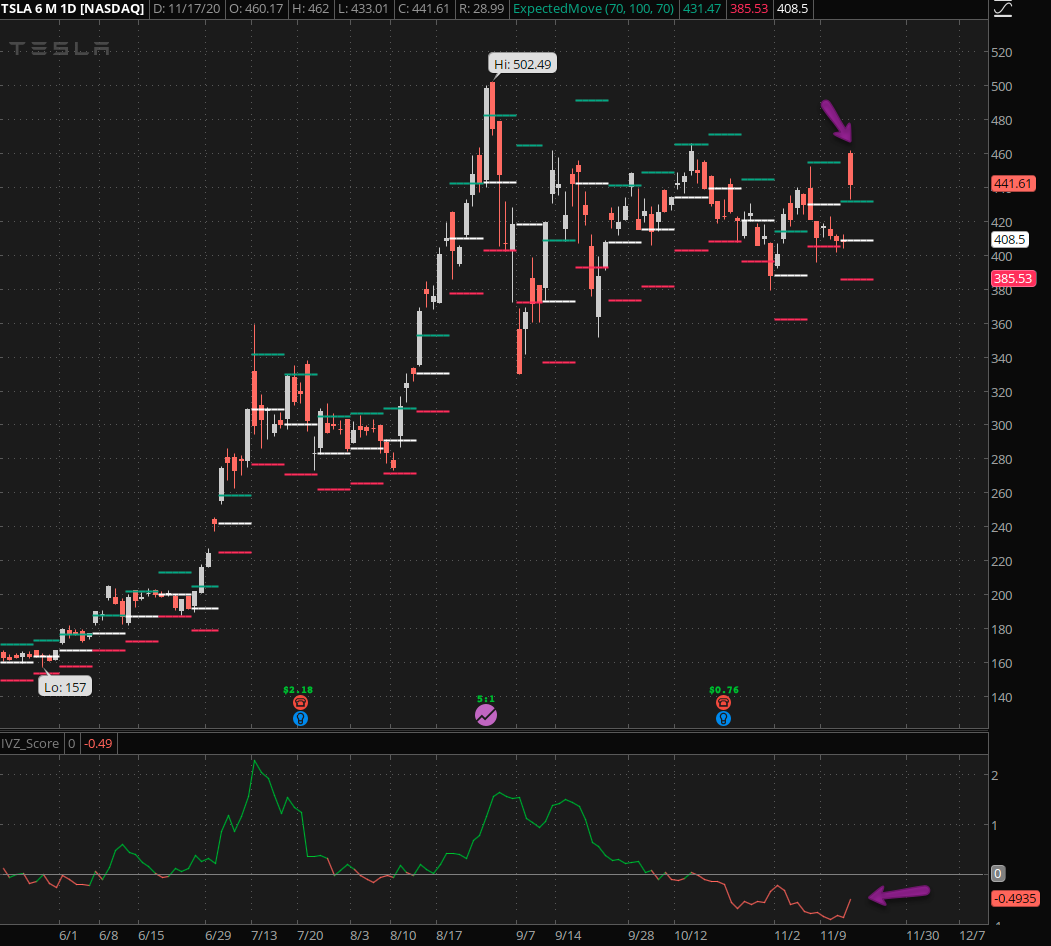 With big tech, the main driving force of the overall marketplace, stuck in the pitstop right now the question thus remains? Who is doing the running? Well, the big shuffle seems to be scattered all over the place. Here’s TSLA for example – not exactly known to be a slow mover but that Tuesday candle is simply ridiculous, and it’s not even earnings week. 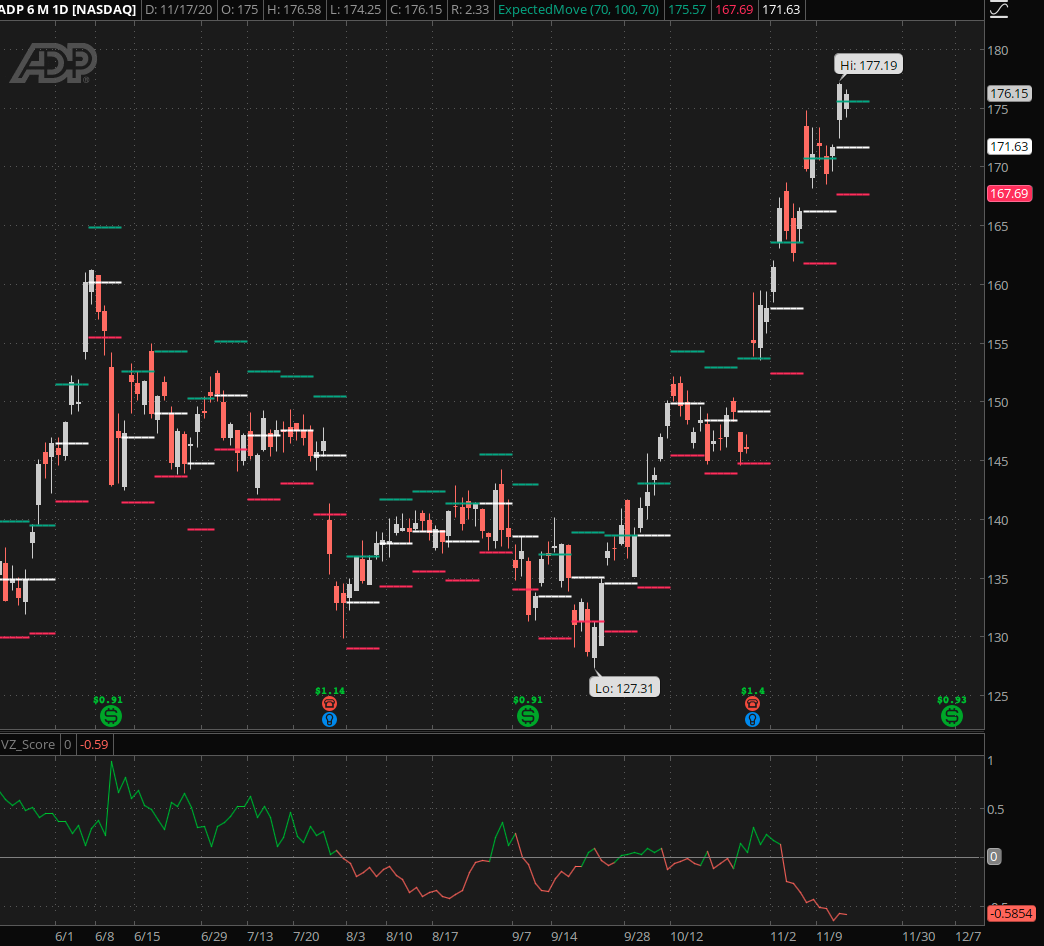 Some of it also doesn’t make too much sense. I mean why a human resources management company is considered the bee’s knees right now? Well, a possible COVID vaccine of course but I fear the great party may be followed by a huge hangover in not too short of a time. 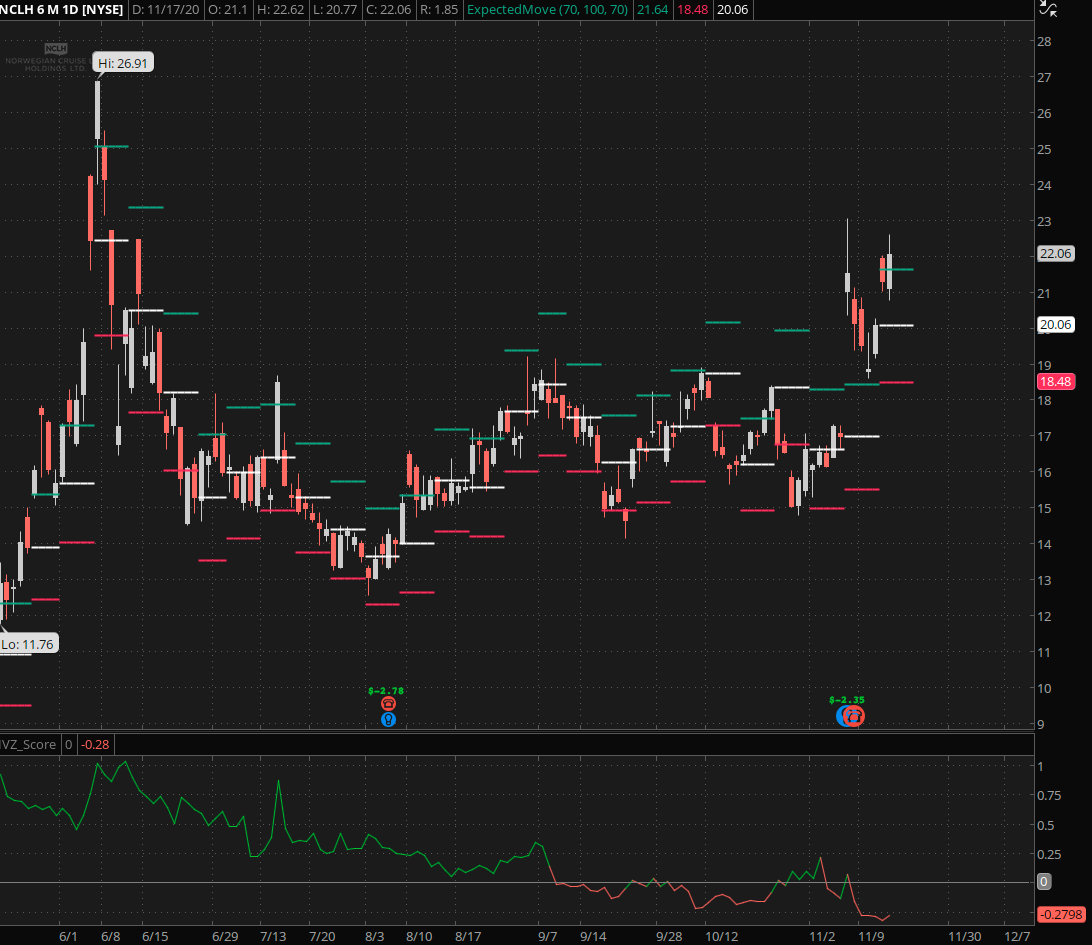 Ditto when it comes to cruise liners. How many of you are eager to be packed onto a floating tomb with thousands of other people right now? While possibly still forced to wear a mask? Oh yeah, sign me up! (sarc: not really) 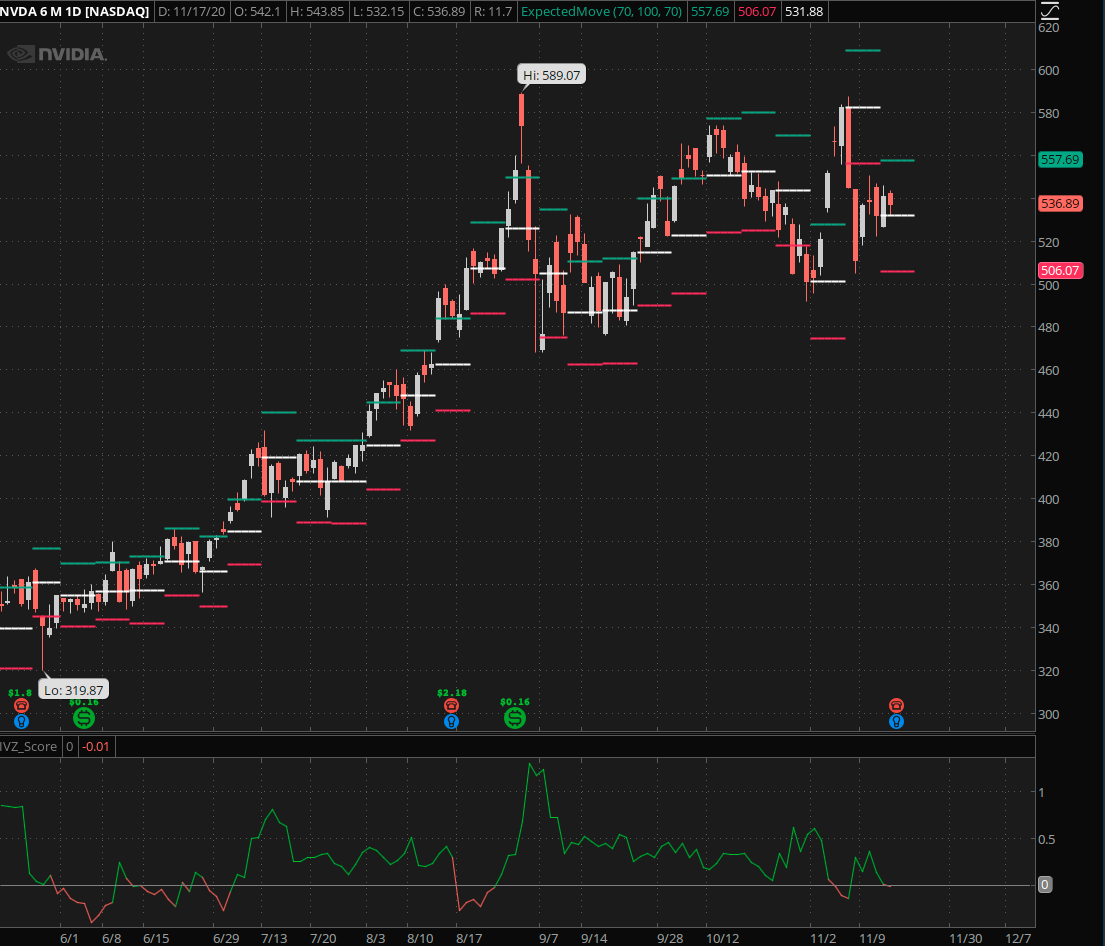 NVDA makes a lot more sense as many workers will remains stuck at home but it’s not really doing this much. So is there any credible justification for the Russell’s big move higher?

No there really isn’t. But we don’t really care as we are not tasked with making sense out of this whole train wreck of a year. What matters of us is banking coin and on that end I aim to be helpful. So let me show you to take advantage of this apparent disconnect between perception and reality: