See there are two types of traders – the ones on the inside who make things happen and the ones on the outside who ask you what the heck just happened. Unfortunately most of us have to eek out a living on the outside and as such we best ignore the news as it just represents a feeble human need to attempt to rationalize events that have already happened. Yesterday morning everyone on  the outside got the legs cut from underneath them and by the time the smoke settled the big question on everyone’s mind was ‘what the hell just happened?’ Which was the cue for a multitude of explanations and rationalizations from pundits across the land (European elections, Berlusconi, etc.) which IMNSHO present absolutely zero benefit to the common field mouse, i.e. traders like you living off the breadcrumbs that the system permits them to collect. 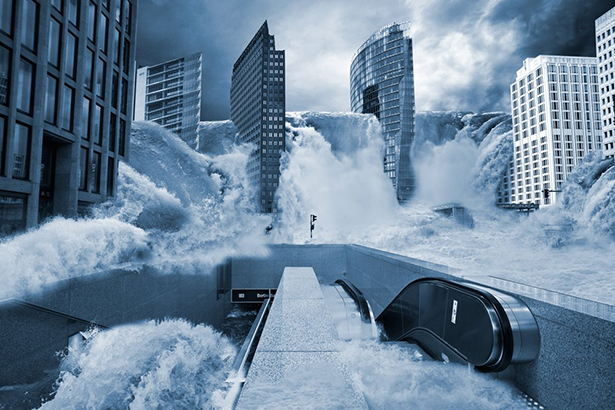 Fast forward to the ‘day after’ which is an important concept and you should pay attention now. This morning Scott kindly dropped by to leave a comment I hope all of you saw. It’s something both he and yours truly have addressed on numerous occasions and it bodes repeating as I still saw a lot of confusion in the comment section today:

One thing that everybody needs to keep in mind for today: Yesterday was a type III trend day. The overwhelming probability for today is the opposite, smaller range. Anyone trading the emini today should keep in mind that unlike yesterday (where sell and swing for the fences was the order of the day) today will be a scalp long at lower bollingers and sell at upper bollingers type of affair. Also a gap fill is a higher than usual probability.

I hope this sinks in and as such today’s tape should be of no surprise to you. Of course a surprise drop is always on the menu but what I’m seeing thus far fits the textbook game plan for post banana peel slip days. As I pointed out this morning myself – that 25-hour SMA appears to be important and has thus far put up resistance. As I am typing this we are trading above it however and that now leaves the NLBL at 1495.75 as the final hurdle separating a stab higher from more consolidation. 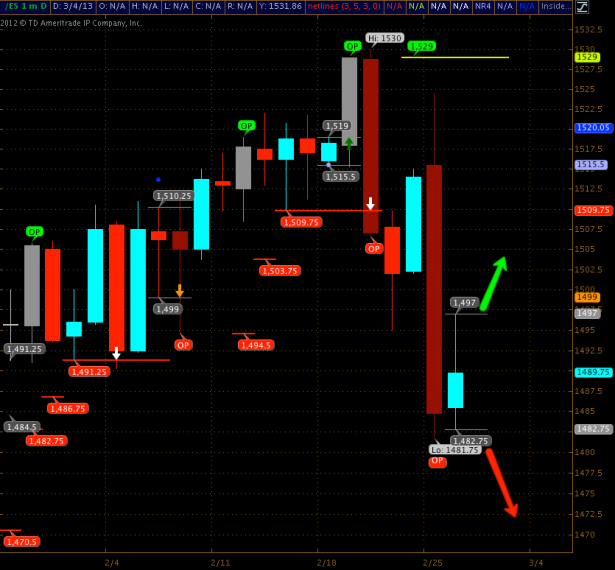 At this point we are most likely going to get an inside day on the spoos – and you know what that means. The current upside trigger is 1497 which is just a handle and change above that NLBL. 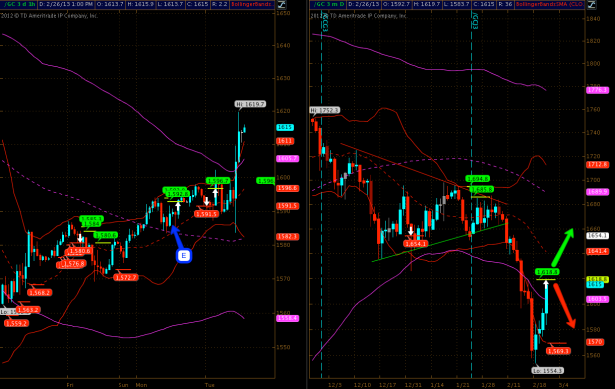 Gold – I told my subs that I had flipped my shorts for a long position yesterday and I’m damn glad that I did. Today’s stab higher more than made up for the little loss off the lows and I’m now ready to call it a trade as it’s heading into daily resistance. At least for now – let’s see what happens here. 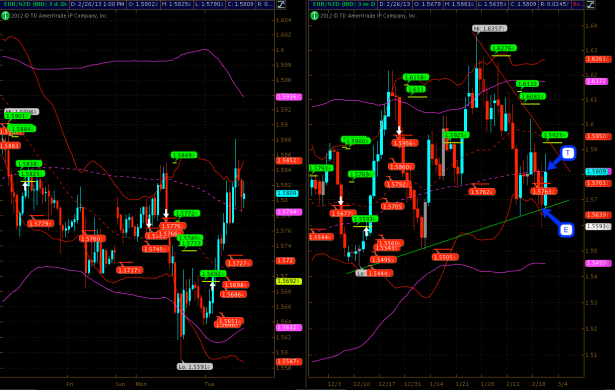 EUR/NZD – that diagonal trend line was just too juicy to pass up last Friday. It’s been tumultuous ever since – had to jump in and out yesterday and then tried a short near the 100-hour today which however went bust. All in all I managed to eek out a few pips of profit. I would not want to be long here as that upper diagonal on the daily is looming near and large.

Now let’s do some setups – please step into my lair:
[amprotect=nonmember] More charts and non-biased commentary below for anyone donning a secret decoder ring. If you are interested in becoming a Gold member then don’t waste time and sign up here. And if you are a Zero or Geronimo subscriber it includes access to all Gold posts, so you actually get double the bang for your buck.
[/amprotect] [amprotect=1,13,9,12,5,10] 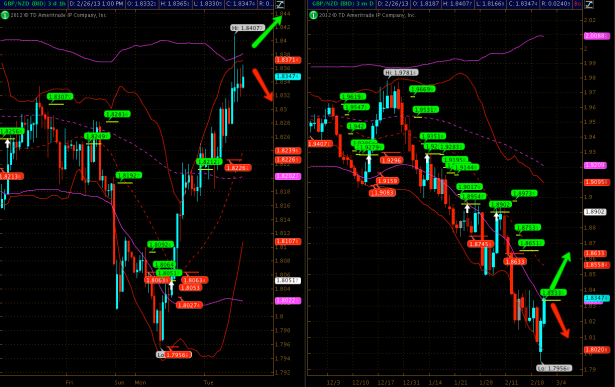 GBP/NZD – seemingly at an inflection point (i.e. hourly and daily) and that NLBL on the daily ought to be good for some resistance. 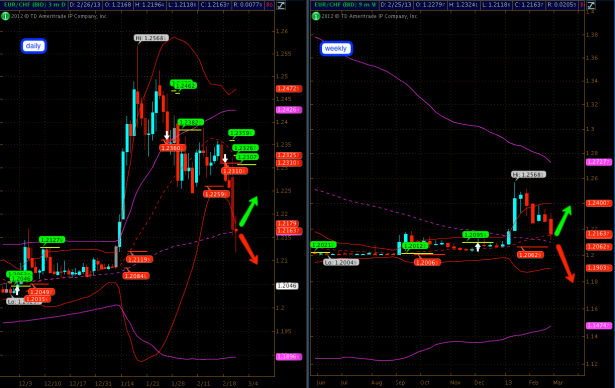 EUR/CHF – daily and weekly panels shown here. Clearly the daily is fighting to hold the 100-day. On the weekly we ahve the 25-week crossing the 100-week and we are right on it. 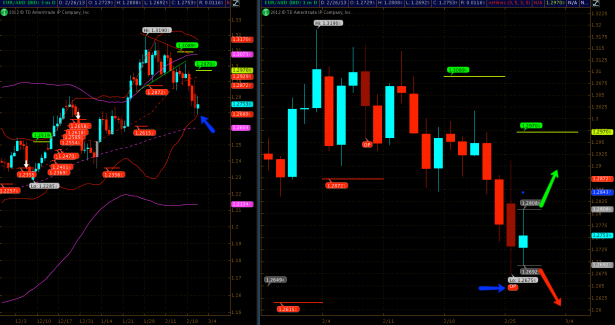 Inside day on the EUR/AUD – I like the context as it’s near the lower 25-day BB. So either breach ought to be good for acceleration. It’s always about the context, folks… think about it. Running around in Manhattan in your underwear will probably get you arrested in a hurry – doing the same at the beach appears to be perfectly acceptable. 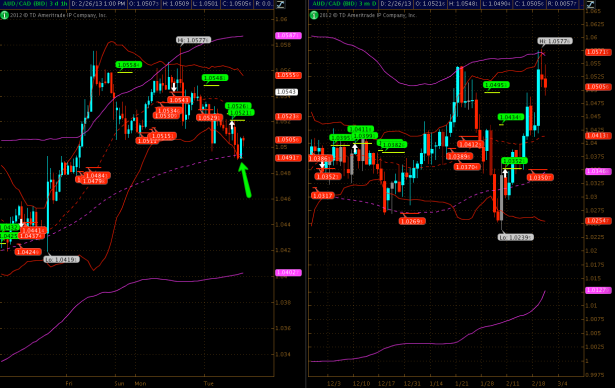 AUD/CAD – some hourly support here and that may be a good in/out trade near the 100-hour. 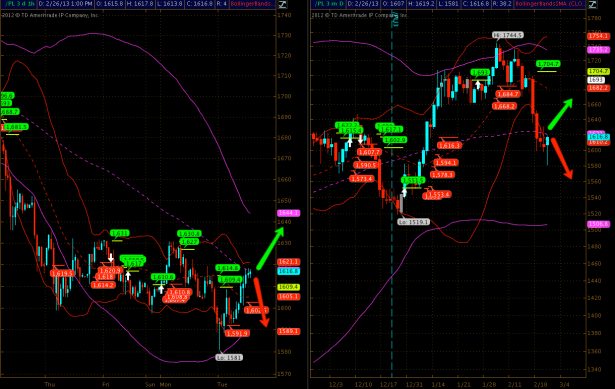 And my favorite of today: platinum!! The shiny stuff is correlating hourly and daily inflection points and that are the kind of odds we’d like to see. Gravity appears to be taking hold here and I’m slightly more interested in the short side but would participate in a breach on either side of the Maginot Line.