Seems like some of you guys had difficulties finding entries this morning which confuses me a little. Perhaps you are not subscribers which may explain how you may have gotten whipsawed. Although the spoos are our main roadmap it’s not always what we use for our entries. 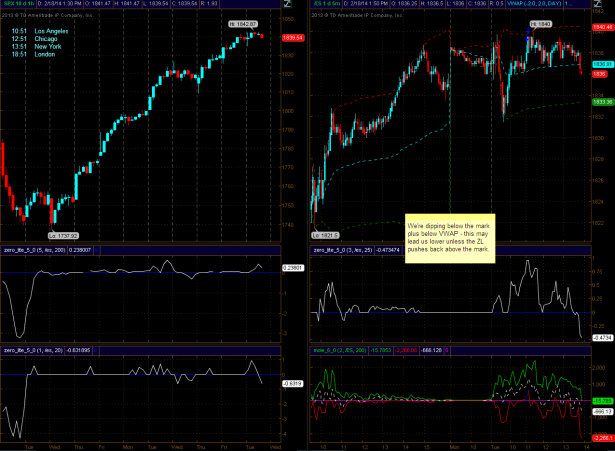 As you can see the spoos dropped at the open and then recovered. If you were a Zero sub then you enjoyed the benefit of the Zero Lite (right panel) which has pointed upward all day so far but is now starting to dip below the mark. Also given the questionable odds of an 11th consecutive E-Mini closer higher I am very skeptical about the long side myself which is why I have already taken profits on this morning’s TF entry: 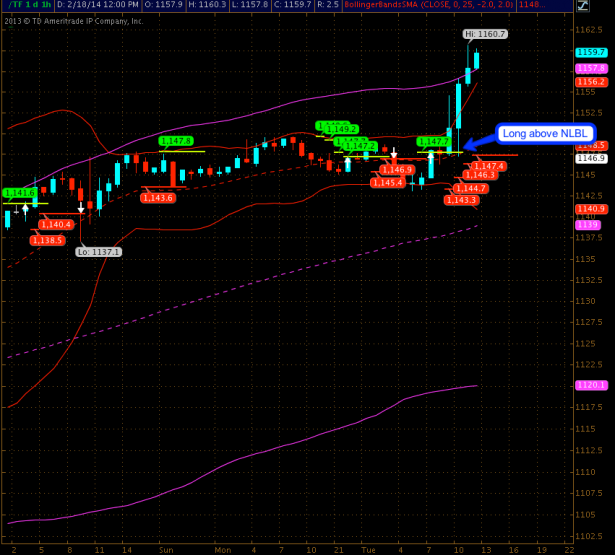 As you can see it’s been very well behaved – breached the NLBL/SMA threshold and then never looked back. That was a 1.3R winner for me (as I only played 1/2R due to the YM trade) and hopefully for some of the subs as well. 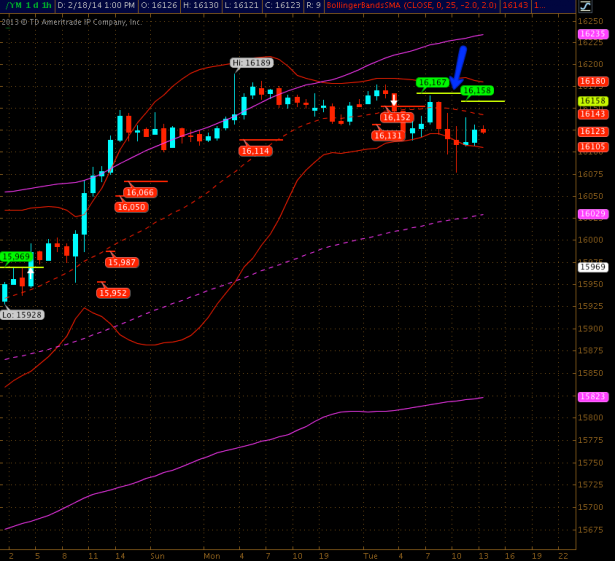 I also suggested the YM this morning (short below the NLBL and long above). Once again it’s been well behaved and although I’m short it hasn’t banked much coin. Closed out and that’s that.

So that’s the difference between being a sub and a free loading leech – the latter banked some coin today. Not to say that our free charts are useless – if you were a skilled operator I’m sure you were able to figure things out. But if you’re too busy and want to trade alongside the Mole then you may consider signing up. Or not – same to us – we always welcome suckers on the other side of our trades 😉 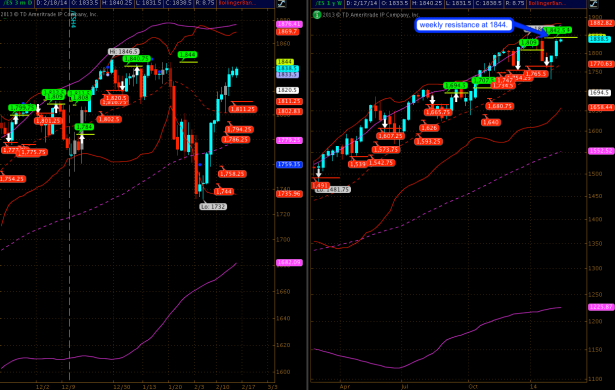 Anyway, bear in mind that the spoos are pushing against their weekly NLBL at 1844 – that one is still good for another two weeks after this one. Given where we are a close above it this week does not have the greatest odds. For that to happen I would prefer a quick stab lower followed by a climb back above by Friday.

I must disappoint on the setup front today – frankly I don’t see anything I really like. Equities are interesting here at this stage but price is not budging and I’m not about to short just based on statistics. At minimum I would want to see an short term sell signal And frankly speaking I’m not too worried about missing out a little correction to the downside. The trend remains up in equities and until that changes I’ll prefer to trade the easy way.