The Dollar Rules Them All 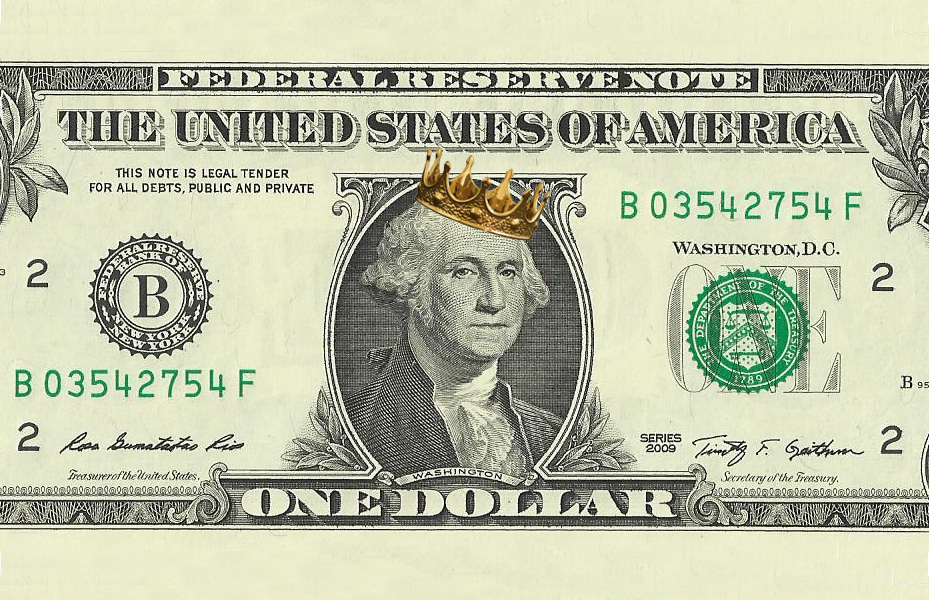 When it’s all said and done cash is always king, except in India where prime minister Modi is currently working extra hard to blow up the nation’s economy and cast one billion people from poverty into extreme cashless riot ready poverty. Well done and hopefully a lesson that will be remembered the day when banks attempt to lobby for similar initiatives over in the United States. Until then the Dollar seems to have emerged as the undisputed winner of all currencies, which of course is most likely a result of an anticipated rate hike by the Federal Reserve sometime next year. As you may suspect I’m a bit skeptical as to whether they’ll actually do it, as a strong Dollar obviously conflicts with President-elect Trump’s campaign promise to return many of our lost manufacturing jobs back to the United States. 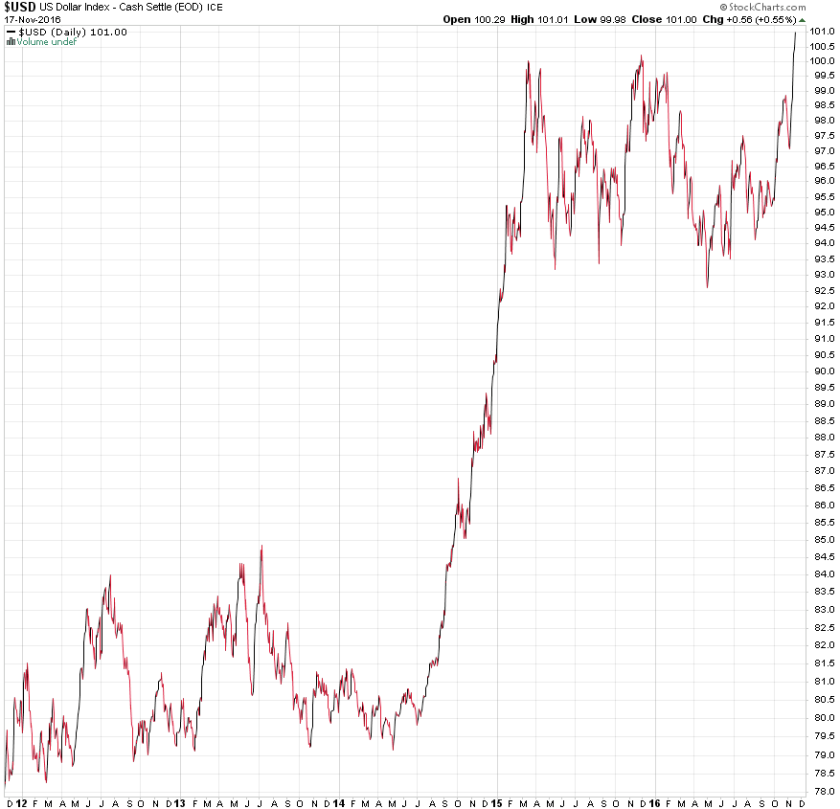 In the interim however I am very much enjoying my much discounted EUR/USD exchange rate. Since the election the USD has advanced from 97 all the way to 101 with no stop in sight. Everything except equities is being crushed including most commodities and forex pairs with the USD as the quote currency (e.g. EUR/USD, GBP/USD). Case in point: we tried a long entry on cable yesterday but it unfortunately got stomped earlier today. 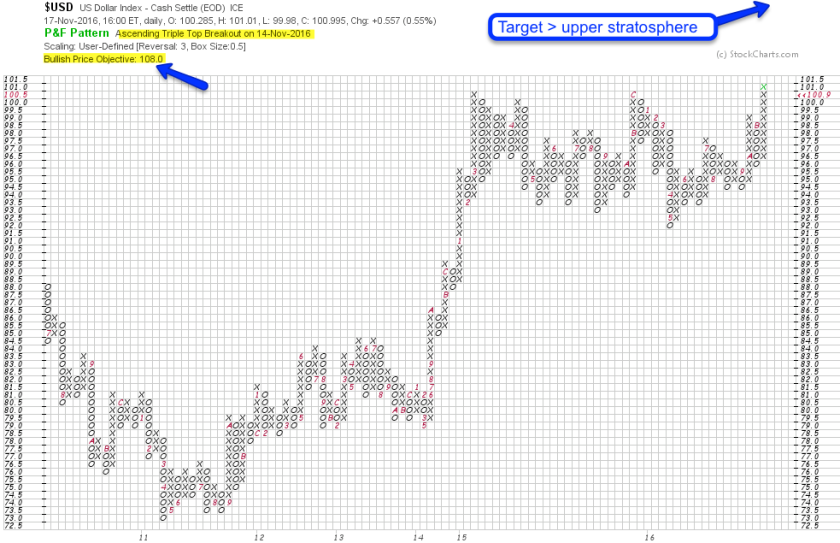 Our trusted P&F chart is officially on fire flagging us an ascended triple top breakout earlier this week and putting us on course for an insane bullish price objective of around 108. It’s very doubtful we get there in one swoop but it’s possible we’ll see the Euro on par with the Dollar sometime next year. I for one have been looking forward to that and perhaps we should organize an Evil Speculator party somewhere where I’ll be handing out silly ‘Euro Par’ hats.

Now before you get too excited and chase this one higher (or lower on various Forex pairs): We are due for a correction and I’m pretty sure that Yellen is going to do her very best to jawbone the Dollar back down by a few handles. If you insist on trading the currency side then be prepared for that, which means loose stops and small position sizing. 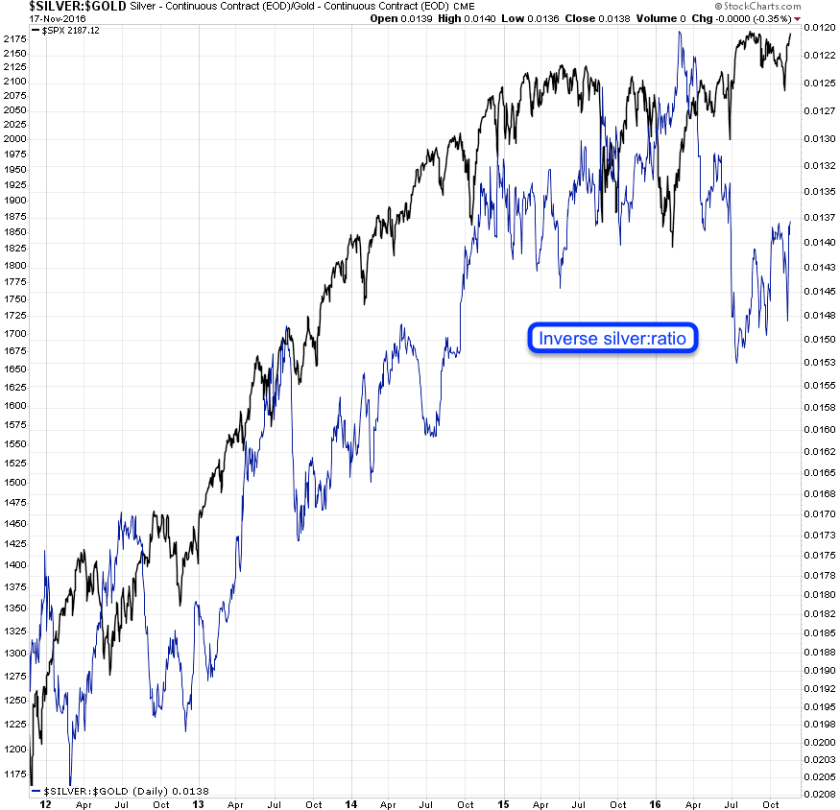 Precious metal also have been taking it on the chin pushing gold and silver below important long term support near their respective 100-week SMAs. Silver is actually slightly better shape technically speaking so if you must go long anytime soon then I suggest you stick with that one (or alternatively SLV if you’re trading a small account). But I must warn you, the current inverse ratio signal is looking pretty bullish, especially after pushing above the recent high yesterday. 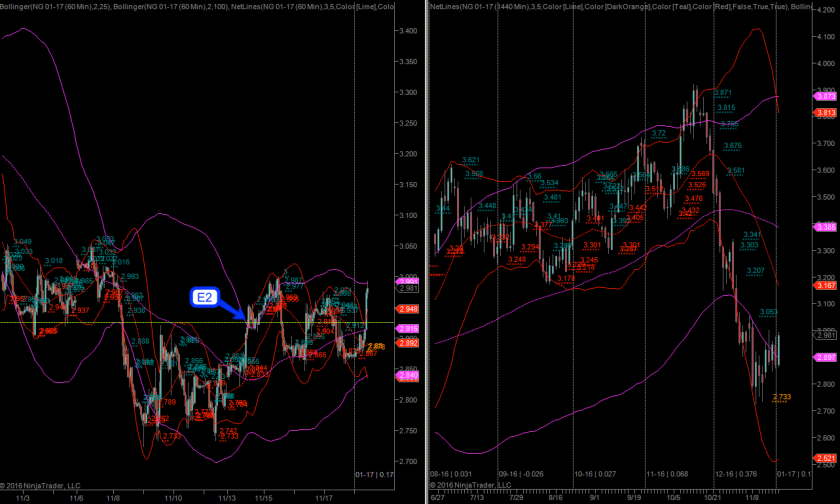 Quick update on our natgas campaign. As you can see it has kept us in suspension over the past few sessions but that hourly Bollinger is narrowing quickly, which means a break out may be finally above the horizon. At least we just rolled over and have a month ahead of us. 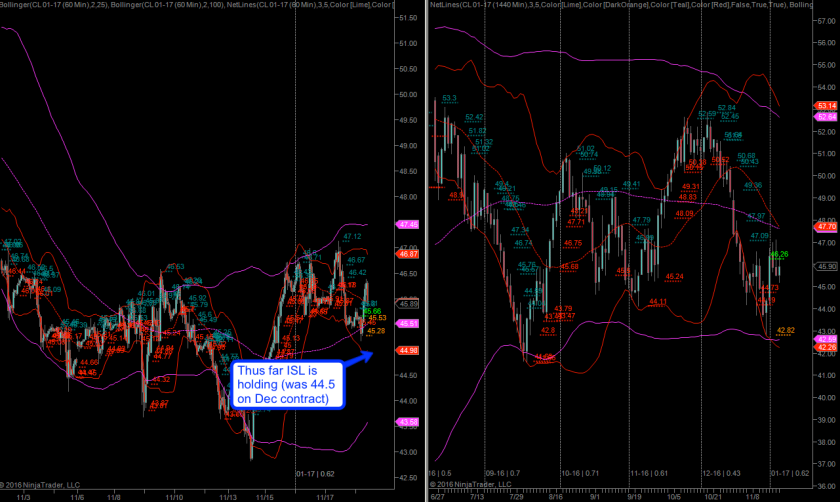 Similar situation in crude. Obviously a raging Dollar is keeping a lid on any break out situation here and we barely avoided getting stopped out. Technically we are in the same situation and a close above our NLBL at 46.26 will be needed to push us into the lift-off phase. 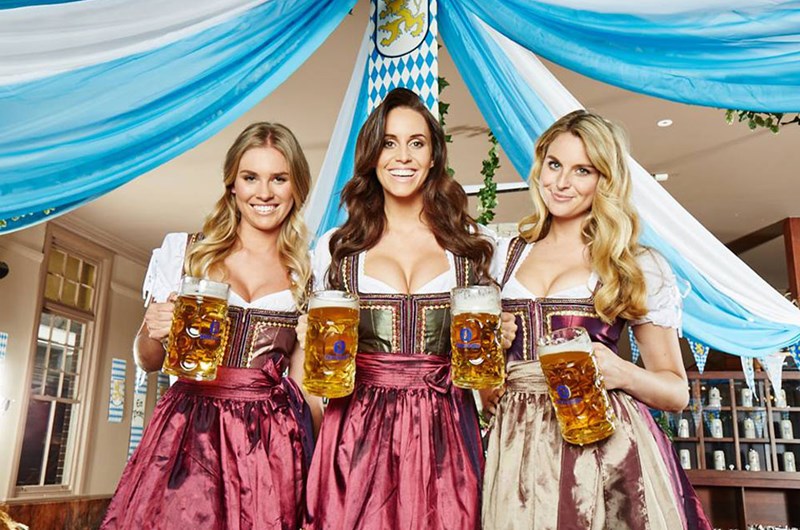 And that would be it for me for this week. I’m going to grab myself a well deserved blonde – Hefeweizen that is…