There is an unwritten rule pertaining to inside days which, according to some of Scott’s statistical research, permits us to carry an inside period entry to a second day if (and only if) a preceding candle breached a trigger by not more than one tick. Well, the spoos pushed to 1659 today and assuming the tape remains inside for the rest of the session I don’t think we are bending the rules by much by keeping that the inside day setup valid. 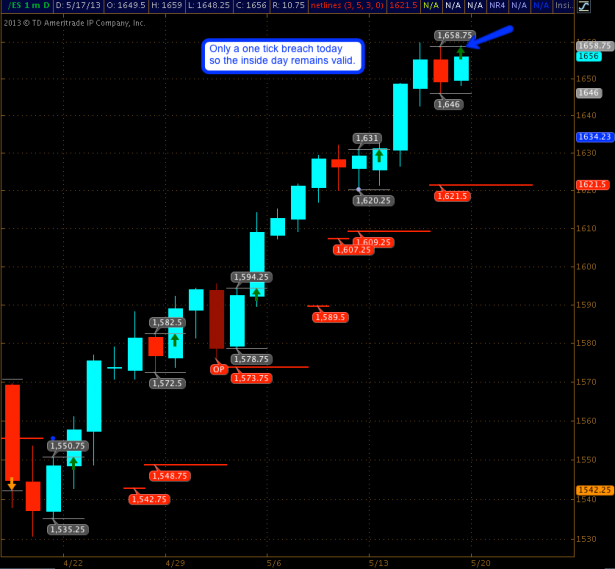 If you look at the preceding rally then it’s clear that inside day breaches with the trend have been very profitable. Whether that keeps up is hard to say but if we get a downside breach it may be a first sign that things are slowing down. So watching this setup is not just a matter of trading a technical setup – it may also answer the question as to whether this thing has the legs to squeeze the bears a little more.

As a little sidenote: I saw a twitter that caught my attention: After four days of Bullishness the sentiment on the StockTwits $SPY Stream is right back to a Bearish majority. Well there you have it – as long as the bears continue to step in front of a speeding train there’s no predicting how far this rally can go. As you know I’m rather skeptical up here and thus am not participating unless I see a decent correction. 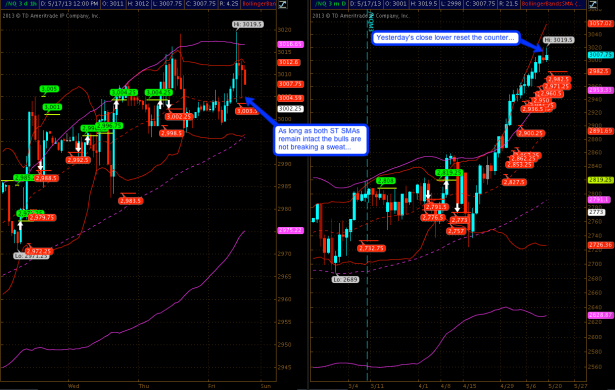 More good news for the bulls (as if they needed it) – yesterday’s tiny down day on the NQ reset the counter of consecutive days higher. We’re now back to square one and statistically speaking there is now less edge in betting against this rally. You have been warned. 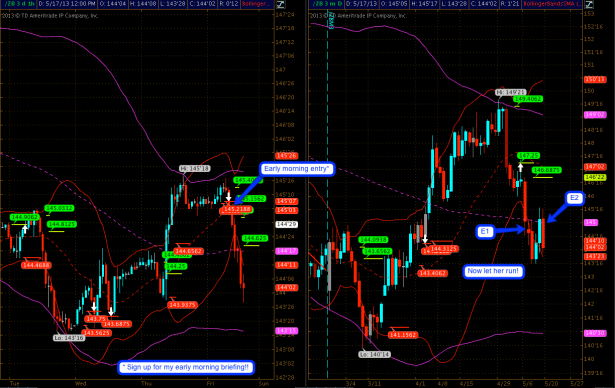 Of course I haven’t been completely useless as there have been great technical trading opportunities across the board. Here’s one from this morning which I posted for everyone to see (I wonder how many of you actually took it). The ZB was in very unique configuration this morning – right at the 25-hour SMA plus it was just kissing its 100-day SMA as well. I suggested that this may be a last kiss goodbye and apparently that’s exactly what we’re going.

If you recall – on Monday we actually took that entry for the first time – just when the ZB was dropping below its 100-day SMA for the first time (see E1 on the right panel). I did suggest that we may see a retest of that SMA and maybe I should have kept my mouth shut as that is what happened. Of course I’m kidding – I very much enjoy retest setups and this one wasn’t one to pass up. With a bit of spit and scotch tape we may be good to go now – I’m personally keeping my contracts running with expectations of a run toward 140’30.

Moral of the story: The early bird catches the worm. When you guys roll out of bed over in the U.S. I’m already collecting charts and am hunting for short term victims. You see the best of them before the market opens – so do yourself a favor and sign up for my early morning briefing (see the banner below this post or in the right sidebar). 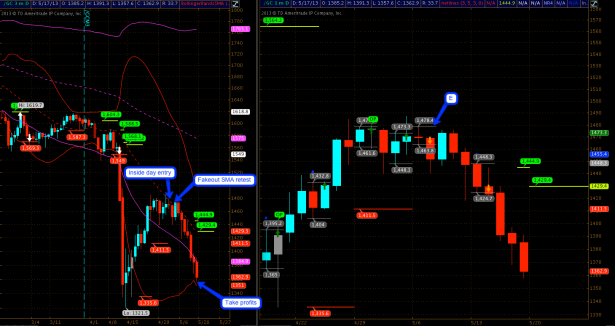 Gold -not sure how many of you steel rats took that inside day a few weeks ago. Judging the lack of noise/comments here lately it couldn’t have been many. Well, if you happen to have held all the way to here then I think it may be time to take at least partial profits. It’s been yet another splendid run courtesy of gold but as usual we shouldn’t overstay our welcome as that 25-day BB may just put up some support.

A few more goodies below before we call it a week: 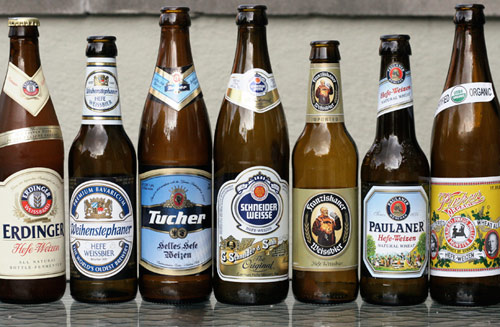 And now it’s time again to crack open a cold bottle of your favorite brew. If you are able to grab any of the goodies shown above then I reckon you’re primed to start the weekend in style. Thanks for passing by and I see you all next week, bright eyed and busy tailed as usual.