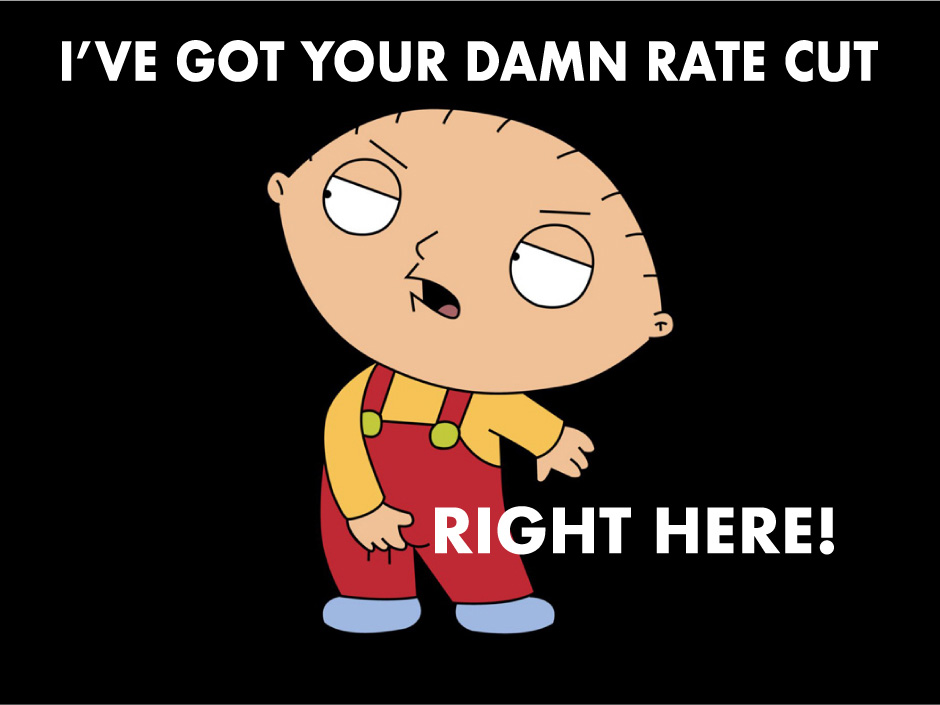 Here I am – stuck in our vacation rental thanks to a nationwide quarantine taking effect this morning – and honestly I could not be happier. Although I have never been a perma-bear the past decade of eternal effervescence had become the bane of my existence. Living in Valencia I increasingly noticed it everywhere around me as unbridled mass tourism is a prime litmus test for an economic bubble that’s just waiting to be pricked. Beyond mere ‘moral hazard’ the grand financial experiment of the 21st century wrought cultural and social implications that ended up destroying families and inter-personal relationships on a mass scale, and in the process pitted various factions of society against each other.

I have had this personal theory for a long time that ‘paradise on earth’ – a haven of pure bliss and endless leisure – could never really exist, for the single reason that human beings collectively at their core are too easily corruptible and thus require recurring doses of existential threats in order to get reacquainted with cold reality and common sense.

The corona virus epidemic, beyond the pain and suffering it has and will continue to inflict on our global population, will undoubtedly be remembered by future historians as a long overdue catalyst that brought down a house of cards humanity had built over the course of the past two decades.

What’s however even more detestable than our feeble attempts to negate gravity is that in the end we had started to believe in our own lies. Twelve years and 2700 S&P handles after the financial crisis of 2008 we actually started to believe that we could keep printing our way out of every minor economic hiccup on the horizon. That the natural ebb and flow of prosperity and the laws of economics had suddenly been suspended via some secret cheat code as if we were all playing a global version of SecondLife

Well that’s all over and done now – effective TODAY. What we are witnessing in the futures markets this morning is nothing short of a collective motion of no-confidence on the Federal Reserve. In case you missed it – overnight a very nervous looking Jerome Powelll announced that the Fed would be dropping its benchmark interest rate to zero and the launch of a new round of quantitative easing entailing $700 billion worth of treasuries plus mortgage-backed securities. 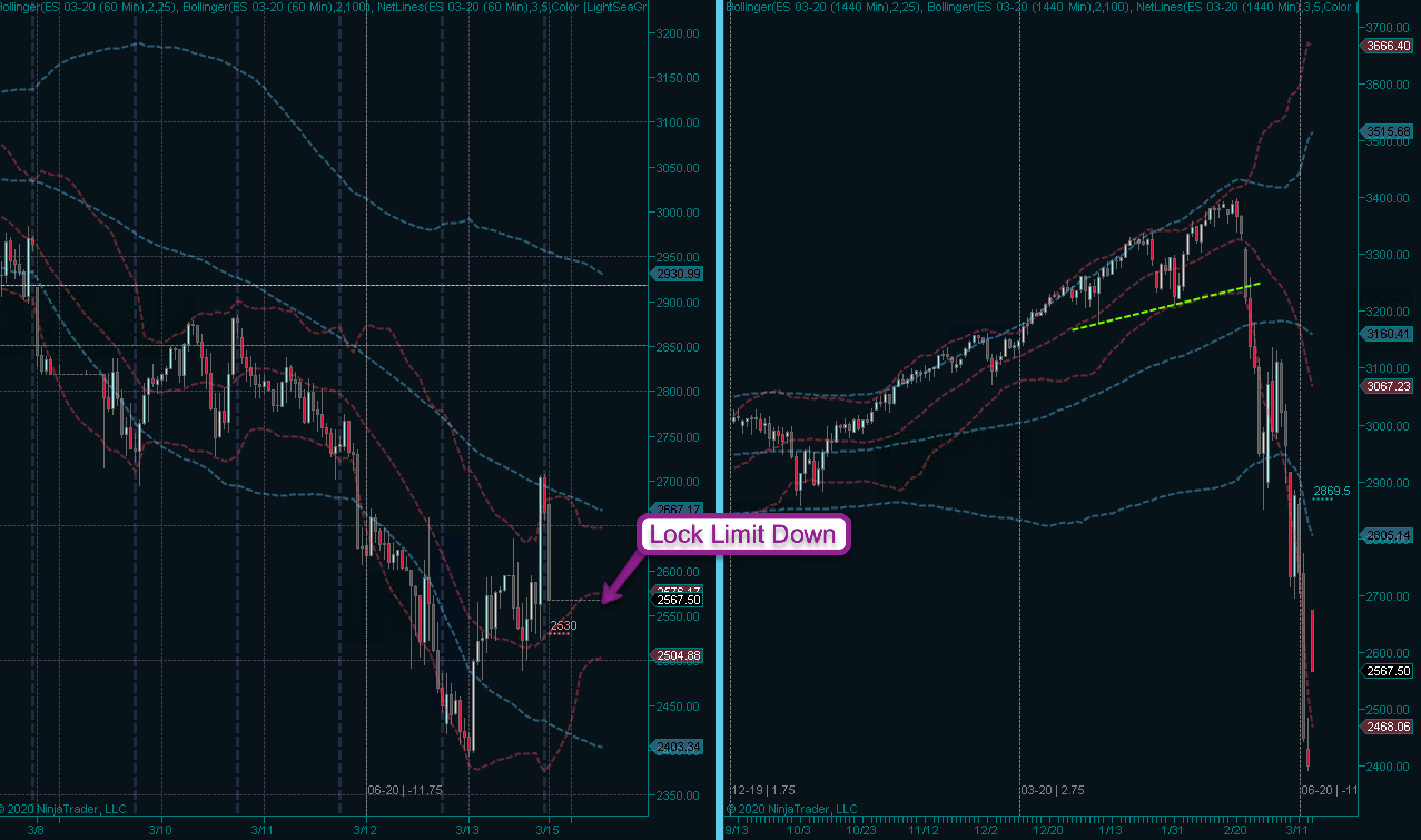 And how did the futures market respond? With the ES futures falling like a rock until triggering a lock limit down at the 5% mark. Or in other words – the jig is finally up for the Federal Reserve as a push into negative rates may result in an even more violent downward response.

Let’s face it: The Fed had over a decade and hundreds of opportunities to do the right thing and force financial markets back into some semblance of normalcy. But it failed to do so, over and over and over again, seduced by its own arrogance, greed, and hubris. The big lesson it is about to learn today is that you simply cannot print your way out of a global virus epidemic.

What this means of course is that March 15 2020 will mark the end of an era. A decade marked by kicking the can down the road just a little further.  Well guess what – we just ran out of road and the steamroller is heading our way.

Now reading this you may think that I’m a doomsday pessimist but nothing could be further from the truth. From a trading perspective this is AWESOME, assuming you actually have what it takes to survive and perhaps even thrive in the wave of volatility that’s heading our way. Much more on that once I’m back in Valencia with access to all my gear.

By the way, just in case you thought the worst may just be behind us. Don’t fool yourself – this bear is just getting started and let me tell ya: It is in a very foul mood as it’s been locked in an ice cold cave without central heating and Netflix for over a decade now. If you’ve bought my Price Action Masterclass then you already know that sudden bouts of volatility always beget more volatility until it dissipates over the course of the respective market cycle. 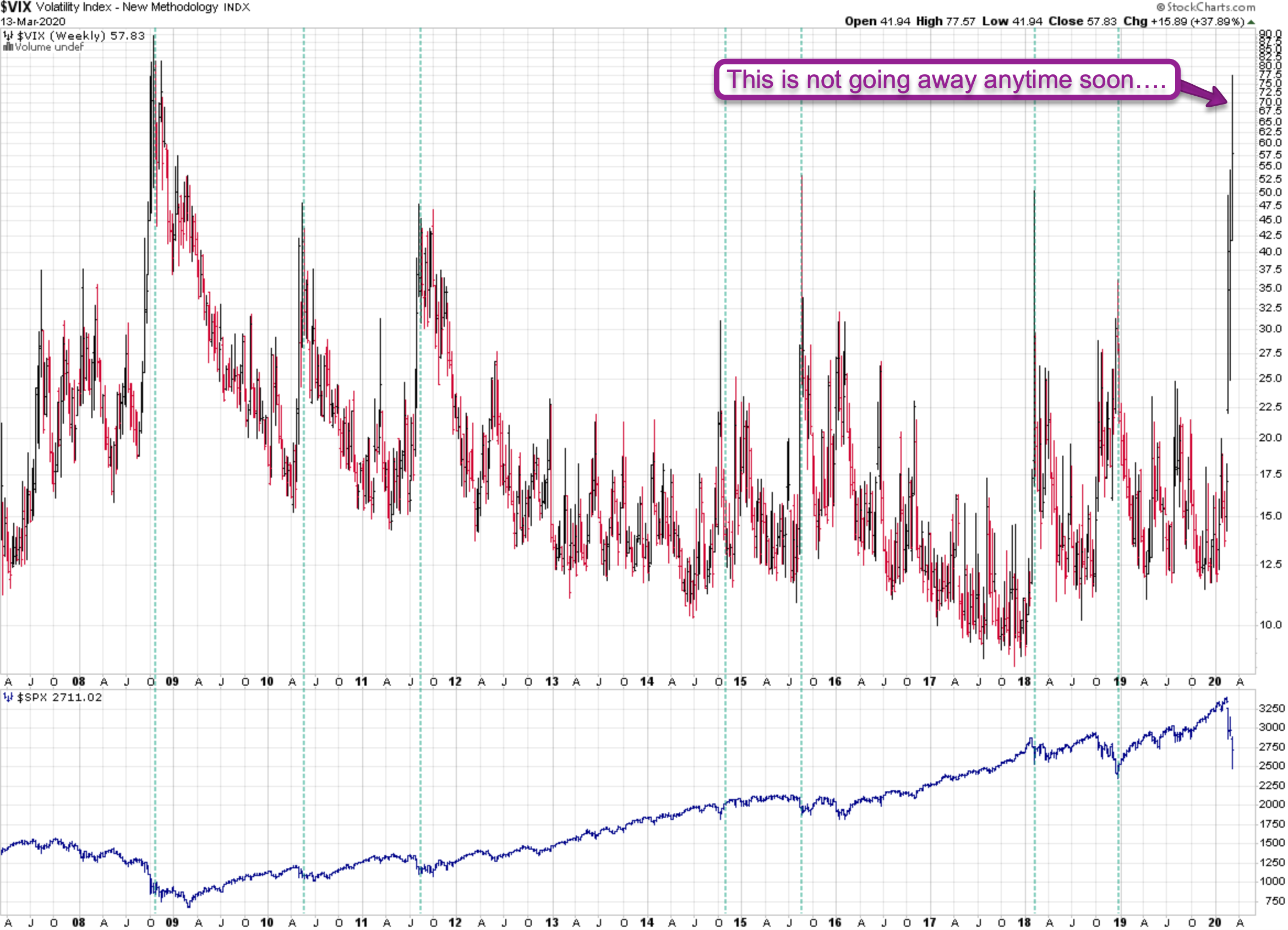 In English this means that a small IV spike produces small reverberations whereas a large one produces shock waves that will be felt weeks, months, and perhaps even years later. The big bad bull market of the teens is over and done for. It got taken out at dawn, offered a smoke and a blindfold, and then was summarily executed by a squad of Covid-19 survivors. Or to use the medical term:

Speaking of which: the death toll the corona virus invariably will demand by the time it’s all said and done is tragic – even more so as it could have been easily avoided. What’s even worse than the ravages of the corona virus is the collective laissez-faire exhibited by every single Western administration. Here’s the approximate progression in public health response since late January of this year:

So let’s look at the sad result of such blatant cognitive dissonance:

Well, in case you care, there’s no reason to worry – the Mole comes prepared. For now I think we are pretty safe over here in Chulilla which is all the way out in the Spanish boonies. We are scheduled to return to Valencia on the 20th and the only friction point would be returning the car and getting back home.

At home we are well stocked with tons of food, disinfectant, rubber gloves, masks, and even fancy ass swimming goggles. My wife and I prepared weeks ago as we could see this thing coming a mile off.

And per Andy Grove: only the paranoid survive 😉

We know Spain and Spanards after all and we knew that they would completely drop the ball on closing the borders and letting this thing fester until it was too late. Just two weeks ago thousands of Italians were still streaming into Valencia and the consequences were pretty much predictable.

So yeah I think we’ll be fine but in the end it’s a game of roulette. One guy does all the wrong things and doesn’t catch it while a guy like me goes out once and gets it. The universe isn’t fair after all. But if I or my wife catch it then we have a kilo of Vitamin C that we can overdose on.

First up I am no doctor, so take the following info as infotainment only: The way we aim to protect ourselves from catching full blown interstitial pneumonia (which causes fibrosis and is irreversible) is to take about 1gr (not mg) per kilo in body weight (that’s about 1gr per 2lbs imperial).

For me that would be at least 84g of Vitamin C per day. Yeah that’s a crap load and of course it’ll give you the shits but that’s par for the course. In China they are apparently injecting about 20gr of Vitamin C in acute patients intravenously and it works. So no harm in stocking up if you still can. Don’t buy any of those silly fizzy pop tablets – they come with sugar which is counter productive. Stick with ascorbic acid.

You can alleviate the diarrhea problem by adding a bit of sodium carbonate which turns it into sodium ascorbate. Also easier on your teeth, especially if you have soft ones like yours truly. But whatever you do – use hand sanitizer as often as you can. Keep at a distance from people and don’t shake hands. Remember – it’s not about you – it’s about your older relatives and friends.

FYI – I’m still pretty stifled in what I can do here in my rural hideout. Once I’m back in Valencia however I’ll be kicking ass and taking numbers. I don’t have much of a choice as I’ll be locked in our apartment for two weeks minimum due to the nationwide quarantine that was announced over the weekend.

Here’s your take away: This bear market will be a YUGE trading opportunity for all of us and Tony and I are already preparing a very exciting RPQ initiative that will be announced in early April. YES it will involve options because they are the prime vehicles for navigating highly volatile markets. So if you haven’t already – get set up for options trading and buy the Options 101 course. I’m currently working on Options 201 which will cover option spreads – of course it will be glorious.

In the interim we will do our very best to keep you guys out of (financial) harms way and ahead of the tape. Which of course means business as usual here at Evil Speculator