We should see one more push to the upside before this week concludes. After that I am expecting some downside (Minor B) leading into next week followed by a final leg (Minor C) which will lift us to new heights for several weeks. 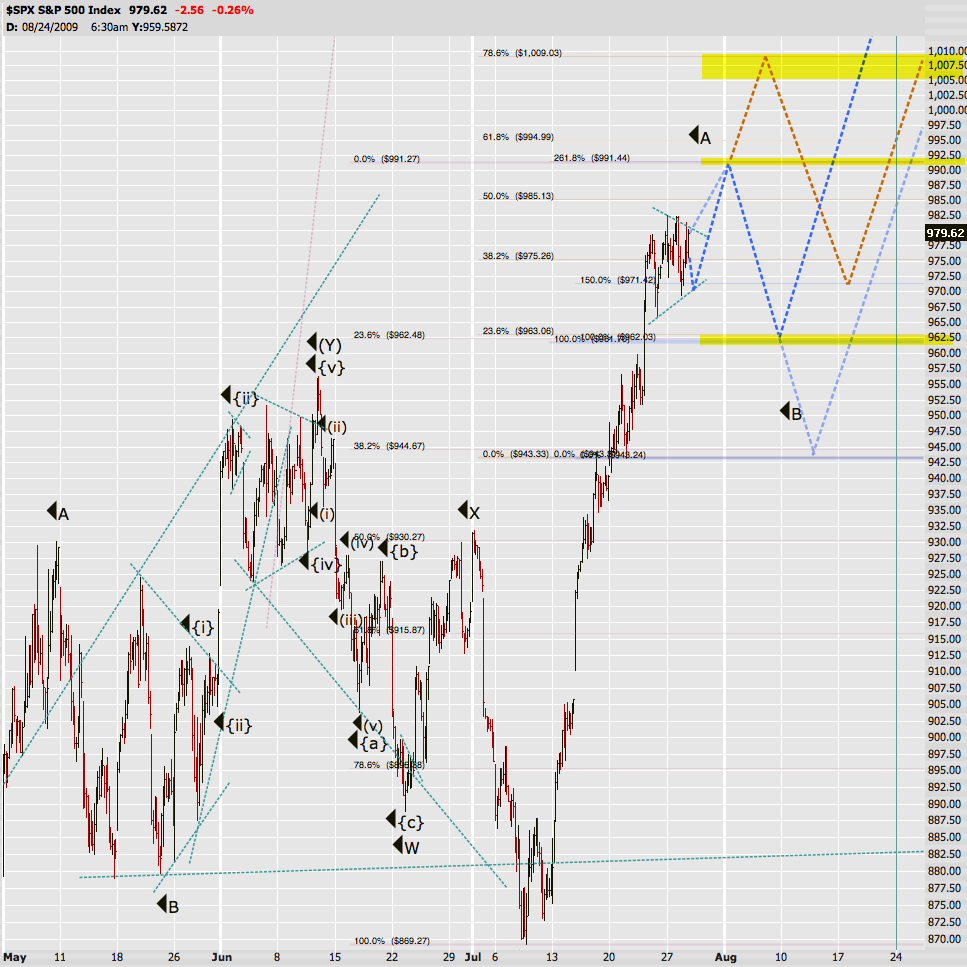 The orange scenario assumes that we’ll see more significant upside – blue means that we’ll get a shortened fifth. Triangles like the one we are painting right now often form as fourth waves and indicate that a final last fifth wave can be expected. Sometimes, after a very rapid rise (not unlike the one we have seen) fifth waves can be very brief, so it’s not clear yet how much upside is ahead.

Under normal circumstances I would suggest that we watch our favorite momentum/trend indicators, but they have been shot to hell for two weeks now, so never mind that. The negative breadth readings on the SPX today seem to indicate that this leg of the rally is rapidly running out of steam – nevertheless a blow off top (i.e. a fifth wave) is expected, which is where institutional traders will head for the exits and retail traders will be left to hold the bag.