The Fuse Has Been Lit 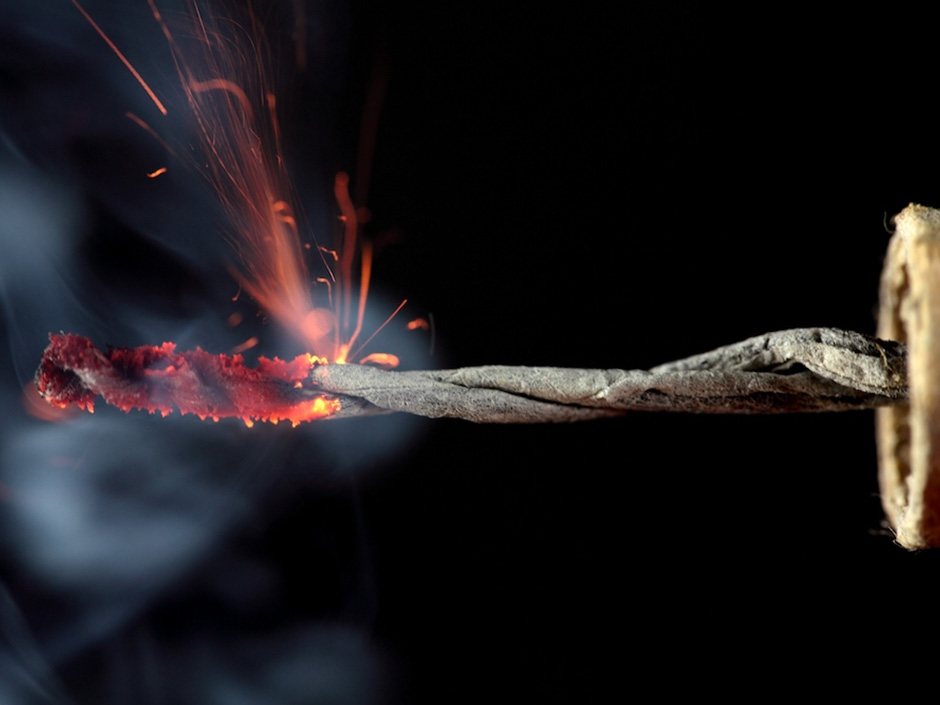 As we are slowly approaching the end game of the grandest monetary experiment of the 21st century I sometimes ponder what the Fed could do to turn things around. Throw in the towel and continue with another round of QE? Yes that may work, for a while at least if done on a massive scale. Remember that central banks worldwide are increasingly pushing on a string as every round of monetary easing requires exponentially larger amounts to have an impact.

However given that the midterm elections are only a few months away simply kicking the can down the road a bit further would appear to be the path of least (political) resistance. It surely would help the EUR/USD from its invariable fate of breaching below par to the Dollar. So on the surface everyone wins, so why not do just that?

Well for one it would also accelerate the demise of the petro-Dollar, which – unbeknownst to most – is already in deep peril due to the laws of unintended consequence. The power of the international Dollar hegemony is tantamount to being the ring bearer in the Lord Of Rings trilogy. In the long run using the ring’s powers dooms you but it’s simply too tempting to resist.

So what’s the alternative? Keep tightening and force the world – and Europe in particular – into a generational deflationary depression? That appears to be the Fed’s M.O. at the current time, for reasons that in my humble opinion exceed mere domestic considerations. To once again borrow from a popular TV series: “When you play the game of thrones, you win or you die. There is no middle ground.” 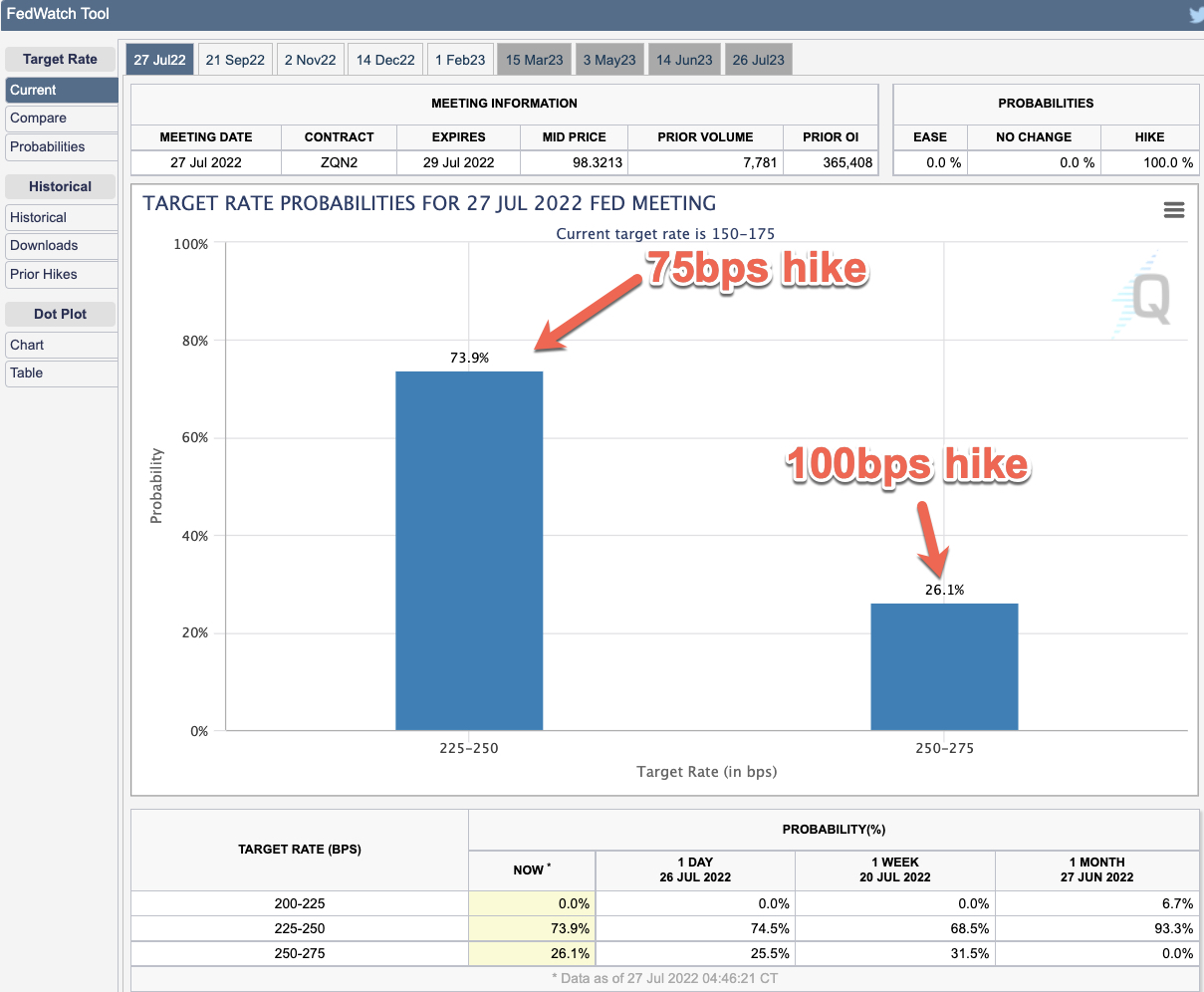 Judging by the CME’s Fed Watch tool I don’t seem to stand alone in expecting a further rate hike later today. The odds currently point toward another 75bps rate hike with a full 1% rate hike potentially in the cards. 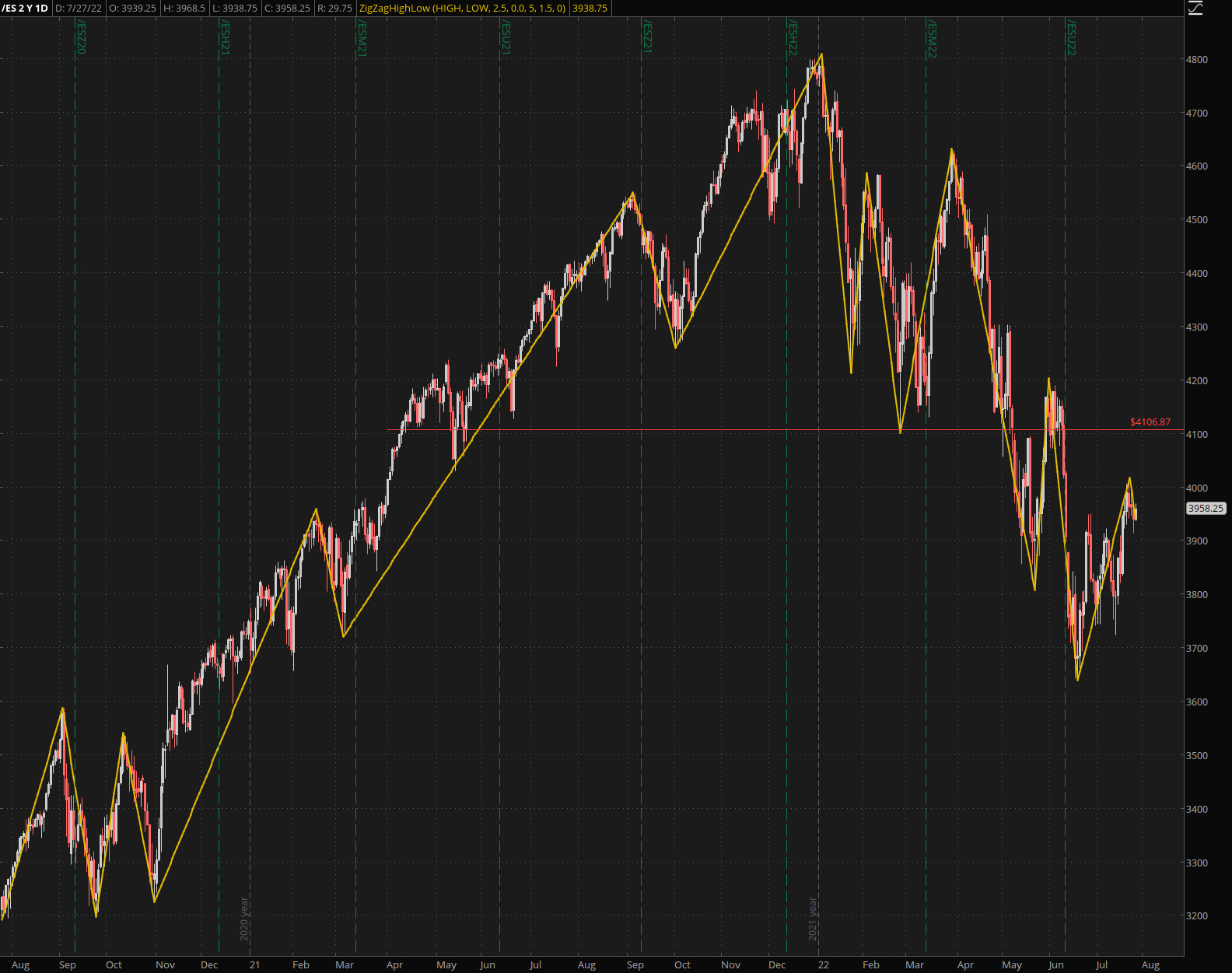 Looking at equities it’s clear that the post-COVID rush to new riches has finally met its ignominious demise. It’s now time to pay the piper and pay the piper we shall.

The zig-zag on the SPX chart above shows us the profound in change sentiment that is slowly taking hold. Whereas a never-ending advance appeared to be baked in the cake late last year the question now revolves around how low and how long we’ll fall before excess valuation across the entire equities market has finally been burned off. 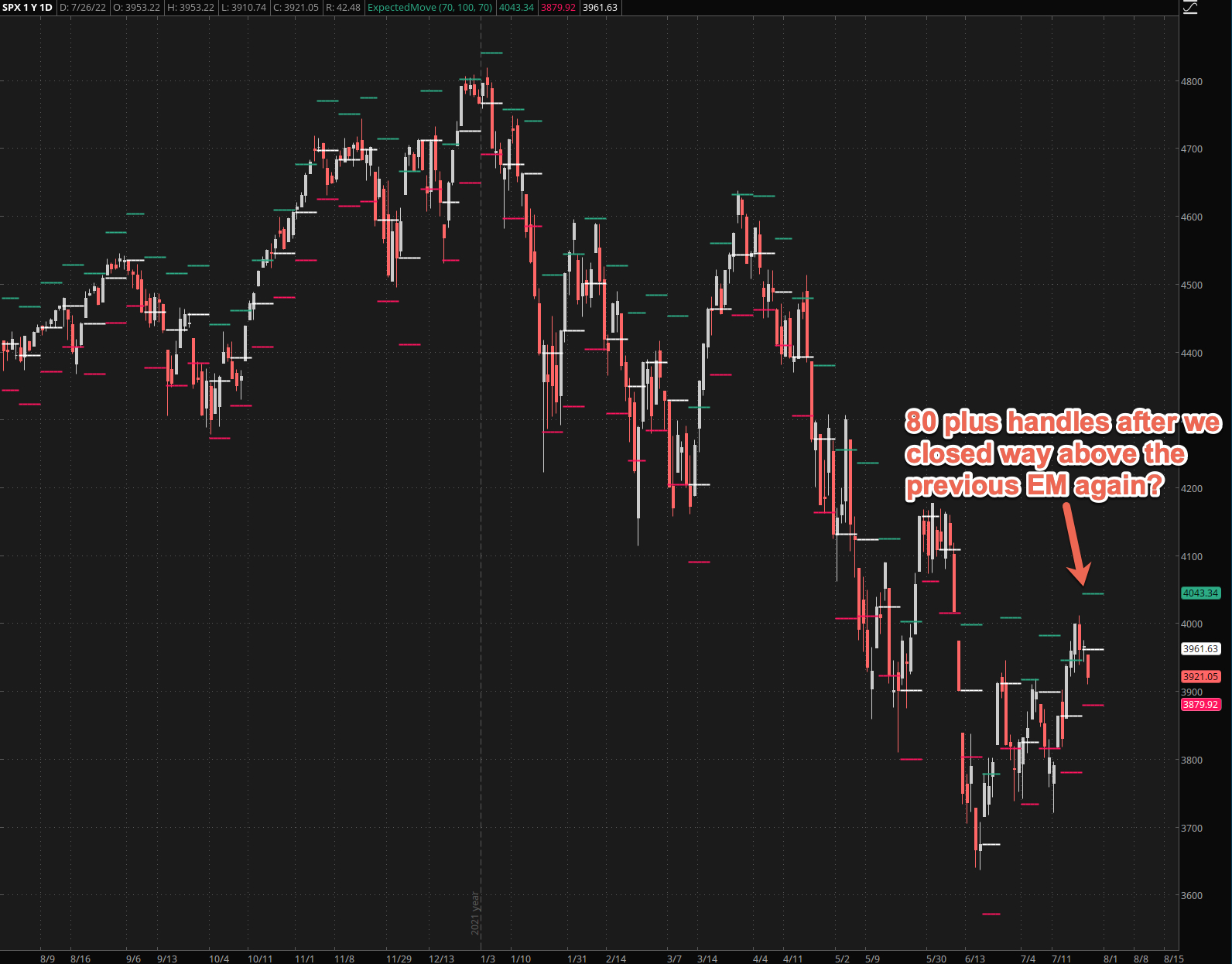 Judging by the continuous failure to properly handicap risk in the options market hope appears to be the last to die. An EM range of only 80 plus handles for this week is simply ridiculous given that the SPX has breached either the upper or lower range the majority of time over the course of the past three months. 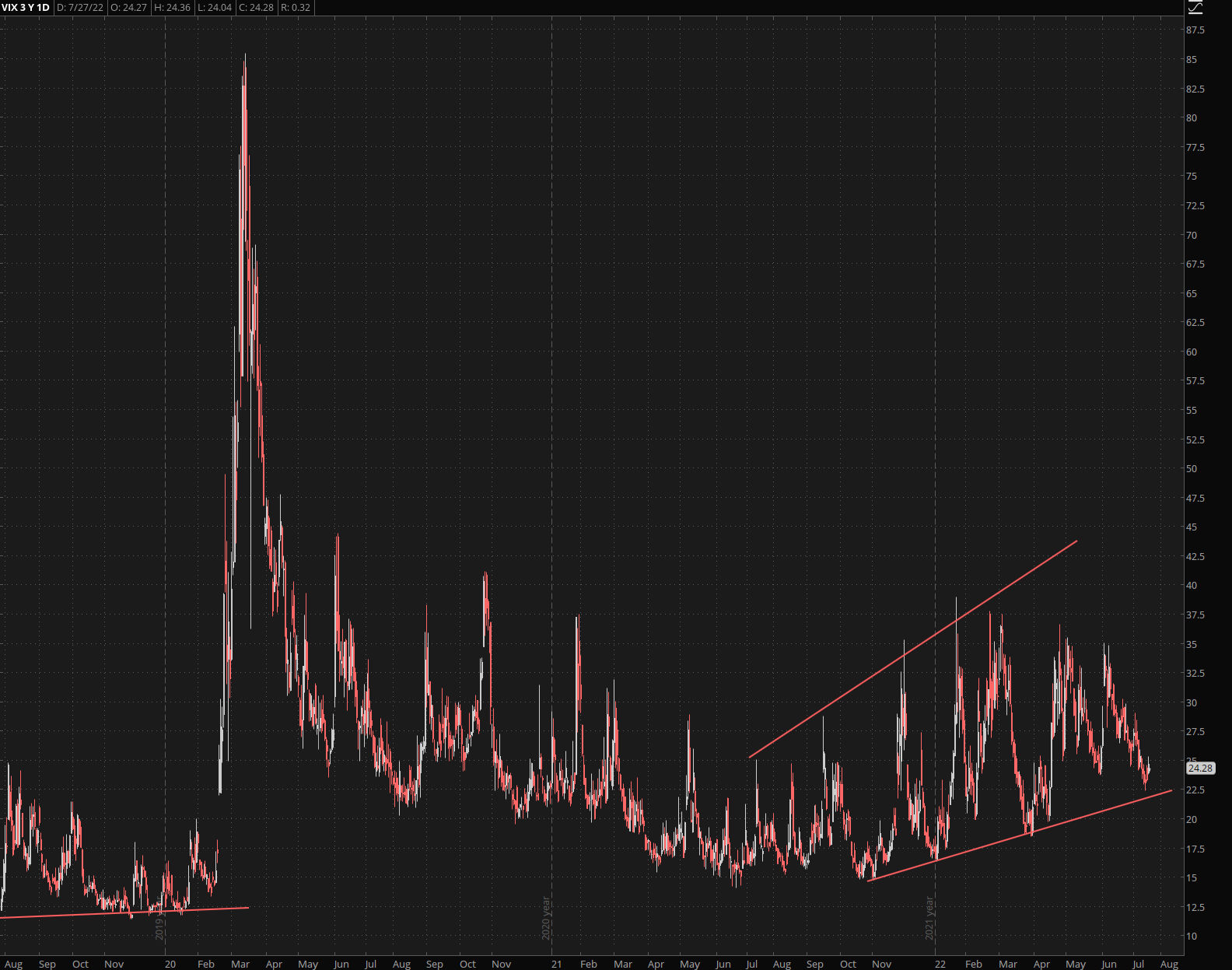 The VIX has once again descended to its LT baseline that has held up now since the end of last year. Let me go on a limb here and state for the record that a drop through the 20 mark is highly improbable for the foreseeable future. Never impossible of course but exactly what economic or monetary miracle would be required for this to transpire? 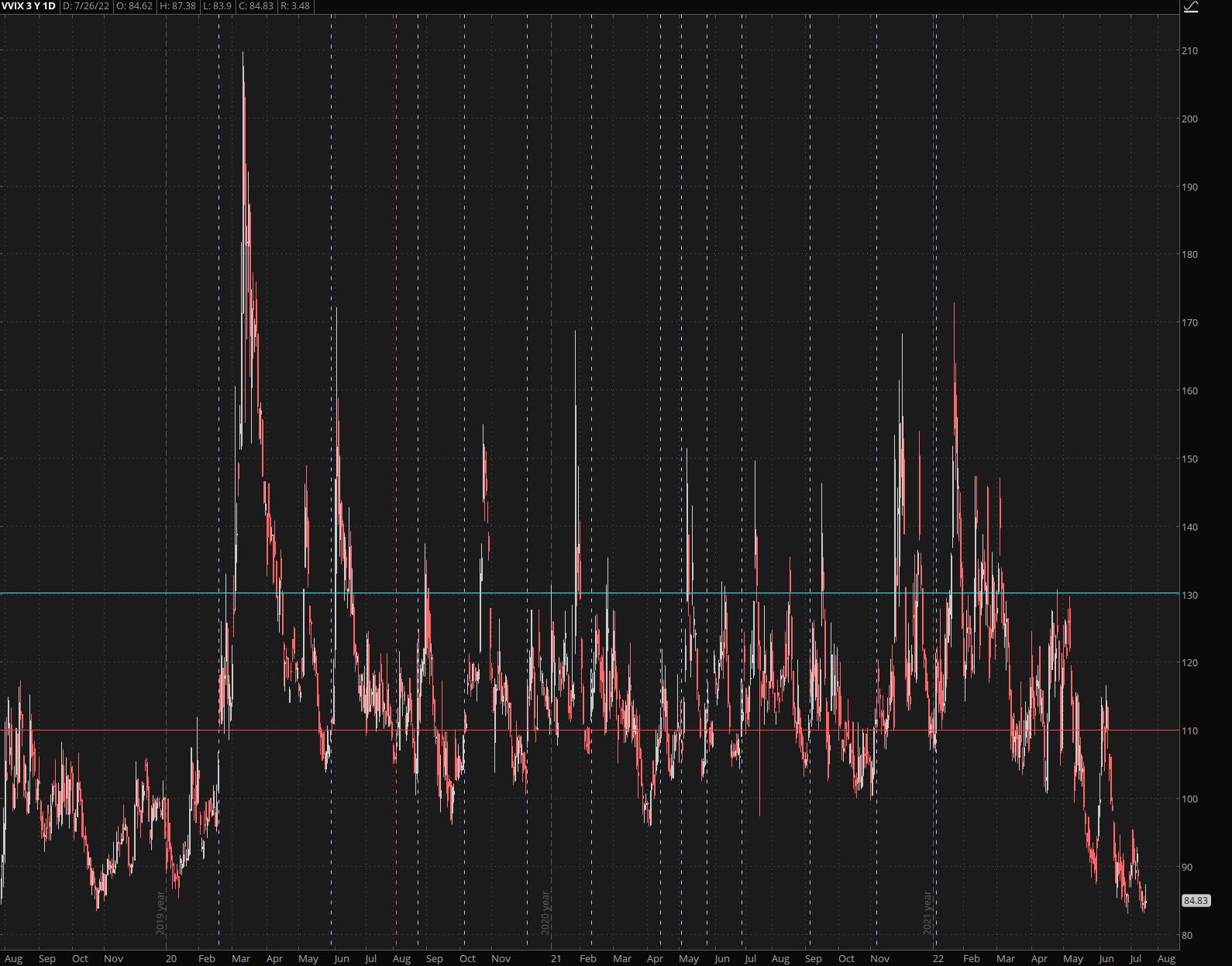 Even more ridiculous are the record low readings I keeps seeing in the VVIX – this is simply begging for an explosion higher. Lambs to the slaughter comes to mind… 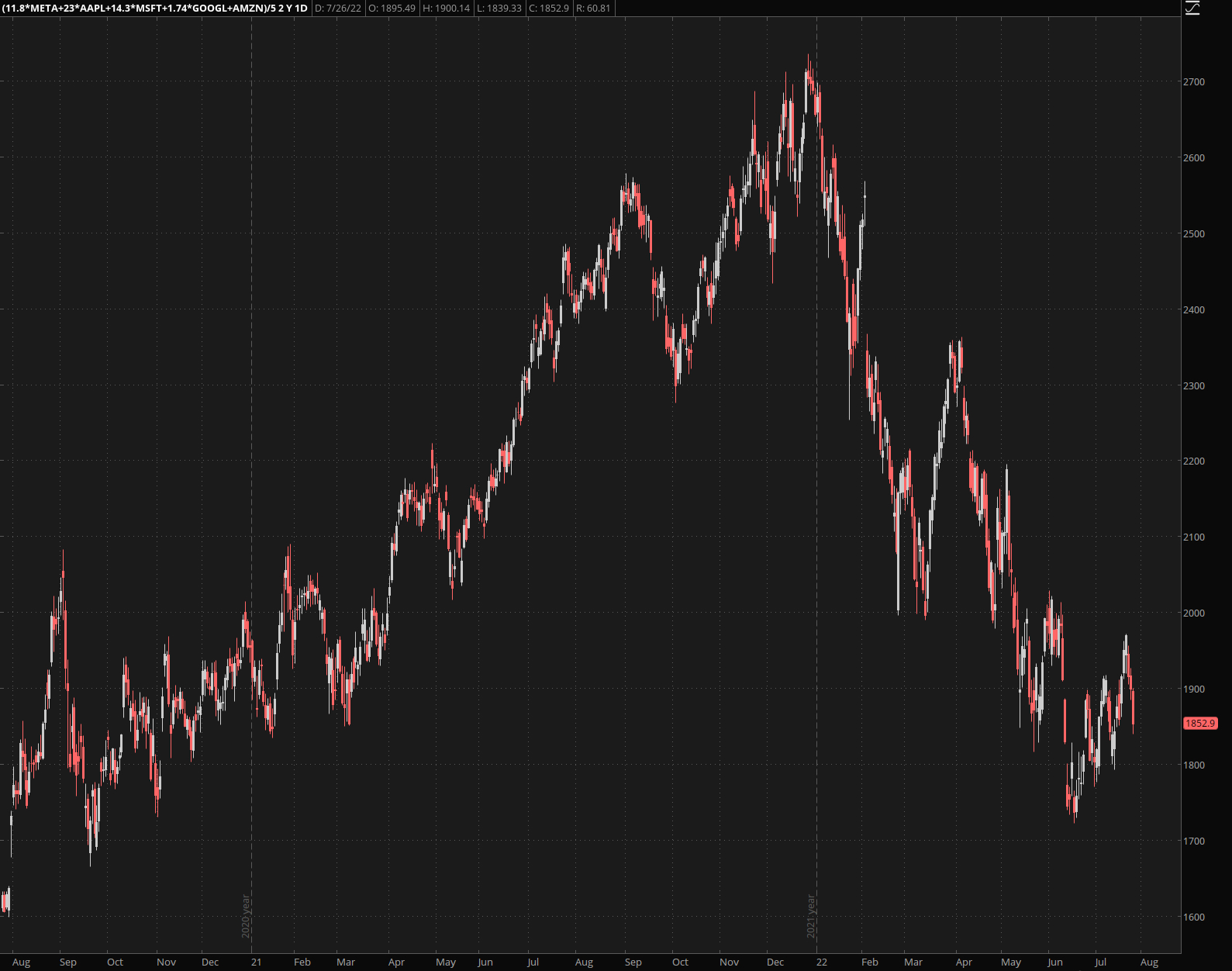 Especially given the sad decline we’re seeing across most of big tech with the exception of Apple perhaps. 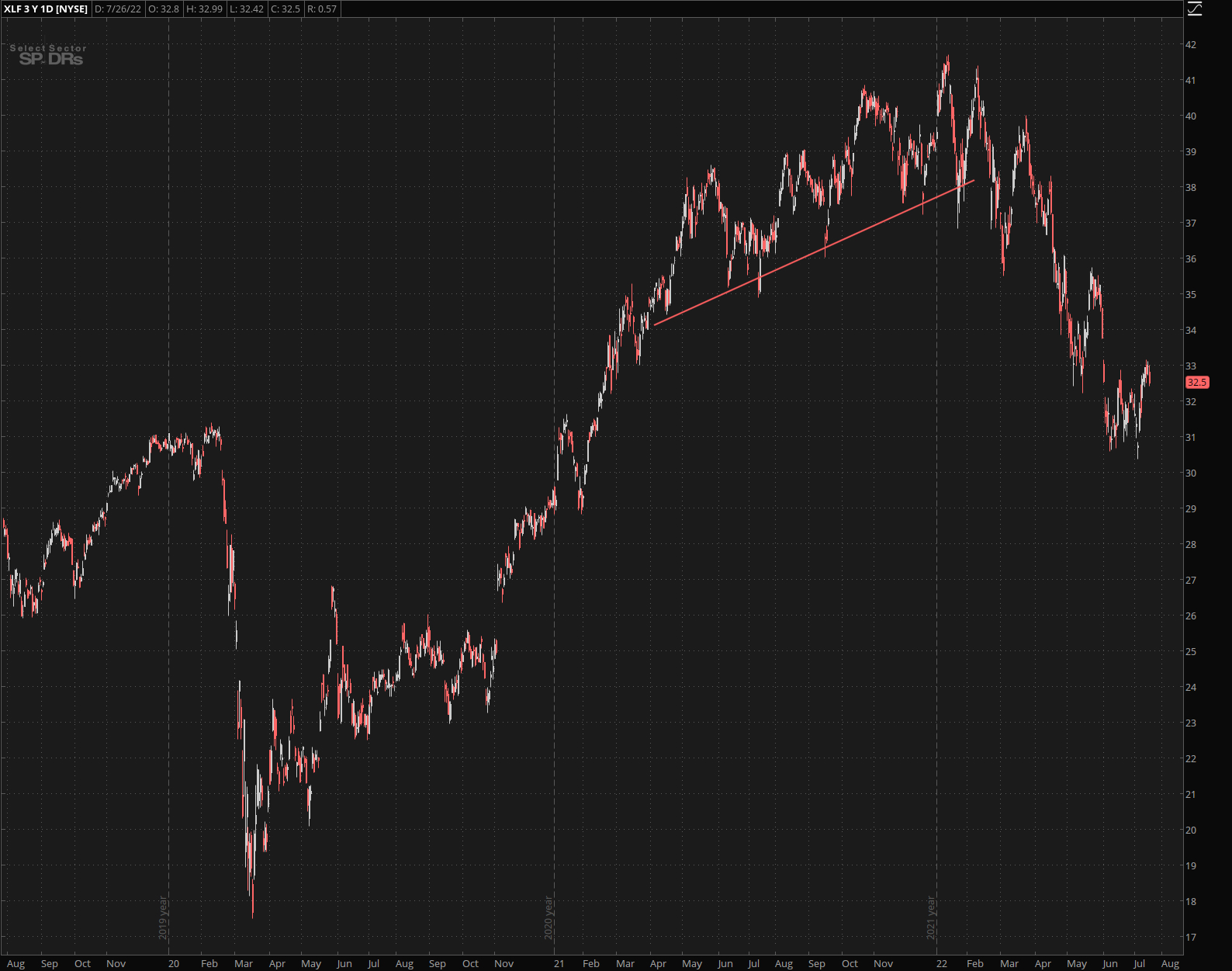 So where can we possibly hide from what appears to be an economic disaster in the making? No worries, I’ve got your back….