The Good News And The Bad News

I’ve been watching this session with mild interest whilst attempting to not fall asleep. I’ll make this really easy for you guys as the inflection points I presented over the weekend continue to stand: 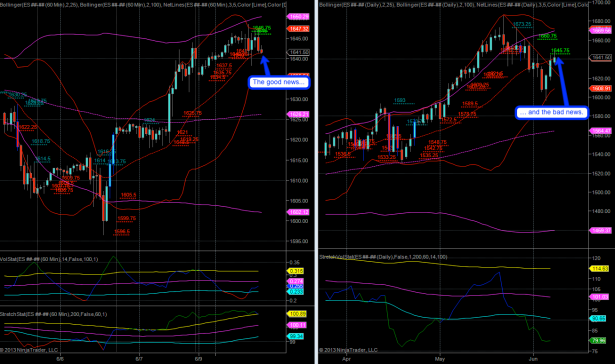 The good news is that the 25-hour SMA has been holding up fine – at least thus far and the day ain’t over yet. The bad news is that the bulls have not been able to breach the NLBL at 1645.75 and that wall has to be breached to put me back into bullish mode. Until that happens I’m neutral – for me to take on short positions the 25-hour SMA will have to be taken out – in order to be bullish that daily NLBL will have to be breached. 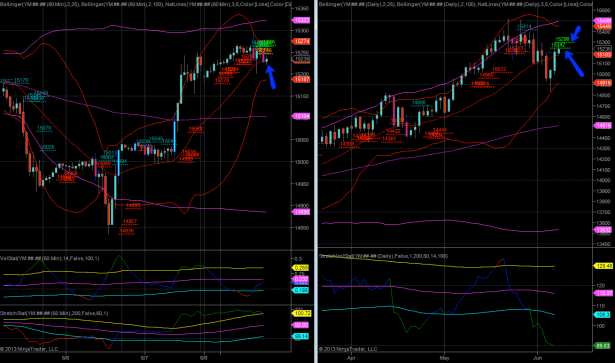 Similar picture over on the YM except here we’re facing two NLBLs and that’ll be even tougher to breach.

I’m not sure if that made it any easier for you guys to suffer through this session but it is what it is. 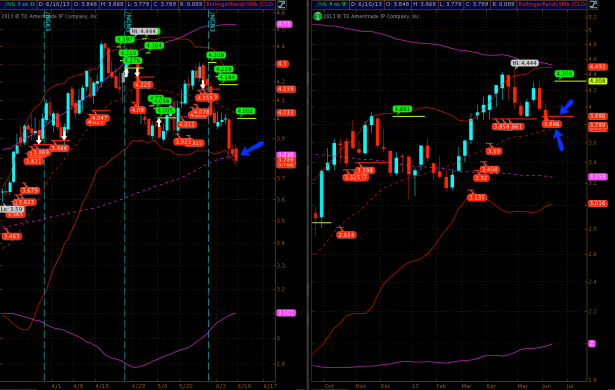 Keep your eyes on natgas – it’s dropping through its 100-day SMA and is also below its weekly NLSL at 3.886. There’s a 25-week SMA at 3.775 (hard to see on the chart) and if that one gives we have three reasons to be short. Admittedly that weekly SMA has not been strongly observed, so perhaps we should stick with the 100-day SMA and the weekly NLSL.