The Last Bear Standing Is A Bull

The annoying thing about late stage bull markets and in particular the formation of long term tops is that they take forever to play out. Navigating increasingly volatile swings accompanying the final throws of a dying bull cycle takes considerable amounts of patience, discipline, as well as skill. Like Bob The Horse reminded us the other day: Bear markets go out in a bang and bull markets go out in a whimper.

Now the dirty little secret about early stage bear markets is that the last bear standing is usually a bull. Yes, you read that right. Traditionally it’s not weak handed bears who take down a bull market, it’s simply a lack of buyers. Guess what – all those snarling bears who were printing some mighty coin in 2008 are long gone, wiped out during their persistent attempts to call a top when there was nothing but green candles ahead. I myself have seen their (virtual) faces disappear right here – one by one they simply vanished. The few who survived the ravages of one of the most significant bull markets in history relented and changed their approach just in time before their accounts had melted away like late winter snow in the glows of a spring sun.

Arguably this has been one of the most hated stock market advances in history, rife with controversy, bail outs, and market manipulations. But let me assure you that in retrospect – many years from now – you all will miss it. Because it was just too sweet and too easy while it lasted. Your children and grandchildren will look at those monthly charts and ask you how in the world you managed to fail banking a fortune in five years of such bull market extravaganza.

And I’m not talking about fairness – you all know how I feel about QE and Fed/ECB interventions. But from a trading perspective – boy – it was pure manna from heaven and it won’t ever come back – not in our lifetime at least. What awaits ahead won’t be as directional and it won’t be as easy. If you thought trading was difficult in the past five years then you ain’t seen nothing yet. 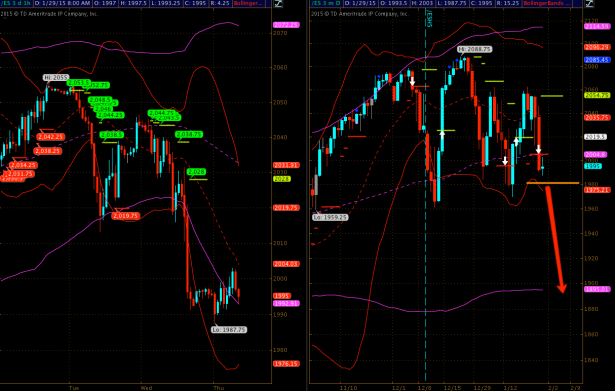 Now as you may recall I managed to squeeze in an ES short at 2040 yesterday morning and I consider myself extremely lucky as it went straight down from there. Now we’re basically hanging by a thread here and I’m not going to claim that we won’t see yet another FU rip higher, killing a boat load of shorts in the process. But that’s part of our existence as traders – not knowing. You don’t have a crystal ball and you basically just have to pick your battles as they present themselves. The war never ends and the goal is to simply keep winning more than you are losing. Choosing to be a trader is a bit like being born into European royalty in the medieval ages – there’s always a war on and participation is mandatory. And if you win enough you get to pillage 😉

Anyway, if you take out shorts here then put your stop above ES 2040. Yes, it’s a huge range but that doesn’t matter – if this thing really breaks you’ll need that range anyway not to get shaken out. And if it bounces here and breaches 2040 then the bears are dead in the water (again) and we are painting new highs. Alea iacta est. 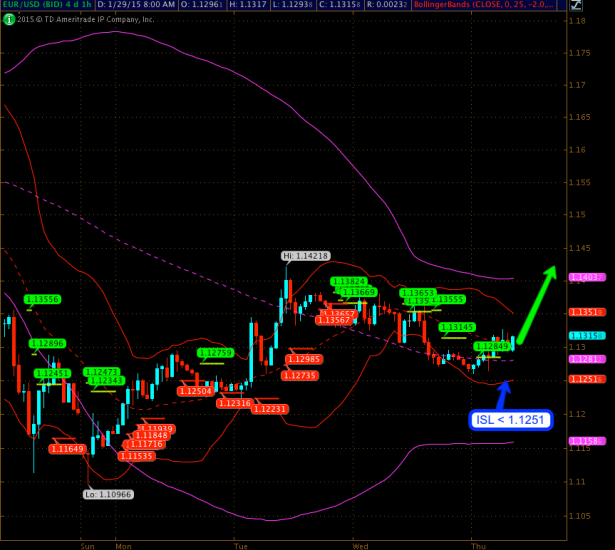 EURUSD – I’m long here and I hate it. Stop below 1.1251, very much hope it’ll get touched but as you know I’m a lowly expat who earns in Dollars. 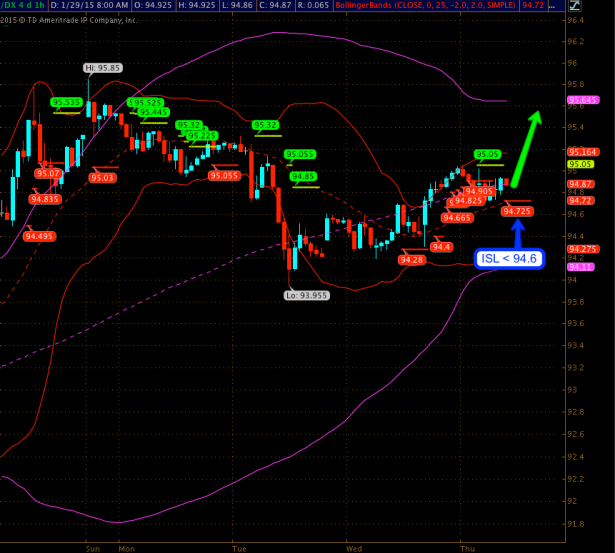 The Dollar index however is looking pretty solid here and I’m long with a  stop below 94.6.