It’s been one big bullish love fest but this thing is officially getting out of hand now. Remember, when your shoe shine boy is giving you stock tips it’s time to get out of the market. 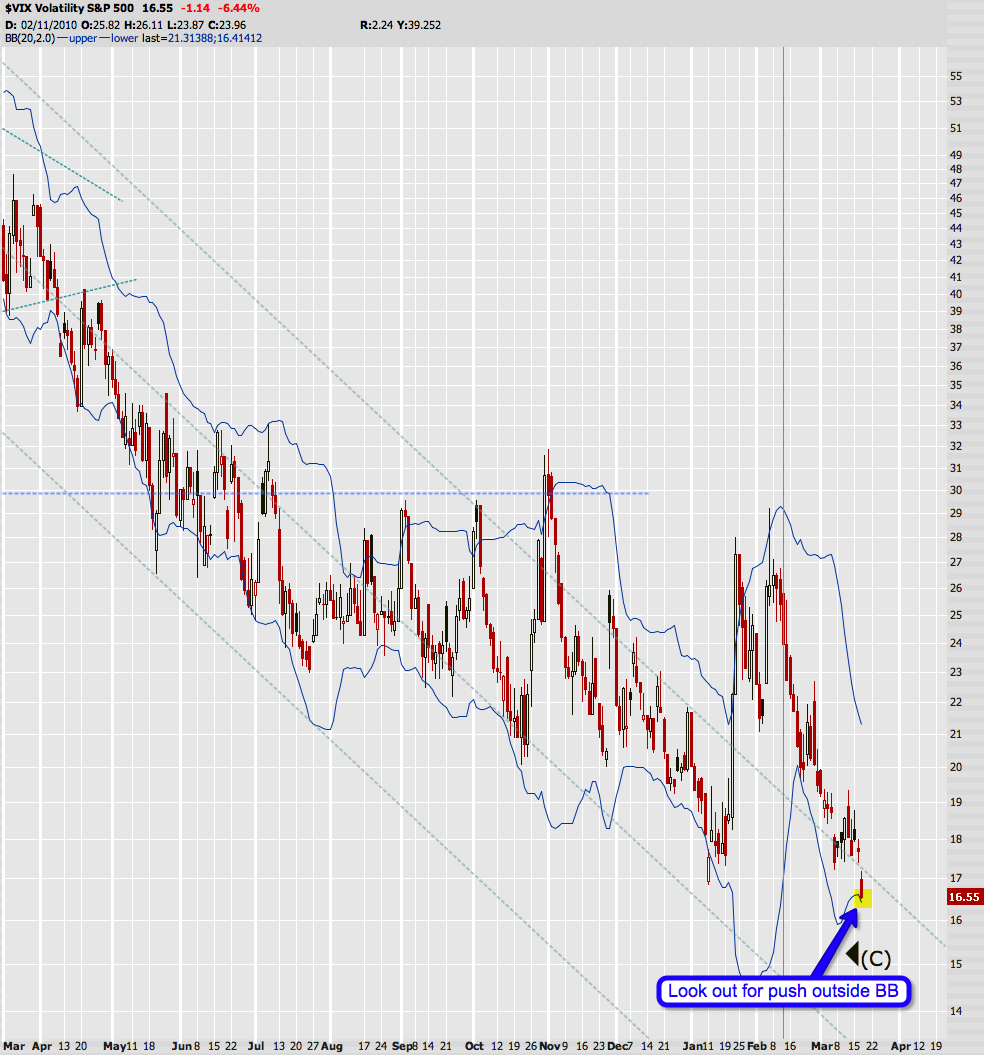 The bulls enjoyed a huge run as I warned about over a month ago when Mr. VIX started to slowly shuffle down its lower BB line. I can’t find that post anymore but I referred to it a week or two later here. Now the 2.0 BB on Mr. VIX is starting to compress and that will most likely result in a push to the outside in the next few days. Which would be a first step towards an equities sell signal – emphasis on first step as the tape can keep melting up higher with utter disregard to silly indicators or clueless opinions.

If you’ve been long for the past few weeks – congrats to you. But it’s now time to take profits and let the last sucker turn out the lights.

UPDATE: Since the mentally challenged among you can’t read a chart I am forced to be verbose by pointing out that the VIX has not pushed outside its BB just yet. Which is why it says ‘look out for push outside BB’ on the bloody chart. Now you wankers better stop bitching at me otherwise I might just take you out of your misery by offering your rectum the X-large Mole boot. 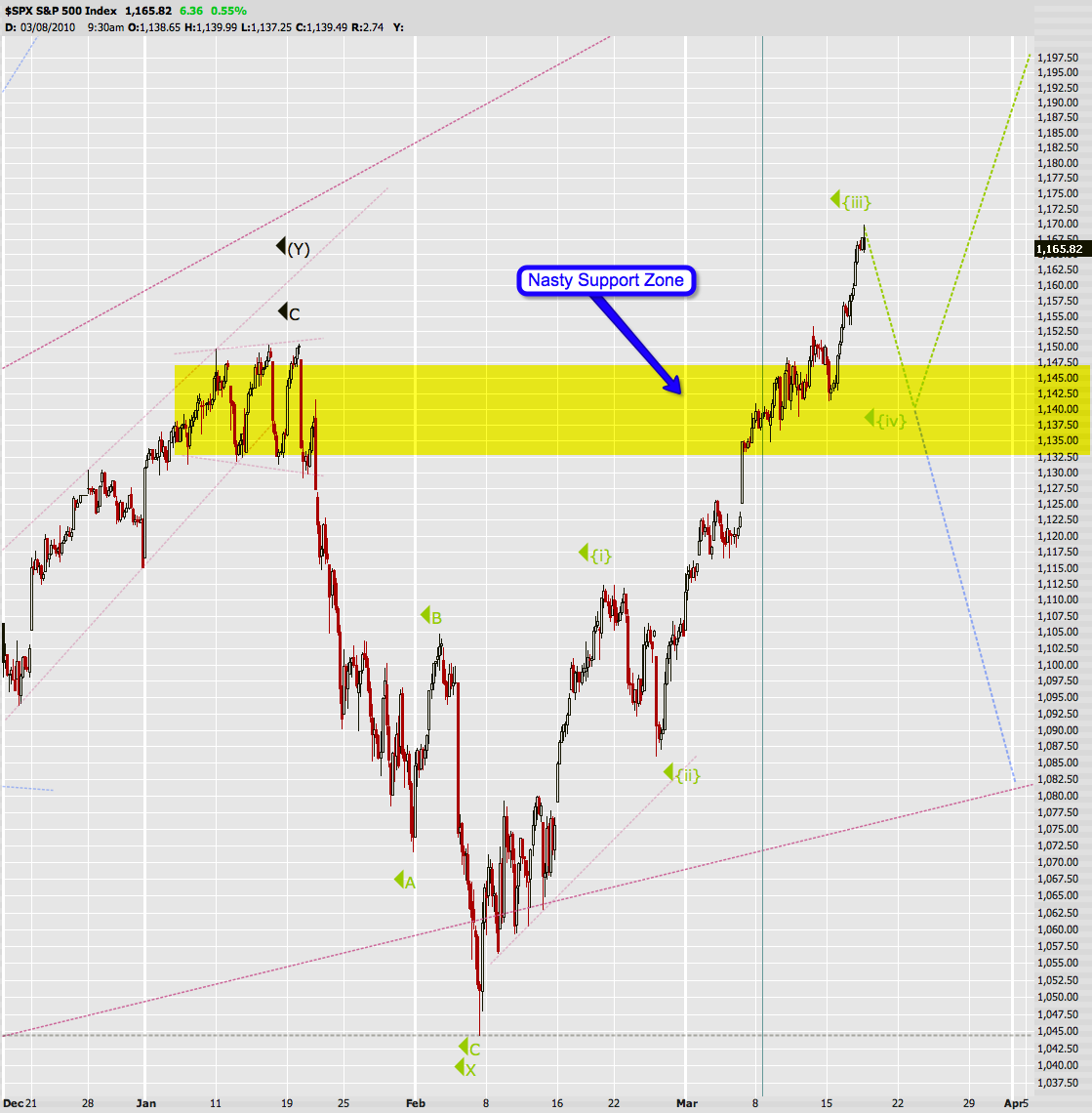 While I’m in a bitchy mood I might as well share my mental wave masturbations. As you can see we are looking at a textbook inverse H&S which might just getting warmed up to eat bears for breakfast. The current third wave up may extend a bit higher but there will be a correction as indicated in my VIX musings above.

More long term: The bearish scenario is in the bullpen as of now – look at that cluster of support – the bears have no balls and most likely will fail pushing through it. Maybe yet another dip buying opportunity – if we breach I might entertain more bearishness – but as of now the trend is the trend and all we are looking at is a mild correction.