The Mole Smells A Rat

So this morning I looked at the spoos which were looking prepped for the noose – then I looked at the VIX which has been pushing higher all through yesterday’s low volume session. My conclusion was that something wasn’t adding up here and I think the ramp up that followed proved my point. 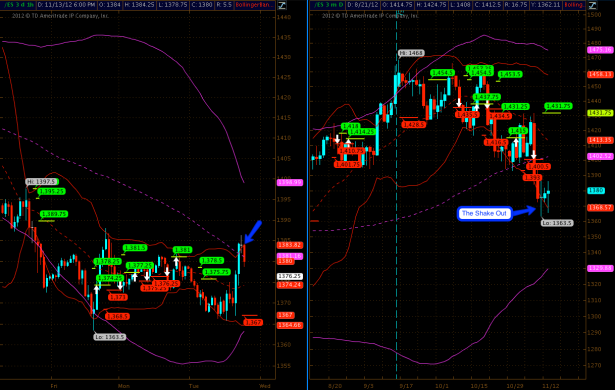 Since then we’ve been dropping again and as I’m typing this the E-Mini is back below its 100-hour SMA. However, the 25-hour SMA has been broken and that’s one step forward for the bears. If you look at the daily panel then it’s clear that a valiant attempt at painting a floor here is in progress. Of course before we pick a direction we’ll have to put up with the obligatory shake out of weak hands on both sides of the trading spectrum. Remember – the bus always moves fastest once everyone got off.

As I’m not completely useless here are a few hooks to hang your hats on: First the 100-hour SMA of course – it has not been touched for quite a while and it’s not surprising that the first attempt is meeting some profit taking. The fat lady has not sung here yet. 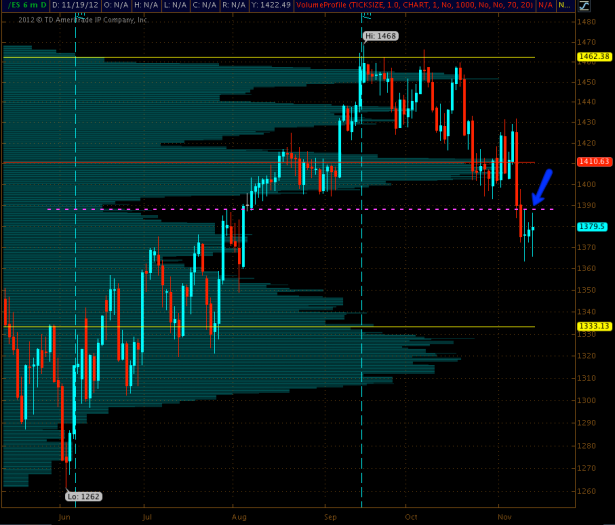 Also let’s not forget that we are back at the ole’ volume hole right now. And unless 1388 is being taken out the bulls are not going anywhere. Until 1388 a short position is permissible – after a breach above that mark the bulls are back behind the steering wheel. Yes, it’s that simple – at least for now. In case you wonder – I’m don’t see many reasons to be short unless we drop back below 1374 – basically the 25-hour SMA. 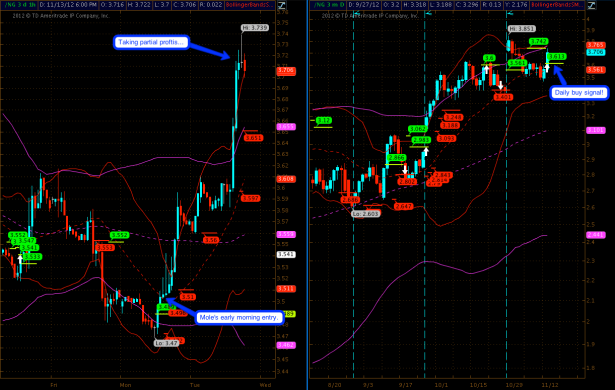 Now this is why it pays to show up for work on Veteran’s Day! You guys may recall that ST long entry I took on natgas yesterday. Well, it’s been fueling a veritable rocket ever since. I’m taking partial profits now but given that we busted a daily NLBL today I’ll keep a few lottery tickets in the running.

By the way, if you want to catch some of that early morning goodness then make sure you sign up for my Google+ alerts. I also post them on twitter but am in the process of shifting a lot of my efforts in building a G+ community. So join the Evil Speculator circle and get in front of the tape before it all happens.

A few more perspectives below for my intrepid subs:
[amprotect=nonmember]
More charts and non-biased commentary below for anyone donning a secret decoder ring. If you are interested in becoming a Gold member then don’t waste time and sign up here. And if you are a Zero or Geronimo subscriber it includes access to all Gold posts, so you actually get double the bang for your buck.
[/amprotect]
[amprotect=1,13,9,12,5] 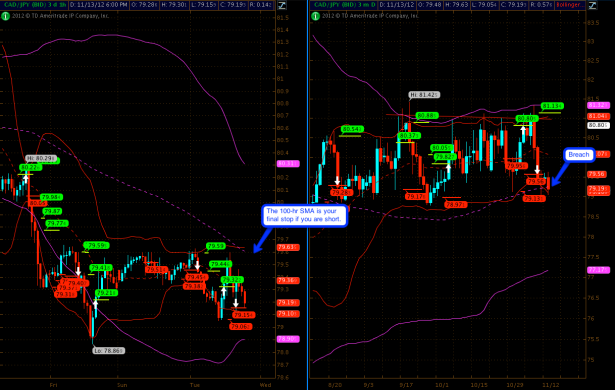 The CAD/JPY is sitting below its Maginot Line and I’m short with a stop above. My last line of defense (before flipping it for a long) would be the 100-hour SMA. I think you all know the way to play this by now. 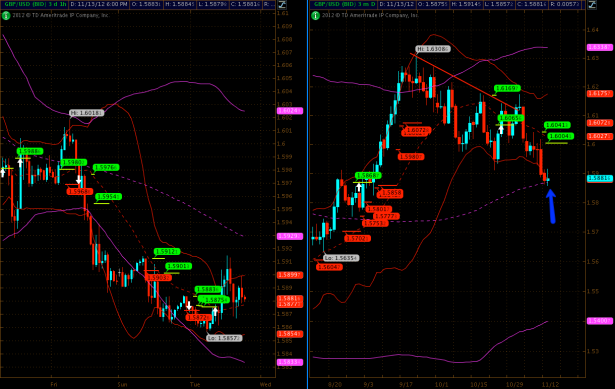 GBP/USD – someone with a bad data feed asked me about cable today – well, on my end it’s still holding the Maginot Line. May actually turn into a good long if it pushed above the 100-hour. So keep an eye on that! 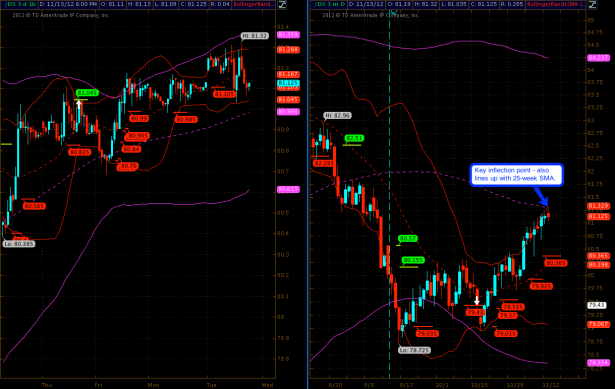 The Dollar now definitely heading toward its inflection point near 81.5. As much as I hate it to say it – I think it’s going to run into a wall there. Bear in mind that this also lines up with the 25-week SMA. AND there’s a 100-month SMA with a diagonal resistance line just a few pips above. There will be blood!

IF it breaches – boy, that would be something. If you recall my last weekend update – this is a multi-year resistance line which, if cleared, would be a bit of a game changer. And as I said there – probably not on Bernanke’s watch!

So I’m going to hold my nose and short this thing as we get closer. 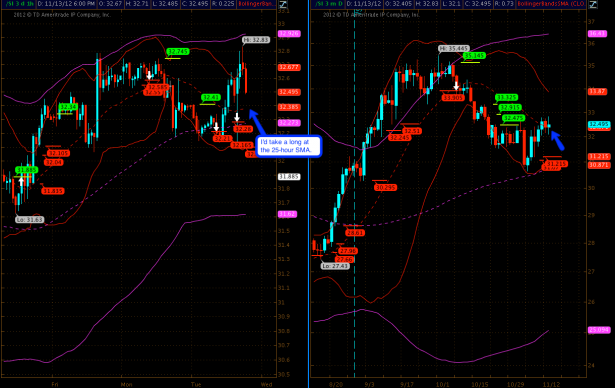 Silver – at the 25-day SMA. I would take a long if it drops to the 25-hour SMA. If it falls below it then I am going to flip this sucker – but frankly I think the odds are with the goldbugs here.