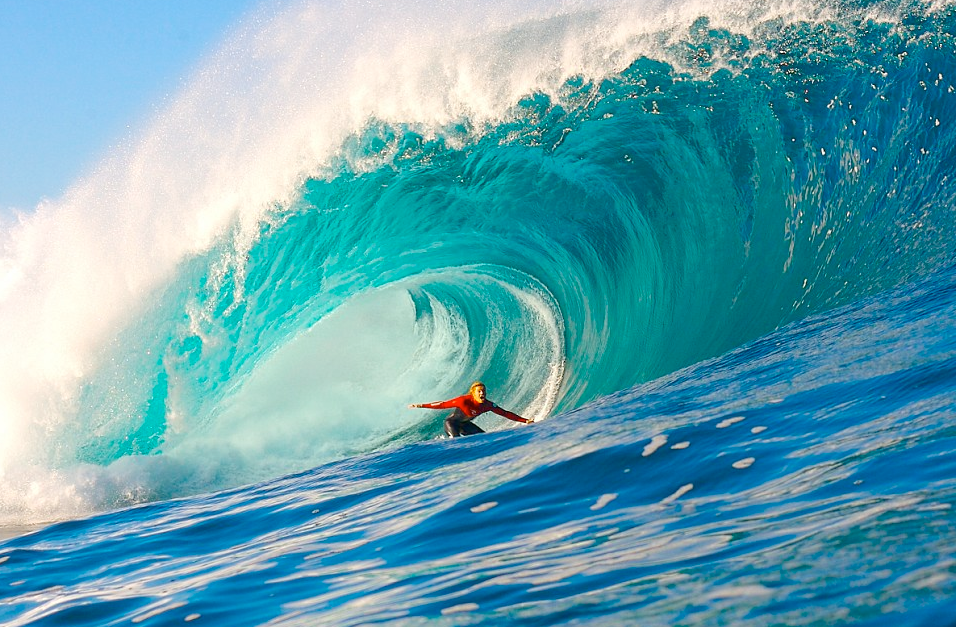 I swear, I can’t leave for more than a day without the market throwing a tantrum. What quickly has become known as the Fed’s ‘One-Two Punch‘ symbols across the board were thrown into a spastic gyrations last Friday courtesy of contradictory statements issued by various FOMC members. Frankly I’m not sure what all the excitement was about. It’s not that we haven’t been there before as Mrs. Yellen and Co. appear to be adjusting monetary strategy on the fly each month based on arbitrary market measures.

This whole shabang has been a moving target since pretty much 2008 and there is no reason to expect any less going forward. When attempting to predict future behavior a pretty reliable guide is to look at prior behavior. With that in mind just ask yourself this: Has there been any consistency or clarity about what to expect over the past few years? I for one have long given up trying to make sense of the Fed’s long term plan (if there is one). 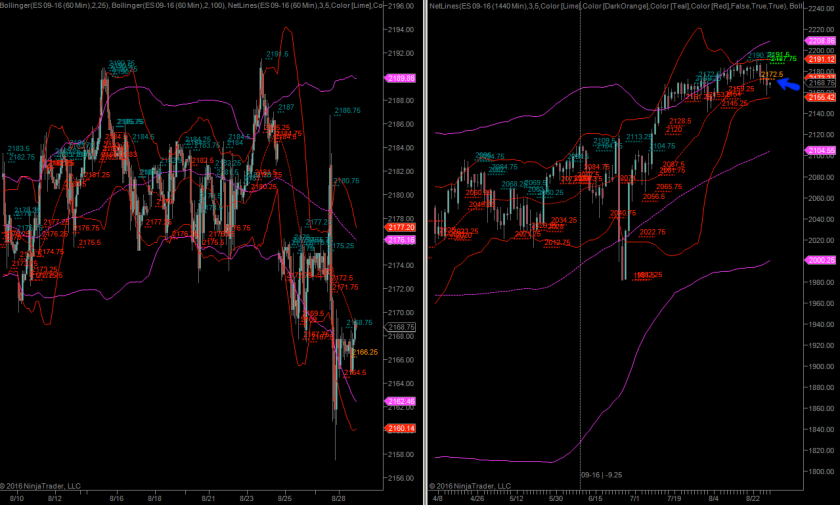 Alright, I promised you the motherlode so we better get things moving. Let’s start with the easy/obvious stuff and the ultimate arbiter of truth: price. The short term panel (1-hr on the left) was already painful to watch before the Fed’s drama last Friday. Which stands in pretty stark contrast to what we’re seeing on the daily panel. It would be easy to lull us to sleep if there wasn’t a drill sergeant screaming into your ears all day making us jump up and down. Now for now just keep that in the back of your head and I’ll give you my take on it further down this post. 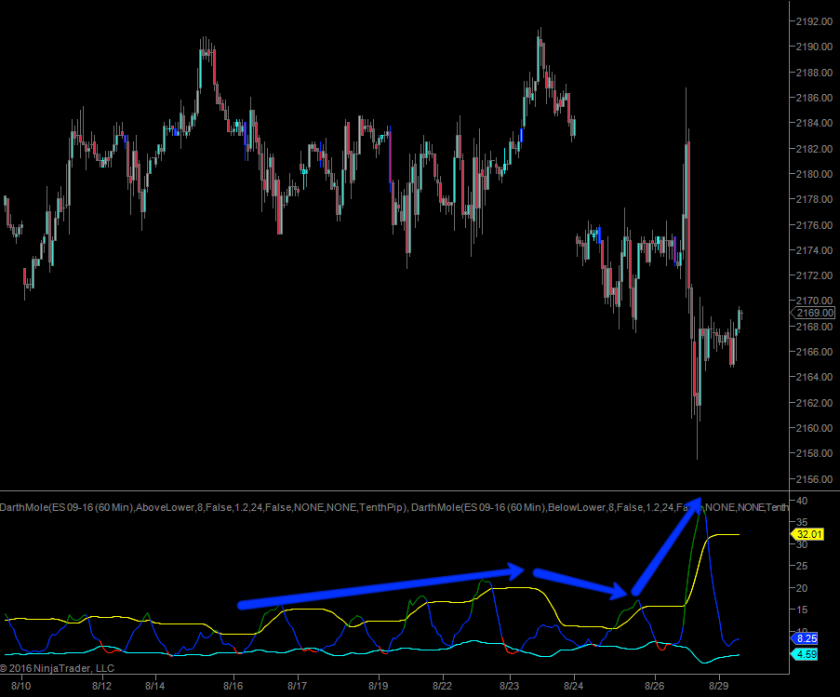 Short term realized volatility shown here. As you can see it’s been on the increase, which is a bit concerning given that we’ve been in a sideways range for a few weeks now. 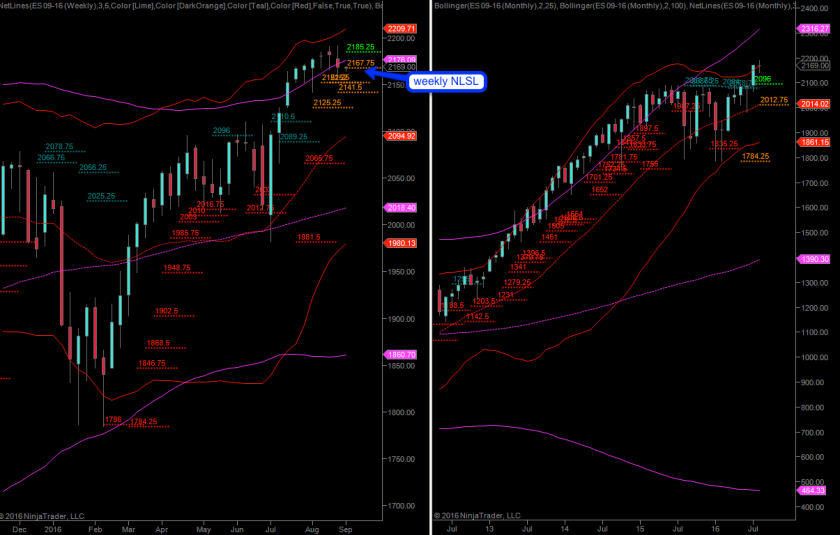 The weekly panel is looking like typical summer tape – long wicks suggesting churn but a steady trend higher. Until early this month that is, when early summer momentum finally started to run out of steam. We are now below a weekly NLSL and that’s nothing really to get worried about – for now. There are others looming below and even if we correct here I think dip buyers will be prepared to step in way above the 25-week SMA. 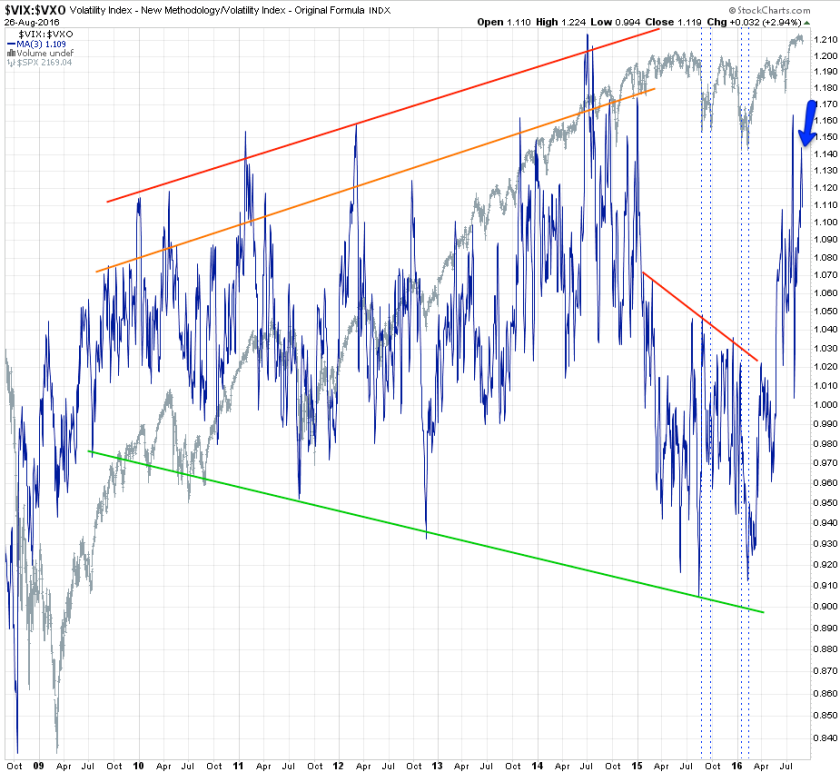 On the IV front let’s take a peek at the VIX:VXO. Clearly we are in the upper ranges here. Only thing is that only a very distinct divergence has been shown to lead prices lower. 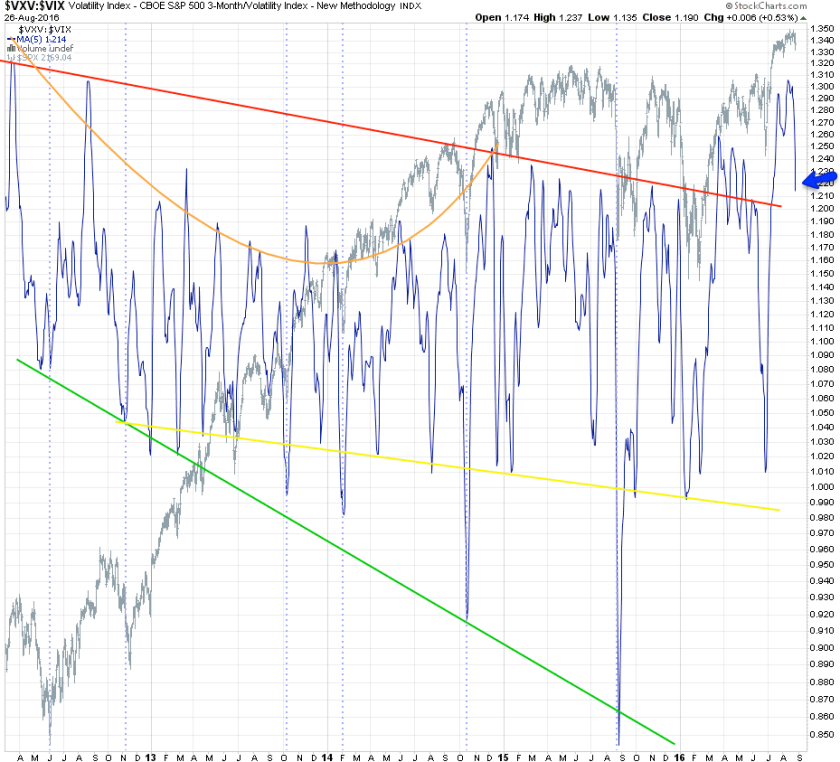 The VXV:VIX ratio covers the three month range and here we are actually observing the beginnings of a divergence. So on a longer term basis it seems that market makers are pricing in more risk in anticipation of a possible late year correction. Rainy X-Mas? 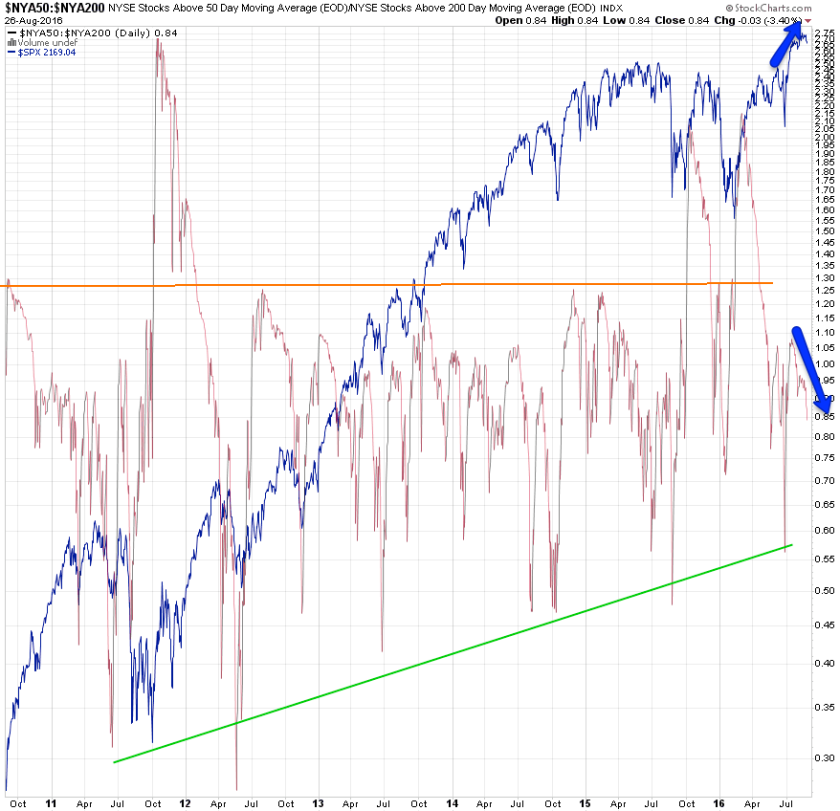 Here’s actually the most bearish chart I’ve come across on the momo front: NYSE breadth via the NYA50:NYA200 ratio. It is looking very divergent at this point but at the same time keep in mind that such conditions can sustain itself for weeks and even months.

Circling back to what I touched upon earlier about the short term RV vs the daily RV: Clearly we are not in a healthy bull market here, I think we can all agree on that one. However let’s not under estimate how far a final blow off top may lead in the coming weeks. That doesn’t mean we should be piling into long positions and it also doesn’t mean we should be piling into short positions. I merely suggest that you may consider reducing your long exposure at this point. We are in the final phase here – you can engage in short term campaigns but be aware that intra-day volatility will often shake you out of what would have otherwise been winning positions.

Alright, but we are only getting warmed up and there is a lot more to discuss – please step into my lair.