The Rubber Band Always Snaps Back 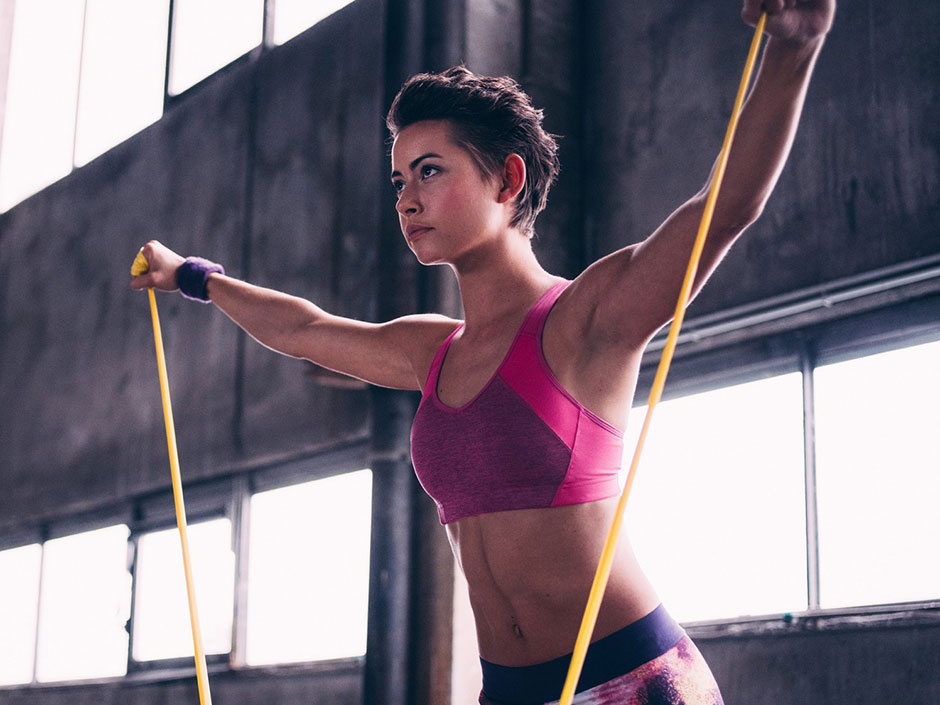 You can actually draw quite a few parallels between resistance exercise and the progression of price action. First up it’s important to understand that price never moves in one single direction longer than its momentum effect permits.

Like muscles during exercise price has to overcome resistance in the form of selling pressure, bad news, economic reports, rumors, and of course the overall trend.

Take for example a very strong bullish trend that continues to the upside for weeks and perhaps months on end.

What is holding it back? Very little obviously so there is barely any resistance to overcome as price continues higher in response to increasing buying pressure.

In bear markets price can often act like a falling anvil with very little holding it back.

Imagine a kettlebell tied to a bungie cord – it’ll fall for a while but at some point price reaches selling exhaustion followed by institutional dip buying that yanks the thing back quick and hard.

Ergo bull market snap backs, which can quickly wipe out a large chunk of the premiums of hapless hobby bears who were foolishly lead into buying expensive puts near some price extreme. 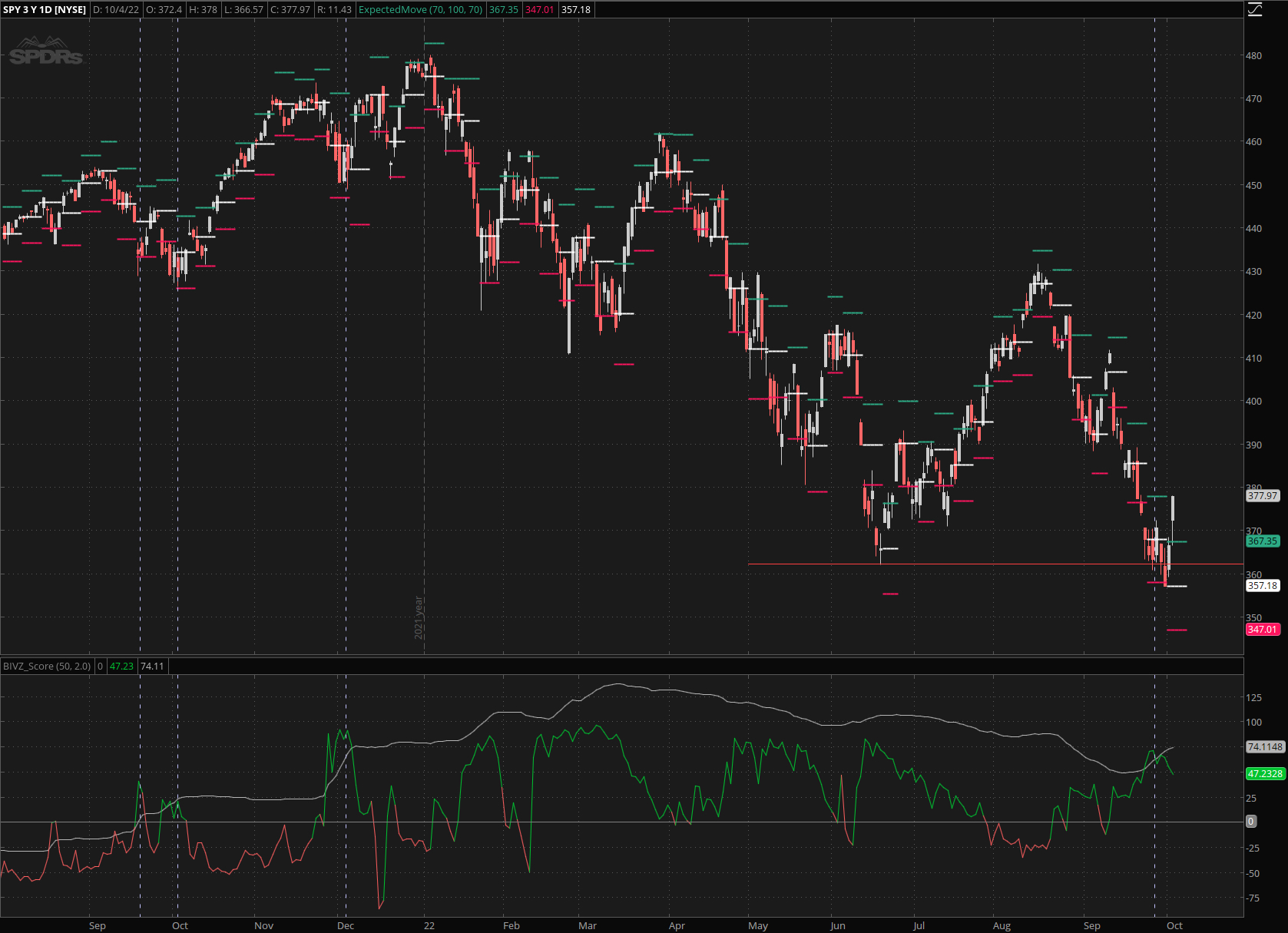 Which is exactly the situation we found ourselves in yesterday. After spending most of the prior week inside its weekly expected move (i.e. EM – the red and green lines on the chart) speculative buying produced a fast quick back that has already propelled us one standard deviation above this week’s EM.

So if you bought SPY puts near the 360 mark you’re going to really feel it by Friday.

Don’t be that guy. 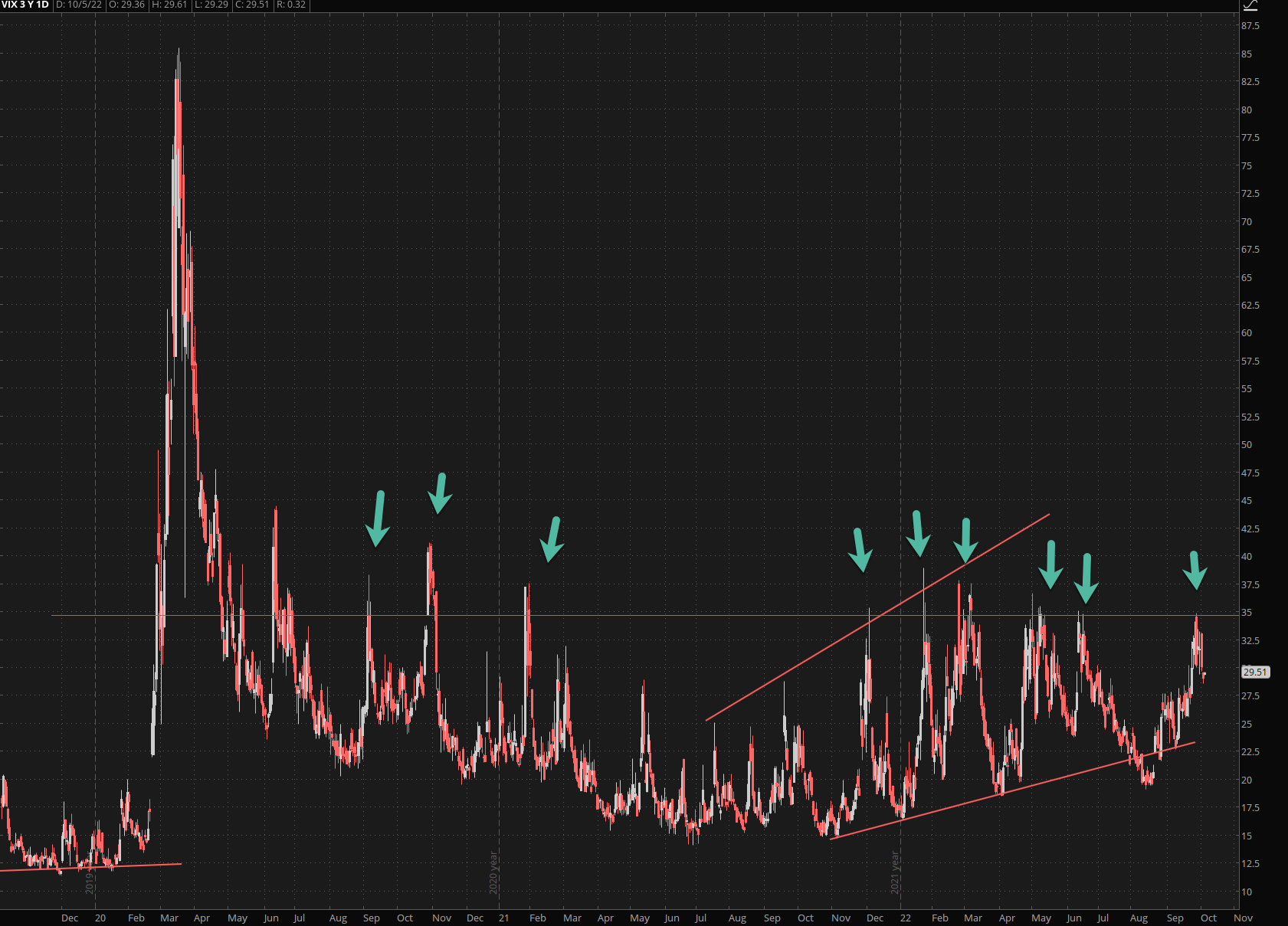 The VIX actually warned us in advance. The 35 mark is sometimes breached and held but the emphasis here is at ‘sometimes’.

90% of the time this is how far the rubber band extends and I wouldn’t be surprised to see us touch the 25 mark by late this week or early next week.

This is what underpins the mechanism that consistently separates retail traders from their invested assets.

The market has always been a cruel mistress plus after years of creative machinations by Fed and friend it’s in a crappy mood.

Which means you better treat cautiously.

The best you can do in the interim IMO is to just trade the swings.

Our Crypto Salary System now stands at 22R and its P&L remains rock steady through some of the worst market volatility in years.

It just keeps on printing money.

Here’s a 1-pager with everything you need to know

And if you’d like to join me next Wednesday, I’d be thrilled to teach you the entire system and help you build out a successful side hustle income to weather out the economic storm of the next few years.