The Setting Sun Of The Old School 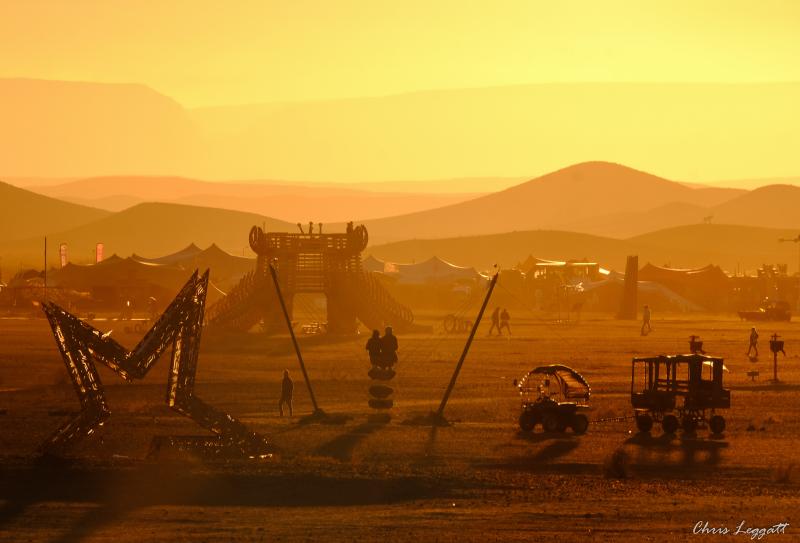 Good morning top dog traders of the Evil Speculator domain of the internet. I’m sipping my bullet proof decaf cafe’ this morning after I spent some time putting together my tunes for my DJ set at Afrika Burn this year. AfrikaBurn, South Africa’s sanctioned version of Burning Man, takes place about 6 hours outside of Cape Town in the middle of the African desert in late April. It’ll be my first experience living from a make shift home in a Backie which is the South African equivalent of a U-Haul. 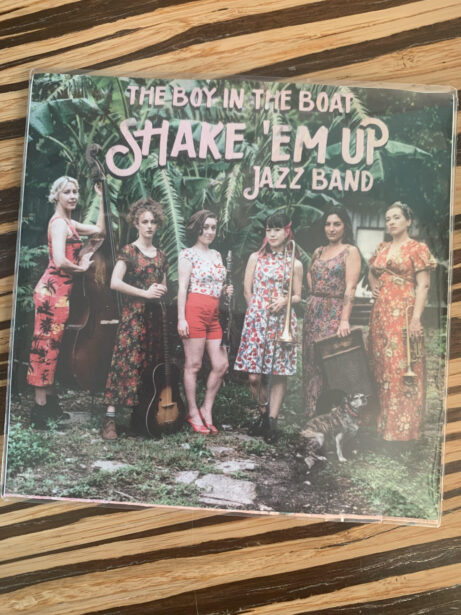 The idea is a break from EDM that’s available elsewhere on the playa 24/7, starting off with the Crying In Coffee Houses set from one of my campmates. For my set, with the theme of keeping with a break from the EDM, I’ll be doing the The New Orleans Jazz Parlor. Featuring the lovely ladies of the Shake’Em Up Jazz Band I discovered on a trip to New Orleans at the infamous Spotted Cat last month. If New Orleans jazz is your thang, these ladies bring it with  unique flavor.

Speaking of flavor, if you’ve followed along any of my previous posts, you probably know by now that my style of trading is not sitting in front of the computer all day looking at charts. Some of my beliefs about trading:

In the year 2020, powerful and easy-to-do backtesting platforms are everywhere. I’d say with little exception that just about any subjective and discretionary trader could back test their trading. And the reason they choose not to? Because they know they’ve been running on luck and what they are doing has little or no edge.

As such, my trading is by the numbers baby. More specifically, statistics. When it comes to the overall market, the most important metric in my trading is the… 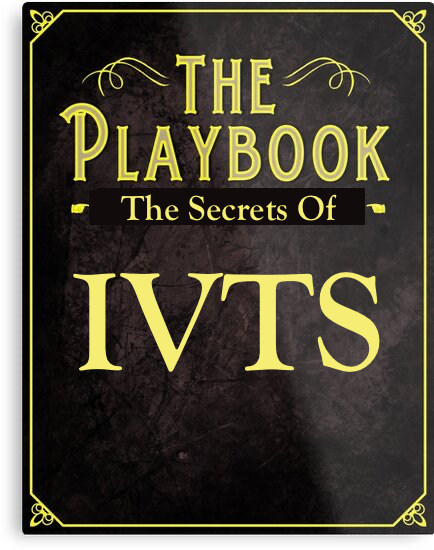 The IVTS, or the implied volatility term structure is simply my go-to. It determines which market regime I’m dealing with and which one I’m likely to see on the horizon at some point.  The formula for the IVTS is:

WHY THE IVTS MATTERS

The VIX tells us what’s essentially happening right now, in the short term. And when we put the VIX and VIX3M together, it’s pure magic because it also takes into account another magical property of the IVTS: it’s mean reverting. 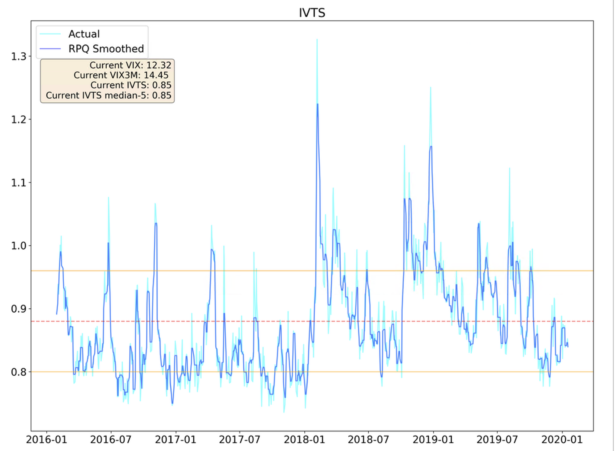 The mean IVTS value for the past 10 years is .88 with a standard deviation of +/- .08. The mean is the red dashed line at .88 and the orange lines are +/- .08. If you do geek mean reversion tests on the IVTS, it scores as highly mean reverting. More so than just about any other financial instrument.

HOW TO USE IT

When we are in slow marching bull markets, values tend to be below the mean of .88. And when we’re in viscous sell offs, it tends to spike over 1.0. We can see during the volatility melt down in February 2018, it spiked to 1.3. Many quant funds use the IVTS to get in and GTFO of long equity exposure (or shift it around in some way).  Whales move markets and we want to ride on their coat tails. 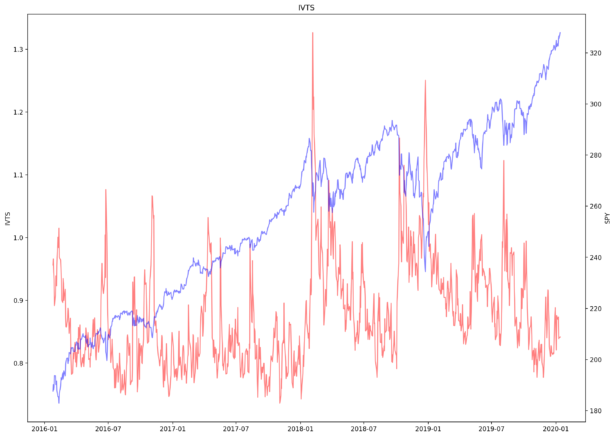 The red line above is the IVTS, the blue SPY. It’s not exactly a revelation that when SPY is selling off hard like in early 2018, that IVTS is spiking hard. The IVTS is about as close as we will ever get to the canary in the coal mine for long market exposure.

However we’re not whales and much more nimble than a $5 billion dollar fund. This allows us to take greater advantage of the IVTS than even the super smart people who’ve researched it to death (thank you guys!). The IVTS allows us to extend our edge in trading substantially.

And now for the subs, we’re going to take a lovely trade from the IVTS playbook for this week that has stacked up piles of R bricks for me since early fall 2019.