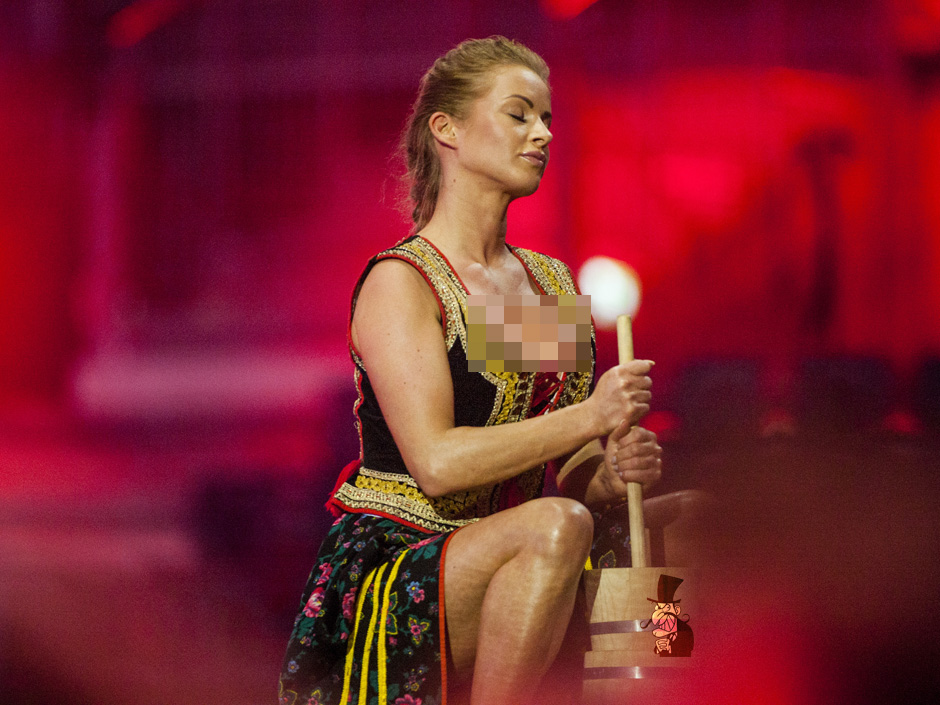 In German we have an expression: ‘Vom Regen in die Traufe’, which loosely translates as ‘from the frying pan into the fire’ – you get the idea. Looking at the insanity we just left behind and exchanged for a prolonged sideways churn across almost every market vertical I’d say either expression applies.

The triptych above may be a bit too condensed to appreciate in full detail, so please click on it to see the larger version. So where do we stand in equities right now? 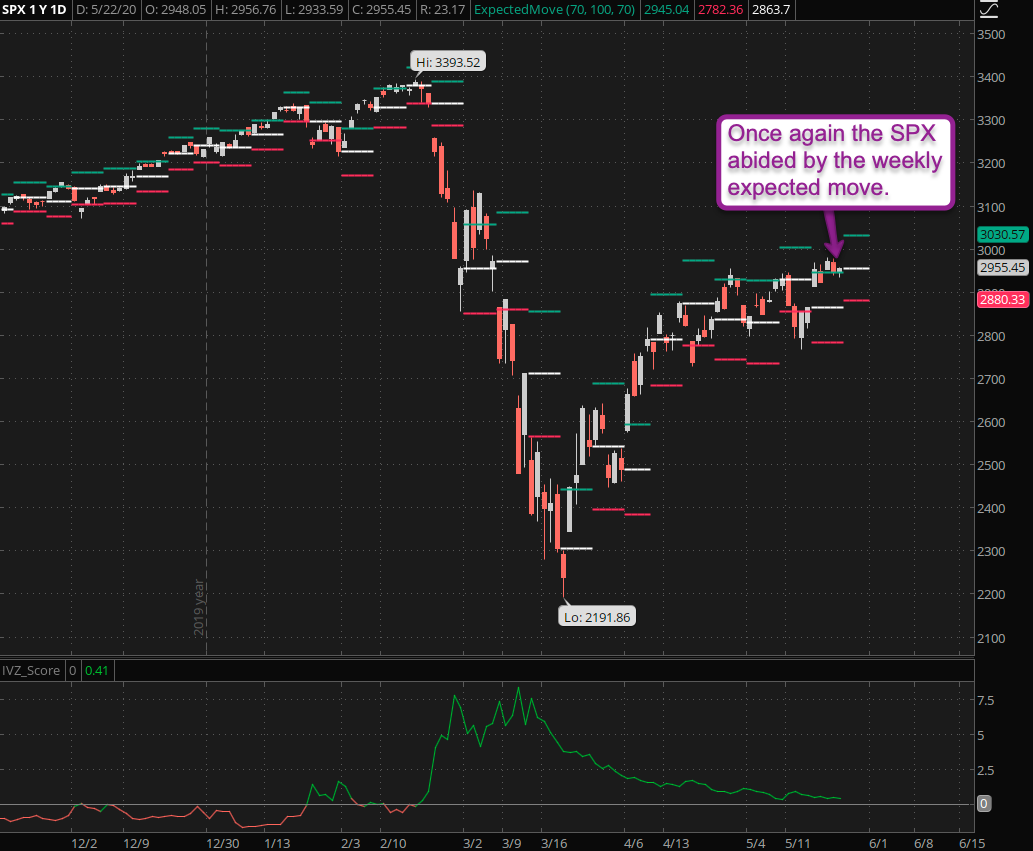 Implied volatility seems to be normalizing and after a surprise spike higher last Monday the SPX churned sideways and then closed just a few ticks away from last week’s expected move.

That’s pretty awesome and once again confirms some of the statistical data that Tony and I have collected over the past few months. 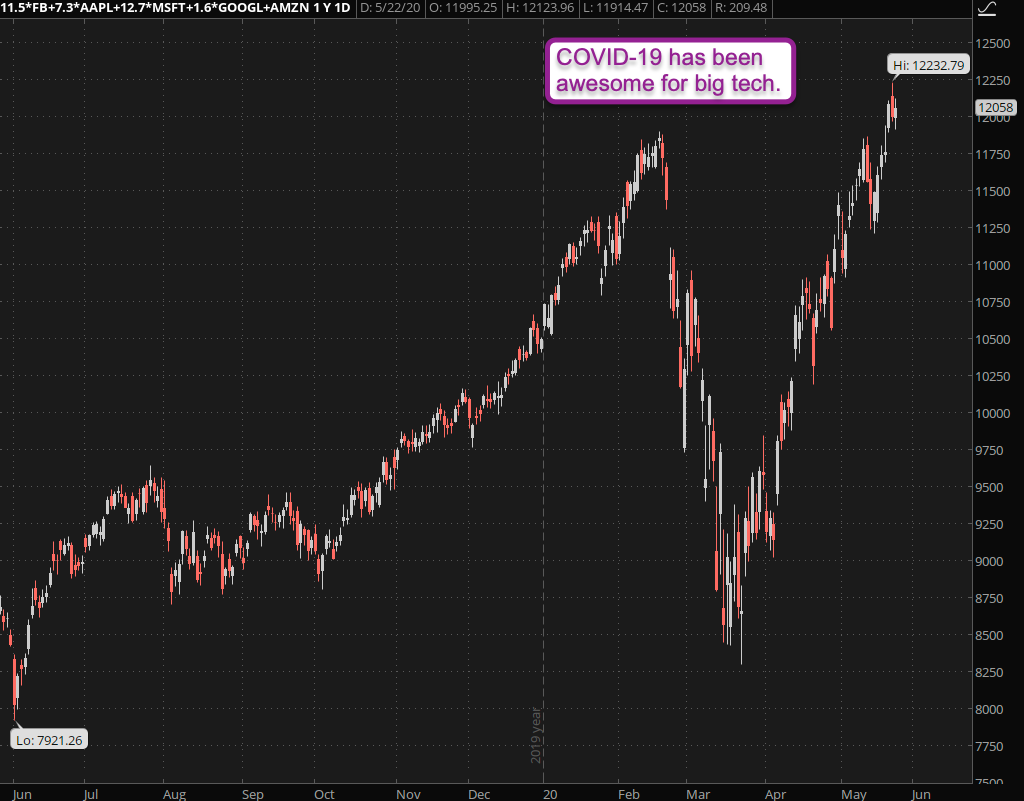 Tech remains on fire and it’s become clear that COVID-19 has been pretty damn awesome for big tech. 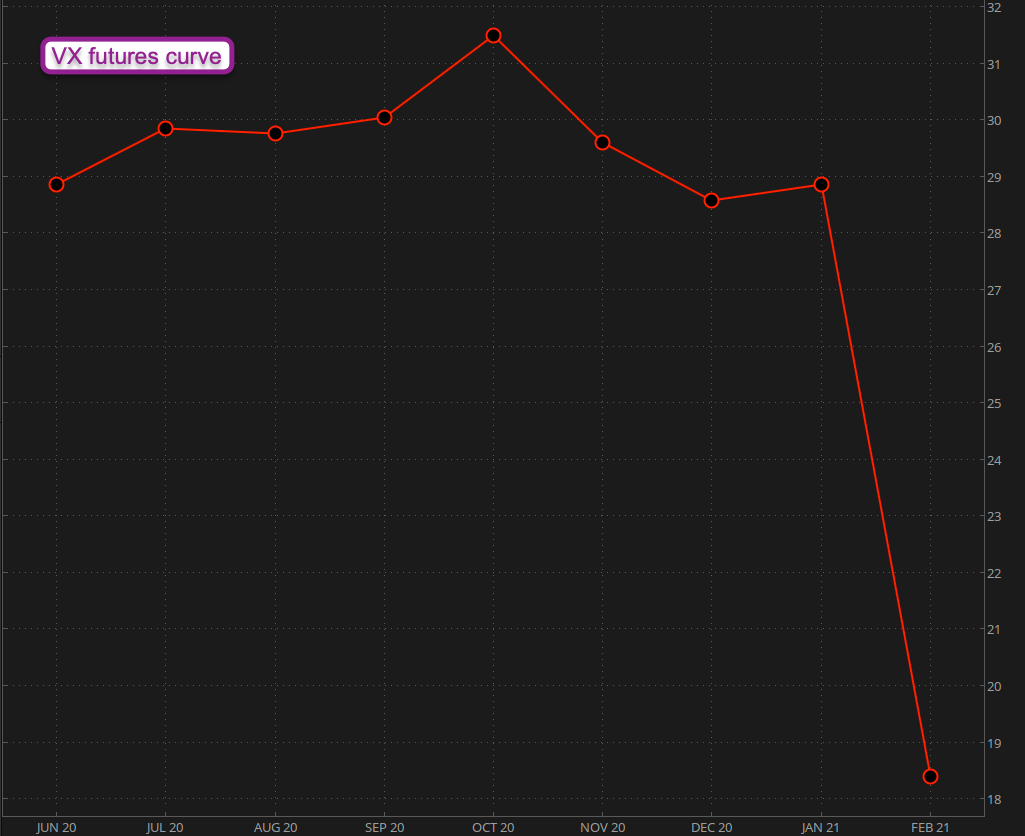 Except for a big flashing warning sign pinned at the October contract even the VX futures curve seems to be in the process of normalization (i.e. approaching backwardation) again.

So what’s the big problem then? Well, glad you asked. We do have indeed a problem, which is that anyone and their grandmother seem to be focused on only one small slice of the tradeable universe right now, which effectively is big tech. 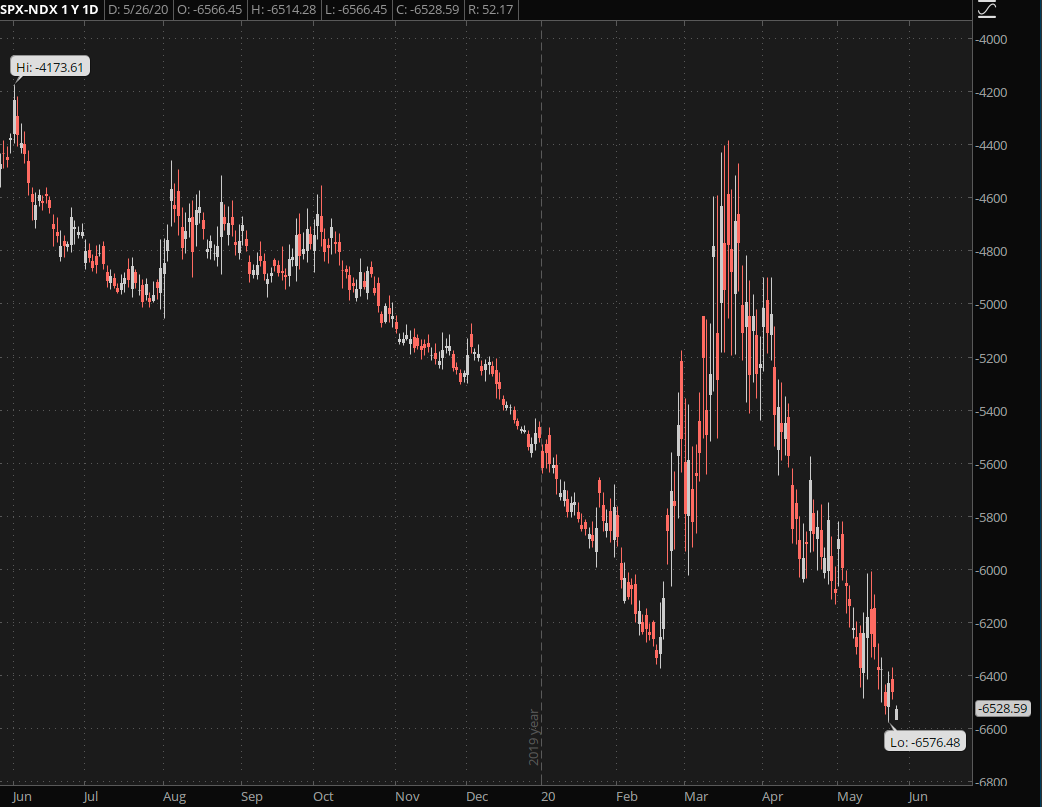 If you remove the NDX from the SPX then what you get is the chart above, which has us effectively lower than in mid February. Judging from that chart tech has increasingly been in favor but the COVID-19 epidemic has only amplified this trend. 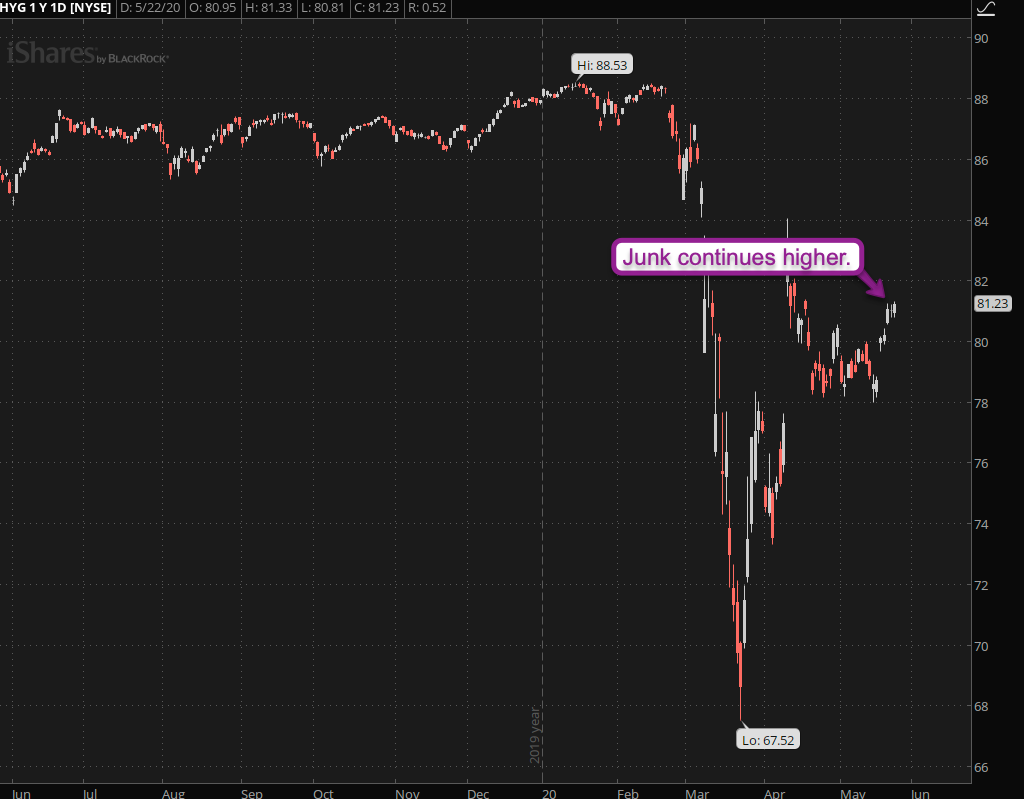 Heck even junk is being bid up again. Admittedly it’s still far away from its former glory.

Meanwhile everything else but tech has been as active as a Hertz rental over the past quarter: