The Squeeze Is On

Before we get to today’s charts I would like to apologize for the technical hiccups you poor guys had to put up with today. Frankly it’s been a rough start of the week on my end as I have been putting out fires in the lair since Monday morning. However the Mole is back in control – mind over matter! 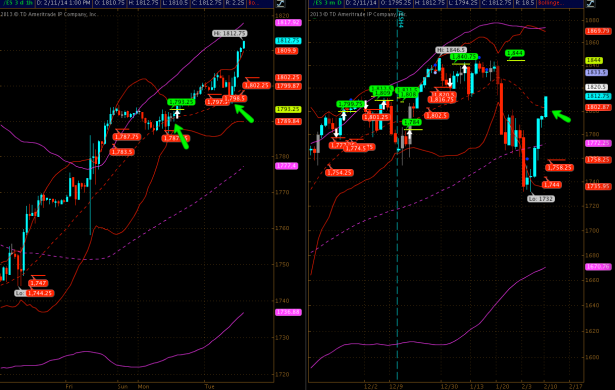 So the big squeeze is on and I’m a pretty happy camper as we rode the reversal since the very bottom. Early this morning I had some concerns that Yellen’s speech may throw our charts back into turmoil but once again technical levels remained intact (as during last week’s NFP report). 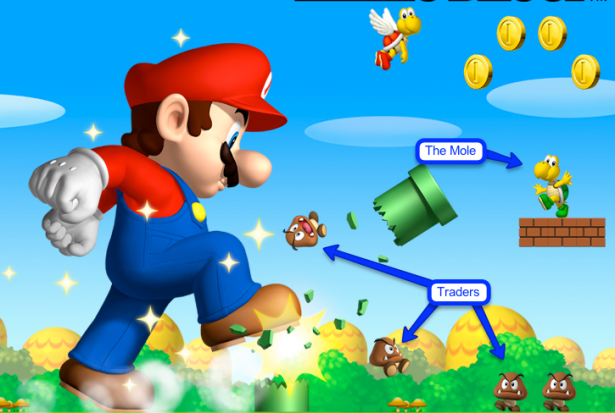 We are now back in solid bull territory and if the bulls are smart they’ll squeeze this thing all the way into the close as we need a healthy buffer ahead of tomorrow’s speech delivered by ECB president Mario Draghi. Which usually results in weak hands or late comers being stomped – so be cautious tomorrow around 10:30am EST. 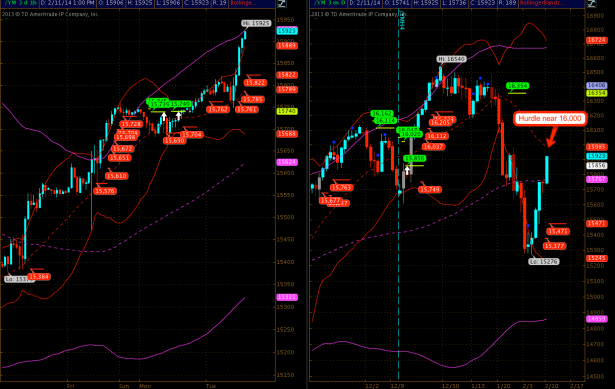 The YM also on fire but still lagging behind on the daily panel. That 25-day will need to be breached plus it almost exactly touches the 16,000 mark – as we all know traders respect round numbers. 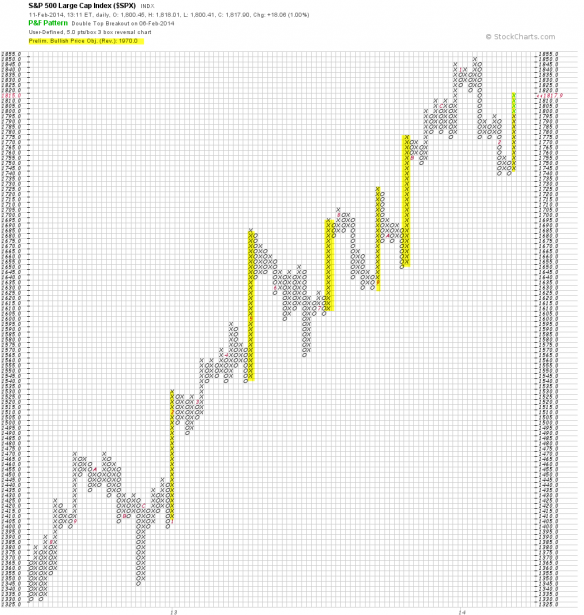 I meant to keep this P&F chart for the subs but we have such nice setups today I decided to be generous and share it with the leeches. Quite a nice spike we’re painting and usually that has resulted in continuation higher. But it’s possible that we fall back a little later this week – plenty of reports/announcements that can be used to shake out the piggies. So if you have been riding this thing higher then start taking partial profits. 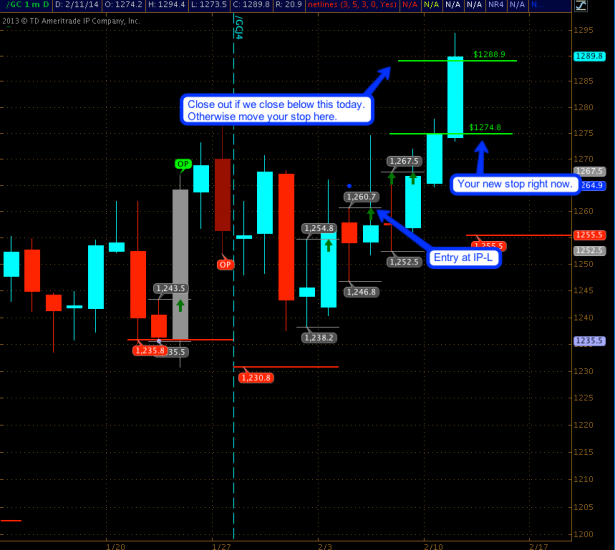 Gold update – if you were a sub then I hope you took that IP-L near 1260.7. We had a second opportunity after that but I don’t recall if I reported on it. Either way we have now breached the 2R mark (141 ticks = 1R) and if we close above 1288.9 then your stop moves there tonight. If we close below it then the rules stipulate that we close this trade. However, I hope that we’ll stay in – take a peek: 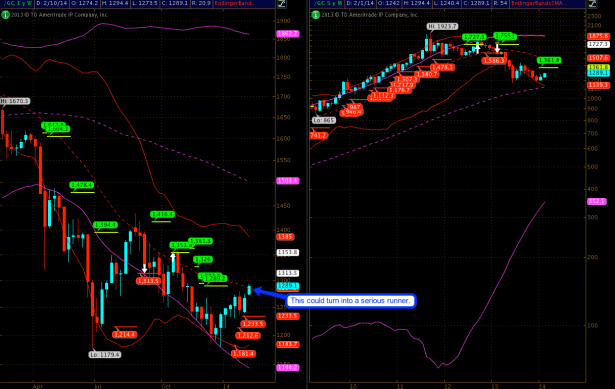 We are extremely well positioned here on the weekly panel. Should we continue higher I expect gold to pick up steam. So here we are – 2R in profit – with our stop right below us and we may just be able to turn this into a LT campaign. How cool is that? 🙂

More goodies below the fold – please step into my lair: