The ugly truth is that Mole might have fallen for a nice head fake which retraced exactly to the 78.6% fib line: 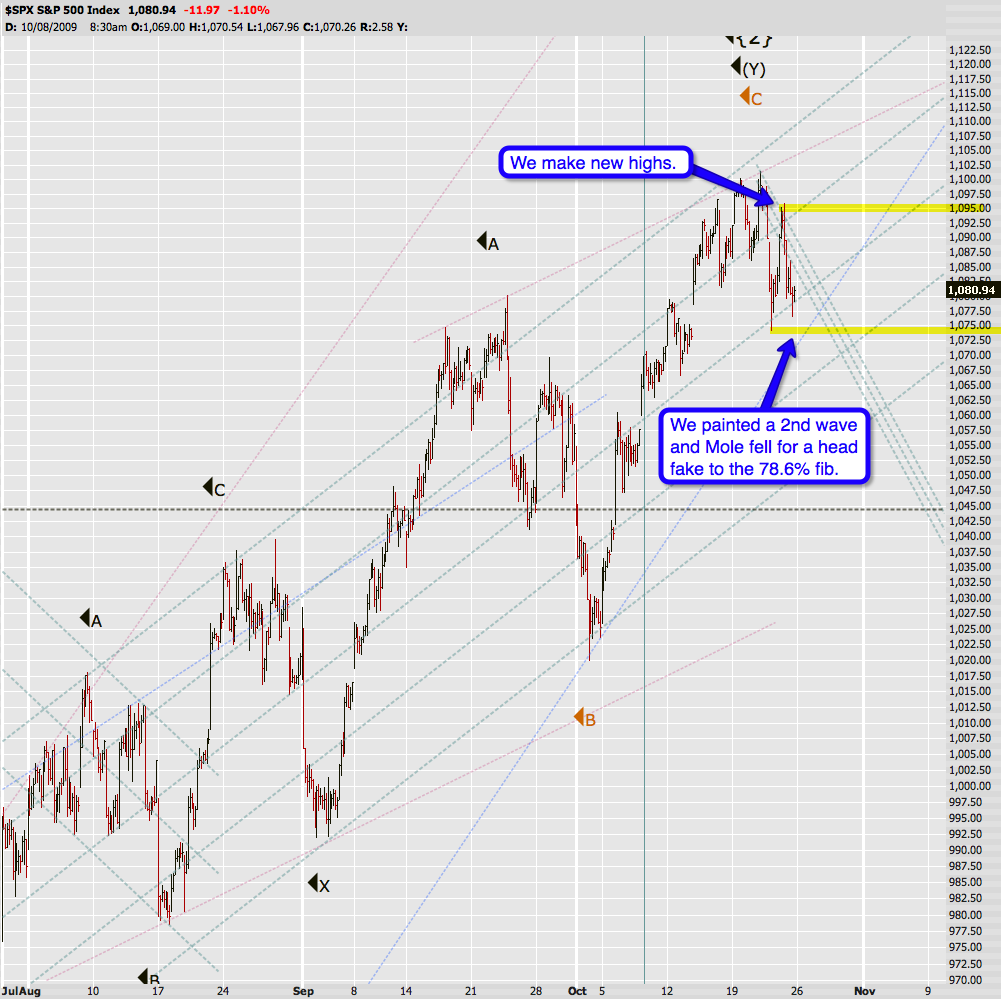 If we breach today’s highs we will make new highs – if we drop through yesterday’s lows we are most likely looking at more downside going forward.

Here’s the zoomed in view: 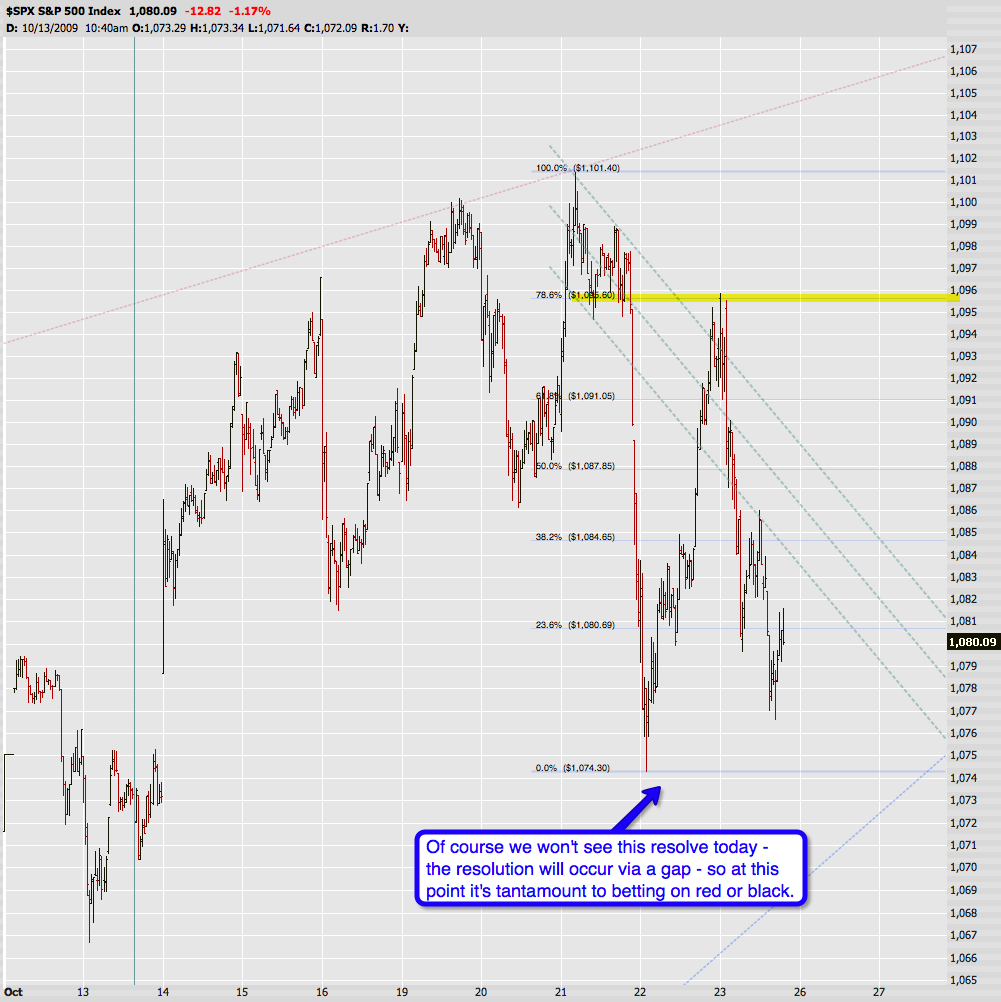 Of course don’t expect to see this resolve today – the resolution will occur via a gap overnight or over the weekend, so that retail traders have no chance to get in or out where necessary.

Yes, this tape looks like it’s topping but we have been fooled – how many times now? You come back on Monday and suddenly the ‘nature’ of the tape completely changes as if a new roster of traders has taken over with a completely different game plan.

If you were still short from yesterday’s lows chances are you sold out during the spike up – unless of course you were stubborn as hell – as I was in the past. Of course that’s when the tape kept running – this time I didn’t want to take this chance and the tape dropped. I thought of that possibility last afternoon but was not ready to take on that type of risk again – and I’m pretty sure the entire game was primed against that prior experience. Nothing like conditioning players that something will happen at a particular stage and then to do the exact opposite. This is one big poker game at this point – and the only difference is that the big cats can see my cards and I am flying blind. What I have is my wave count but at the current stage the odds are completely open. A year or so ago I would have stayed short and added positions today. But I have seen a drop like today’s recover too often to take any more risks like that.

So, the only ugly alternative now is to wait for this trend to officially fail – which means 1070 and then 1040 need to be taken out. VIX is going to be higher then and premium won’t be as cheap but it sure beats this losing game.

Effective today I will not post a Program Trading Update anymore – I will however continue to post the Zero chart when I find the time. This is mainly due to unjustified accusations by one unhappy Geronimo subscriber who suggested that both me and Eric were lying – something which in my mind is simply inexcusable as we both have been bending over backwards to be as fair and transparent as possible.

I will also reduce my participation on this blog as this outlash today has shocked and disappointed me deeply. Quite frankly I also do not believe that I have much to contribute these days – and I’m sure that most of you are sick and tired of hearing me bitch about this erratic gyrations – this is not very productive. I also wonder if it makes sense to continue catering geronimo to retail traders as some of you obviously are unfit to accept the occasional losses – if this is what we get after one or two down days then I don’t want to know what will happen after a bad week or month. Eric and I are considering to scale out of the current subscription model and to solely work with funds and CTAs.