UPDATE 9:45am EDT: I think I could bitch and moan for hours every day about the level of corruption and hubris in our political and financial system – which I fortunately don’t have the time for. But I think today’s headlines on marketwatch speak louder than any long winded excerpt I could put together: 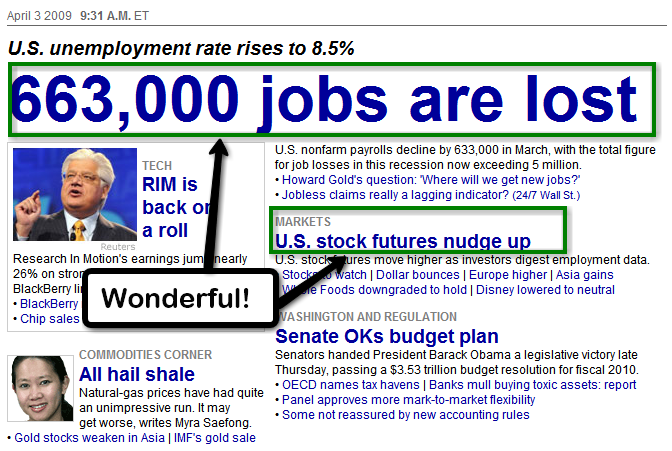 The ugly truth, my dear ladies and leeches, is that they don’t give a rat’s rectum about you, about me, about your family, about anyone out there. Market manipulations, corruption, obfuscation of truth, insider dealings, lack of regulation, and last but not least a blatant disregard for our legal system have reached a magnitude that is beyond belief.

Sometimes I am really stunned by the lethargy of the greater public. Our capital markets have already been ransacked, now the the public purse is being plundered. What will it take for a few million outraged U.S. citizens to make a march on Washington? I’m a citizen now and have no intentions on taking this laying down.

Anyway, let me climb off my soap box… 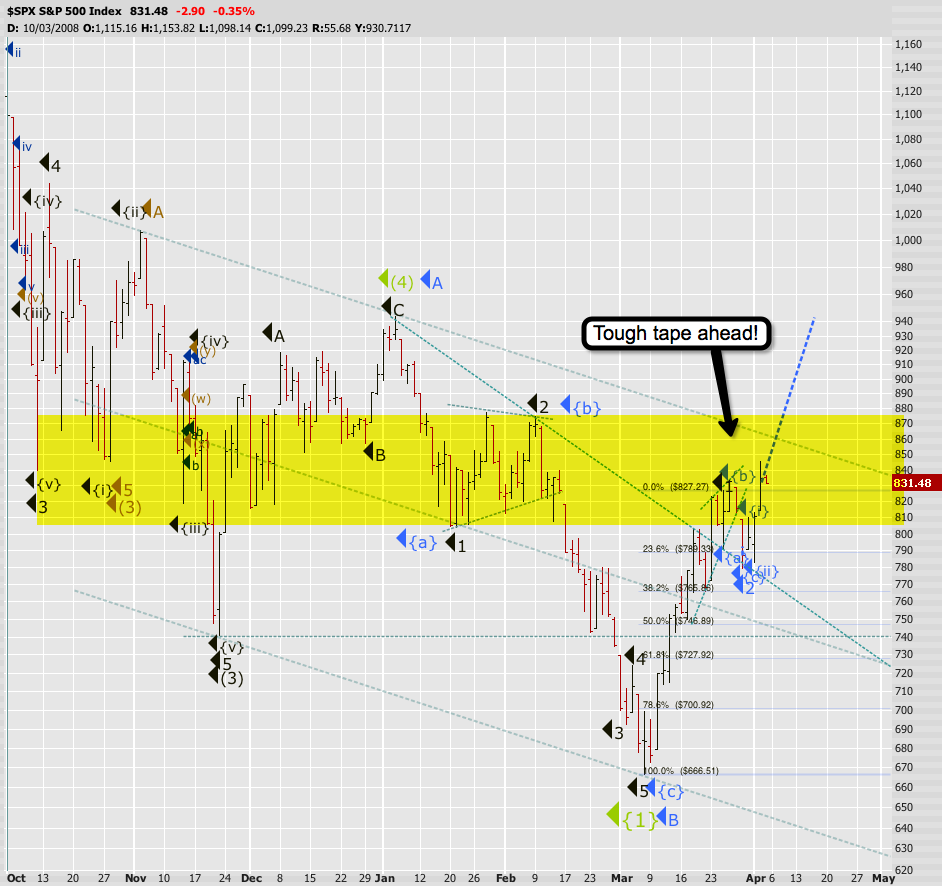 Not much happened overnight – as I expected. The larger trend should continue to the upside, but I don’t think it’s going to be as easy a ride as we’ve had – third wave or not. There’s a lot of resistance looming overhead, which T.K. has pointed out on various occasions. 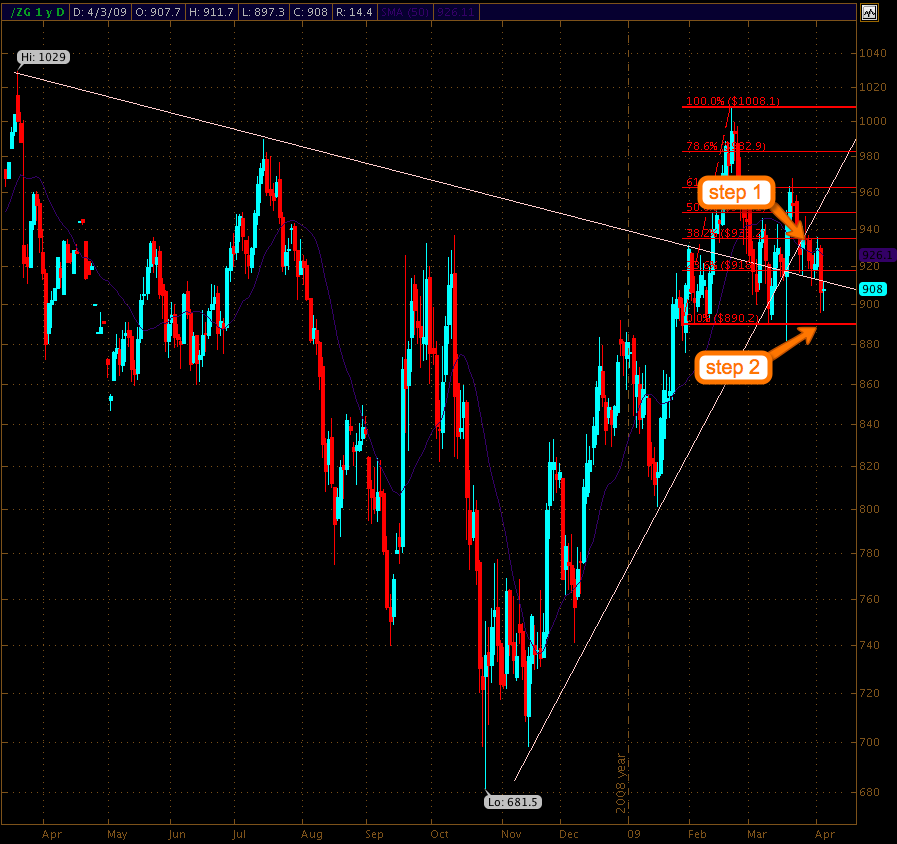 Gold is being difficult – as usual. But before you throw in the towel let me point out the game plan. See, in boxing you’ve got something like a 1-2 combination – throw a jab and than follow up with a nice upper cut or a hook right into your opponent’s smacker. We threw the jab by punching through that ‘fucking diagonal’ – the hook for Gold will be a breach of (and close below) that coveted 900 line. As you can see that line served as resistance back in December and it now has turned into massive support. I think it’ll be taken out soon – when exactly I’m not sure. But when it happens we’ll see a big drop to the downside.

So, relax and wait for it – good things come to patient traders 😉