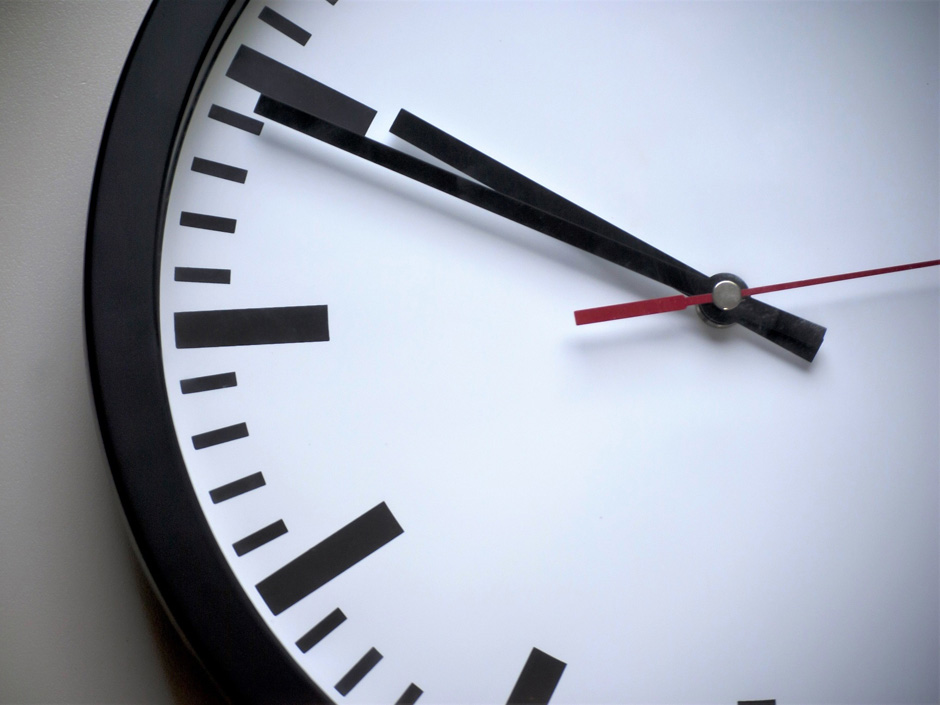 Once again the week opens with equities parked right below a critical medium term inflection point. Economics are looking good and the bears seem about ready to throw in the towel, having been steamrolled repeatedly on the way up. The historical stats for this week are very bullish, so do we now simply back up the truck, load up on longs, and call it a quarter? 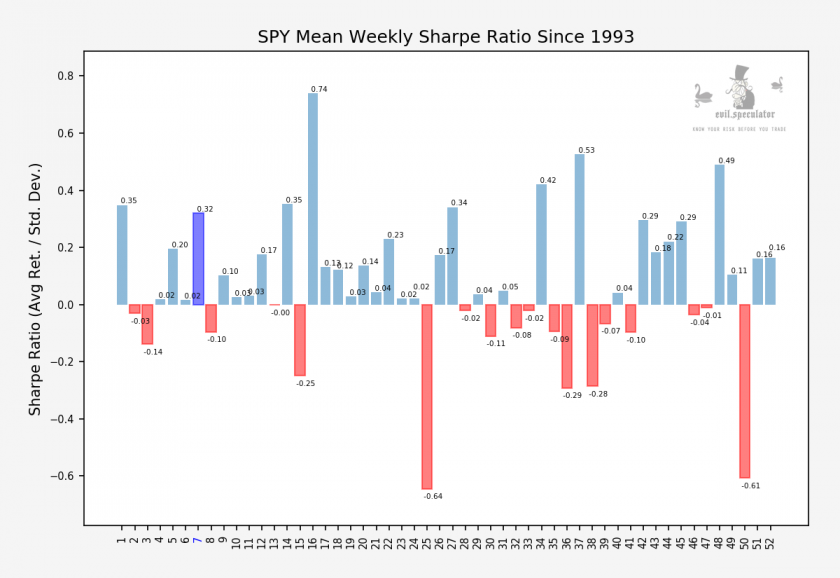 To answer that question let’s start with historical bias and work our way into price momentum from there. Week #7 indeed is one of the most bullish of the year with a Sharpe Ratio of 0.32 on average, which incidentally makes it the 7th highest performing week. Coincidence? I think……. 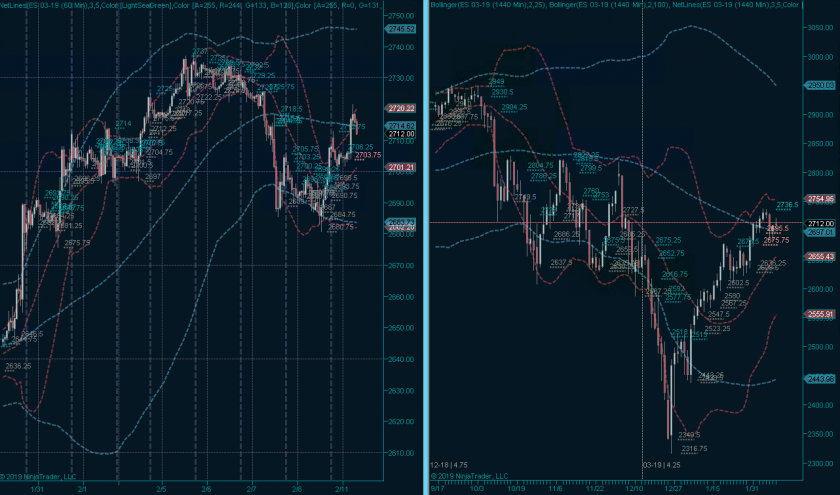 The short term panel as well as the daily makes me want to fill in buy orders. What a juicy spike low and it’s all happening right above the 100-day SMA. 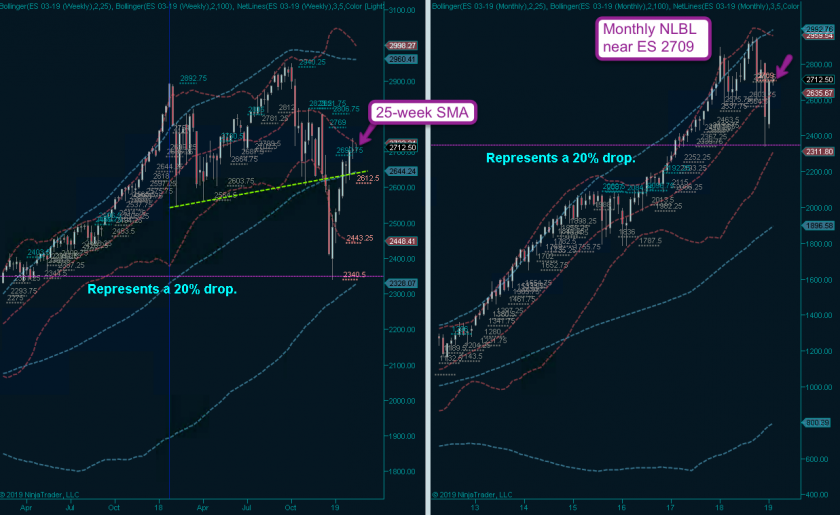 The long term panels are equally tantalizing as we’re bumping against the 25-week SMA right above a breached Net-Line Buy Level AND a breached monthly NLBL.

So Mole – what the hell are you waiting for?

Frankly it’s looking a bit too perfect right now plus given the recent shift in sentiment I decided to start shifting my approach to break-out momo trading. Dip buying is still on the table but it needs to be a convincing one.

What that means effectively is that I intend to grab a long if the current spike high at ES 2736.5 is breached. Alternatively I am open to grabbing a nice dip lower, which I think has decent odds in the first few sessions of this week. 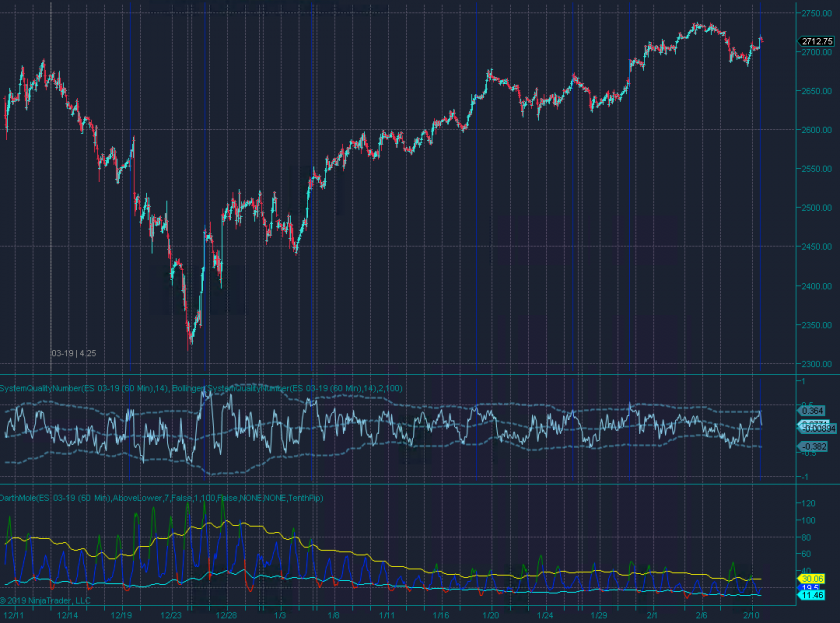 Which brings me to the next chart. Yes, realized volatility again. It’s topped out a bit right now and if you follow the dark blue vertical lines on the chart then you probably would agree that small corrections usually happen. At minimum we should be prepared for a sideways session or two.

And if you think about it, that would potentially be a lot of fun for the MMs as it would trap a bunch of Johnny Come Latelys into iffy looking long contracts.

I’m sure some of you guys will take issue with this but while we are still gyrating inside no-man’s land my first priority must be asset protection and not wild speculation.

Many traders follow an inverted approach (i.e. big bets during uncertain times whilst sitting on their hands during certain times) which invariably leads to account blow ups. Risk of ruin is the eternal sword of Damocles that hangs over all of us. 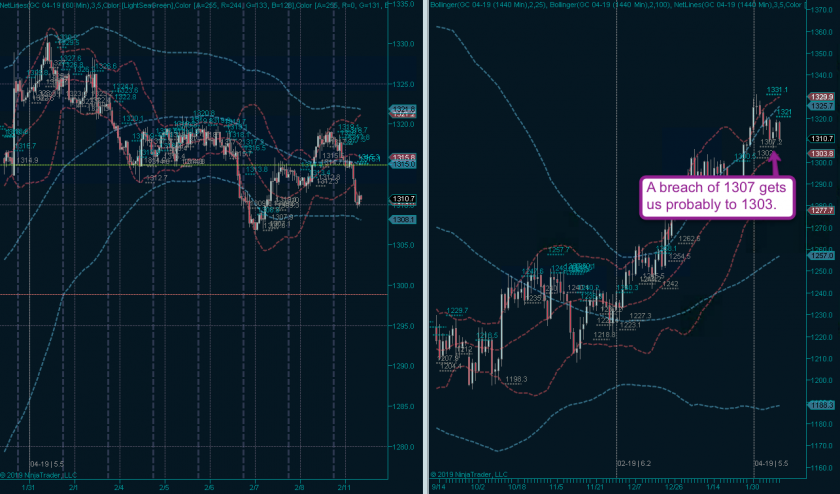 Gold is not benefitting from a ramping Dollar. Once again all the pundits got it wrong by projecting the ‘death of the Dollar’ in a Pavlovian manner. Just this morning I saw another ZH headline in my twitter feed suggesting the Dollar’s loss of its reserve currency status, according to the NY Fed no less. 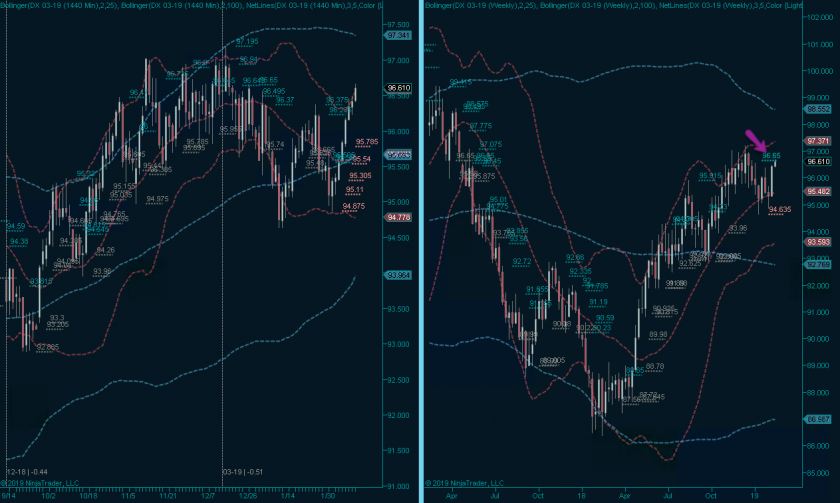 My core motto when it comes to ‘Gedanken experiments’ like these is to ignore what they say and instead watch what they do. Or even better, to watch what the Dollar actually does. It’s most often than not the opposite of what the crowd expects.

BTW, note that the DX is now kissing a weekly NLBL. A breach > that and it’s off to the races. 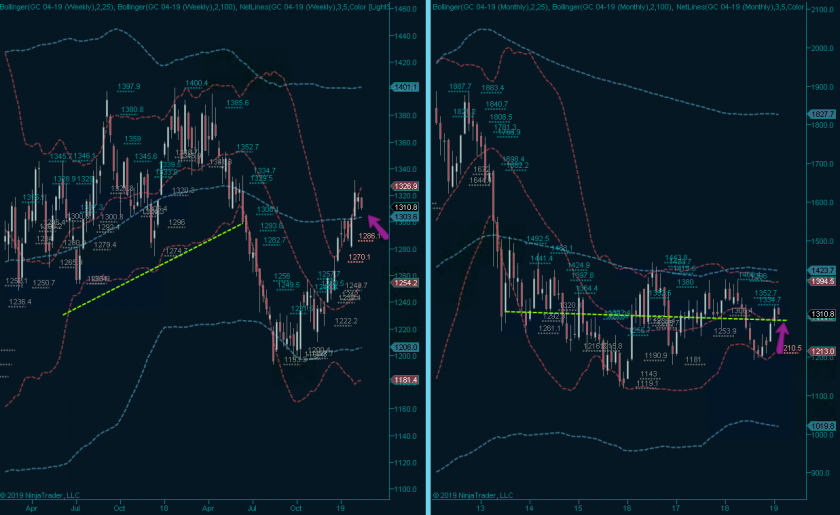 Anyway, here’s the long term panel. I don’t know about you but this looks incomplete to me. It’s been a pretty rough ride up with many small stops on the way.

So yes, a big move could happen but if you look at that monthly panel then you can see that we are still near the center of a multi-year sideways range. It’s not going to be easy to break out of that, so as tempting it may seem, for now I’ll have to wait for a convincing spike low.

I know I know – but remember the old aphorism: There are bold traders and there are old trades, but there are no old bold traders. 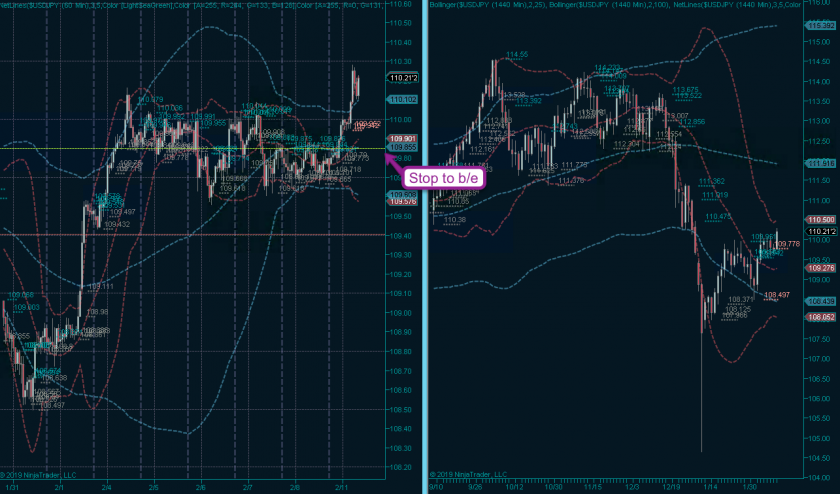 Now correlated markets often give us opportunities we could not as easily exploit during uncertain market periods. And if you are a sub then you already know that this is why I hedged my gold position with the USD/JPY, expecting of course for one of them to make it out of the ring as victor.

Thus far this approach seems to be panning out nicely (pun intended) as the Yen has dropped further than gold, allowing me to advance my stop to break/even. 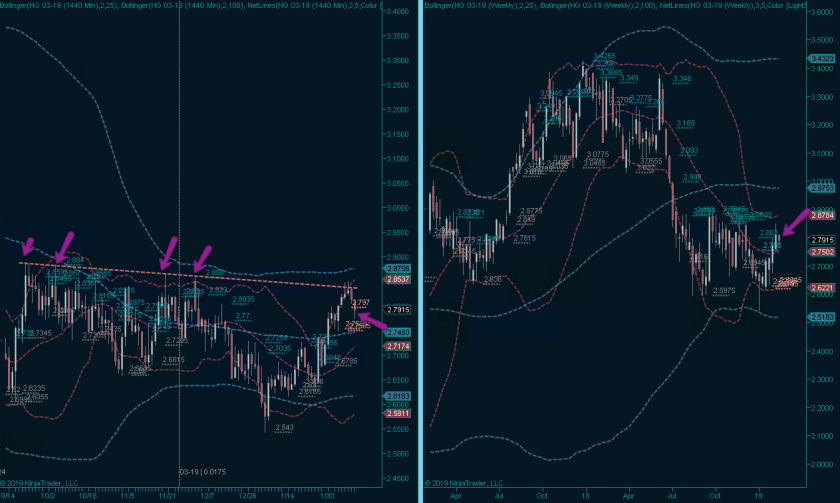 Alright, I’ll push my luck a little and bore you with another ‘no action’ chart. Copper! Actually that one looks damn bloody juicy to me, wouldn’t you agree?

But yet incomplete (arrrghh!!) and just like with equities above I want to either see a dip toward that 100-day SMA – or a breach of the recent spike high near 2.8. Either way I think the resolution of this one is going to be glorious.

Alright, now I’ve got to spoil my subs a little. Please meet me in the lair:

Quote of the week:

For the developing trader, there is a short long way and a long short way to success. Too many try the short way and take *much* longer to succeed: https://t.co/EQDEzkyGp9 pic.twitter.com/MRm63R6KlB