The Whites Of Their Eyes 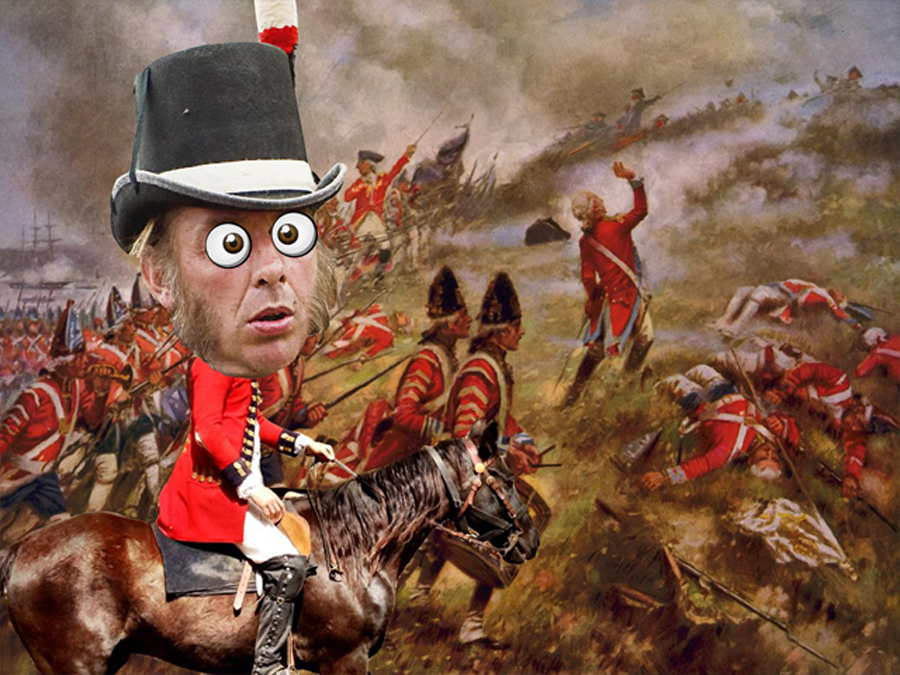 The famous order “Don’t fire until you see the whites of their eyes” is a battle cry which became known in stories about the battle at Bunker Hill which was fought on June 17, 1775, during the Siege of Boston in the early stages of the American Revolutionary War.

In the past two sessions we twice attempted to dip into a small amount of long positions but equity buyers continue to be overwhelmed by consistent selling. I have been very clear about the nature of this particular sell off which differs fundamentally from what we have witnessed in the past few years. On Monday I presented pertinent evidence on the volatility and momentum side. My assessment was that we are in the early stages of a secular bear market and that dip buying opportunities should not be our primary concern. Very few of the strategies and trading habits we have acquired over the past six years will be applicable going forward. 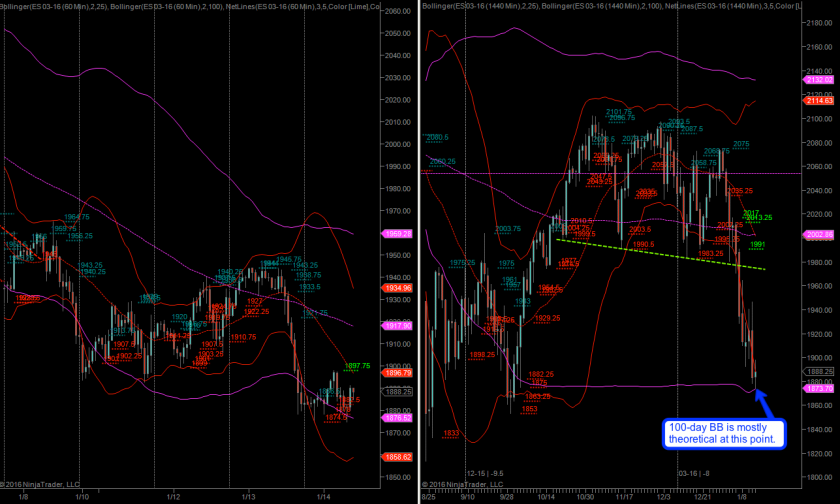 The primary directive of trading a bear market is that you never ever trade against the trend unless you have a very compelling reason. Although that rule is equally applicable to bull markets it holds true in particular once the big bad bear is running the tape.

Take for instance the situation currently on the spoos. The short term panel is looking iffy while the daily has us near the lower 100-day Bollinger. Potential spot for a bounce you say? Well, quite frankly that Bollinger, although valid as a measure of standard deviation, is mostly theoretical at this point. For one it hasn’t been touched and observed for ages. Secondly it is starting to dip lower. 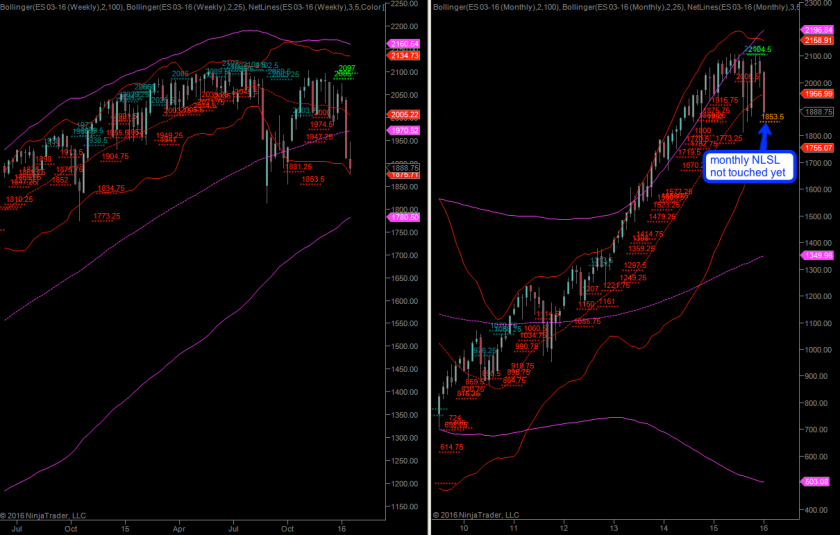 Long term we have absolutely nothing right now. The weekly panel is giving me nothing and the monthly panel has us near but not on a monthly Net-Line Sell Level. As stated yesterday, I would have to see a real touch here followed by compelling evidence on the short term side.

The type of tape we are facing right now is insidious in that it pretends a lot but rarely delivers. You are probably curious about the underlying cause for this change and I would point toward two primary factors:

Bottom Line: Do nothing here until you see the whites of their eyes. And by that I mean, keep your powder dry until a compelling reason emerges. That applies to both the long and short side actually. At some point, out of the blue probably and without any warning, we are going to see a bounce. If you manage to catch it, count your blessings and trail it loosely until once again we are facing medium or long term technical context. Even then successful entries are not guaranteed but if they happen then make sure to keep your exposure small and place your stops conservatively.

There is one equities chart however that’s offering superior context right now. If you’re a sub then please grab your decoder ring and join me in the lair: 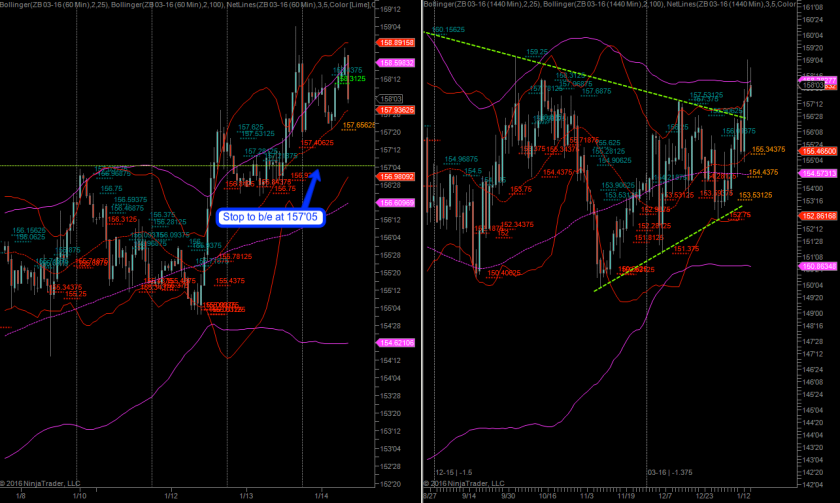 Update on our bonds campaign: So far so good but it now has to pick up momentum. My stop has been advanced to the break/even spot. This could turn into a smashing LT campaign and even if we get stopped out I am pretty confident that we’ll see another long opportunity again.