The Worst Market For Retail Traders 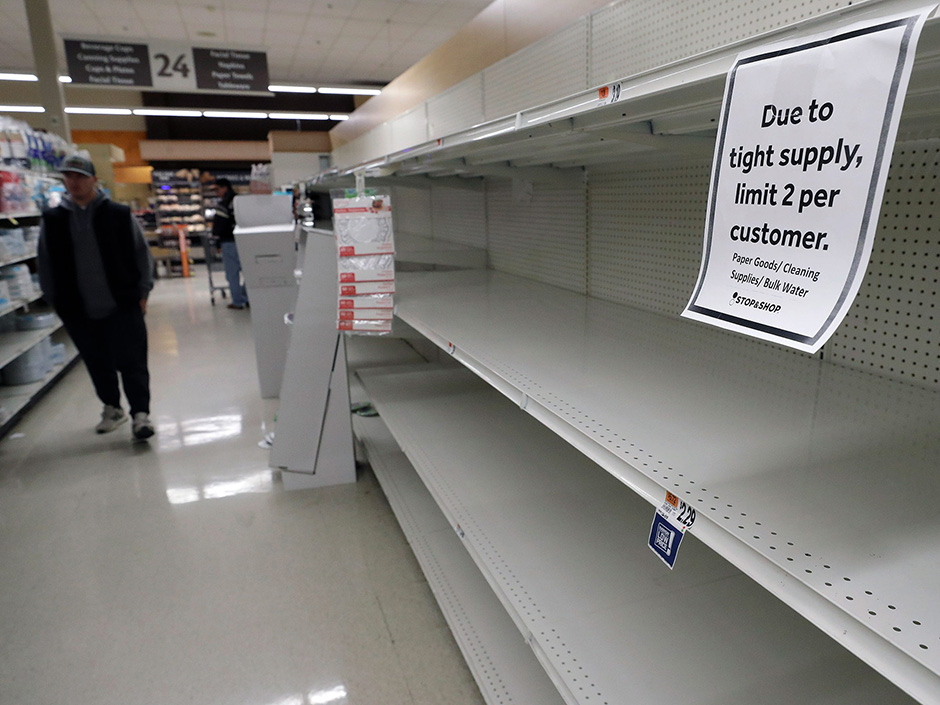 Why is that? A simple question deserves a simple answer: The majority of retail traders are not in the game to make money on a consistent and long term basis. Instead they are in it for the thrill and for the excitement.

Which sounds completely ludicrous at first but starts to make sense once you start following forums and blogs frequented by retail traders. I should know because I’ve run one for going on 13 years now.

Case in point: how much joy and jubilation have you seen in the face of an equities market that effectively has doubled in the span of one single year?

Exactly right. Nothing. Retail seems to completely despise this bull market. While there may be social and political aspects that play some part in all this there is one timeless constant that lies at its core:

On an every day basis trading as a business is boring as hell and to make matters even worse: it is a lot of work!

What sounds a lot more exciting is the prospect of a raging bear market which carries the premise of being able to make small fortunes in a short amount of time whilst at the same time sticking it to ‘the man’.

That’s all fine and dandy but there’s a big problem with approaching the market with this type of mindset: Bear markets happen very rarely – in fact they occur in less than 11% of the time.

Quite a sobering thought if you’re one of those perma-bears. 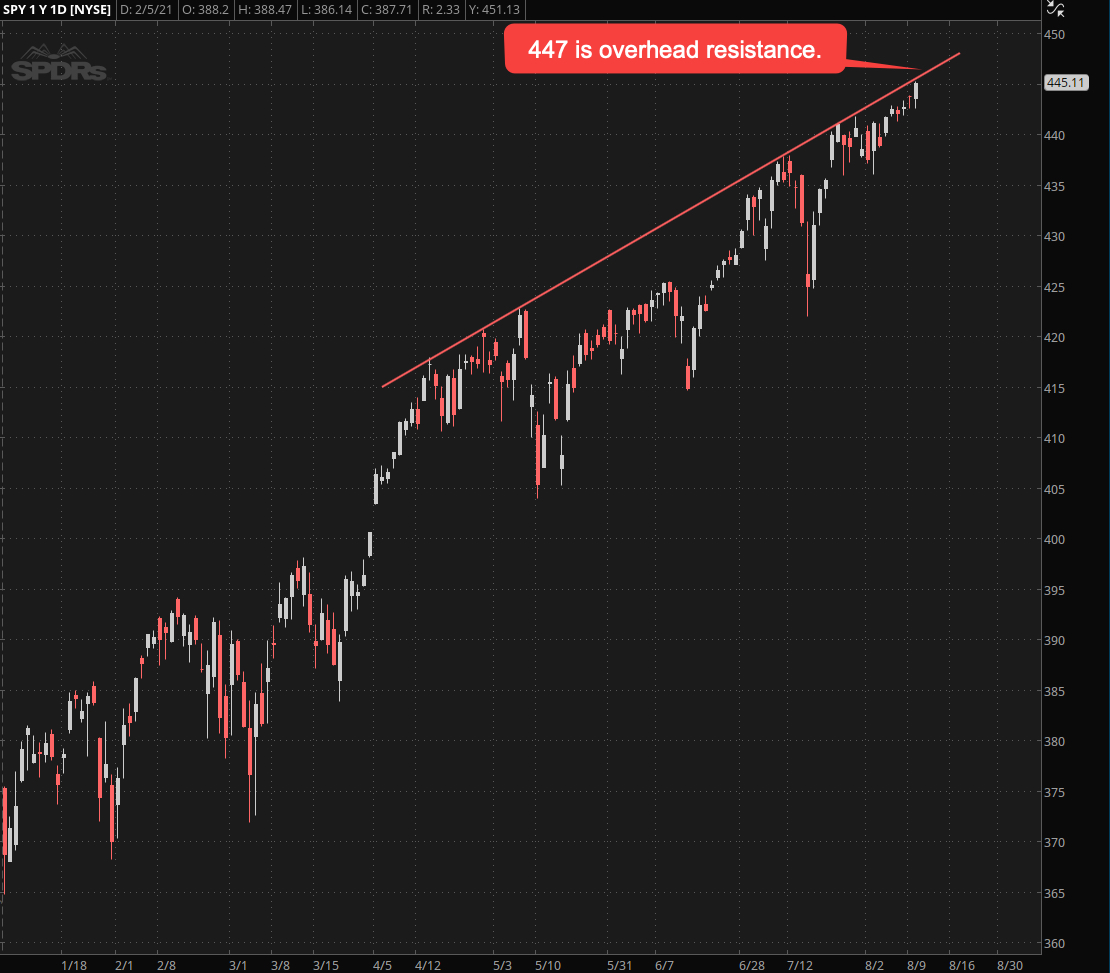 So it’s crucial that you abandon all directional bias and focus on the market that’s right in front of you, and not keep looking or hoping for the market you would like to be trading.

The chart above shows me a clear low volatility bull market cycle. The most boring but in my opinion the most dangerous of all.

Seriously gag me with a spoon. What’s wrong with simply betting on long while the market very clearly and easily observably continues to run to the upside? Unimpeded and aided by every political and financial faction I may add. 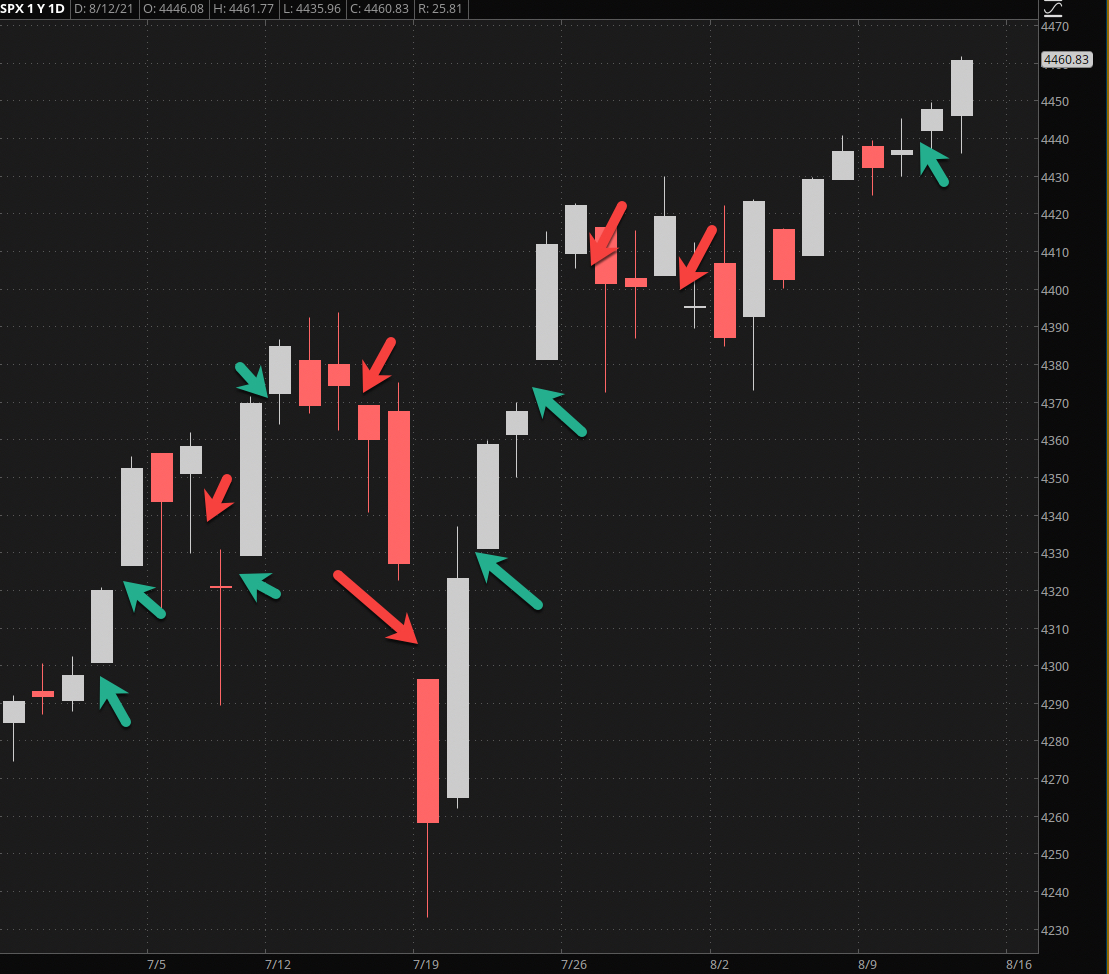 If you’ve bought my Price Action Masterclass then you ought to be able to interpret the price action on the SPX shown above.

All those opening gaps paint a very clear picture, especially the one that occurred at the top end of a sideways corrective range, which we just abandoned. 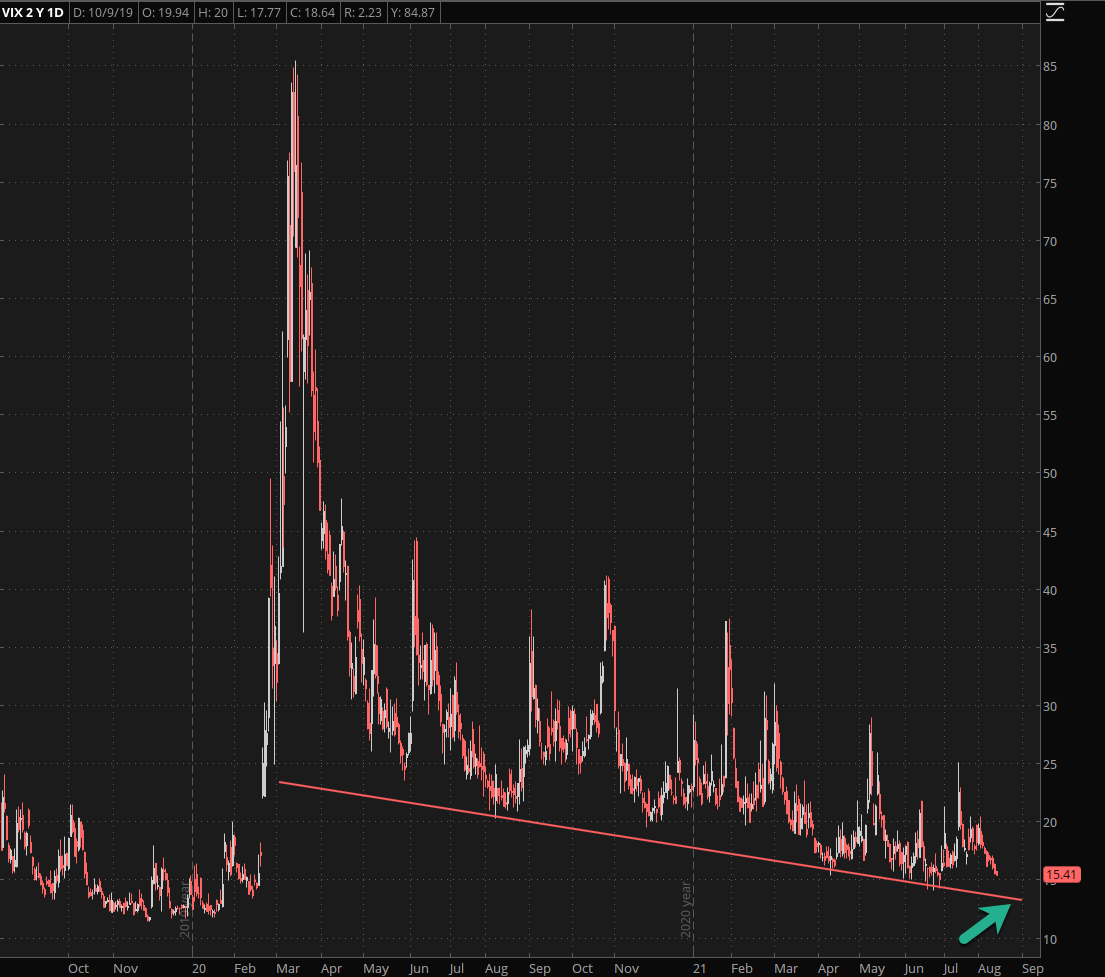 After a brief summer scare the VIX is now reverting back to its established baseline which is shown in the chart above.

Now there’s something very peculiar about this price action. And although it has not affected the direction of the market it has completely changed its inherent nature, and that’s extremely important especially as an options trader: