The Worst Month Of The Worst Decade 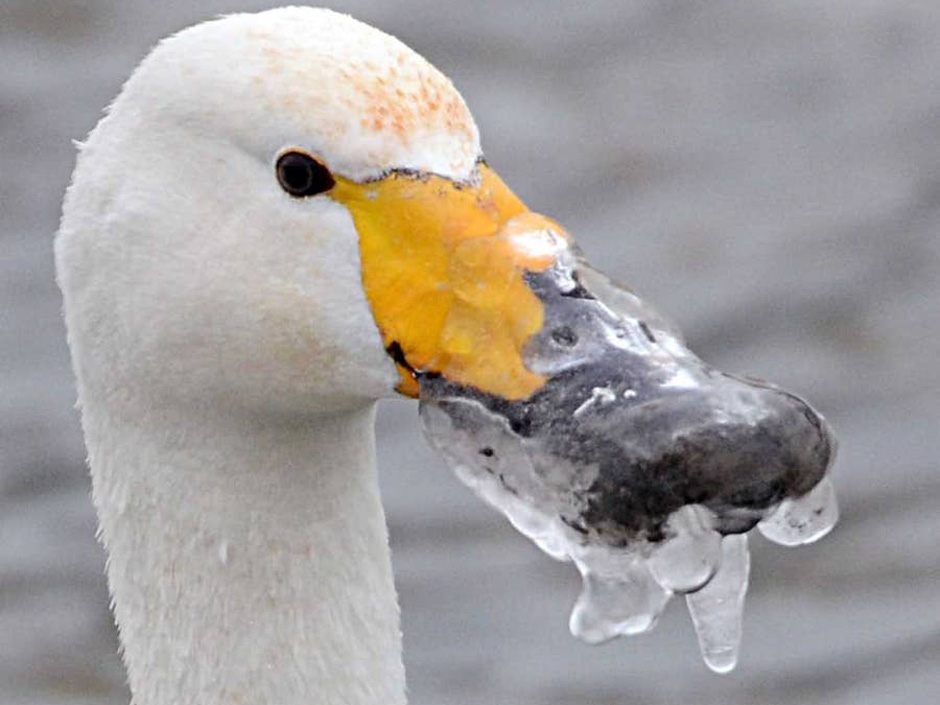 Clickbaity enough for you? I think we all can agree that February is bad enough even during regular non-epidemic years. Let’s start with the spelling which makes no sense whatsoever and is impossible to pronounce as a foreigner no matter how long you practice. Ask your Chinese friend. The weather sucks and there are no holidays or vacations to soften the blow. Valentine’s Day is depressing no matter what your relationship status may be. Too much negativity? Wait there’s more, I’m just getting warmed up.

Most likely you already failed at the New Year’s resolutions you committed to a little over a month ago. The occasional mild day may tease you into thinking that spring is just around the corner when BAMM! another arctic cold front descends and freeze-dries your pet in mid motion. Nevertheless there’s no snow on the ground and when it rains the water freezes overnight which is why you drove your car in a ditch this morning.

February is the only month that can’t make up its mind about how many days it actually should have. Three years it’s got 28 and then it flips to 29 just to mix things up. Not that I’m complaining about a short month. After all the only good thing about February  is that it’s followed by March.

Oh and did I mention peak flu season? Coughing and sneezing people everywhere – and that’s in a good year! This time around it’s been replaced by a worldwide coronavirus epidemic that over the course of a single year managed to wipe out small business as we know it whilst triggering the biggest wealth transfer the world has ever witnessed. 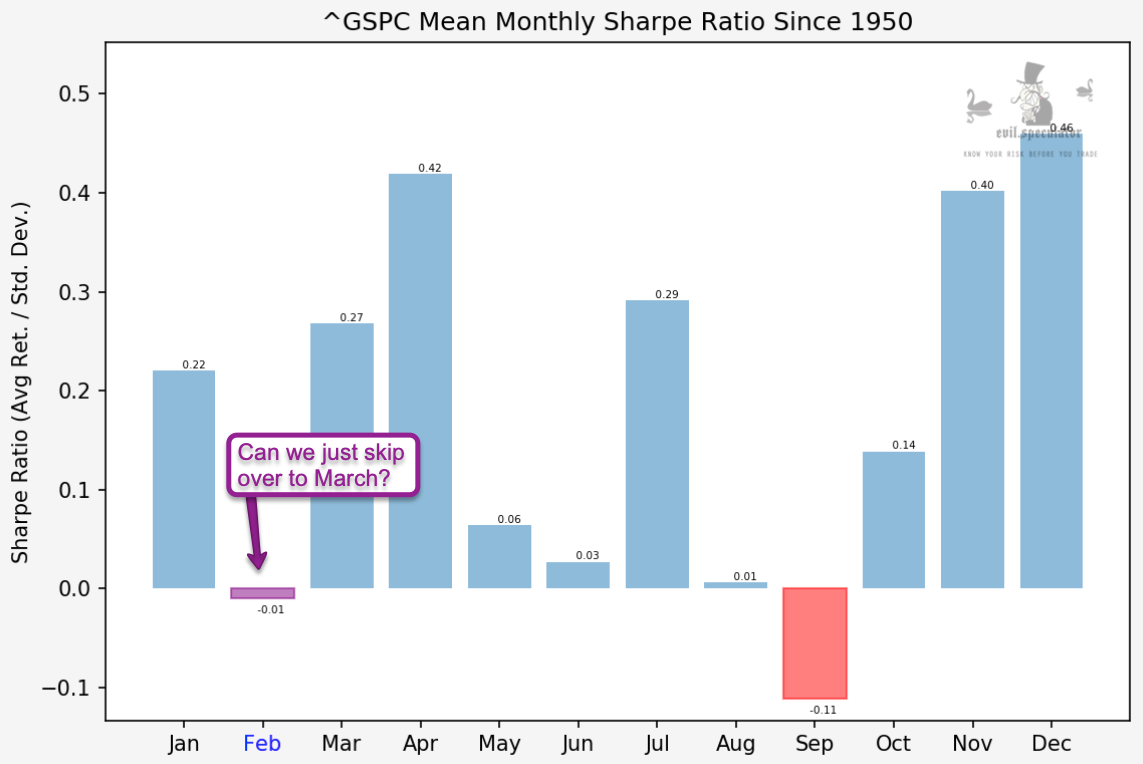 Which of course brings us to the financial markets. Guess what – the market hates February as well and just wishes it could just skip over to March. A Sharpe ratio of -0.01 basically is a complete flatline. 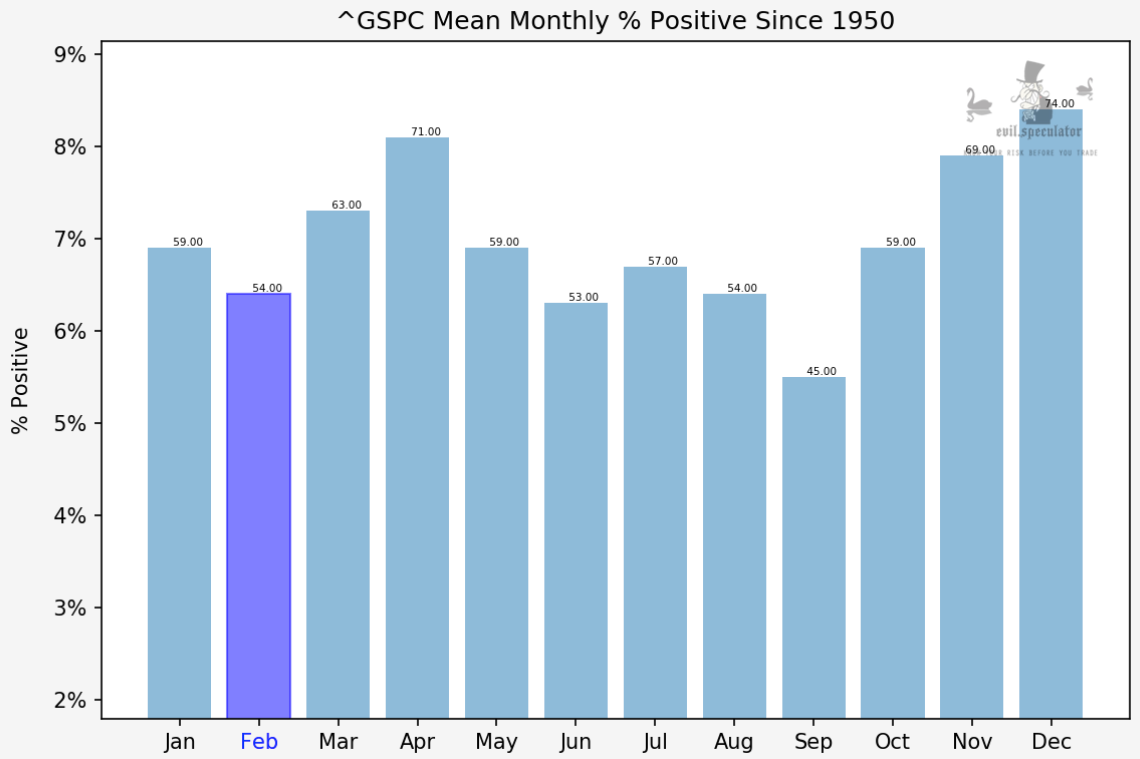 Mean percent positive stands at 54%, a wee bit better than a coin flip and admittedly better than June or September. Talking about bad company though from a trading perspective! 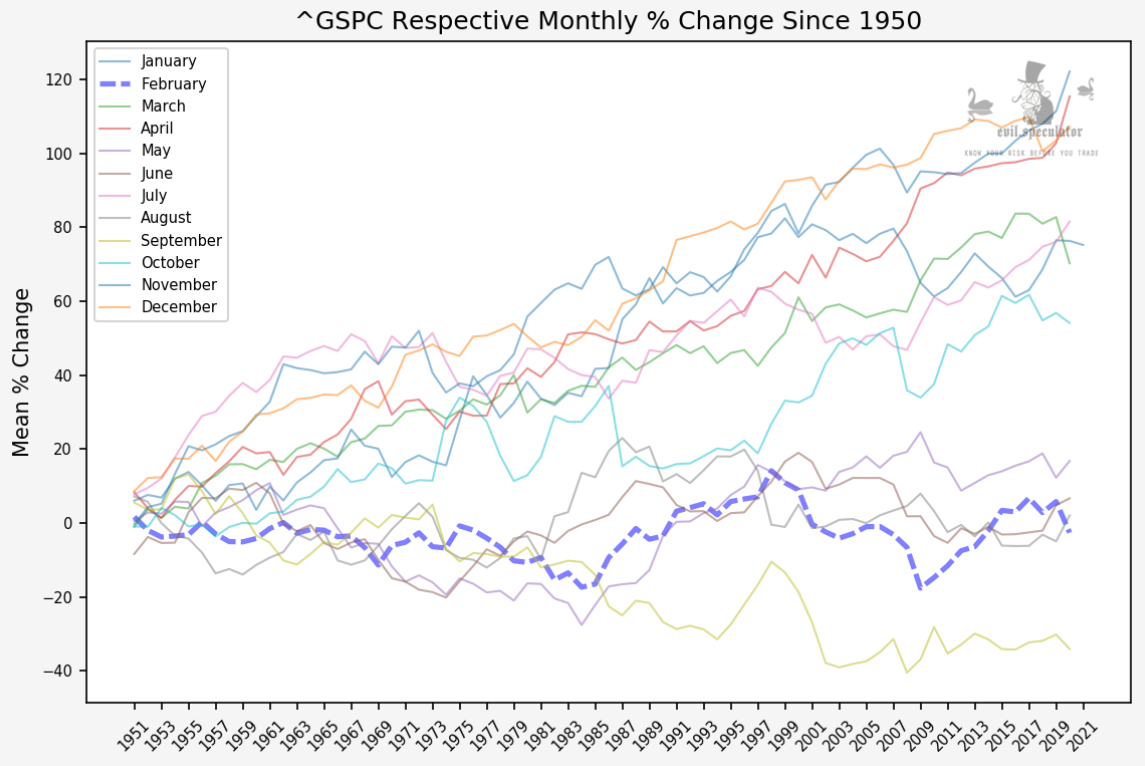 This graph really shows you all you need to know about February in a nutshell. There were a few positive years during the Reagan years and after Greenspan opened the floodgates, but on average it’s as flat as a flounder.