The Worst Of Them All 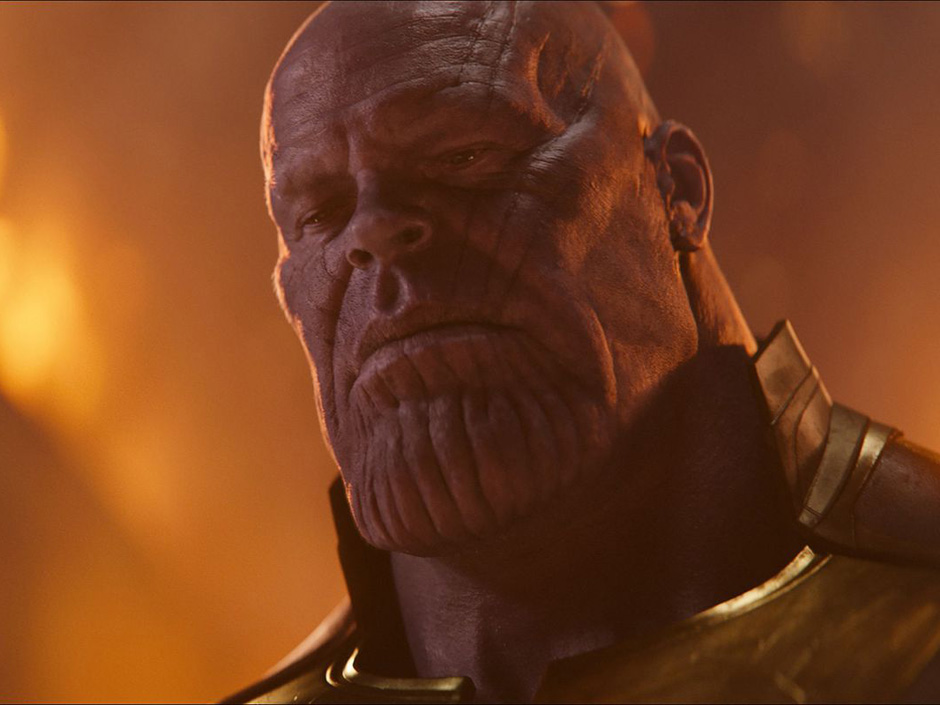 Alright, I’m not going to sugar-coat it for you – it’s probably going to get a lot worse before it gets any better. Statistically speaking we are now heading into significant tail risk until late September into early October. Implied volatility in the option chains is imposing a considerable premium in expirations over the next 10 days in particular.

Today alone the market expects a 30 handle move in either direction with no clear trend in sight as we are now at the peak of the summer vacation season and participation has dropped to its seasonal lows. 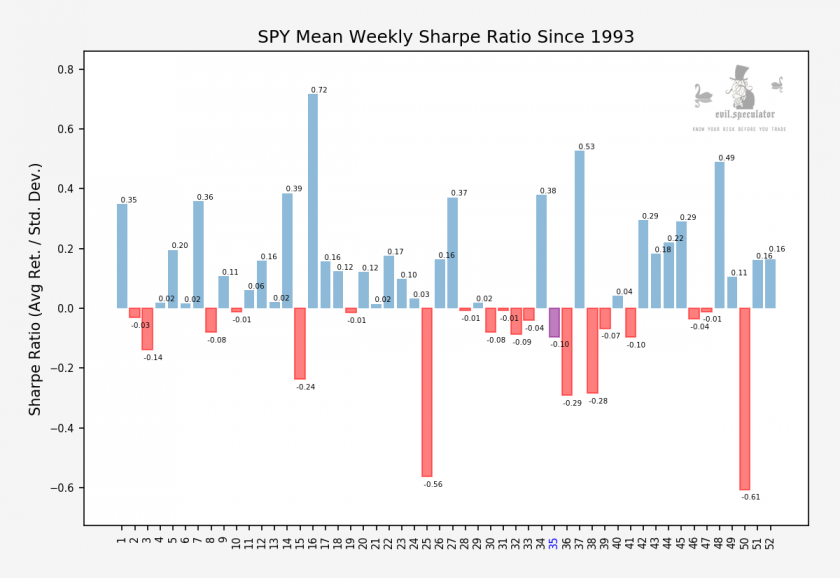 The Sharpe ratio on the Spiders have us in a statistical sea of red highlighted however by the second most bullish week of the year after everyone’s back from vacation. Something to look forward to if you’re long equities. 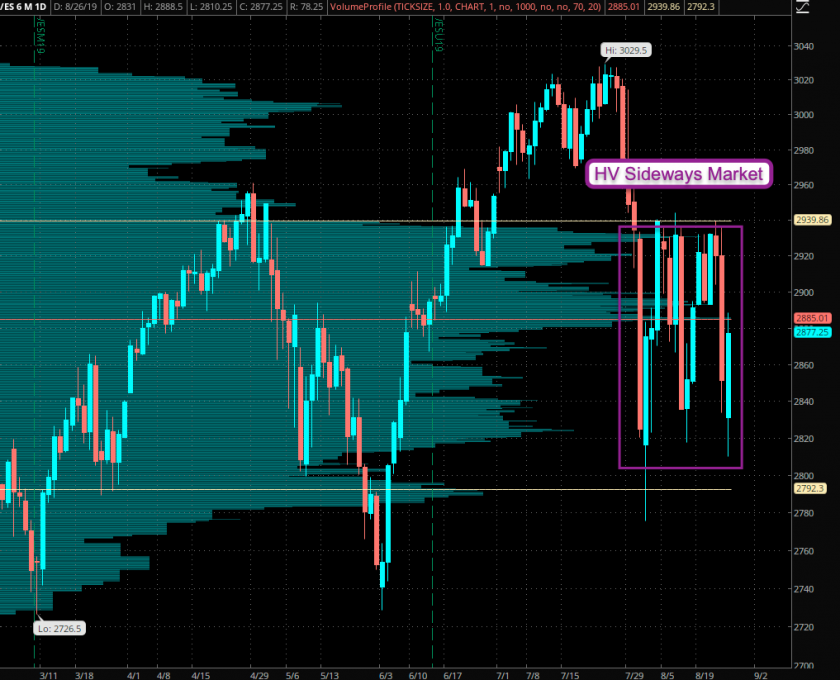 What you are looking at above strongly suggest that we are in the worst market type of them all: A high volatility sideways market. The majority of retail traders get punished in exactly these types of conditions as they are lured into chasing large moves and then end up reversing at the worst possible time.

I’m not saying it’s impossible to be profitable here by playing the swings, but you better know what you are doing and your timing better be spot on. If in doubt deploy half your usual position size and increase your stops by at least 50%.

If you’re trading options DO NOT – I repeat – DO NOT be long naked calls as potential vega crush will stomp on your premiums.

In a HV sideways range like this In/Out spreads (long 1 strike ITM and short 1 strike OTM) on the Spiders can work extremely well. You’re risking 1 to make 1 in theory and about 0.65 reality, but your odds are considerably better than in a LV sideways market if you give it sufficient time, i.e. one week to 10 days.

Do not underestimate the potential of large moves and sudden changes in direction. Especially since institutional bots have a habit of swinging into action as hedge ranges are being threatened.

To that end take a look at how DVOL kicked into overdrive on Friday morning as a key threshold seemed to be in danger of being attacked. 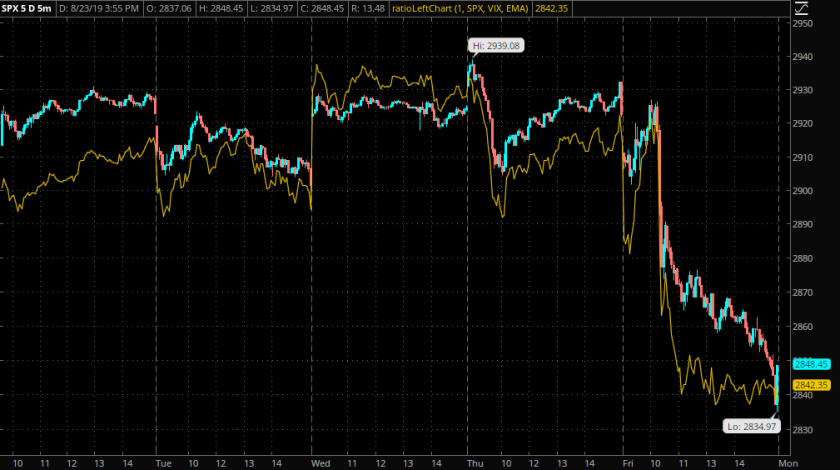 The SPX:VIX ratio was strongly leading the cash lower on Friday – quite a few stops got whacked during that session as the prior formation at that time looked like a bullish break out pattern. Until it didn’t and any long positions got smashed into smithereens.

A few more considerations about this week’s seasonal statistics below the fold:

p;
About The Author