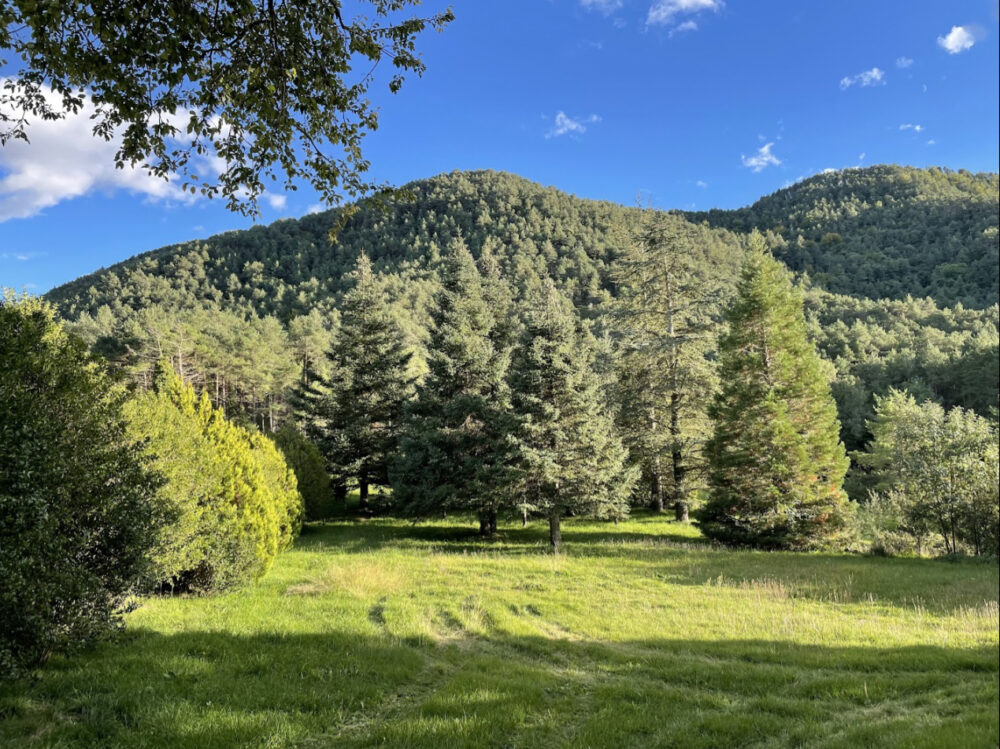 Something strange happened this morning right after I awoke from my slumber. I opened the window to let in some early morning sunshine and immediately noticed that there was absolutely nothing. As in no traffic noise, no lawn mowers, no weed blowers, no machines humming away in the distance, no planes crossing the sky, basically no human activity whatsoever. Just complete silence.

Even the birds and bees seemed to be sleeping in today as I didn’t hear any chirping or the buzzing of insects.

And right then the single thought that entered my mind was that we had finally arrived. After years of planning and preparation, after looking at literally dozens of properties over the course of the past year our long quest to find our own little alpine paradise had finally come to an end.

Well almost, we still have dozens more boxes to unfold plus the place requires extensive repairs and upgrades as the prior inhabitants had completely neglected it. 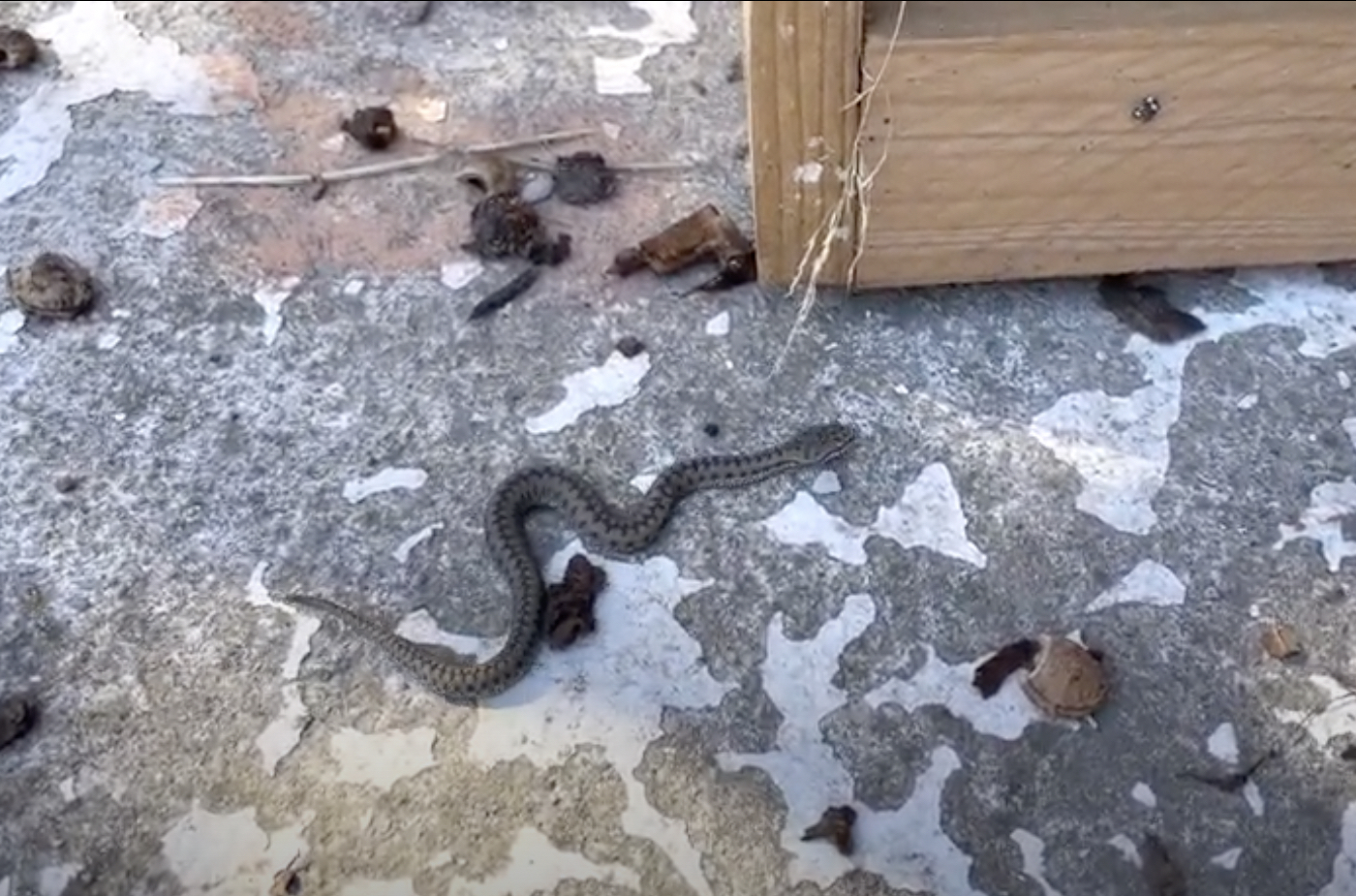 Here’s a new friend I made yesterday while I was clearing out a storage shed out in the back. It wasn’t very long, only about 1 foot (30cm) plus/minus but I was told by a local that it’s one of the few poisonous vipers that thrive in the area.

I was advised to immediately head to a hospital if one of those suckers ever bit me. Suffice it to say I won’t be running around barefoot in my backyard anytime soon.

So on a Sunday I often think about the big picture – of where the markets, the economy, and my life are going.

For the last decade central banks have used low interest rates to suppress volatility in order to keep things stable after the global financial crisis.

To be clear, what I mean by high volatility is SHOCKS to the economic system.

No that wasn’t a typo, I follow the German news very closely and what’s unfolding over there is a complete train wreck.

So let’s talk about trends.

You need to understand them if you want to build wealth in the next decade.

Because make no mistake, the vast majority of investors will be getting screwed with no lube. (not you, because I got your back)

It’s important to understand trends because buying things that rapidly go up in price is the way you make big money in this game.

What letter comes next?

Can you figure it out?

What’s important is the tension you feel when you are trying to figure it out.

Now when you realize the answer is…

It all seems a bit stupid then, right?

Like how could you not figure that one out?

How could everyone not notice?

Consider the trends of the last 20 years…

What really caused them?

Let’s take it from the top:

Demographics – After WW2 people had babies at an unprecedented rate.

Those babies grew up and had their prime working years, increasing GDP.

This made borrowing more money (as nations and individuals) cheaper and cheaper, which led to increased asset prices in everything.

Globalization – With the NAFTA agreement (exporting manufacturing to Mexico) and allowing China into the World Trade Organization corporations were able to offshore manufacturing to places with cheaper labor.

This was a HUGE boost to corporate profit, and none of it had to be shared with workers in 3rd world countries. 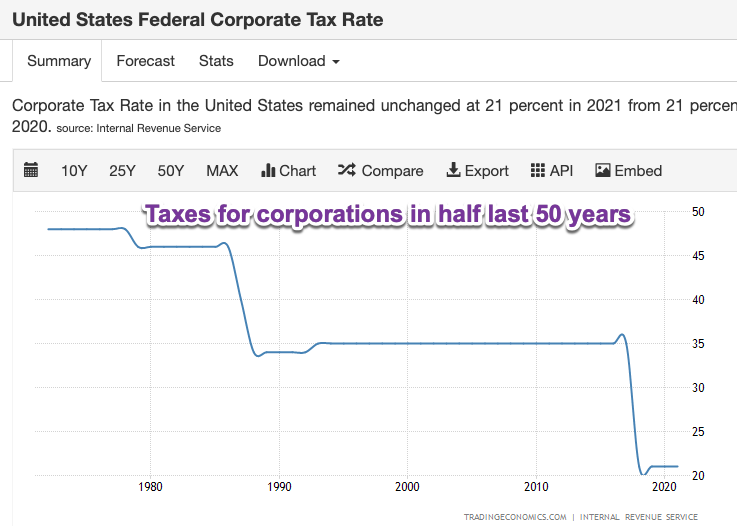 Taxation Rates – Have been consistently lowered as corporations bought off politicians and rigged the game with lower and lower taxes.

Instead of funding government obligations with taxes the USA in particular has borrowed endlessly, abusing the never-run-out credit card of being the world’s reserve currency.

Now consider that every single one of these mega trends driving wealth up for the last 50 years are not only paused, but in full reverse. 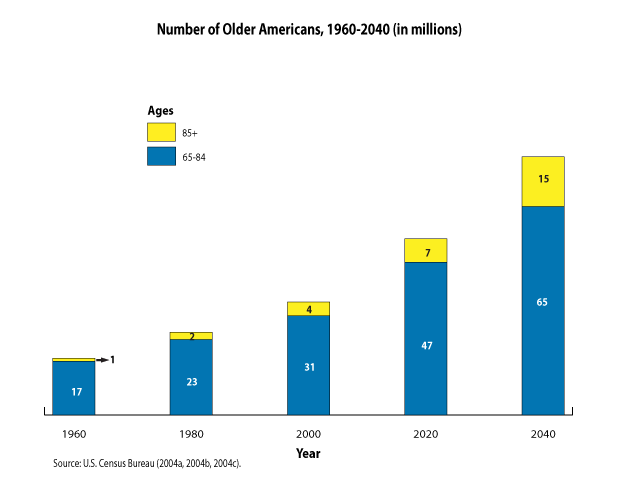 Demographics are terrible for both USA and China.

This has a double whammy of fewer working age people paying taxes and more older people living longer who need to be taken care of at great expense.

Interest rates have gone to 30 year highs within the last 6 months, and show no signs of stopping.

People have short memories, but the long term average mortgage rate is around 8%

Corporate taxes will have to be raised at some point, since high interest rates mean that issuing bonds is tremendously costly now, when it was nearly free a year ago.

Most of the productivity gains of the last 20 years will not just evaporate but will have to be paid back.

When you consider all of this… does the stock market look cheap yet?

Now go back to my example

And thus the downtrends to continue.

But the moment it becomes obvious that – holy crap – we were just in an abnormally lucky period of global history… that’s now unraveling quickly.

The end of an era if you will.

So where does that leave you and I?

Well, don’t you worry about me, I’m all set.

22R and counting baby. I have rarely if ever seen an equity curve like that.

If you’d like to get on board our next generation volatility target/trend following system the only way currently is to join the Crypto Salary System and get it for free.

This is pretty sweet because the two systems in combination are incredibly effective.

Once you are ready to get serious about this stuff… apply here.