For months now we have been watching equities flail around sideways, plotting increasingly spasmodic gyrations which have tested the patience of even the most battle hardened veterans. The recent series of gaps and overnight price jumps have only added to our growing list of evidence suggesting that we are witnessing an increasingly unhinged market. Adjusting to and surviving unscathed in such market conditions has been no easy task but I can truly say that we have negotiated some of the most challenging tape in years like bosses. 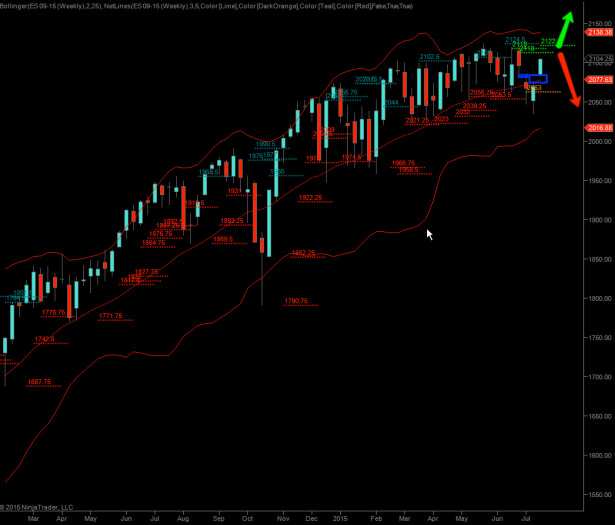 But now the time of reckoning approaches and I want you all to take a deep breath, lean back, and detach yourself from daily chaos that has thrown your feeble minds into recurring tailspins. We are going to look at some weekly charts because it is there where some real magic is going to happen in the coming days. Let’s start with the S&P E-Mini futures.

First thing that stands out is that we haven’t really gone anywhere since late last year. I’ve covered that topic to exhaustion and will not waste our time on regurgitating this again. Volatility has been out of control and the current VIX reading of 13.37 is a big joke. One I plan to exploit to the max however. Look at that stack of weekly Net-Line Buy Levels which starts at ES 2113 and ends at ES 2122 – we also have one at ES 2118.

This is where the boys are going to separate from the men. Meaning – if we get anywhere near that I plan to accumulate a nice collection of front month lottery tickets (a.k.a. OTM puts). They are not going to cost me much and I will expect to lose all the premium. However at the off chance that the bulls drop the ball there – which I estimate at around 20% – 30% – they are going to print ‘una burrada de dinero’ as they say over here in Spain. 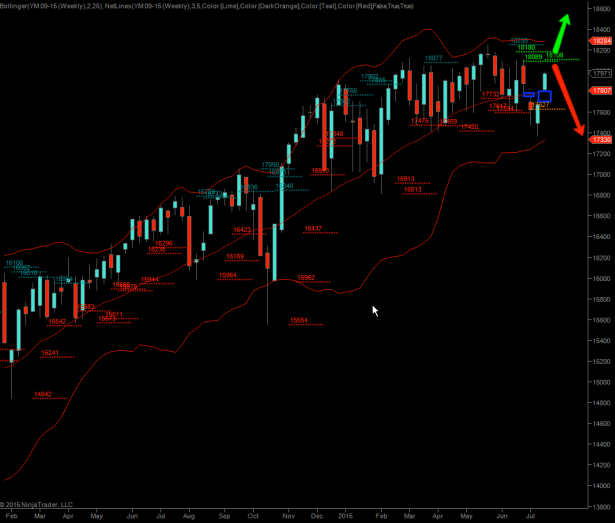 So yes, we are talking lottery tickets. Here’s the same view on the YM – the range between the Net-Lines on that one is actually a bit more narrow starting at 18089 into 18180 – barely 100 YM handles. 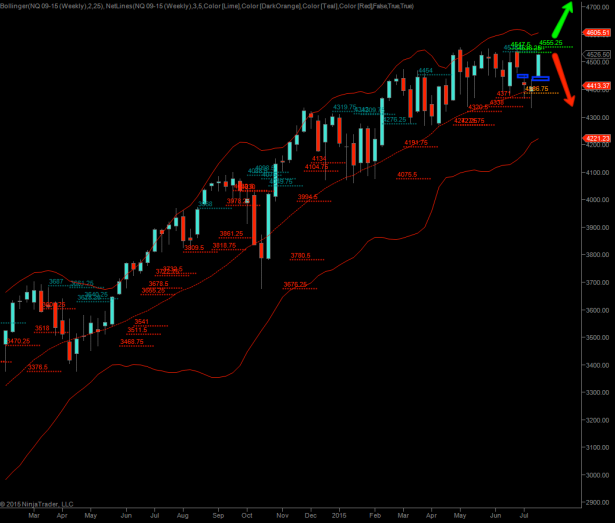 Finally the NQ – here we are almost there which is why it probably should be our canary in the coal-mine.

But seriously – watch the NQ and note what it does as it’s starting to bump into those Net-Lines starting at NQ 4536. If it happily pushes higher then we should hold off and perhaps wait for new instructions. If it stumbles and encounters resistance then we may have a shot at exploiting what I would consider the fattest chance for the bears in a long long time. 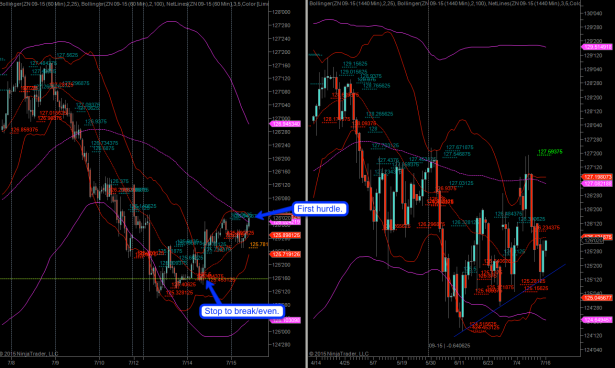 ZN Update – it’s looking good so far and I’ve moved my stop to break/even. And so should you! I’m holding this for a potential run higher on the daily – which makes this a daily campaign now. 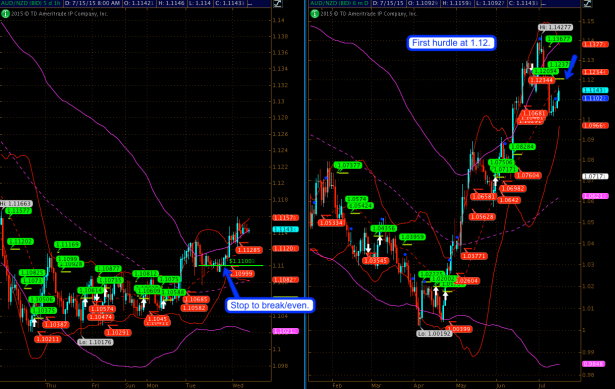 Same idea on the AUD/NZD – another good entry yesterday and thus far it’s playing ball. First hurdle ahead will be 1.2 – if it pushes above it we may be able to enjoy another short squeeze.

A few more goodies for my intrepid subs below the fold:

A bit of event risk today – try to be out of CAD related pairs after the NYSE open. We also nave some Kiwi tremors after the close.

Now have fun but keep it frosty.