There Be No Butter In Hell

The pendulum of market sentiment continues to swing from one side to the other, inflicting maximum pain on market participants. Not getting chopped to pieces in between is most likely beyond the capabilities of the average retail trader. So if you are participating here and are not getting killed then you are either very good or you are following Evil Speculator. Just kidding, but hey – I’ve had my moments in the sun lately. 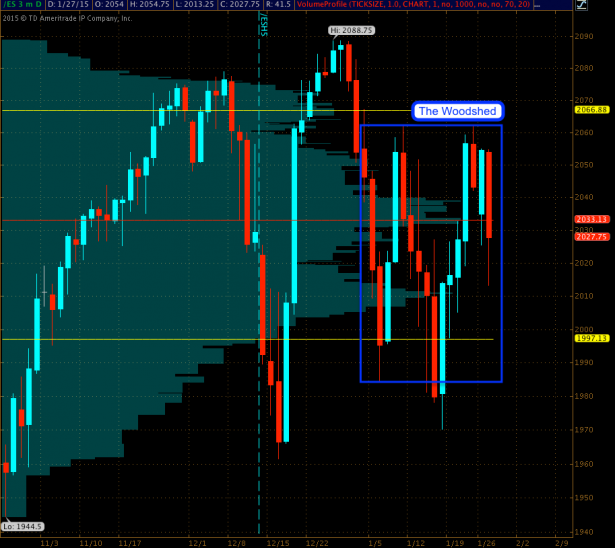 So as usual let me break it down for you guys. In a nutshell we are still stuck in the woodshed which spans between ES 2000 and 2060. Any gyrations between only feed prop desks and HFTs bent on squeezing the every last penny out of all this juicy volatility, indiscriminately burning shorts and longs on both sides of the spectrum. 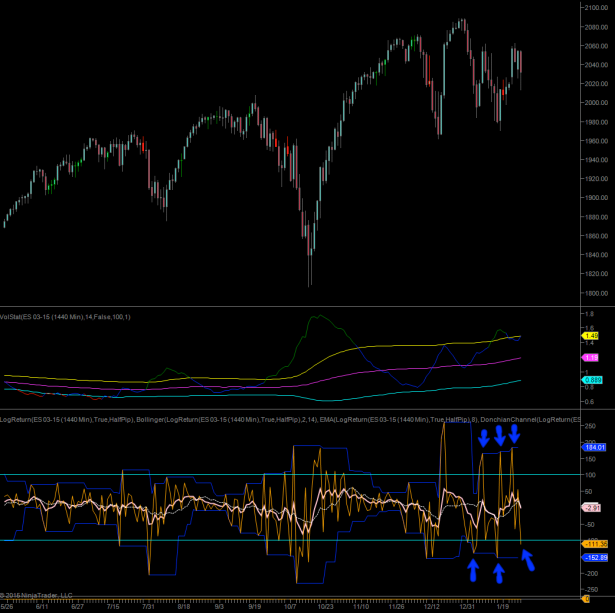 You remember this chart which I posted a day or two ago: Clearly volatility is swinging wildly on both ends but what’s missing are the in-between signals which would allow either bears or bulls to dig in and paint more than a few candles in one direction. You get a fierce spike up or down and then everyone walks away for a day or two. Judging by what we’ve seen on the Zero indicator most of the participation actually happens near the extremes of the current range and during sideways sessions, suggesting accumulation and distribution and thus boat loads of monkey business looming ahead.

Even when we get three or four successive candles in a row they show large ranges and high levels of intra-day volatility (i.e. long wicks) which also serve to run stops and again shake out weak hands. In essence it’s one big nasty woodshed and only the paranoid survive. So join the club! 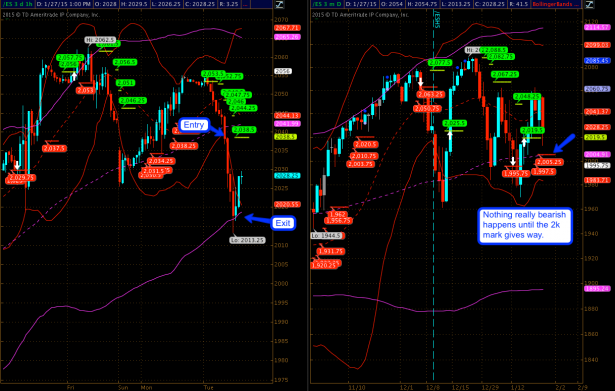 I cut my short positions this morning a little after the lower BB was being touched and not retested. But I suspect we are probably going to climb a bit more before the session is over. I’m still long the NQ – miraculously this Thor campaign survived by just a few ticks. So the ES short this morning helped sooth the pain quite effectively.

But in the end always remember – there be no butter in hell!

Bottom Line: Expect volatility – that’s pretty much all you can rely on right now. I suggest you get positioned inversely near either the ES 2k mark or near 2060 (or play the NQ if you like which is almost identical). Nothing really bearish happens until the 2k mark gives way and nothing bullish happens until 2060 is breached. In between it’s anyone’s guess. Oh, and don’t follow your own bias or emotions – this is not the type of tape that favors human reasoning. 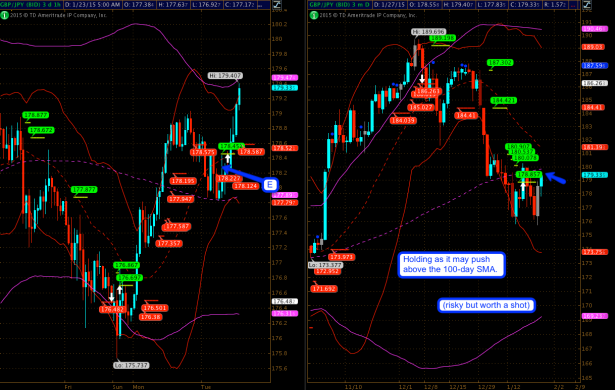 GBP/JPY update – it’s one of today’s morning setup that played out very well. I’m holding on to this one in anticipation of a push higher – perhaps we can turn it into a daily campaign. FYI – this is a very risky move as this formation could easily turn into a last kiss goodbye (LKGB) and fall off the plate. So it’s permissible here to take partial profits and walk away – the upside resistance is pretty considerable. 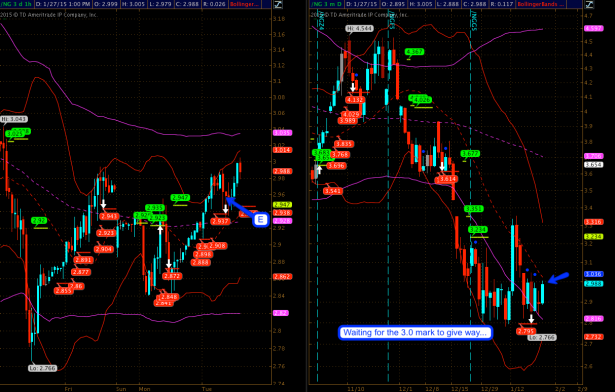 Natgas – very rarely do we catch such a smooth entry on this beast – Mrs. Market must be giving us a break today. Same game here – it’s really at a daily inflection point and if it can make it above the 3.0 mark then it’ll burn the shorts medieval style. Odds are pretty low this will happen – but the payoff would be oh so great 😉