Three For The Night

12:36pm EDT: Before I turn into a pumpkin I’ve got three charts I’d like you guys to see tomorrow’s morning. The first one was sent to me by a little mouse going by the name of Keirsten, who actually swiped it from a friend – so this is one of those ‘friend of a friend’s charts’ 😉 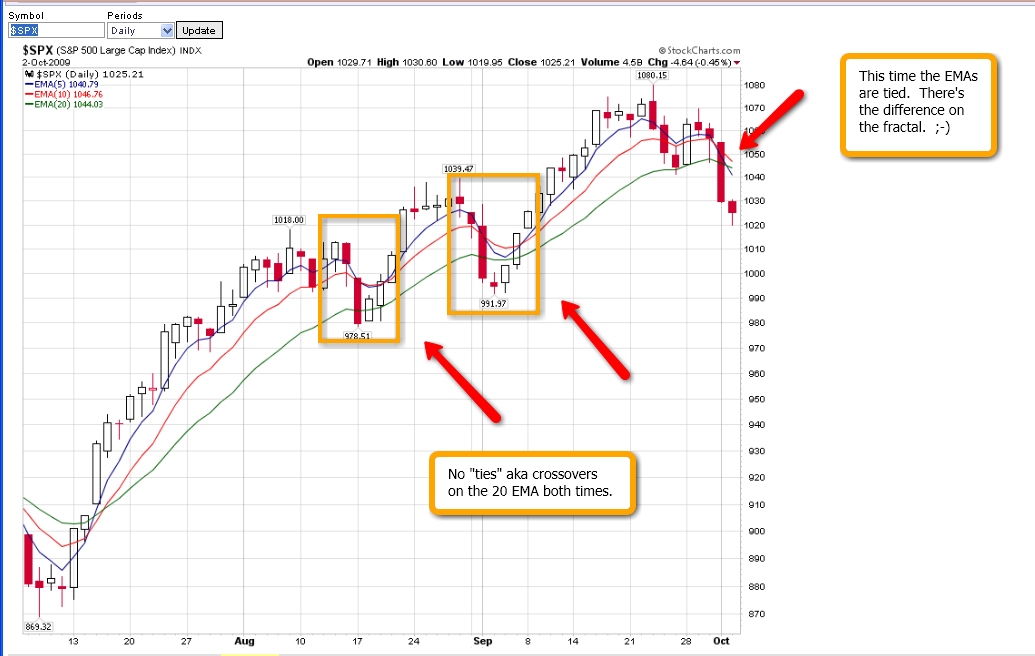 It’s basically a response to that daily Zero fractal chart (see previous post) I have been freaking everyone out with over the weekend (I love to do that). As you can see supposedly the difference to August and September is that this time around the three MAs are painting a ‘bow tie’ (don’t ask). Personally, I’m not big on MAs but hey – after seven months of Chinese water torture I’m willing to embrace astrology and hedonism if it makes the market drop. Wait – too late for hedonism… 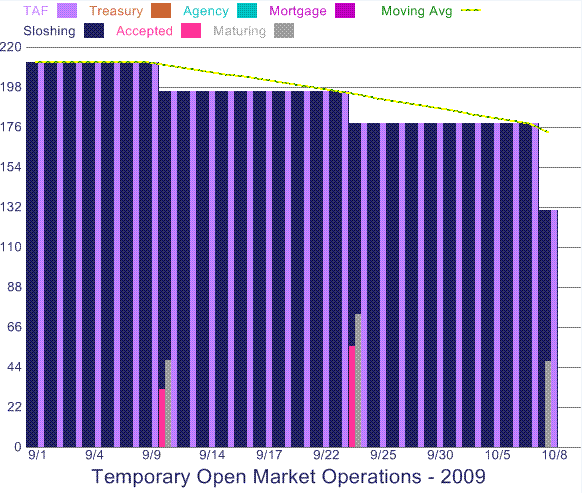 The second chart is one I have been posting occasionally for the past few months. The Feds continue to drain the liquidity swamp, which might also be the underlying reason why this rally is slowly running out of steam – at least if there is a drop of credibility left in my sentiment/momentum indicators.

But the draining didn’t just begin a month ago – this is a longer term perspective of the slosh chart starting at the beginning of 2009. As you can gather, we’ve gone from close to $500 Billion in circulation to  less than $200 Billion. Also note how the peak coincides with the beginning of Primary wave {2} in equities. Coincidence? I think not. 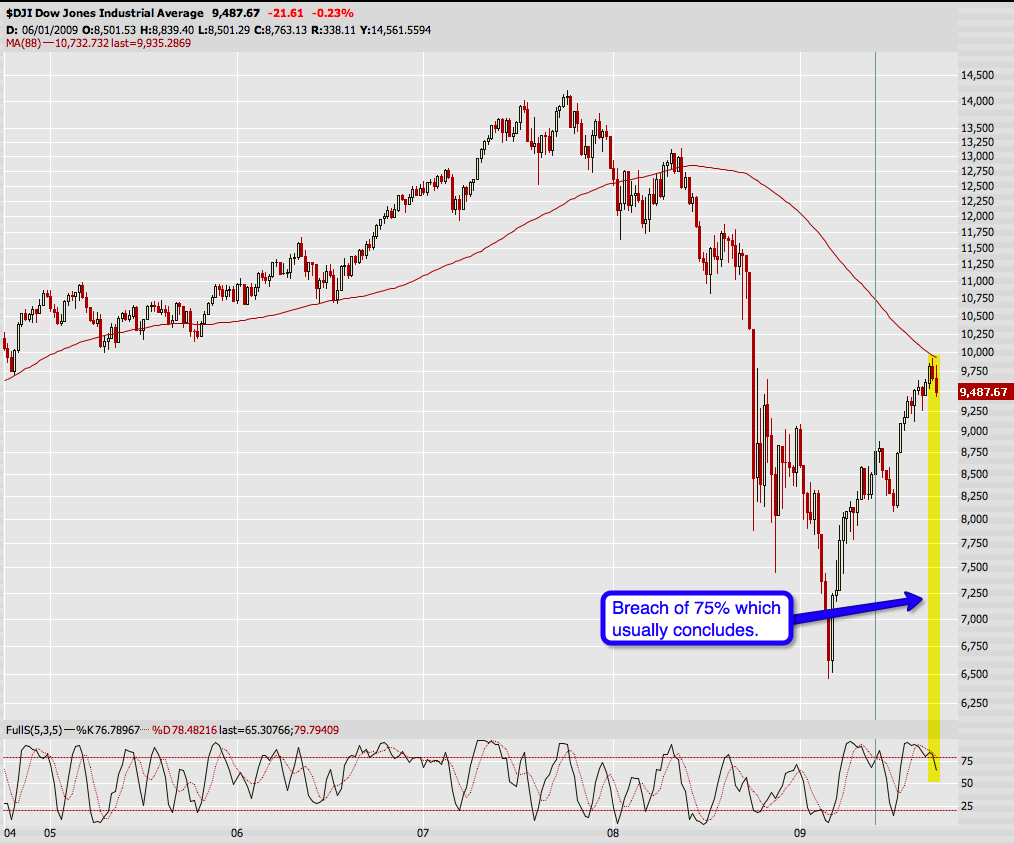 The last one for tonight. Yes, it finally happened – after some hemming and hawing the weekly stochastic  punched through the 75% mark. Usually when it does it continues downward to at least touch the 25% mark – but note that sometimes it turns around right about now and busts higher. What we want to see is for the 50% mark to be breached, which would be a good indication that the 25% mark might follow.

But wait Mole – that was four charts – you said you’d post only three! That’s right – I lied – I’m evil after all.

See you on the side.