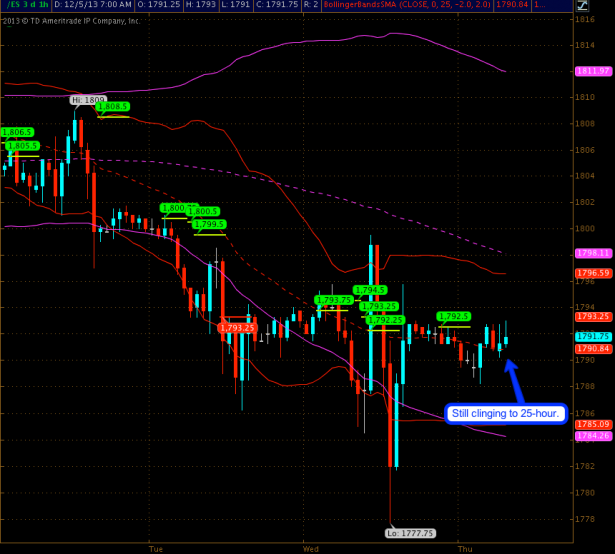 At the danger of pointing out the blatantly obvious: The tape in equities turned into a royal mess during yesterday’s mad monk rollercoaster and from a charting perspective I’m a bit in limbo here. Not much to hang our hats on at least from a short term perspective. So let’s just cover what we know and stick with that. 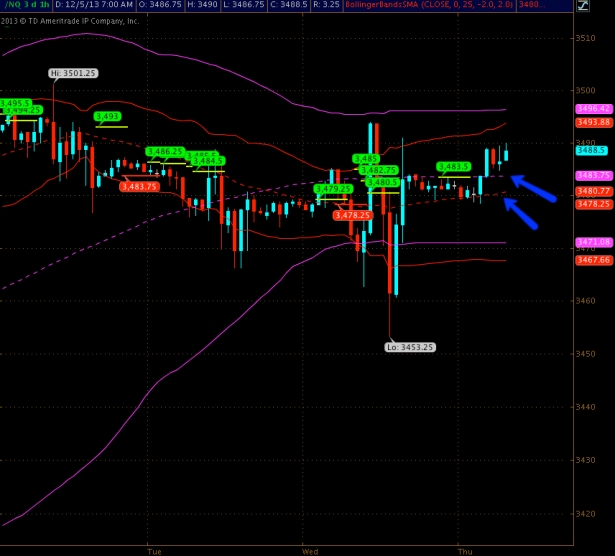 We observe the same pattern on the NQ – first the 25-hour served as resistance – until yesterday when some wild gyrations mixed things up. Since then the 25-hour appears to be acting as support and the recently more bullish NQ even managed to push above its 100-hour as of now. 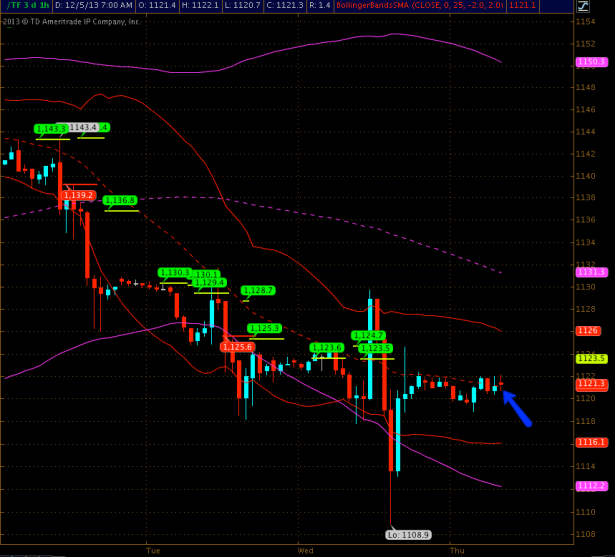 The TF (and YM – not shown today) are basically in the same boat. Except here the 25-hour continues to act as resistance – but it’s managed to stay close. Not to be biased to the bullish side but it is the bears who have to show some claws here, especially with daily support still waiting below.

This ought to give us enough to assess where we’re heading. If we see three out of four fall below their daily support levels then it’s reasonable to assume that we’re going to continue downward. Now play each index on its own merit but when it comes to deciding whether or not to ride it out lower (or higher) take this into consideration.

Quite a few whipsaw candidates on our event schedule today – be cautious around 8:30am EST if you’re trading the EUR or the USD.

Setups – I’ve got some very nice goodies today, especially on the Forex side: