Most market participants suffer from chronic recency bias in that they weigh recent data or experience more than earlier data or experience. In particular retail traders more often than not expect more of the same, which actually is correct most of the time. Except for when it matters the most. Come again? 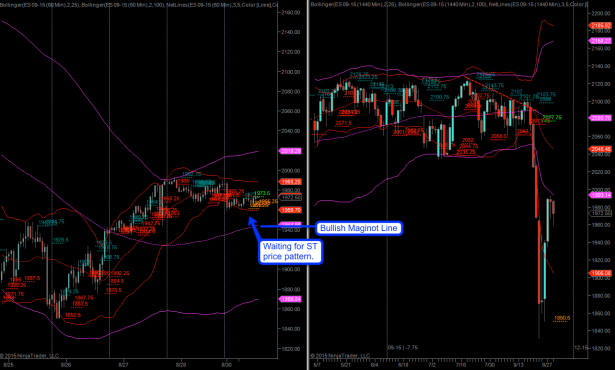 If you have come here for a while then you have seen me use the word ‘inflection point’ on various occasions. I use that term rather deliberately as it succinctly expresses a moment in time in which an equilibrium between potential outcomes can be shifted rapidly by comparatively small movements in price. Say again?

Back in my wave wanking days this is a typical situation I would refer to as the 1-2 conundrum. Meaning – do we push higher and then fall into our graves, or do we drop from here and then ramp higher and continue the long term bullish trend of the past few years. The implication of that would be that down actually would be short term bearish but long term bullish – whilst a move up would set up the bulls for an even bigger correction.

Since then I have come to accept that these are all valid scenarios but that there is quite a bit of a gray zone in between. And without boring you to tears let’s just jump to the conclusion which is that there is a myriad of ways this one could play out. But that is exactly the part we need to focus on. What matters the most right now is what happens in the coming days, starting today! If we push higher on quite a bit of participation (you are a Zero sub, right?) then the bulls have a good thing going and may be able to defend continued attempts to draw the tape down.

By the way, in case you are curious. I am still holding the remainder of my long positions as I have not seen the need to pull them (i.e. my trail has not been touched). I have however advanced it to near the bullish Maginot Line, which in my mind is near 1940. If that one goes then we probably correct quite a bit lower. 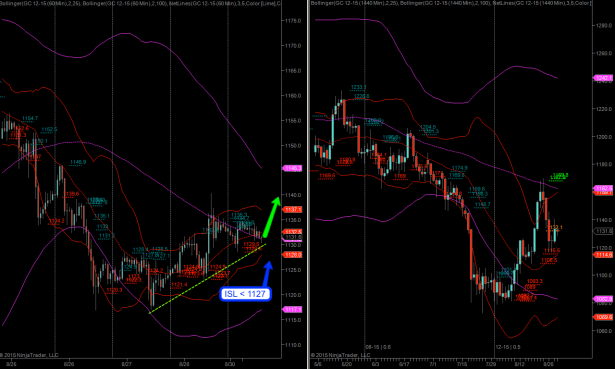 Gold is actually in a similar spot and I just took a small long position here with a stop below 1127. However it could easily resolve the other way and drop quite a bit lower. The price pattern allows for either scenario which often annoys traders. In my book however this is where the benefit to risk ratio is the largest – in that I can apply deterministic rules within a small price range whilst expecting increasingly larger price moves the further we advance from said price range (up or down).

The majority of people feel uncomfortable embracing uncertainty and perhaps a long time I was one of them. One day however I realized that this is where the real opportunities are and it is probably the one take away I am still thankful for having studied Elliot Wave Theory. However when it comes to predicting future price movements EWT is absolutely useless. There is simply no predicting future price movements – many people smarter than you have tried and all of them have failed. What you can predict however (sort of) is volatility – but that is a topic for another day 😉

Alright, quite a few setups waiting below the fold – please join me in the lair…

In case you guys need a good tune to get you in the spirit of things:

Alright, if nothing else this is what I need you to take away from this post.  Pay attention now and bank coin all the way into December/January. I mean it.