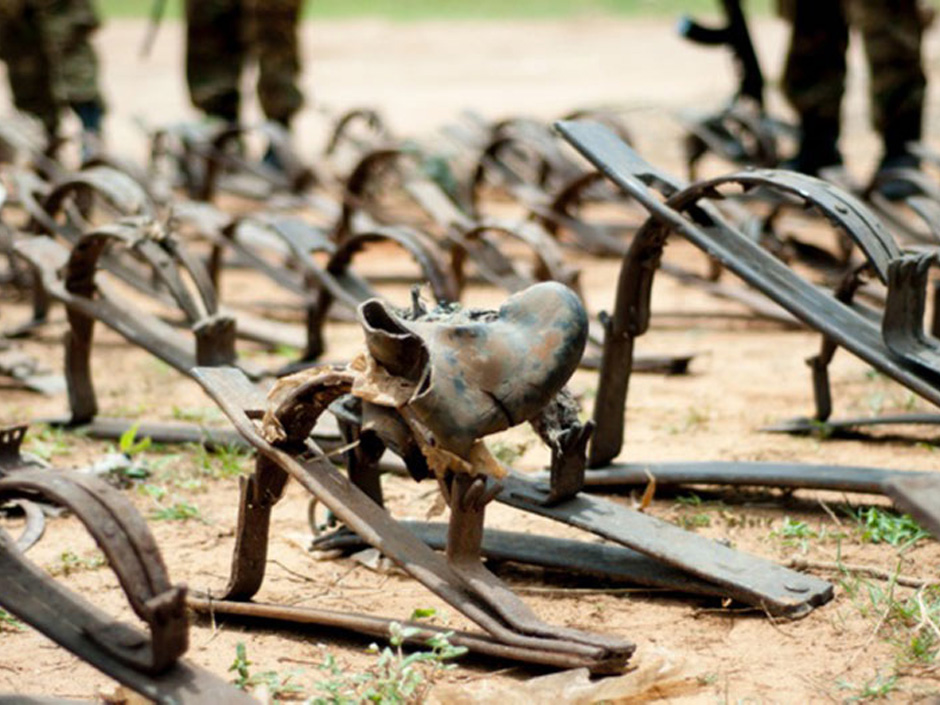 Bankwalker posted a pretty insightful comment yesterday, which summarized the morbid game that’s currently being played in equities: “Some people with very deep pockets used the very high leverage of index futures contracts during overnight hours when stocks weren’t trading to push down the market by manufacturing a false crisis based on an insignificant non-newsworthy event so they could buy cheaper from weak people that had unwarranted fear.” Well said and I couldn’t have put it any better.

Participants are often quick to jump on a spurious rationale that’s being spun by the financial media without questioning the underlying premise of the claims that are being made. Not that I am going to suggest trading against public perception which we all know does have the ability to move markets. But I do propose caution before blindly basing one’s trades on a false/fake paradigm that is obviously aimed at luring hapless traders into losing positions.

Case in point: the ongoing China trade deal saga, which as of late has riled equities into a hissy fit that has sidelined many participants in disgust as trading has become tantamount to betting on red or black at a Vegas roulette table.

May as well grab a flight there and at least be served watered down drinks with tiny umbrellas by scantily clad cuties pretending that I’m a stud. And the tales I’m being told are at least somewhat entertaining and maybe even ‘based on on a true story’.

I mean none of this China trade deal rationale makes any sense. Why would equities (or the Dollar) fall on the prospect of a failure of this trade deal in the first place? We’ve been bitch slapping China with import tariffs left and right since Trump took the helm.

So even if you disagree with Trump’s politics or hate his guts for whatever political reason it’s very hard to argue against the fact that our economy has been running on five cylinders for over two years now.

And clearly the absence of a trade deal or being at odds with China has neither stifled our economy nor has it prevented equities from climbing to new all time highs, has it now? No, we’re doing just fine – thank you very much – it’s been everyone else that’s been suffering.

Grab a globe and point at one country that is in better economic shape right now than the United States of America. Europe (lead by Germany) is about to implode economically. And I’m dead serious. There actually have been recent suggestions by high profile German politicians to confiscate homes held by real estate companies and to nationalize their own automotive industry.

During Merkel’s tenor Germany has been getting rid of coal and nuclear power whilst completely neglecting their physical and digital infrastructure. As a German you may get better Internet access during your vacations in Turkey than at home where broadband access is almost non-existing. I somehow don’t sense a rosy future for the Krauts there. Glad I got my butt out of there a long time ago.

China is on the brink and thinks it can play mind games with the economic powerhouse that has enabled its rise. Who did they think they’re messing with ? Mama Merkel, ‘Paris Burns’ Macron, or ‘Dancing With Indians’ Trudeau? Oh I’m sorry, did someone just trip over one’s own delusions of grandeur and superiority?

Russia – well, it’s Russia and Putin’s playing the cards he’s being dealt. But at least the women there are smoking hot so they’ll be okay no matter what. Honestly if I was born Russian I’d be on welfare and just prowl the streets all day. Don’t tell my wife.

And South America is just starting to come around now that Brazil is pointing the way after finally shaking off the shackles of liberal socialism. Also has hot women – but I’ll never convince my wife to move there, she knows me too well. If I was investing outside of the U.S. (and I just may) then Brazil would be the first place I’d look at, but it’s a long con that probably doesn’t pay off before retirement.

Also the timing of this whole China whipsaw is highly suspect as the bear’s technical double top scenario clearly is a dangling carrot most institutional players would have a hard time passing up. Well – perish the thought! 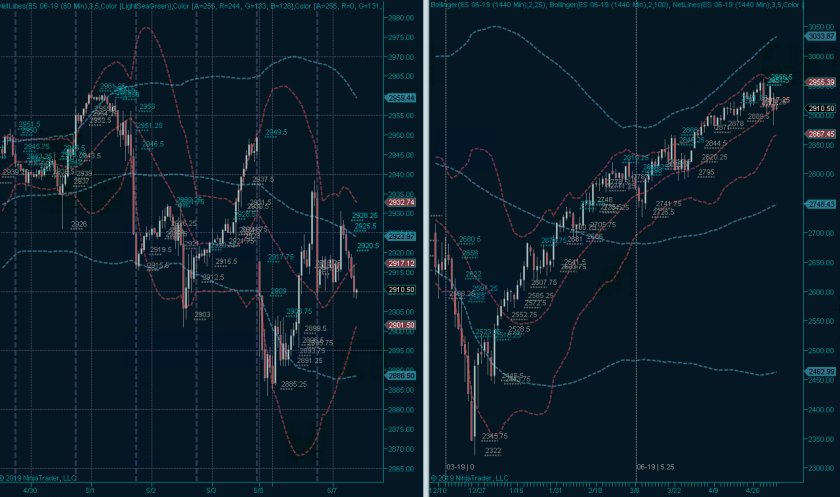 Okay now let’s take a look at something real – something based on actual facts. Price – specifically the price action on the E-Mini futures, which is clearly in the process of painting lower lows and lower highs. And that is bearish but there is a problem. I cannot be bearish – or bullish – in a situation where the market’s direction changes more often than a hare called Arnold.

Plus the current uptrend has not officially been broken yet. There’s simply too much noise and I’m not in the habit of taking contrarian trades (fail a dozen times) and then later claim having caught the top (paging Mr. Prechter!). Yes, I’d love to be bullish here but please see above – lower highs and lower lows – so that’s a non-starter.

In summary: This thing will have to play itself out first before I’m even remotely interested in throwing my hat into this ring. Play stupid games win stupid prices. A younger more exuberant (and less experienced) market mole would have spent hours poured over his charts attempting to predict the market’s next direction.

Fortunately I know better now. If there’s one thing I’ve learned over the past decade then it is that it’s crucial to only participate when the tape is easy and actually gives you a fair shot at banking coin. Easy market – we trade. Shitty market – we watch. Yes it’s that simple – everything else is just noise and subterfuge.