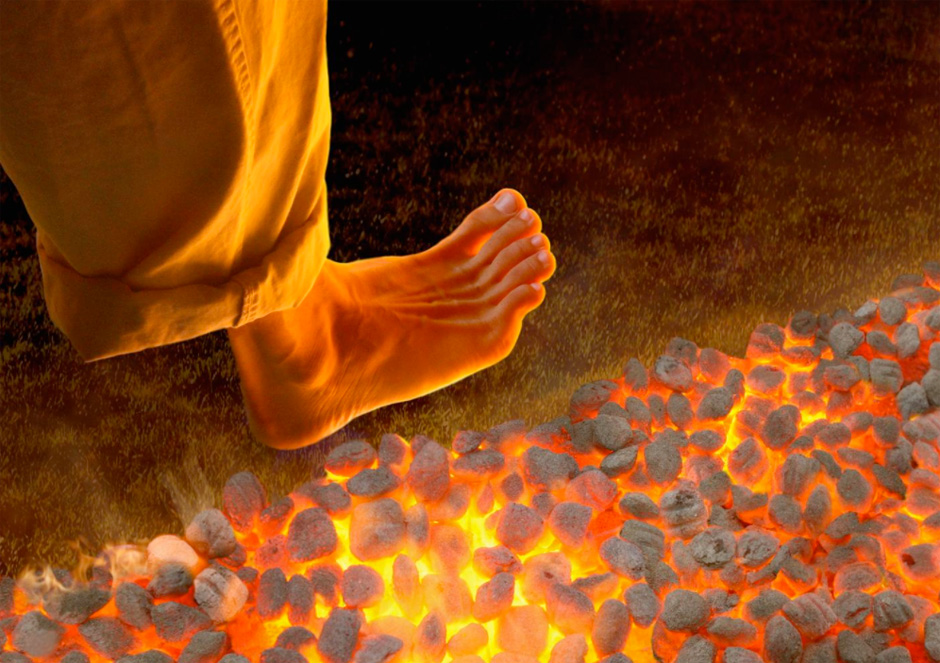 Something’s cooking and although I’m not sure what exactly is going on, my Spidey senses are tingling and that usually means that it’s best to tread cautiously and assume a wait and see position. It’s either that or someone spiked that mushroom soup I had last night, in which case I hope you’ll enjoy my very last post ever. Now all joking aside, my suspicion is that we may be approaching at a temporary bounce in the USD, which may just be the reason why several of my open campaigns are currently in the process of reversing. Let’s take a look: 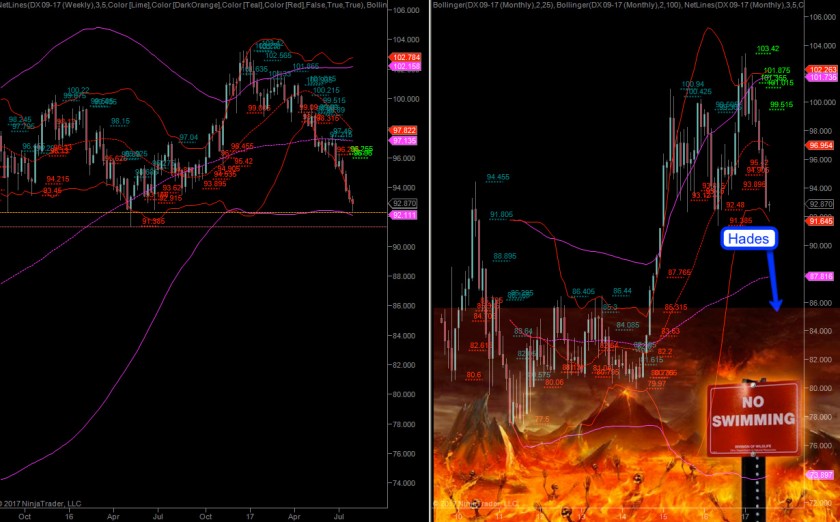 The USD has now descended to a crucial inflection point I highlighted a few days ago. The weekly panel on the left shows you long term support produced by our lower 100-week BB plus two spike lows in the 92.1 vicinity. I hate to be a drama queen but if the Dollar continues straight lower from here then a whole boat load of stops will be triggered and we may just descend all the way into hades with no hope for a bounce until around 87.

By that point you’ll be using Dollar bills as toilet paper or wallpaper if your house is really small. By the way, why is it toilet paper but wallpaper (together)? English doesn’t make any sense and every Spaniard I ever met seems to agree. Anyway, I am somewhat exaggerating of course as the Dollar was just fine in the 80 range between 2011 to 2015 but those were different times and I have an inkling that Draghi and his ECB cohorts weren’t prepared for a 20% increase in the EUR/USD exchange rate when predicting sunny days ahead across the European Union.

Either way, if the Dollar drops this low I’ll be in a very very crappy mood, so you better hope it doesn’t happen. By the way, about the featured image: it is literally this hot here in Valencia right now, except that it’s also humid as hell. When turning on the cold water faucet late in the evening we need to watch out as to not burn our hands – no joke. And they always claim that building standards are so much better over in Europe. Bullpucky… 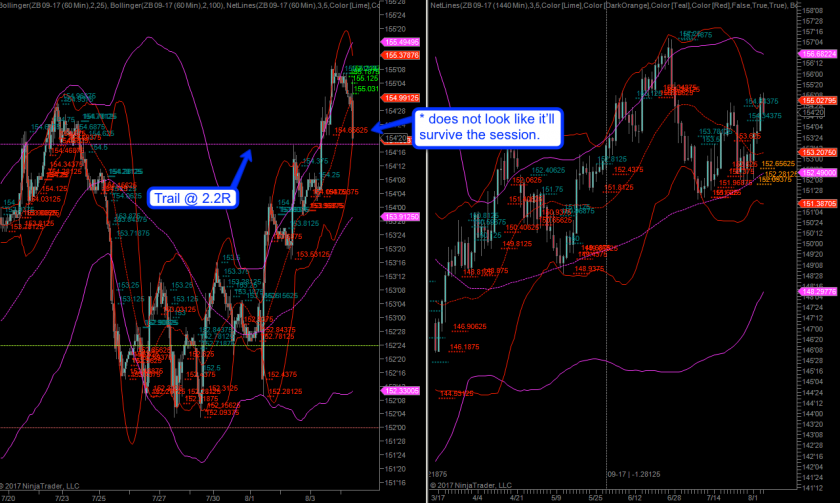 Alright, let’s observe the damage. Bonds are probably going to be stopped out today as it’s nose diving and is now trading only a few ticks away from my trail. On the upside that would lock in about 2.2R and that’s ain’t bad. Alright, please stop reading now – the rest of the post is not very interesting… have a good weekend! 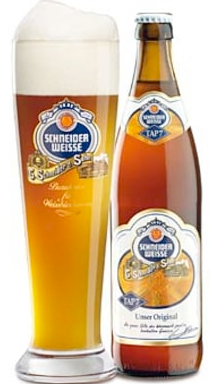 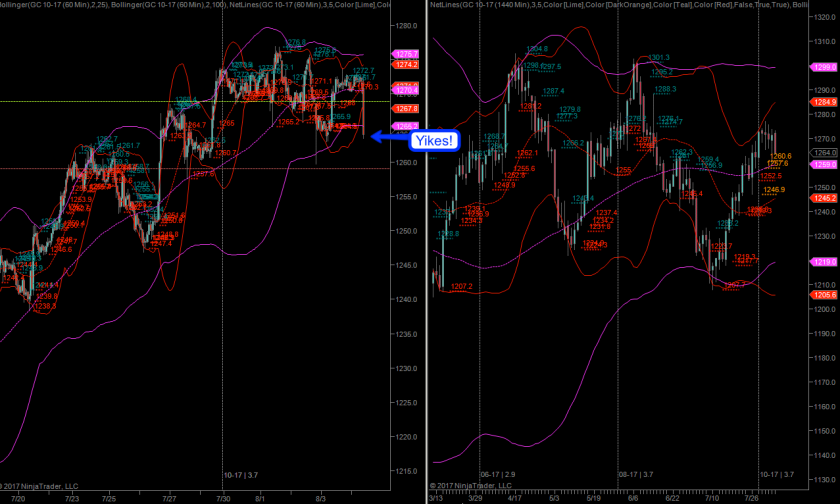 Damn it, you just couldn’t help yourself, could you? Well, gold just gave me a yikes and here I was thinking that the express elevator was waiting. Which apparently it was but it’s going the wrong way. Not stopped out yet but seeing futures drop like this across the board isn’t exactly promising. 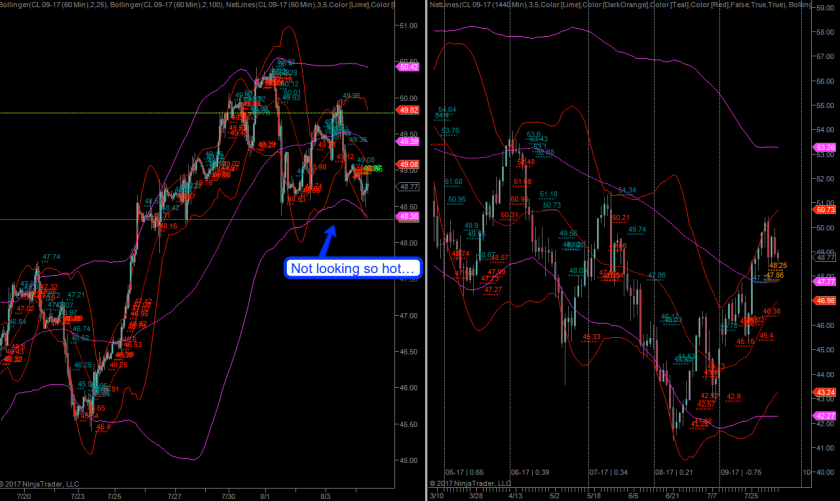 Crude has been sickly since my entry and odds of survival are now pretty low. This definitely was worth a shot however as the general setup is extremely juicy until about 48 plus minus a few ticks. There’s a bunch of daily support accumulating there and although it may not help us with with this campaign it seems we at least may get a chance for revenge (yes, I’m joking – never trade your emotions – only trade technically sound setups). 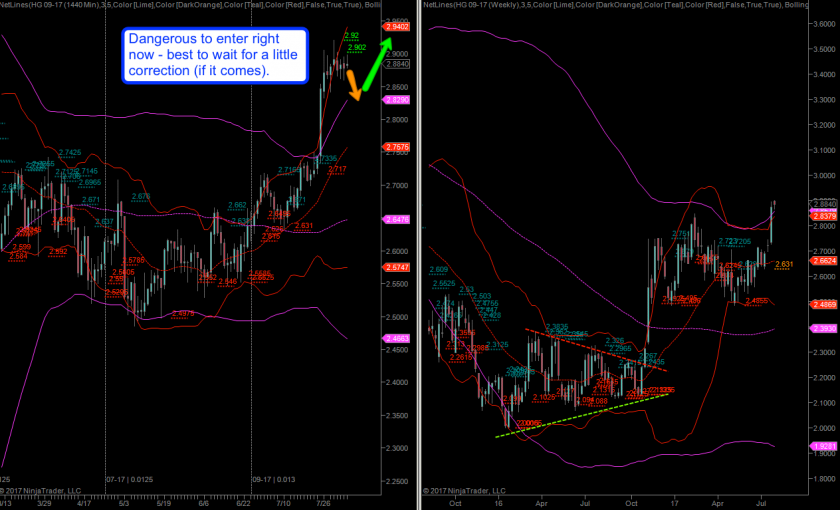 Now copper has me fascinated right now but clearly today isn’t the right moment to strike. What I would love to see here is a fast drop toward that upper 100-day BB which scares all the children and gives us adults a chance to buy in cheap. I know being long after such an advance may ‘feel’ risky but that’s just an illusion. Statistically trend break outs like these (see 100-week BB) have a good chance of continuation *after a retest and breach of the previous highs*. To be clear – the entry is a coin toss but once it breaches the previous highs the odds of success not only jump to 75% or higher but you often also see big trend moves. Which means that if you aren’t greedy a small position pays off handsomely. Hope that makes sense – if not please do not ask in the comment section  **

One entry however I cannot refuse today:

** It’s already happening! The lower the Dollar drops the more abusive I get.