Alright, we’ve got another FOMC kabuki dance tomorrow and Wednesday – the ‘highlight’ being the much dreaded meeting notes announcement on Wednesday afternoon. So, it’s fair to suggest that the tape is going to be a pain in the ass – don’t expect a nice clean trending day like today – you will be greatly disappointed. 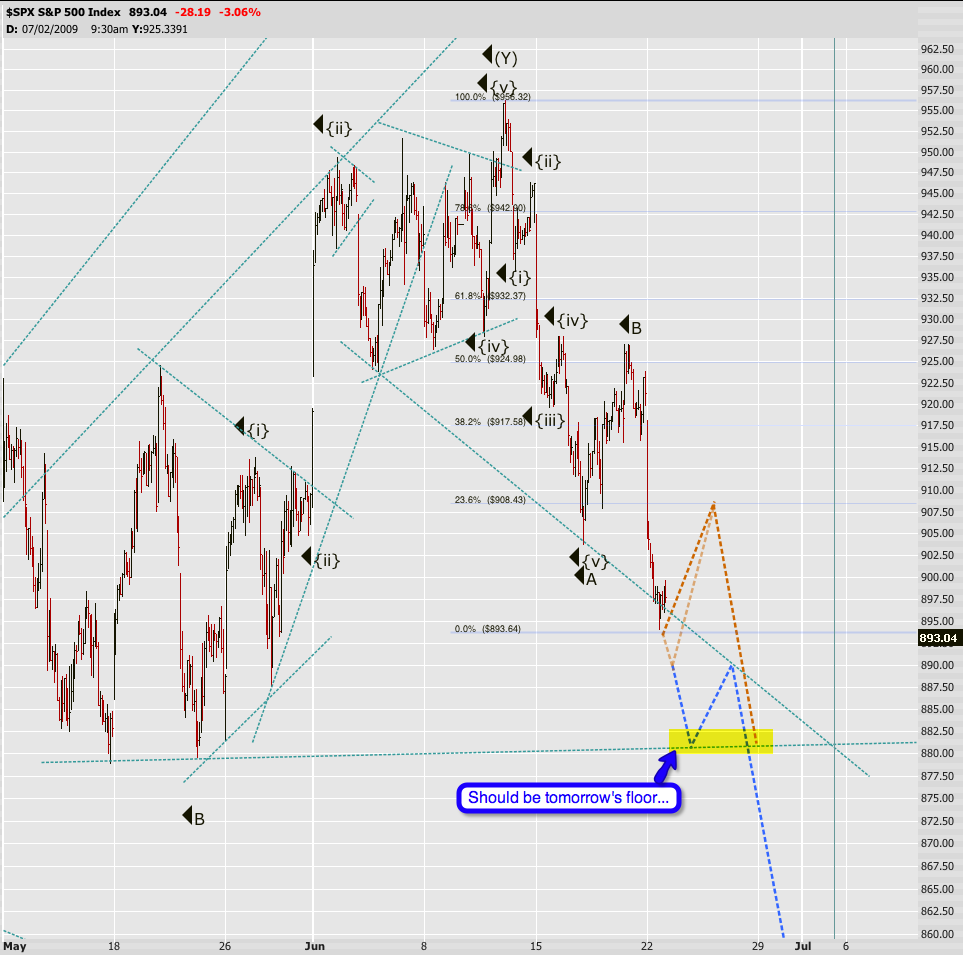 I’m not going to quote a wave count for you guys tonight as various scenarios exist – for instance it’s possible that this third wave is extending further downwards (i.e. blue scenario) – or that the current motive is of smaller degree than anticipated. I talked about the latter last week – remember, I kept saying that I wasn’t sure whether or not we’re painting a Minuette or Minute motive wave here. Based on today’s rapid descend it’s very much possible that we traversed in a Minuette degree wave since the Friday high and that would mean a lot more downside.

However, for tomorrow I see a floor around the 881 mark – there’s a lot of support there from about a month ago. I see three possible scenarios:

Orange – we bust higher at the open and push towards 907. I really don’t think that would be the end of this C wave – not after today’s 90% down day.

Blue – we gap down or push down at the open – the floor should be around 881, as mentioned above.

So, the name of the game is to figure out where to hedge assuming you are short and don’t want to take hit on your long term position during the expected fourth wave consolidation – no matter which wave degree it’ll turn out to be.

Seems the game plan is fairly simple – barring any nasty surprises on both sides of the spectrum of course. The good news is that I might have more data after tomorrow or Wednesday to project a possible target for this wave down. Again, although we technically completed a 5 I do not believe that this will turn out to be the extend of this C leg. I could be wrong but for now my money remains on an extended drop.