See, it’s always about the follow through – be this in golf, tennis, baseball, or after a nasty Fed induced ramp in the markets. 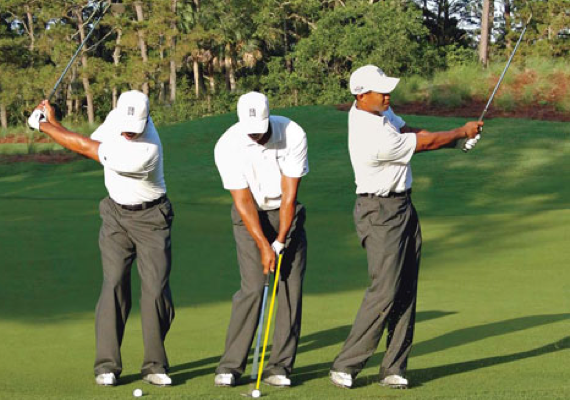 Except that there was none today and the bulls found themselves in a sand trap. Which puts the odds back in the camp of the bears – thus far 😉
[amprotect=nonmember] Charts and commentary below for anyone donning a secret decoder ring. The rest of you guys will have to wait until tomorrow – sorry. If you are interested in becoming a Gold member then don’t waste time and sign up here. And if you are a Zero subscriber it includes access to all Gold posts, so you actually get double the bang for your buck.
[/amprotect] [amprotect=1,9,5,2] 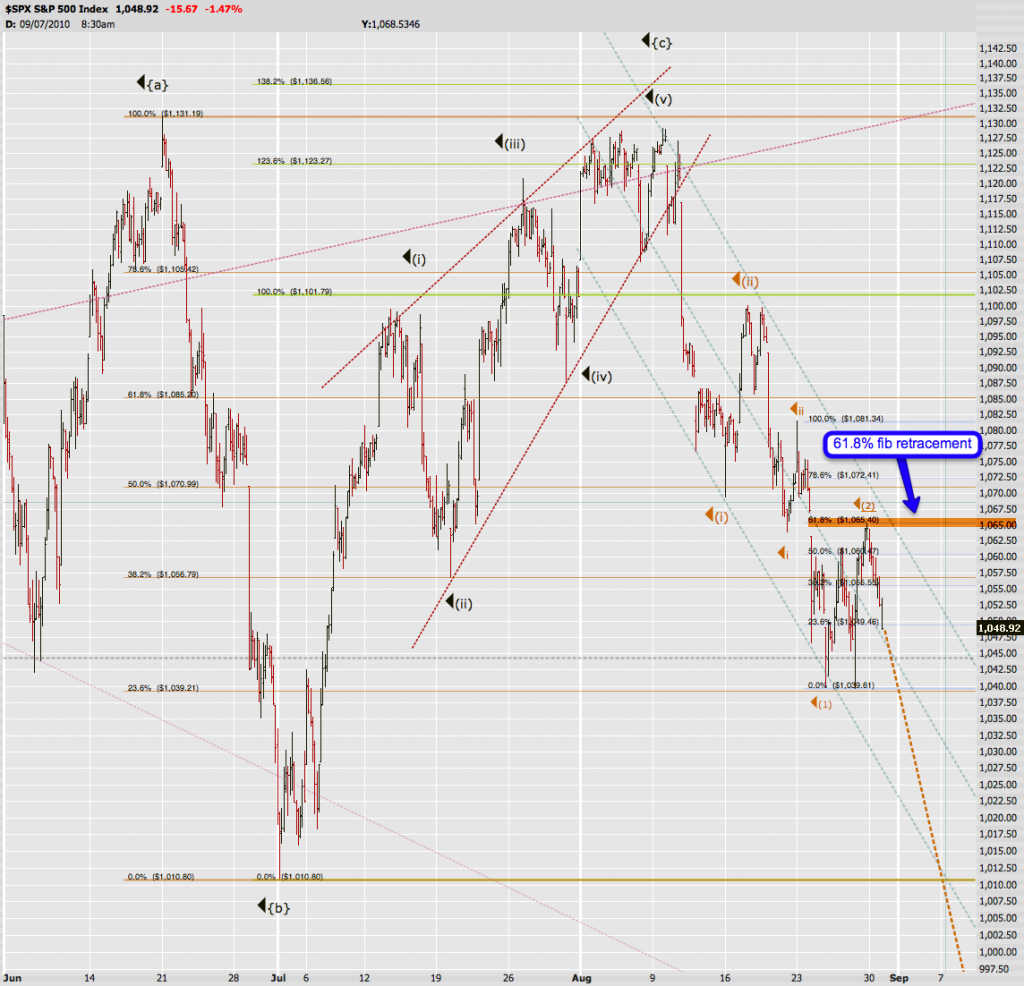 It started as a ‘meh day’ (not to confused with ‘mayday’ – the distress signal) and evolved into a ‘so far so good day’. I like the clean nature of the move thus far. It seems we turned right inside the channel after hitting exactly the 61.8% fib reversal line. Which incidentally becomes our new line in the sand as those sub divisions do not allow for much monkey business.

But this is a lot better than I had anticipated over the weekend. The tape has resumed downward and has wiped out much of Friday’s advance – the pattern is relatively clean – NYSE A/D ratio was distinctly bearish at 0.3 (i.e. 3.36 D/A ratio for the bears). Which was rather unusual, given we registered a 6.49 on Friday – quite a contrast.

We now stopped right at the center line of my little downward channel and don’t want to linger around here for too long. The mantra for the next few weeks is down down down. If we start losing momentum and wasting time I will have to cook up bullish scenarios again as there is not much margin for upside right now.

As I keep saying – it’s gotta happen and it’s got to happen now as we are running out of time. It’s not that I’m impatient but the time cycle only leaves us with a few weeks and some buffer into mid October. 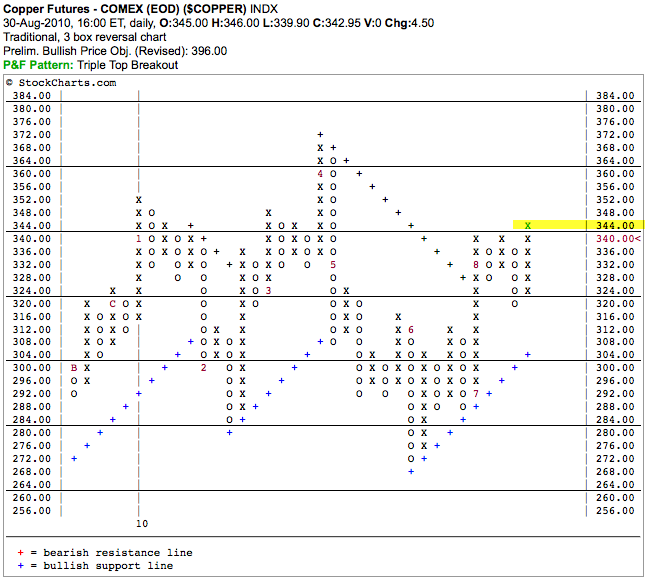 This is the one chart that’s making very nervous tonight. The P&F chart on copper did break above that 340 mark and that’s a triple top breakout with a price objective of 396 (i.e. the longest line of x-es added to 340). The question now is whether or not equities are going to ignore copper’s break out if it happens. Still a chance it’s a false break out but the setup looks solid. 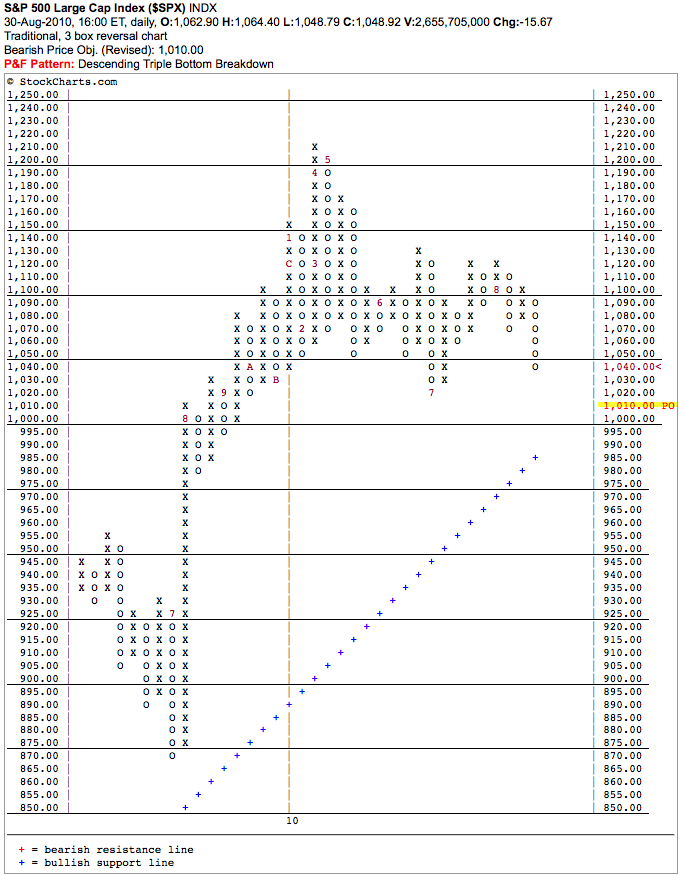 And since we’re doing point and figure charts – here’s the SPX version. As you can see 1010 is the target here – which is support going back to July (the number 7 on the very bottom). We never breached 1010, which is why it didn’t get an x.

Alright, the AUD/JPY is playing along thus far, the EUR/CHF is in free fall – so it’s a mixed setup with currencies looking promising but copper ruining the day by insisting on a break out. If we see more bearish follow through on Tuesday then we may actually have something to work with.