Boy, it doesn’t seem like it when you look at the tape after the fact, but this was a rough day! The Zero did very well, despite all those gyrations but the difficulty was in that we did not have a clear bullish trend confirmation until a minute or two before the closing bell. Otherwise, we might actually would have traded them signals today! 😉 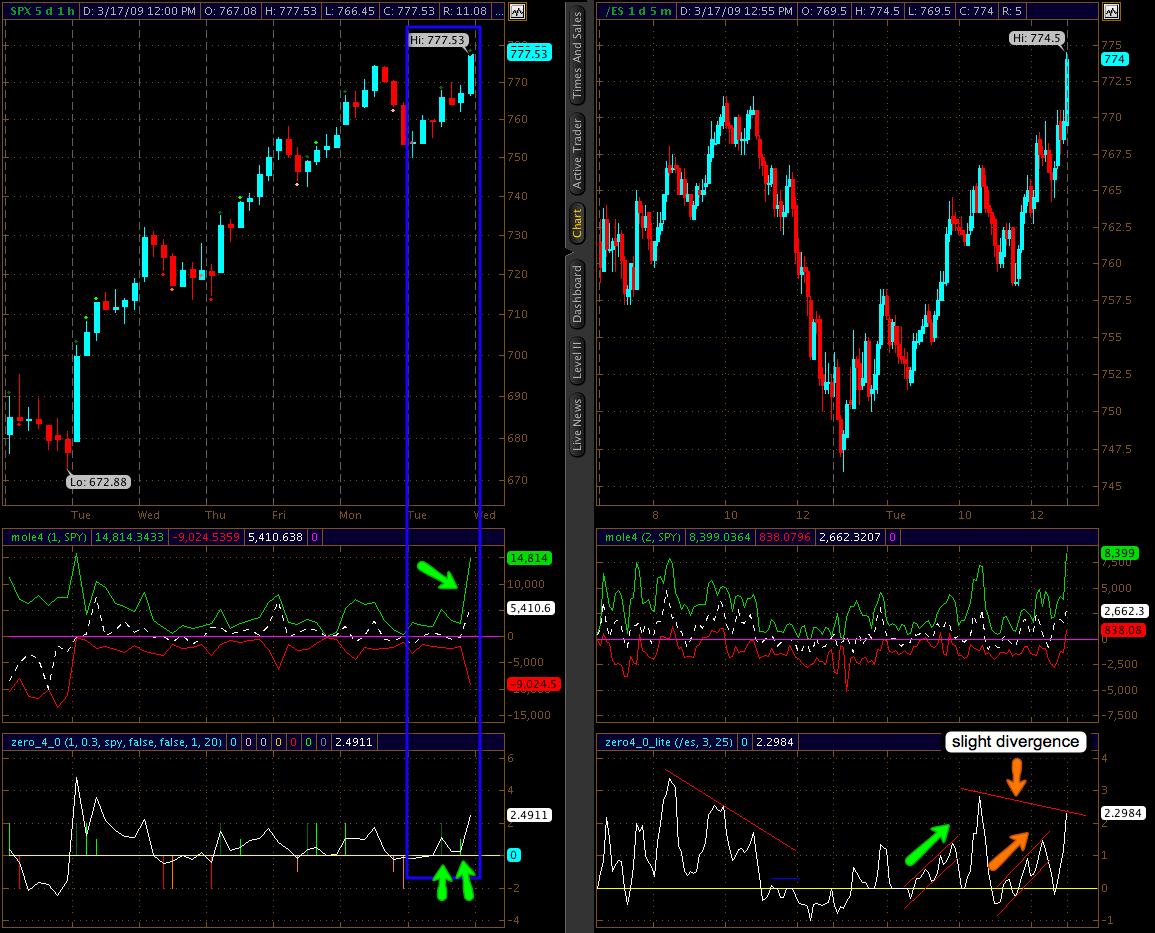 I tried to play the swings a few times but the tape moved so quickly that I ended up break/even at the end – I think that’s actually not bad considering (I know – paltry excuses galore – LOL – give me a break). But the Zero kept us from being married to the short side right from the get-go: Observe the two long alerts we got, which could have been a great long play. For the record – we did have a false positive very early in the morning (i.e. a short VTA) which then disappeared quickly and was replaced with the long VTA before the candle froze. Up to the closing bell the probabilities had remained with the blue scenario and thus I did not want to grab long contracts and trade ‘against the trend’. Not a big deal – better than being caught on the short side 🙂

The Zero Lite did its very best to help us negotiate today’s tape. Observe how it only briefly breached below the zero line – heck, that should have told us something – LOL. I started painting those channels for my super rats (i.e. subscribers) as the signal kept wiggling its way upward. Finally, we got a breach below zero which was then followed by a needle to the upside – just before price action kicked in. I was able to get out of my short positions without any damage – Zero Lite saved my behind for sure today. 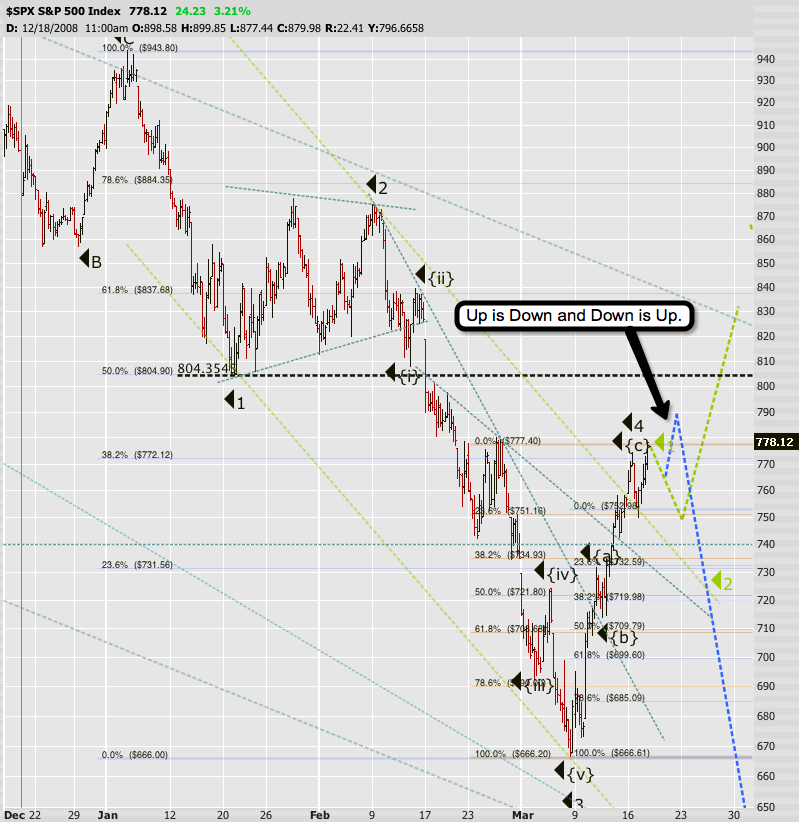 Generally, the blue scenario is now on par with the green scenario – I’d give it 50/50 at this point. We find ourselves at a very curious situation right now actually. If you are a bear you better pray that we drop a bit and then push higher fairly quickly. We need a count of 11 to turn this into a corrective wave (3, 7, 11 is corrective – 5,9,13,17, etc is motive). So, if we drop further than maybe 760 tomorrow and then bounce back it’s actually a bullish sign and will further strengthen the probability that Mr. Green is in play. Mr. Blue needs to push up a bit further but not too far – 804 must not be breached.

So, this hell week presents us with a new slogan: Up is Down and Down is Up! 🙂 I sense a great disturbance in the force:

I see you on the other side – keep it clean, rats!